Bla Bheinn with a Frosty Topping

Our second winter outing for this season, we had been waiting all week for the winds to drop and then nearly missed the snow! but it turned out to be an absolutely fantastic day. The sun shone nearly all day, weather reports of winds up to 35mph and higher were totally erroneous as it was still lower down and at a guess even on the summit the gusts were no more than 20 mph. We set out from the car park at 08:30 hours, down to the road and then up the superb new path. 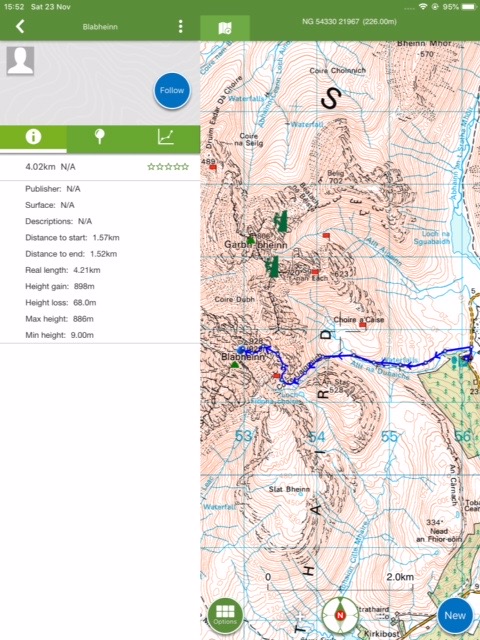 The autumn colours were beautiful Across Loch Slapin to Torrin Autumn Colours across the Red Cuillins Waterfalls on the Allt na Dunaiche


On route were eyeing up scrambling routes for a summer visit. Who knows we may even manage a traverse next year! Sgurr nan Each and the Great Gully The route up from Coire Uaigneich was not obvious but eventually we were on the right track. On reaching the steepest section of scree we veered of to the right to the right where some easy scrambling up a narrower gully was far more pleasant than the scree. The narrow gully on the right Emerging from the gully with Loch Slapin behind 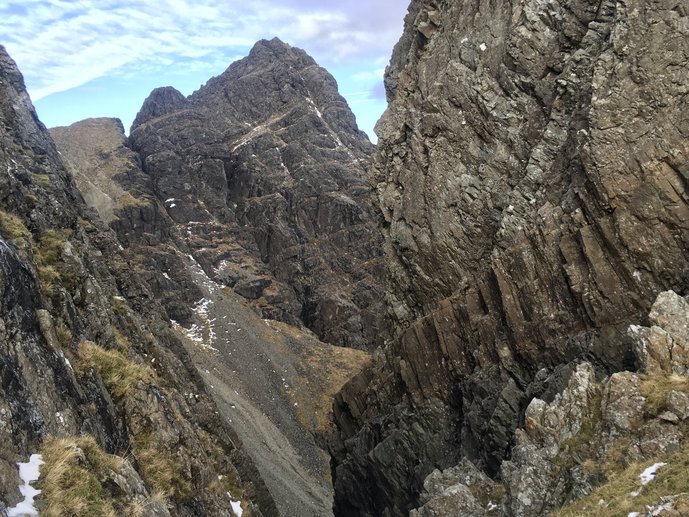 There was patchy snow on the path as we made our way along the top of the eastern cliffs which became more sustained and unavoidable just below the scramble to the summit. We attempted to approach the summit scramble from the right, up a steepish slope covered in hard snow, kicking and cutting steps but there was one tricky move onto icy rock we couldn't manage. The way up on the right as we came down it

At this point we donned crampons, to descend the slope, suddenly feeling far more secure! Oh I do love stomping about in crampons.

Spikes on we easily traversed across the snow to reach the base of the rocky ridge on the left. The rock was clear of snow and just a bit icy, it would have been easier without the crampons but it seemed to much of a faff to keep taking them off. A few delicate moves and we were back on a snow field to the summit. 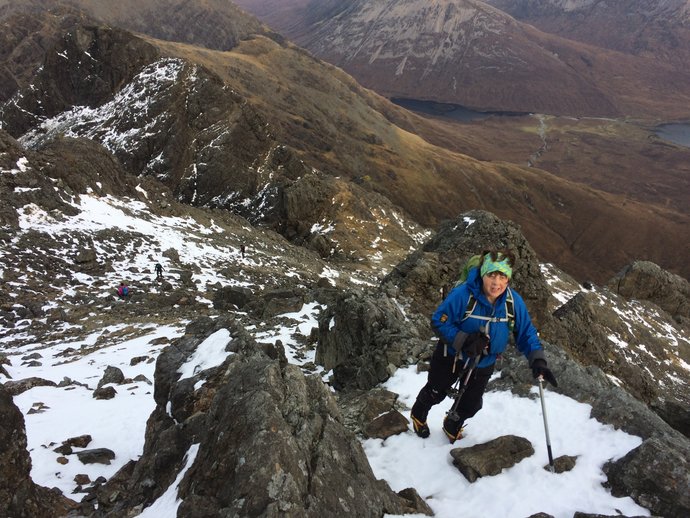 On Top of the scrambley ridge The Sound of Raasay from Bla Bheinn Summit

After summit photos we wandered along the ridge to the col with the south top. 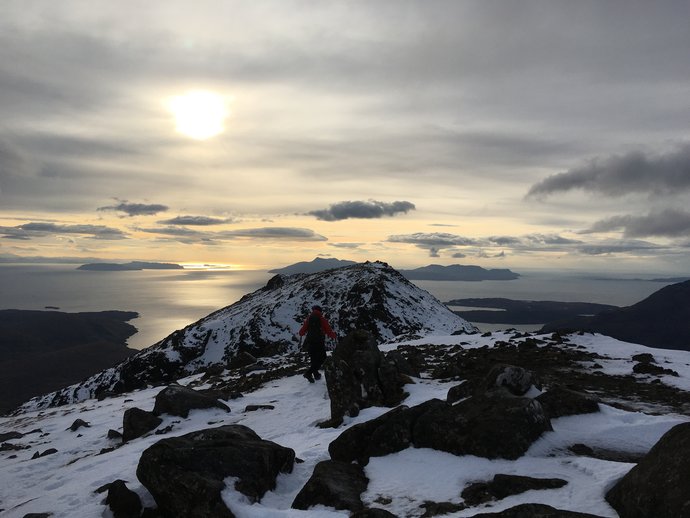 The South Top and the Isles Bla Bheinn Summit from the south Out to the South West. The Cuillin Ridge and Soay The Ridge to the South Top Looking across to the south top

We did briefly consider the scramble to the south summit, but decided to stay safe, enjoy the views and head back the way we came. Looking down in Coire Uaigneich

Doing it Differently on Meall a'Ghiubhais