Win some - lose some

Despite having ticked something off for 13 consecutive days, it still seemed a good idea to attempt a final "short" outing on the way home! Unfortunately, the spell of good weather didn't last for more than 48 hours, and low cloud and rain was not encouraging.
Still, a stop was made in Tillicoultry, near Stirling [not to be confused with the village of the same name in Sri Lanka!], which would be a great place to explore in better conditions.
Who said it is better to travel hopefully than to arrive? Anyway, a break in the rain made it look as if it wouldn't be too bad to have a go at one last Graham . . . hmmm.
The Mill Burn, flowing south from the Ochil hills, formerly powered numerous textile mills. One route up onto the tops was a stepped path up the east side. 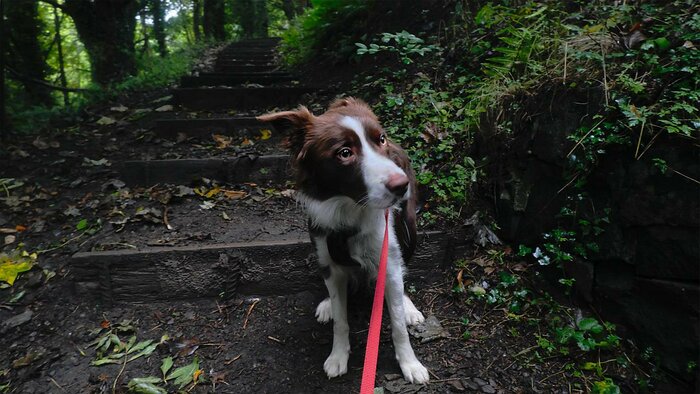 Mining of Quartz dolerite had been another major industry, and had left a big hole. 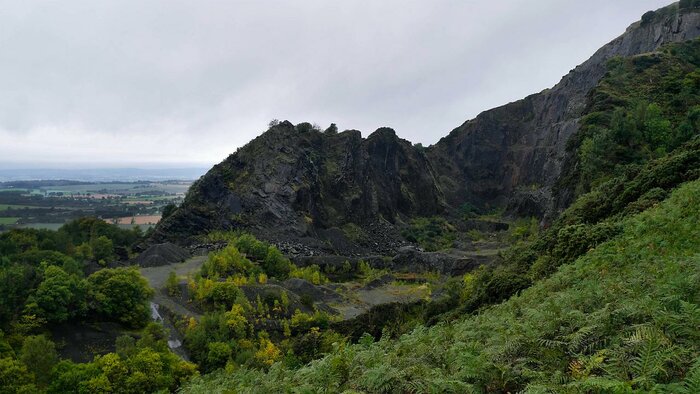 The town is one of the "Hillfoots Villages", and spread out below. 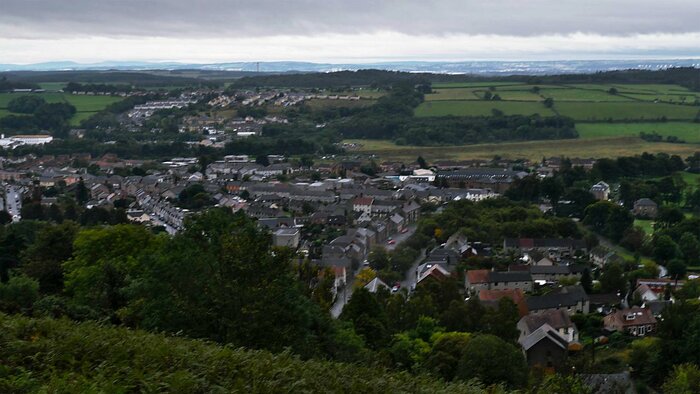 Where two burns join to form Mill Burn, a steep spur north gave an ascent route to the Law (638m). The rain had restarted . . . The valleys are steeply cut through the hard rock. It was disctinctly unpleasant to battle on through the cloud and rain, with nothing much in view. The summit of Ben Cleuch (721m) was reached after 1 hour 40 minutes. The circuit continued over Ben Ever, and it was good to drop out the cloud eventually and see Mill Glen again, and the town beyond. There was a sting in the tail, as the boardwalk along the burn had been washed away. A rope was provided to create a sort of Via Ferrata! A sign at the far end said the path was closed. It would be a splendid walk on a good day, and it was a shame to have done it in such unrewarding conditions. 211007 Ben Cleuch.gpx Open full screen  NB: Walkhighlands is not responsible for the accuracy of gpx files in users posts
Click to mark this as a great report. Register or Login free to be able to rate and comment on reports (as well as access 1:25000 mapping).

A Munro and Corbett from Ardvorlich

A wet morning up The Stob

Dam road a big help on a wet day

Sunshine and showers above Glen Lochan