Thursday, 3rd. June, 2021:
This was the last day of our trip and the weather forecast suggested a bit of rain before brightening skies later so, as it was also my thirty-third wedding anniversary, it made some sense to have an easy morning (buying my wife some silver jewellery from the NTS Glencoe Visitors' Centre) and then making use of the afternoon by getting some exercise on Buachaille Etive Beag.
We had planned to tack this on to the beginning of our three day camping trip at the start of the week but less ambitious (and possibly wise) advice had prevailed and we had left it for later - but with half our party (Alex and Thomas) busy with other commitments, only Steve Chalk and I were left to head up the hill in the early afternoon. Given the high start and the stair-cased path, however, the difficulties were not especially great - the ridge was more reminiscent of a medium sized Lakeland fell than of a towering Scottish peak - so it took only a little more than three hours to get up and down what is still a fine pair of summits in blustery, cloudy but warm conditions. 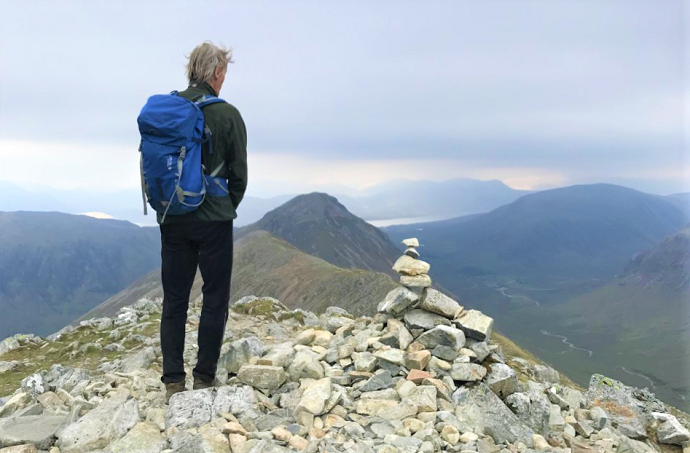 On the north end of the main summit of Stob Dubh, Buachaille Etive Beag 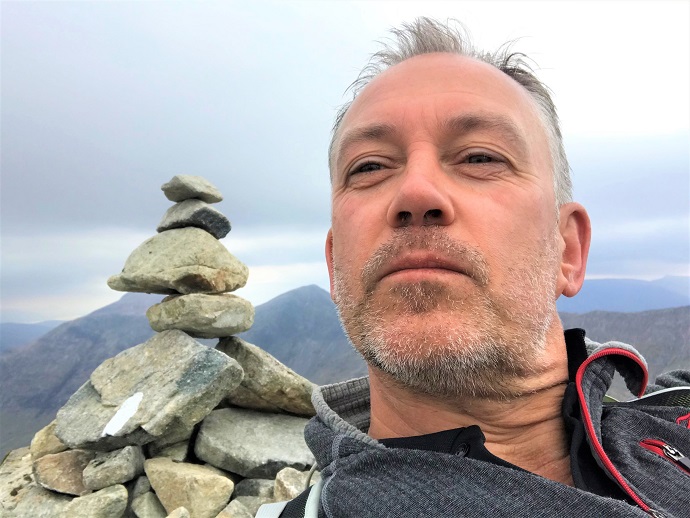 Chalky at his finest by the same cairn on Stob Dubh

Munros One Hundred and Ninety Five to Ninety Seven

Munros One Hundred and Ninety Two to Ninety Four

Munros One Hundred and Eighty Nine to Ninety One

Munro One Hundred and Eighty Eight