It has been a while since such a long cold ,settled spell of frosty weather has visited us here in West and something you could get well used to from the usual "uisge trom" (heavy rain)

With that in mind i decided a local hill was needed for Sunday's fine forecast and Creach Bheinn being only 10 mins up the glen seemed a fine choice.

I have been on this hill many times ,multiple routes and deviations are numerous the ridge onto Meall Odhar via Allt Coire nam Frithe Allt being a particular favourite. On this occasion i decided the a direct route making use of a hydro track behind Carnoch farm and which given the heavy snow would make the walk slightly easier once the snow line was reached at around 200m.

Tha sneachd gu leor a bh' ann ..there would be heavy snow , no doubt and for sure i was the first on the hill in 21' 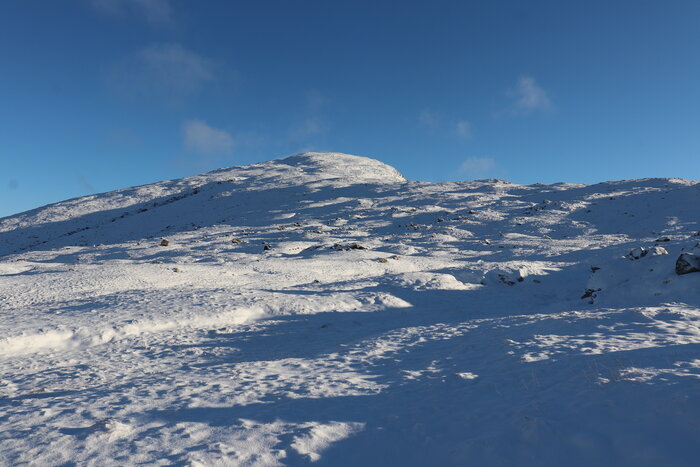 Usually this route is wet and covers many glacan and torran holding deep wet pools of peaty water but today a good foot of soft powder snow with hard frozen ground beneath ..tiring but good for walking 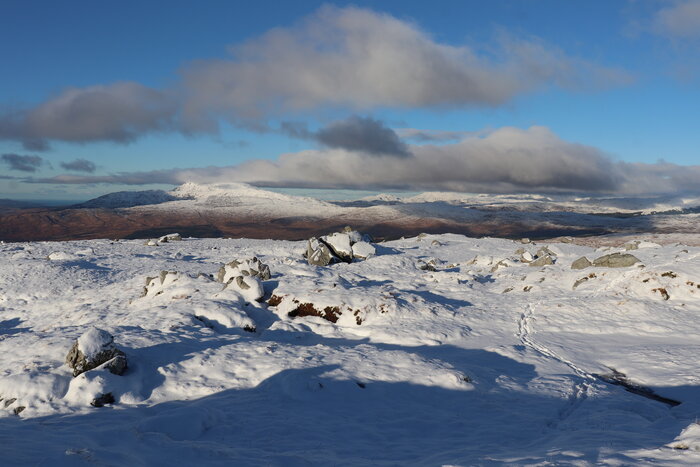 We were headed for the bealach between Creach and Fuar bheinn which rises to the South of the Cùl Mhaim hoping to catch the sweep of the ridge to the summit with a wee bit less snow. 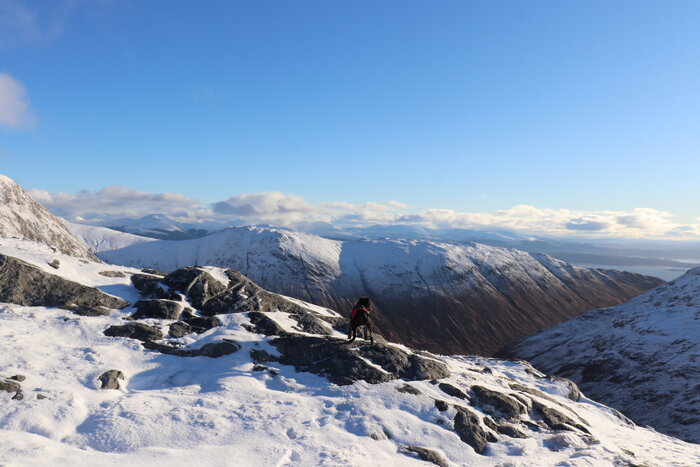 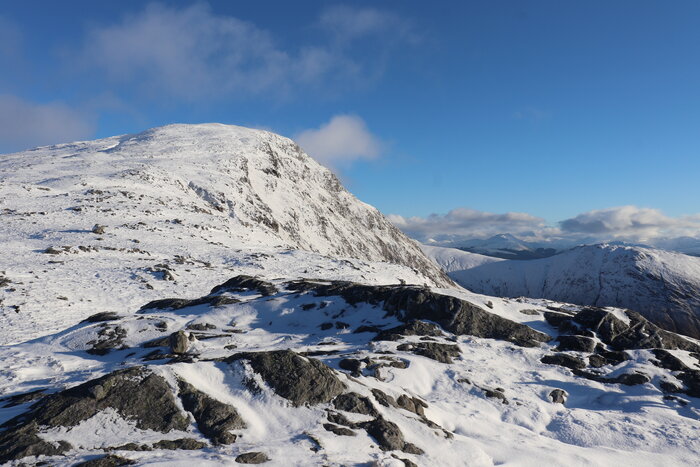 Abair sealladh ...grand views already and the snow well manageable but no less deep ,still no need for crampoons or axe given the depth and firm footing underneath the boot coping well . 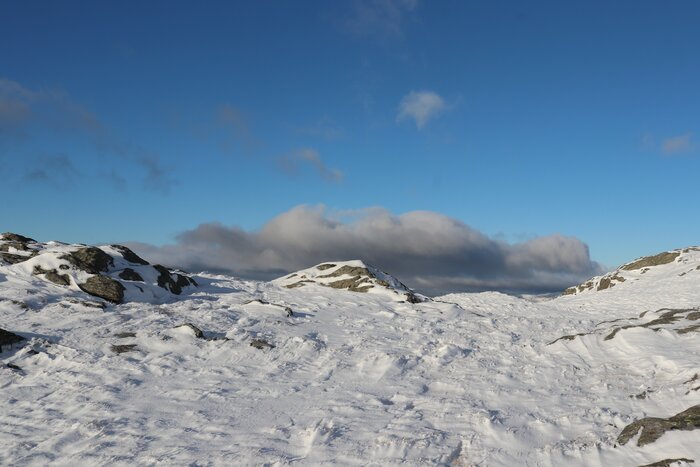 We made slow but steady progress here mindful of the edge although no slab forming as yet with a southerly aspect tending to heft to the shallower west slopes. The Cìochan Duira (Jura Paps) were now beginning to appear over the ridges to the south / south west 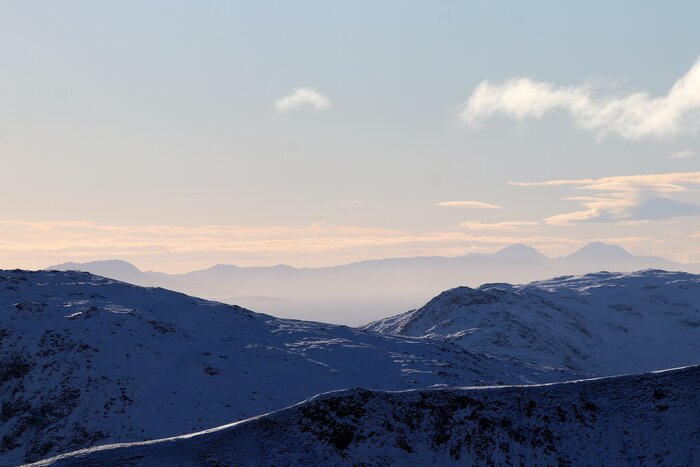 The route up continues to be steep following a wee south running ridge however no major issues just a care to watch the foot ..... grand views now down the Linnhe Seileach to na h-eileanan a ' Deas and Eilean Muile. 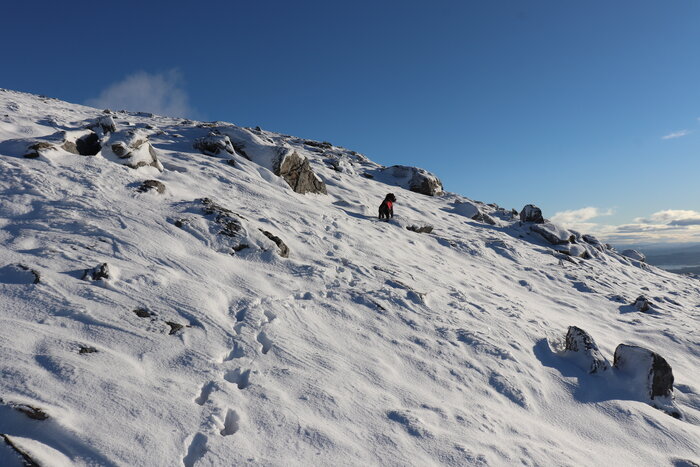 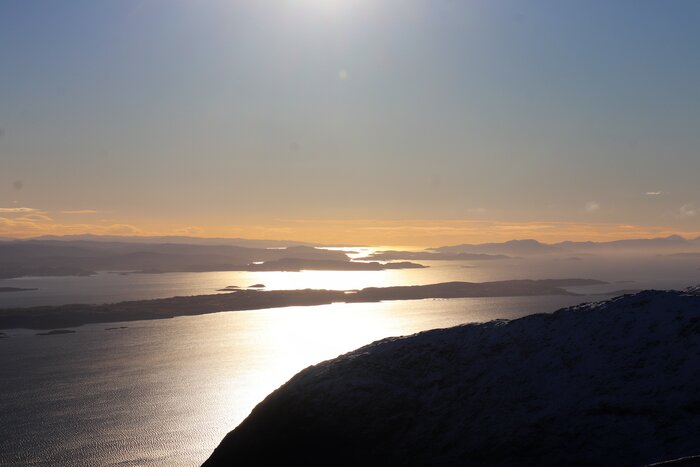 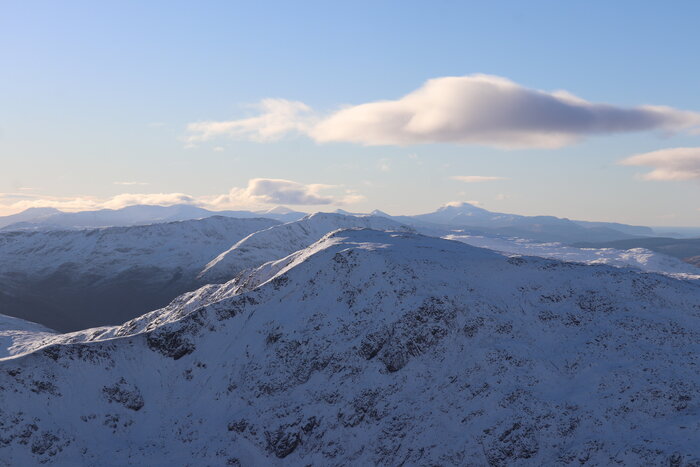 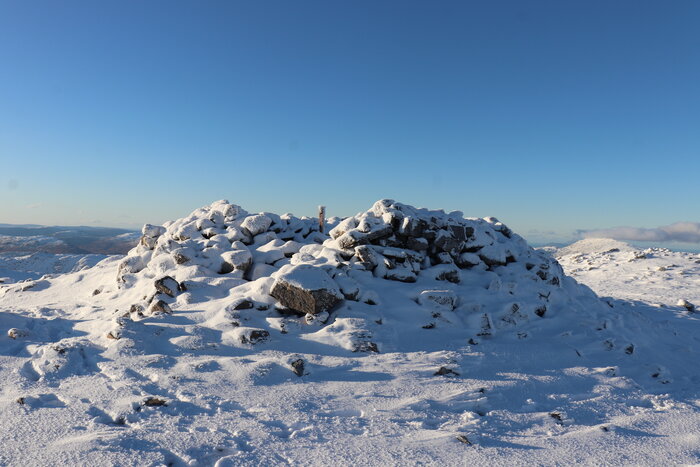 From the summit here , extensive views all round and the sky clear but with some heavier cloud to the North /North West which added to the atmosphere 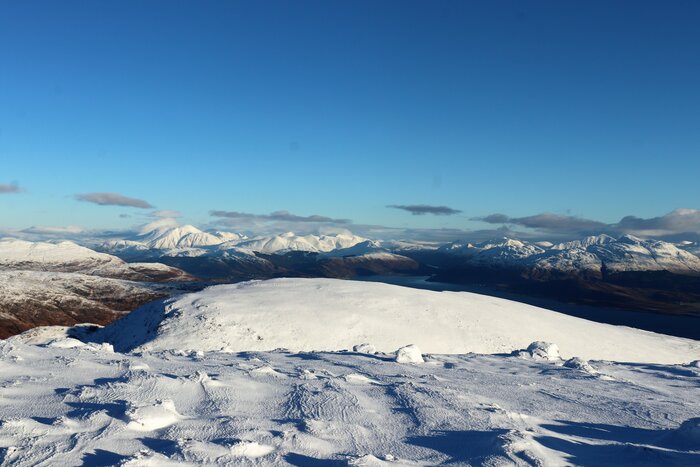 To the wet Beinn Mòr on Mull was holding a wee bit cloud as was Beinn Resipole to the West ....abair dathan ! 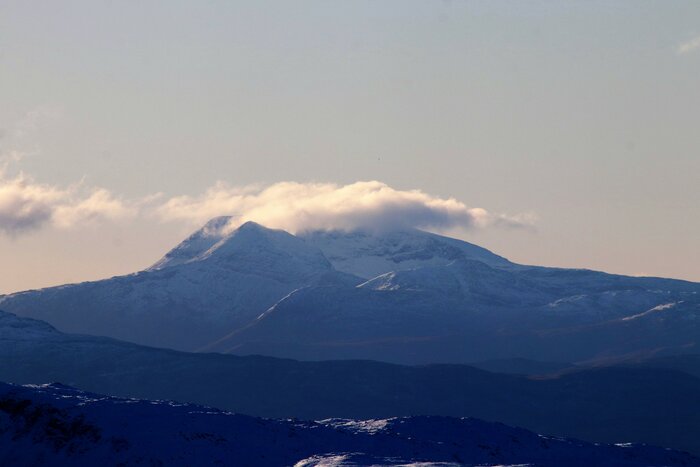 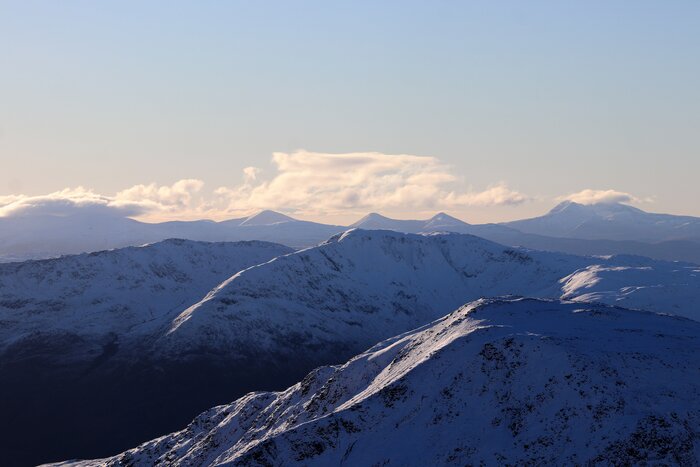 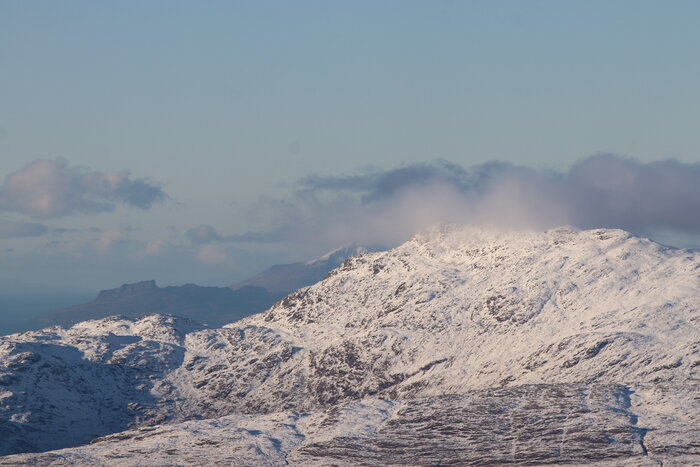 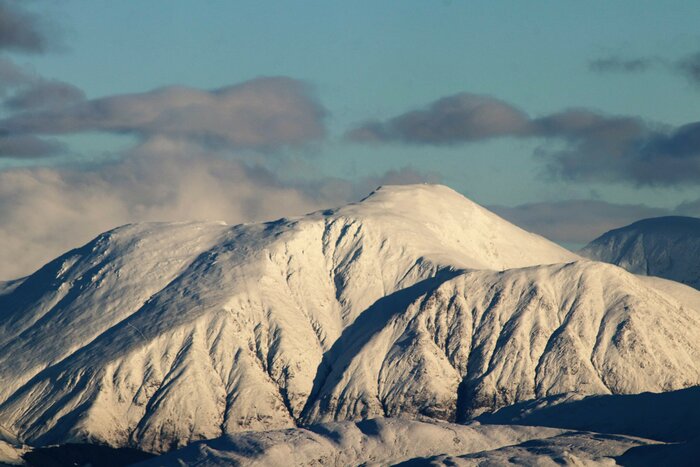 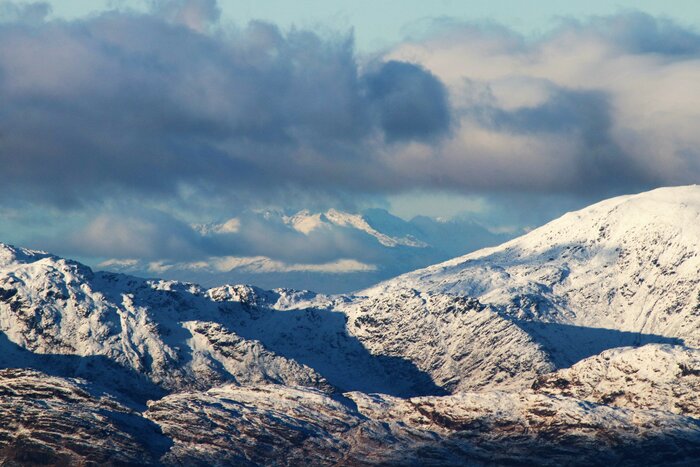 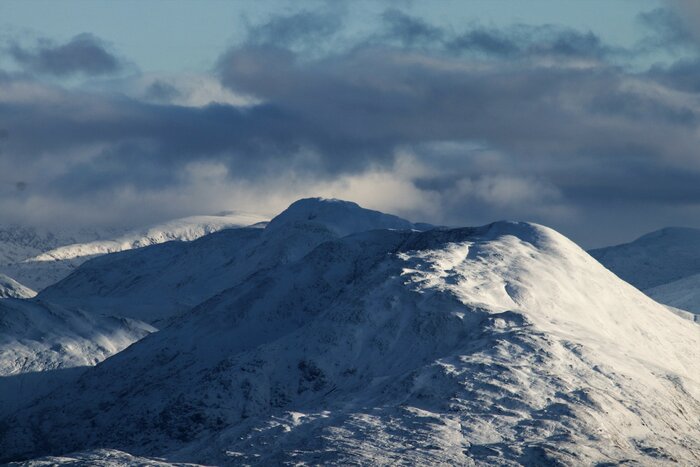 At this stage i had a choice to make whether to go down past the Colby camp and onto Meall Odhar (S/SE) ridges and then phone my good lady to pick me up in Glen Tarbet or head back West the way i came maybe taking in the wee west top of Glas Bheinn 626m above the bealach Coire a Ciùil Mhaim then catching the last of the light from the the sun which at 2pm was already dropping fast ... and that was our choice in the end 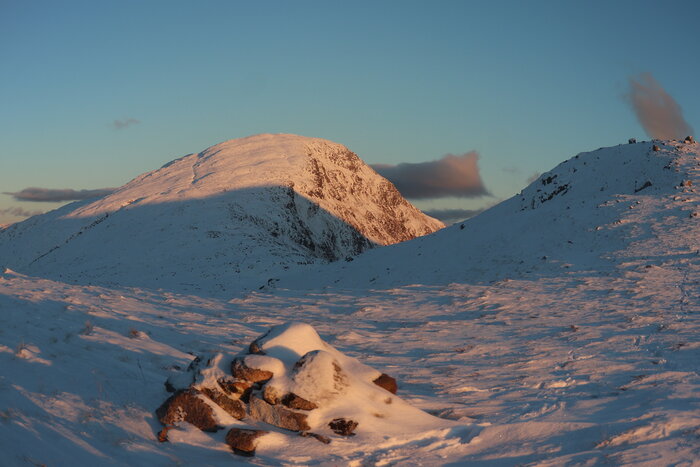 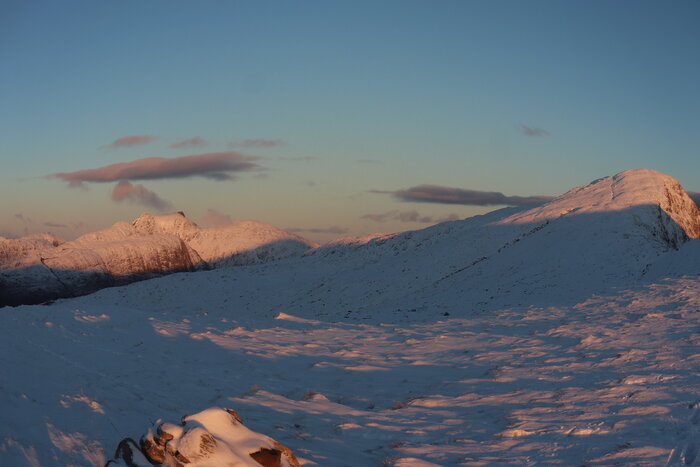 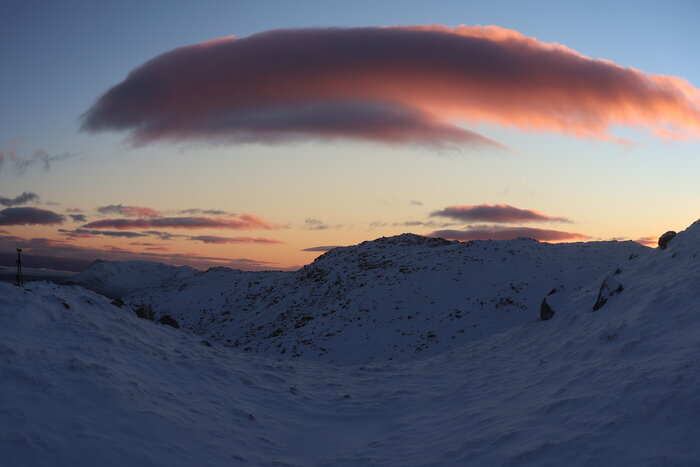 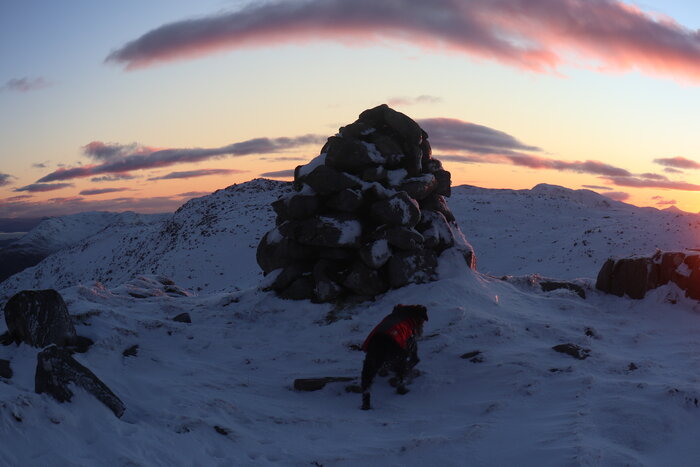 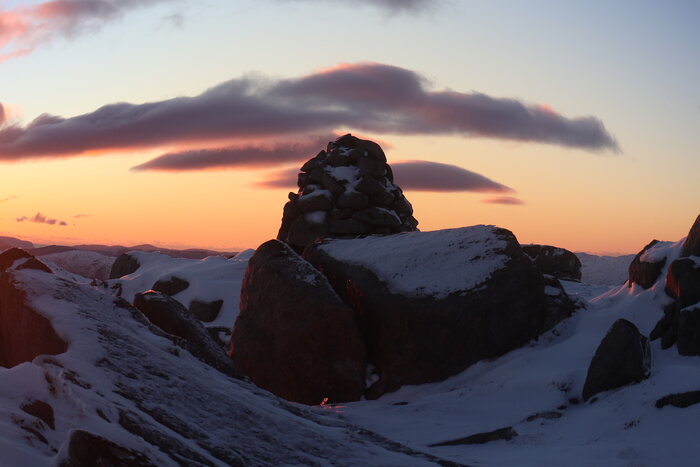 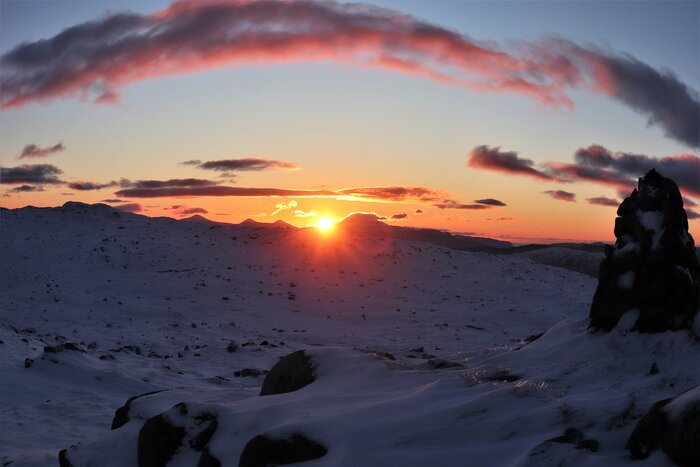 The tactic for finishing on this wee torran west of Glas Bheinn was that for to catch the sundown and also to link onto another hydro track located west of the Allt na Crìche and around 300m down from this 626m unnamed top and which then leads you down a further 300m of steep but metaled track and onto the A884 Carnoch - Lochaline road. 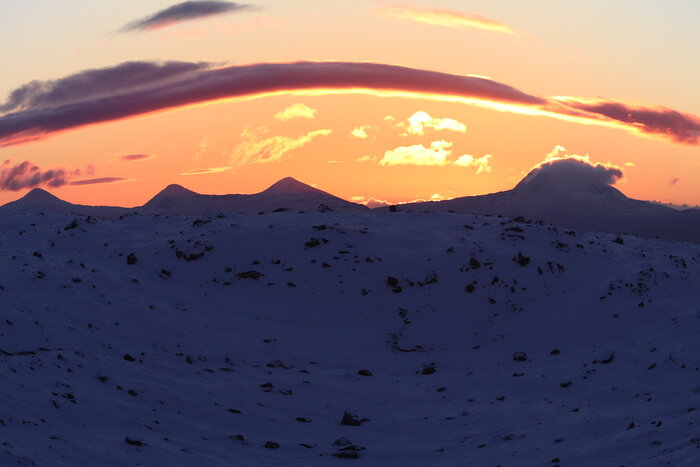