So I had been looking forward to this route for a while, Lochnagar and the Four others on the White Mounth

The weather looked promising, and before I even reached the car park I spotted these two huge Sea Eagles (I think they were Sea Eagles, let me know if they are not 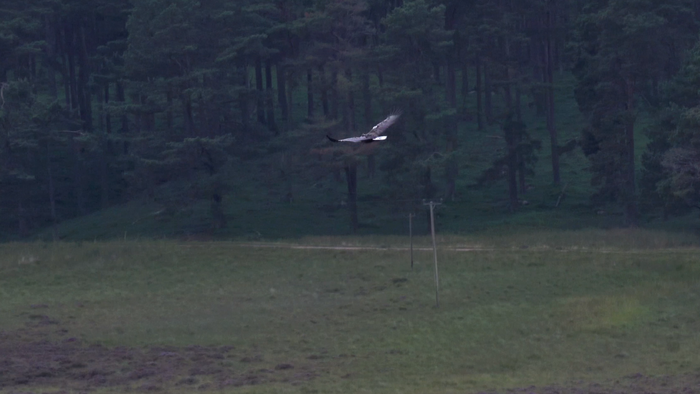 It was then time to walk (After paying £5 to park), the walk quickly goes past the toilet and visitors center, then forks right towards the first Munro of the day - Lochnagar. 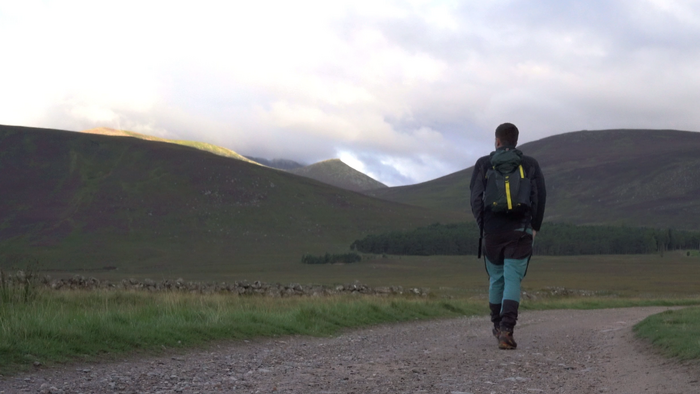 This part of the walk was great, a quick walk through woodland, a river crossing then a gentle incline toward the bealach between Meikle Pap and "The Ladder".

Once up on the bealach, the wind got pretty intense - so was a quick photo then on to the summit of Lochnagar. The cliffs and loch looked amazing from here! I followed the corrie around, until reaching the large cairn at Cac Carn Mor, it was impressive! But lochnagar was looming so I made my was across to the top - before reaching I noticed a figure in the mist Stag in the Mist

Turns out these stags were chilling right next to the Cairn - sadly the views disappeared when I got to the top, so I focused on the Stags. They were happy to be photographed - well except from the last one! Cheeky Stag What a sight to see, probably the highlight of my day

It was then on to the next Munro - Càrn a' Choire Bhòidheach, it was nice easy walking to get here, not much in the way of views as it is an open plateau though. A great feeling of space though. It was a similar walk to number 3, with a small river crossing in between - Càrn an t-Sagairt Mòr. Now this munro is probably best known for the plane wreckage of RAF Canberra. The cairn has a hint of this as parts of the wreckage are now interwoven with the cairn. I made my way North to have a look, literally about 15-20m away lies a wing from the plane. Sadly the wing has been engraved with peoples names and initials. 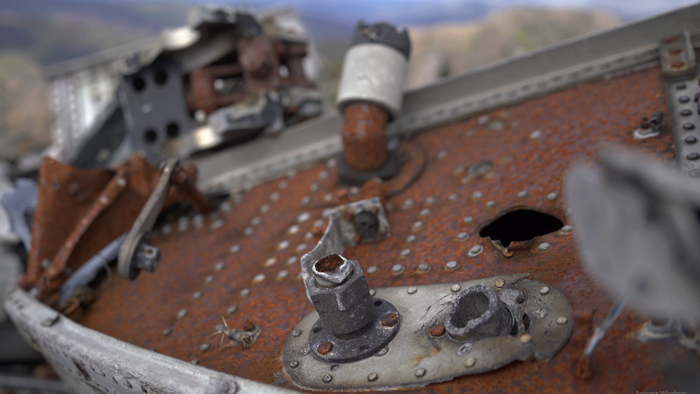 It was a slightly eerie sight, as the two crew members sadly lost their lives here. Some of it is in surprisingly good condition, considering it was in 1956 and has the harsh conditions at 900m up.

Anyway, it was on to number 4 - Cairn Bannoch. This was probably the easiest Munro-Munro link I have ever done

just what you want at that part of the walk. It was slightly rocky towards the summit, but before I knew it I was at the hill of the cake. There were great views of the a waterfall here. Finally, it was time to make to to the final munro of the day - Broad Cairn. Again a nice easy walk over the tundra like plateau and I was there. There were surpringly good views from here! Down to loch Muick and beyond. 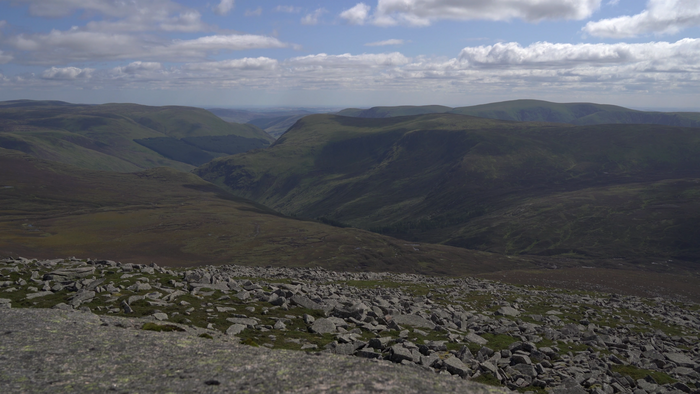 I had my lunch here then made my way back to the start of the route. I had read that this is a long old slog (6+ Miles), and don't get me wrong - it is a long way! But I really enjoyed it, stunning views down Loch Muick and over to the Royal Bothy (Glas Allt Shiel). This was built in 1868 by Queen Victoria. Amazing setting.

The final bit from the end of Loch Muick to the car park was hard going, but all in all I had an amazing day out

Also got my Munro total up to 86, feels great getting towards the triple figures! Really enjoying the journey.

I also have a Youtube channel, where I am filming my whole journey from start to finish (Yes I must be crazy

).. I love video editing/photograhy and the outdoors, so this is the perfect way to combine them

Plus I love looking back at my trips!

Here is the video if you would like to check it out:

Probably gives a better picture of the day out, rather than my description

James
Click to mark this as a great report. Register or Login free to be able to rate and comment on reports (as well as access 1:25000 mapping).