So today was the day I was going to hit the half century, 11 months after beginning my journey..

I left the house at around 5.30am, hoping to get a nice early start at it - here are the views on the way down: 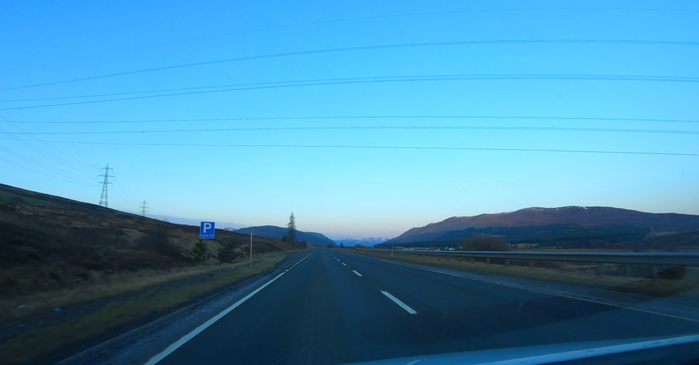 Anyone else get that buzz when you see clear skies on the way to your Munro destination?

So finally made it to the car par at Loch Moraig, and was surprised to see 6-7 other cars and some tents pitched up, good to see people out and about again, but still unexpected!

The little walk in to Carn Liath was beautiful, lots of wildlife and great scenery. I was then faced with the steep(ish) pull up to the top of Carn Liath, the first Munro of the day. This was on a well built path, halfway up I ended up in the clouds, but could soon see that I would get on top of them. Once at the summit cairn I was treated to an absolute beauty of a cloud inversion, this was to be my 48th Munro.. I sat here for a while, chatting to different people and taking in all the views. After around 20 minutes the cloud started rising, so I made off towards Munro #2 for the day.. the unpronounceable Braigh Coire Chruinn-bhalgain!!

I made my way down Beinn Mhaol, and at the bottom I met two guys, one of them had unfortunately left their mobile phone on the summit cairn of Carn Liath! I was gutted for him.. but unbelievably they phoned it from his mates phone and someone answered

.. and said they would bring it down to them. Think it was his lucky day, the perks of busy hills!

I then made it towards the top of Braigh Coire Chruinn-bhalgain, a few false summits in the clag later, but all in all a pretty easy ascent. Munro #49 bagged. Couldn't see too much here as the cloud kept passing over, so had a bite to eat and made my way to the third of the day. 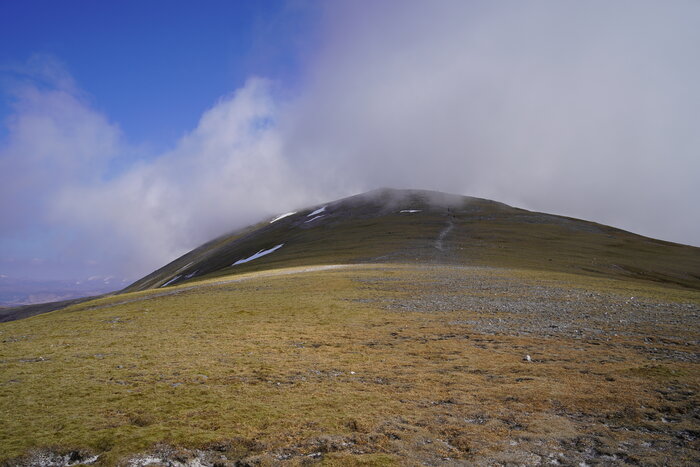 Towards the next Munro

A little bit of ascent then descent over the bealach, but finally made it to the top of Carn Nan Gabher, the hill of the goats! I did get slightly confused by the cairn and trig point arrangement, but eventually made it to the correct top

Can see how this would be missed in deep clag.. Not the best views from here, as there was a lot of low cloud passing, but felt great bagging #50 So last but not least the dreaded descent of Carn Nan Gabhar, so for some reason I decided to take the extremely steep descent down Airgiod Bheinn, which is a little detour from the Walkhighland route, but im so glad I did! It was my favorite part of the walk

It gives a great sense of space, and almost looks impossible when going across the rocks at the top.. Got a picture of the path down Airgiod from a distance: Never looks as bad in pictures..
I eventually made it back on to the well built path, which went on for miles.. (literally) Then made it back to the carpark.. I knew it was busy on the hill, but there was about 40+ cars in the car park and parked up the road

You can certainly tell lockdown has been lifted!

Anyway here is a video if you would like to see more of the day out :

I am on a mission to film ALL the Munros, which is becoming a bit of a bigger task than I imagined, but I enjoy it none the less, best part of the day is watching all the footage back

Hope you enjoyed, Cheers, James.
Click to mark this as a great report. Register or Login free to be able to rate and comment on reports (as well as access 1:25000 mapping).