Meall an t-Slamain - It has it's ups and downs.


our_route.gpx Open full screen  NB: Walkhighlands is not responsible for the accuracy of gpx files in users posts
With the easing of lockdown regulations, it was great to get away from the local area and explore further afield again. I'd gone to conquer Meall an t-Slamain in the past, but some un-forecasted rain had happened along and I changed my plans as I wanted to experience the view. We arrived in one piece at Achaphubuil at around 08.30 am, after interesting encounters with some frolicsome graffiti and a couple of road-hog stags. 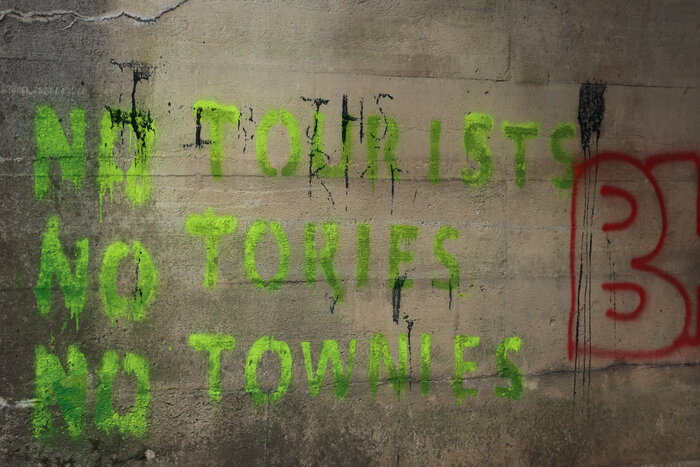 There's plenty of room to park just east of the post box, and after loading myself with enough gear to last a nuclear winter we walked past the houses to the route up to the mast. When the track steepens it is an mixture of gravel, stones and rocks and isn't the easiest of surfaces to walk upon, even more so when descending. 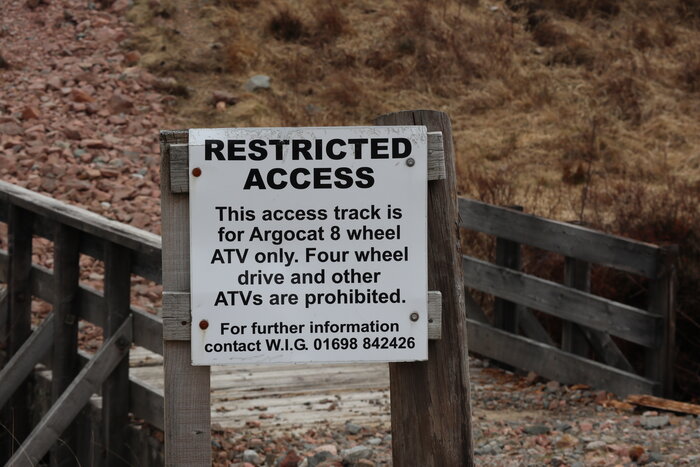 Not sure what one of these is but must be somewhat robust!

As height is gained, the views across Loch Eil open up but thus is just a soupçon, for the rest of the walk. 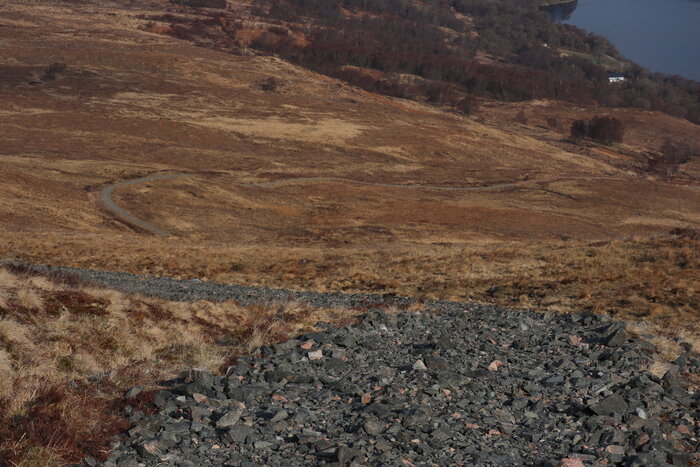 Though there was still a bit of haze at that time of the day, the views from around the mast were quite stunning and took any remaining breath away fro the slog up the hill. 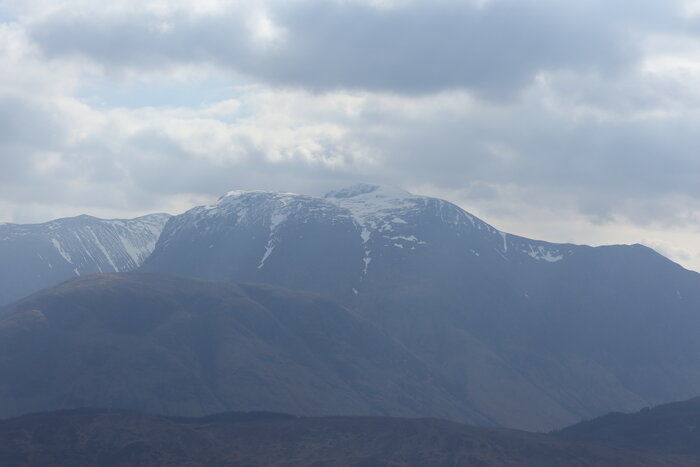 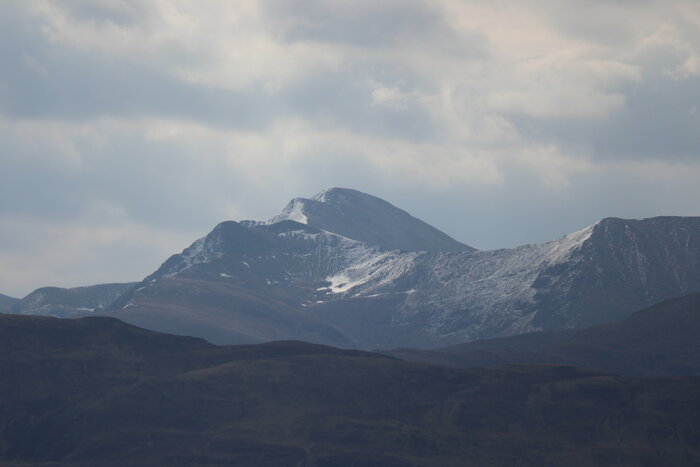 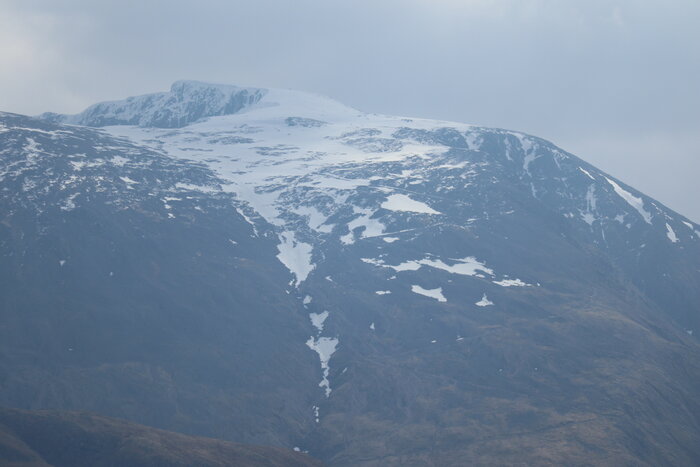 . We were rather fortunate that it had been dry during the week, so the underfoot conditions up to the summit were uncommonly dry for a Meall and occasionally traces of ATV track and animal highways helped progress. There is rather a lot of ups and downs on the route though. I stopped counting after three, so rest assured that there's at least four! 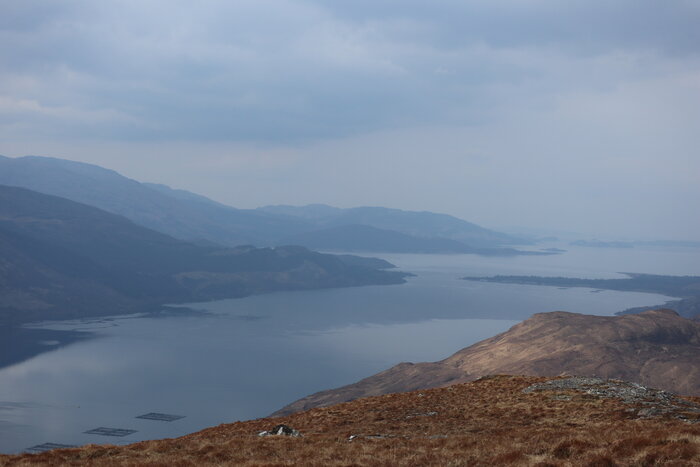 Loch Linnhe through the haze. Stob Coire a' Chearcaill from the cairn. 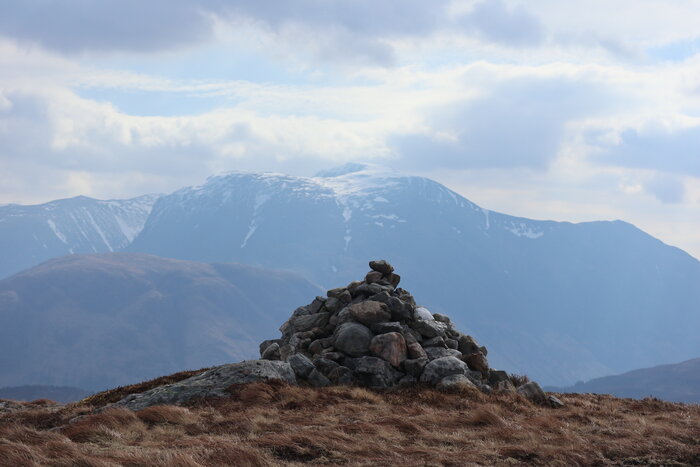 Snow on the Ben. 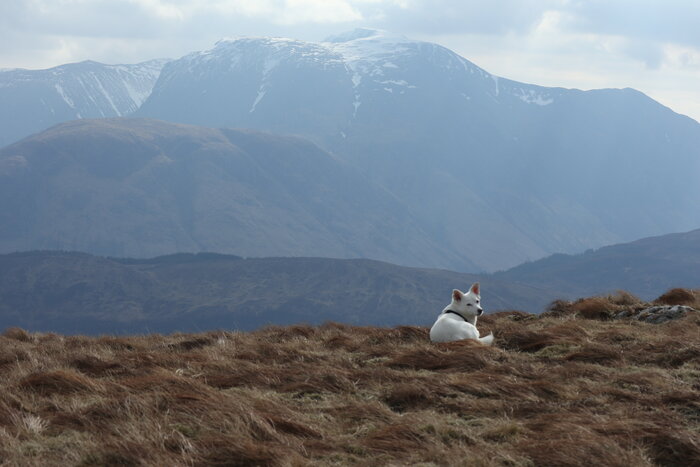 Canna bored as the old man is taking too many photos.

. We returned by the same route and although it was deserted on the way up, there was a steady stream of people huffing and puffing up the arduous slope on the way back. We also encountered a common lizard topping up the tan. I'm not sure how common these are now, as it's a while since I've seen one on my travels. 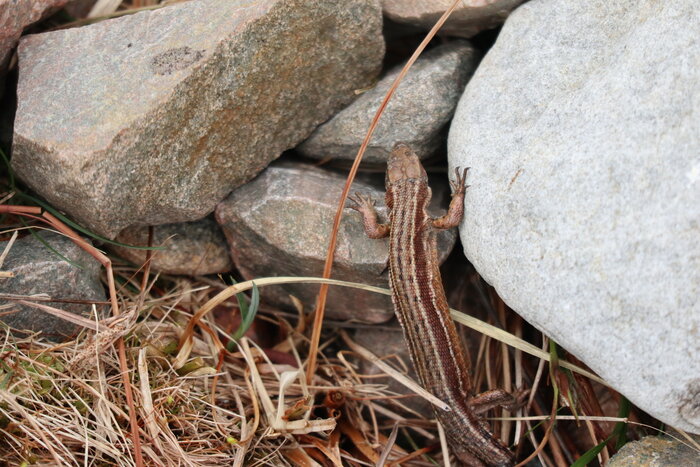 Who are you calling common?

. Meall an t-Slamain is a smashing little hill that can be done in a few hours and is well worth a visit. Save it for a sunny day! 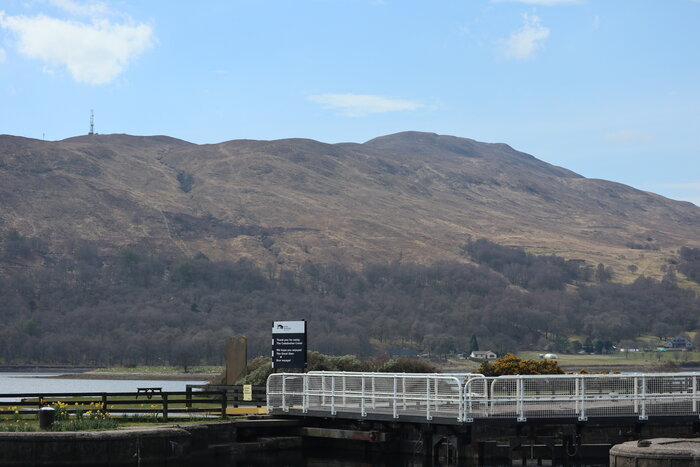 Meall an t-Slamain from Corpach.


Creag Dubh in the mist and snow.