Saved for a dry spell

Firstly, the Walk Highlands walk description is absolutely spot on, easy to follow, so no need to repeat the directions.

We saved this walk for a dry period - so got it done after the ridiculously long dry April and early May....we'd done East Cairn from the Harpering reservoir end a year back and it was pretty boggy, so knew to avoid wet periods.

- no need to be squeezing onto verges. 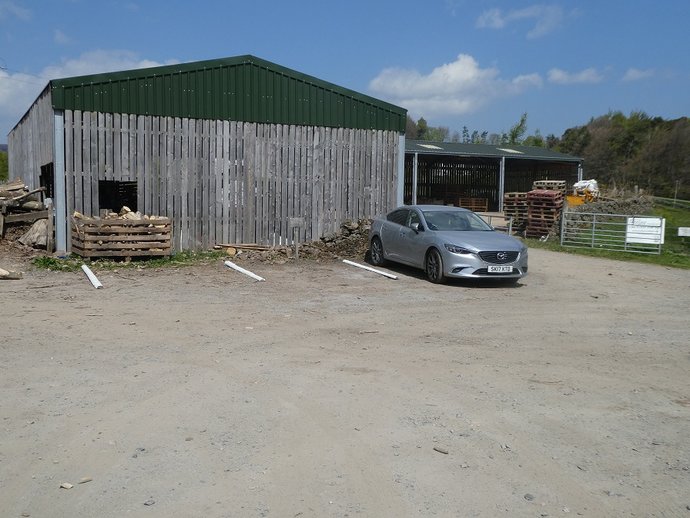 We were greeted by the local mayor....sorry, mare....and headed off. Easy going, steady uphill, following the WH route to the letter. The grassy track (at the end of stage 2) was very feint, but managed to follow it up to the top of Mount Maw. Views South to the Borders and South West to Tinto and the other Pentland outliers were pretty good. The various bealachs and hollows were pretty dry, spongy at worst, but after rain or snow melt, I imagine they would be pretty wet and squelchy. The views across to the main Pentland range were great - particularly as you don't normally see them from such an angle. Crossing a couple of boggy sections we nipped back and fore over the wire fence to get the driest path before starting up East Cairn. There was a section of barbed wire and we were worried that we might not be able to easily cross back, but it was short and we were able to swap sides again easily enough.

Summit of East Cairn is a bit of an anti climax - nothing of note up there....just a few stones that looked as though they might mark the summit. But the main cairn at the north end was the main attraction - wonderful thing and a great place to sit and contemplate. Heading down, we knew the dip before re-joining the Theives Road would be boggy (having previously trudged through it)....but it was dry - again a bit spongy, but nothing to worry about. Back down towards the reservoir we met a few Highland cows - very docile, though their horns looked a bit on the sharp side. The track continued back past Baddinsgill Reservoir....with good views back over to the various lumps we strolled over. Mount Maw to the right, Wether Law, The Mount and East Cairn to the left.

The continued easy track back took us back to the start

Great walk in dry conditions....and great to see the Kips, Scald Law, etc from the West.
Click to mark this as a great report. Register or Login free to be able to rate and comment on reports (as well as access 1:25000 mapping).

Moncrieffe Hill - and some nice views

Dot on the landscape