I first came across Striding Arches in a tourist leaflet in 2016 and decided to explore with a view to leading my friends on the circuit. I reviewed reports in this forum to try and find a way which was a circuit rather than linear along forest roads. The first walk was a disaster; Dibbin Lane was not a lane but a bog with windblown trees and the clear area after Blackcraig Hill was blocked by more trees and the alternate was ankle breaking territory. I sought the assistance of others and appreciate the help from Bill in Forest Enterprise Scotland. 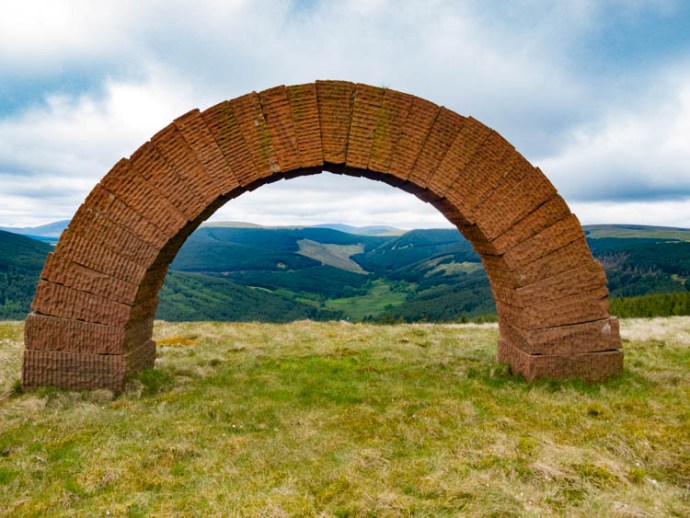 During July/August/September the lower section of the firebreak is wall to wall bracken and is virtually impassable. If coming down the firebreak at these months and reaching the bracken it will be a difficult decision to go back to the top and go around the outside of the forest.
Click to mark this as a great report. Register or Login free to be able to rate and comment on reports (as well as access 1:25000 mapping).


A different route for Ettrick 3

4 Moorfoot Donalds, and a flypast over a bog walk

Meeting the Donalds of the Manor