Not the best way to tackle these two

With Parminder unavailable, this outing gives me a chance to pick off another 2 Munro's so that we can hopefully compleat together next year. George was available and offered to be my navigator. I suggested these 2 hills and George was more than happy as his views weren't perfect on his last visit. It is over 20 years since I last visited and I don't remember anything about them..
I picked George up just before 7am and we headed north, the 'new' part of the A9 certainly saves a few minutes heading north, it can be different heading south but that is a long story.
I checked the forecast late Friday evening and it had changed considerably for the better, wall to wall sunshine. So with that in mind I packed my sun cream and took my fleece out of my rucksack.
I really feel for anyone who relies upon weather forecasts as sadly they seem to be getting worse, the more the forecasters rely on technology the worse the forecasts are getting.
We arrived at the parking area in Fersit and it was very pleasant and once we started ascending we were both down to a short sleeved top.
However about half way up Chno Dearg, the cloud rolled in and we given a bit of a soaking by persistent drizzle and if that wasn't bad enough the route up Chno Dearg is non existent - mainly because very few walkers ascend it first. There is a fairly well trodden path just below the summit and at the start but the open hillside is just awful to ascend, long tufty grass, also a few peat hags and burns to avoid. George disappeared down a hole on the ascent as it wasn't visible and he ended up waist deep, unfortunately my phone was being kept dry.

Very little wind, not a ripple on the river

Nice property in the hamlet that is Fersit

The way ahead for us

There is a path of sorts heading slightly uphill, but that soon disappears and the struggle then begins

Looking back, weather looks much nicer behind us

That would be our second summit - Stob Coire Sgriodain, the much better and more interesting summit

Water feature, not that we needed one as the long grass was soaking and then the drizzle arrived

Looking back, I think you can see what the terrain is like, not back for descending - awful for ascending

George arriving on the summit plateau of Chno Dearg

We had our lunch on the sheltered side of Chno Dearg and boy had we earned it. I really struggled on the ascent, it isn't steep just relentless uneven long grass.

At long last a path of sorts and the cloud is starting to lift too, certainly cheered us up

The way ahead & the second summit in the distance, a bit of undulation to tackle before we get there

View under the cloud

The way ahead, looks like we have to go over the lump in the foreground first

Now we have views, George has his camera out

One of quite a few pockets or seams of quartz

The summit of Stob Coire Sgriodain, we were expecting more ascent so this was a pleasant surprise

Looking across to the Easains through the cloud

George going across to the sticky out bit on the summit

A bit of a crevice on the summit

Looking down on Loch Treig from on high

Northern end of Loch Treig, really shows how low the water level is

The way down and back to the car

A bit of a steep bit on the descent

Looking back to Stob Coire Sgriodain 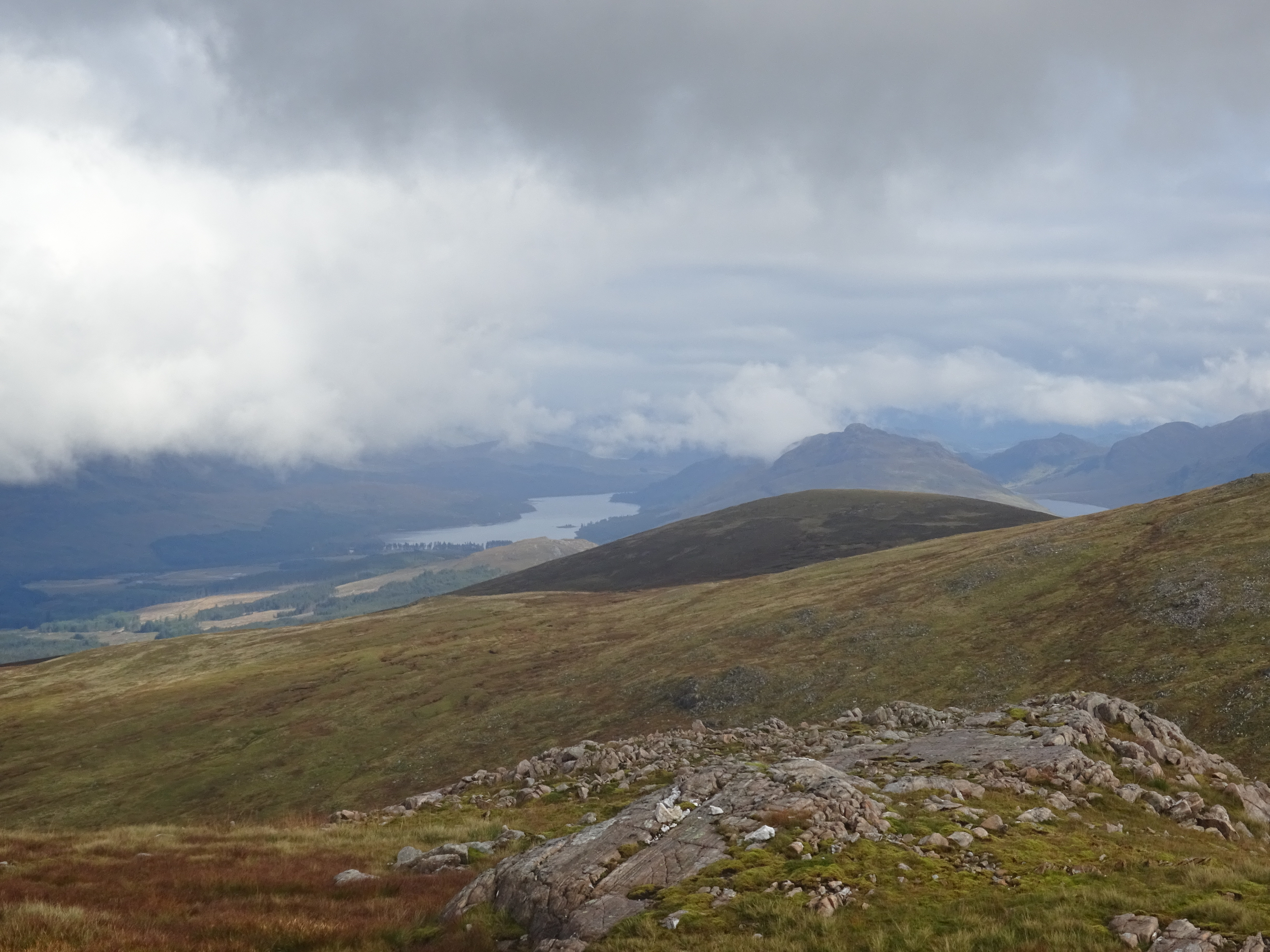 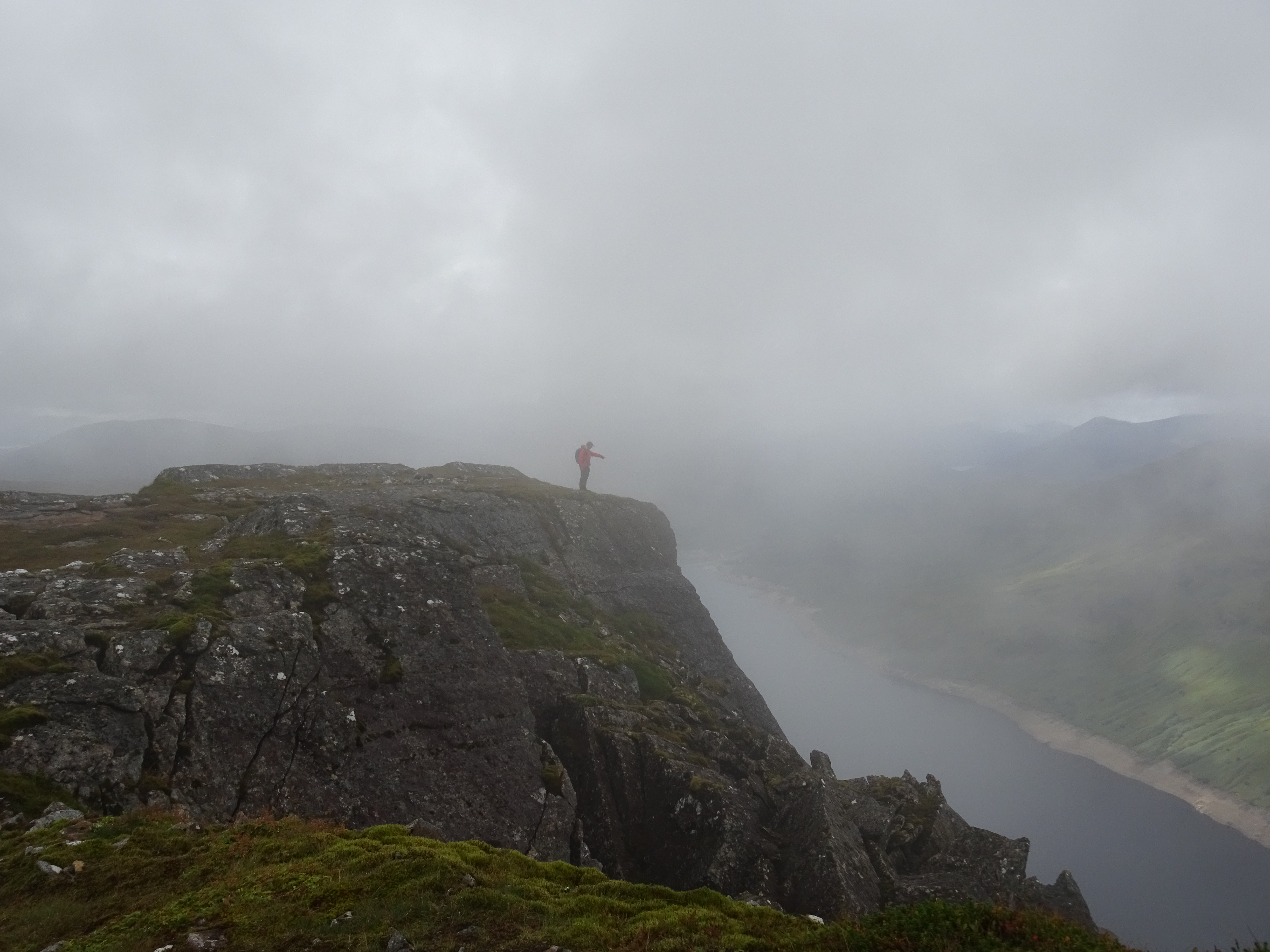 Me on the sticky out bit, left my camera with George 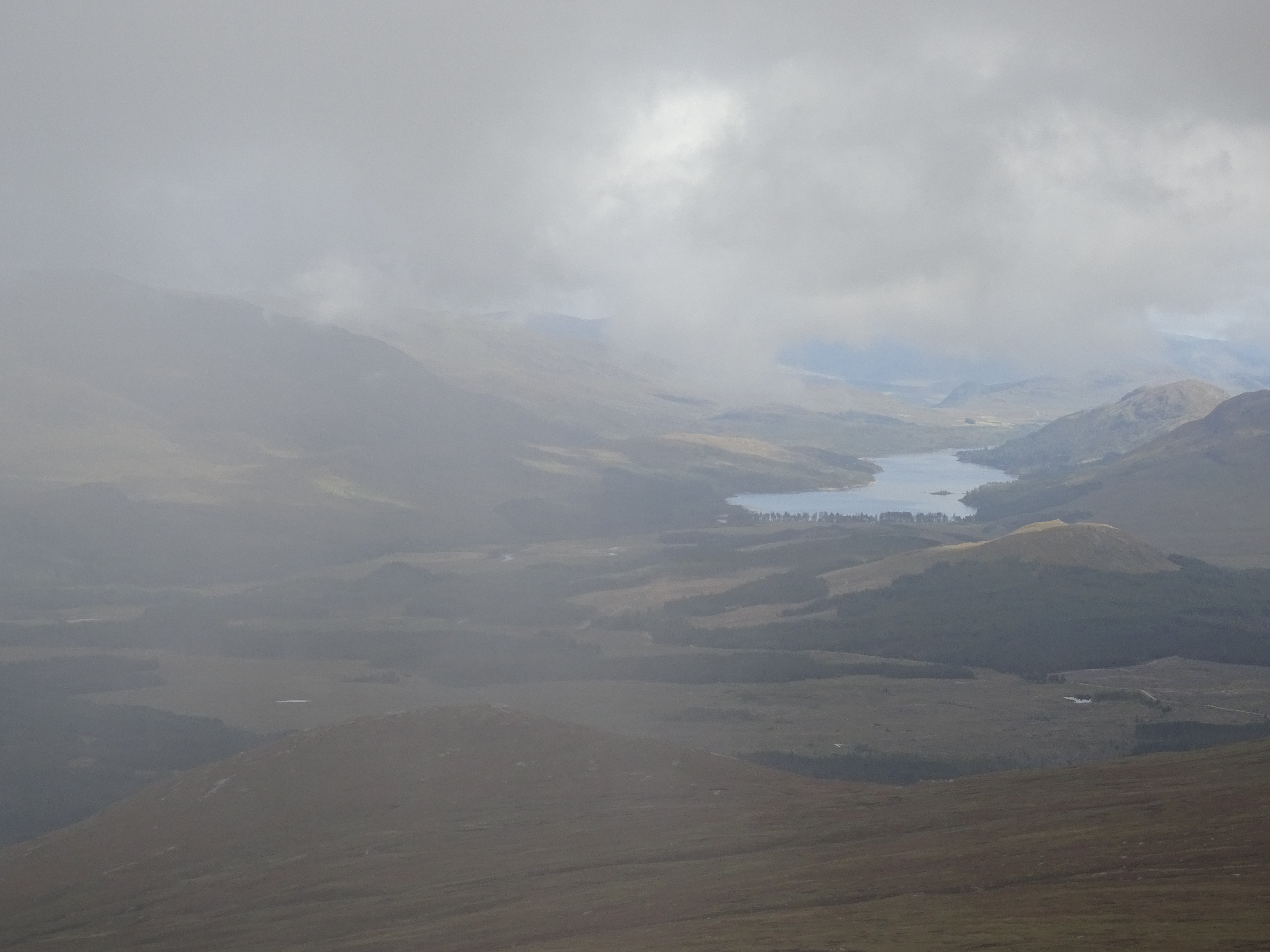 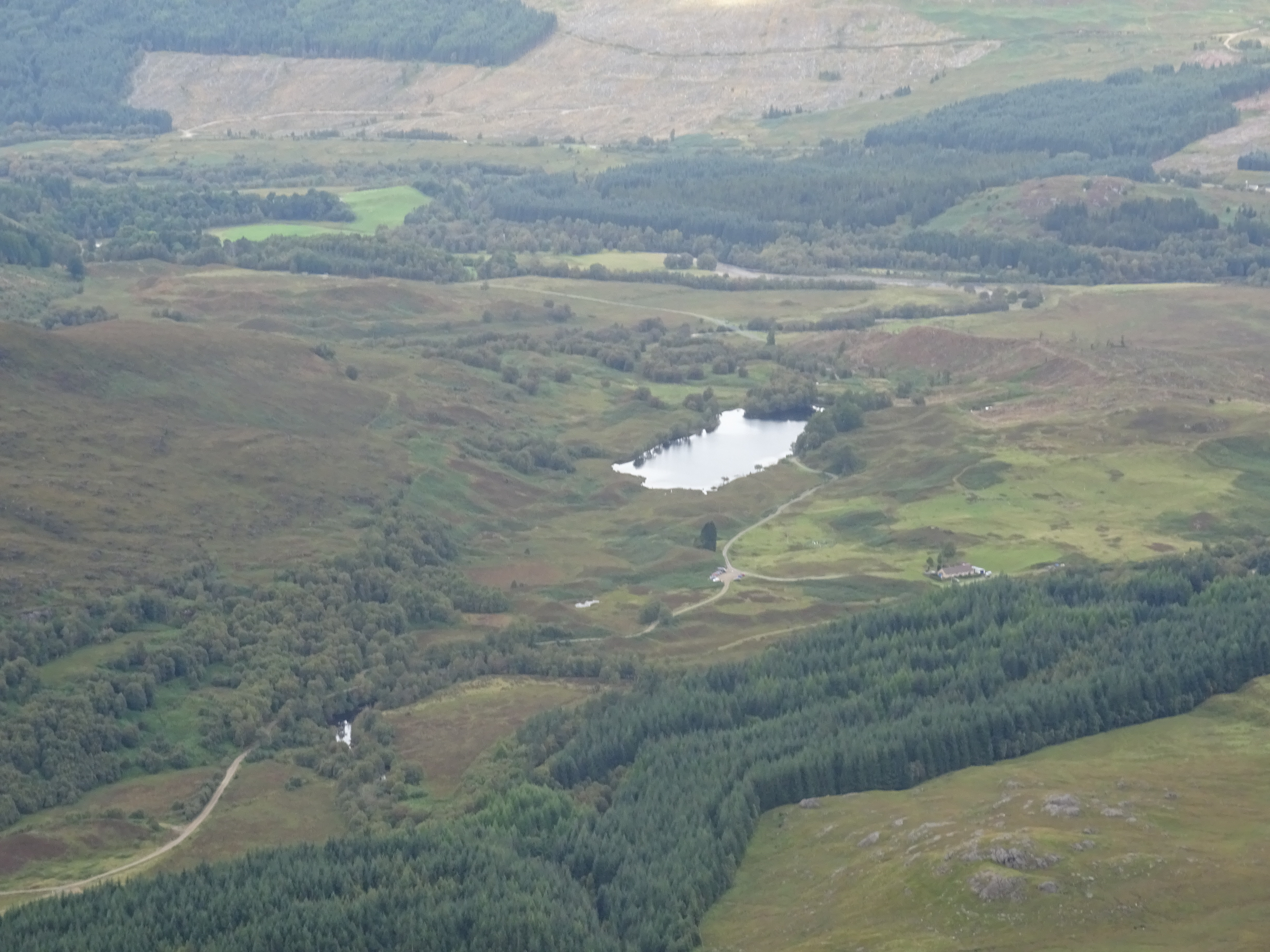 Looking down on the parking area - zoomed 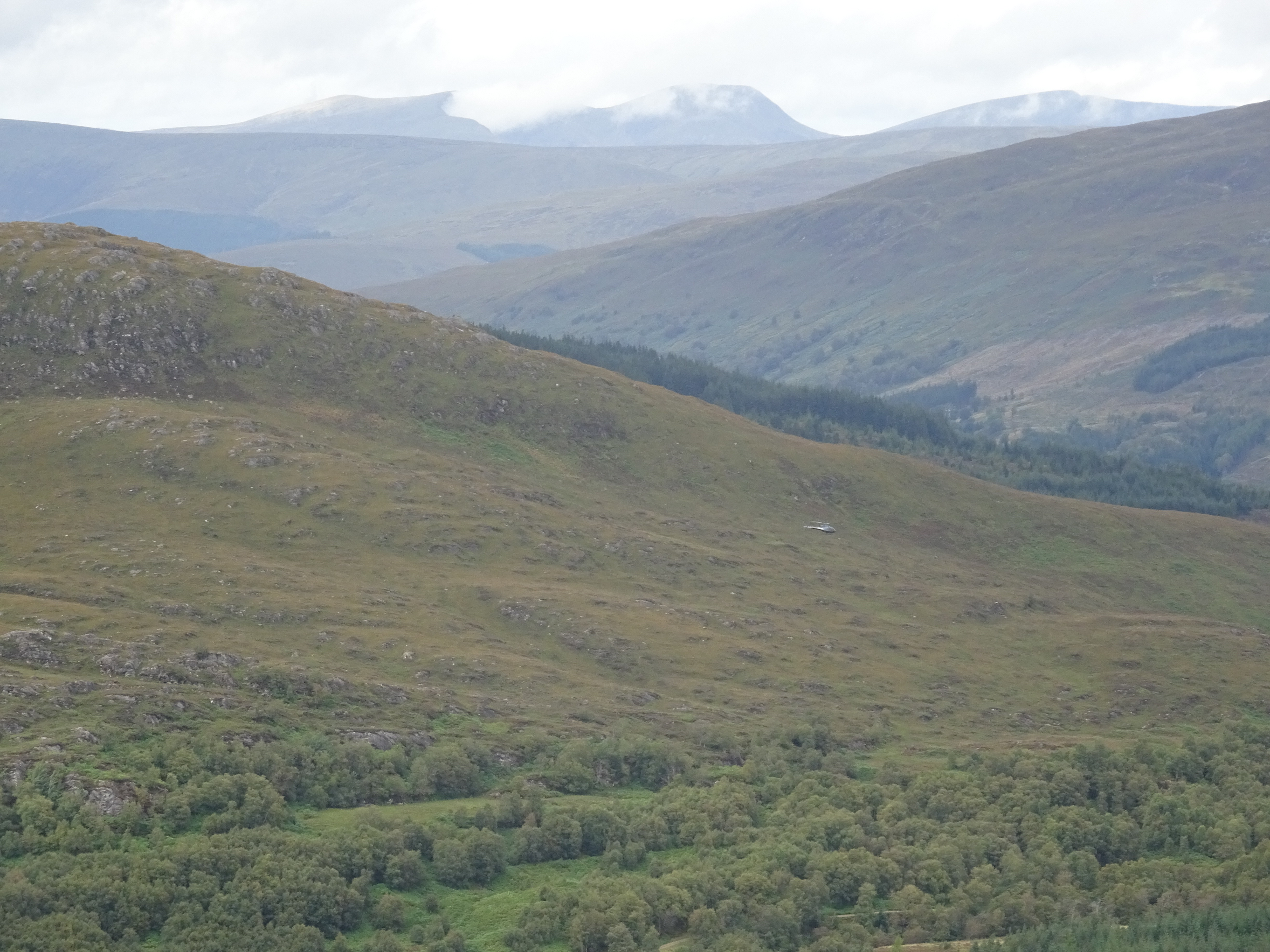 Spot the helicopter, there were 4 of them in total 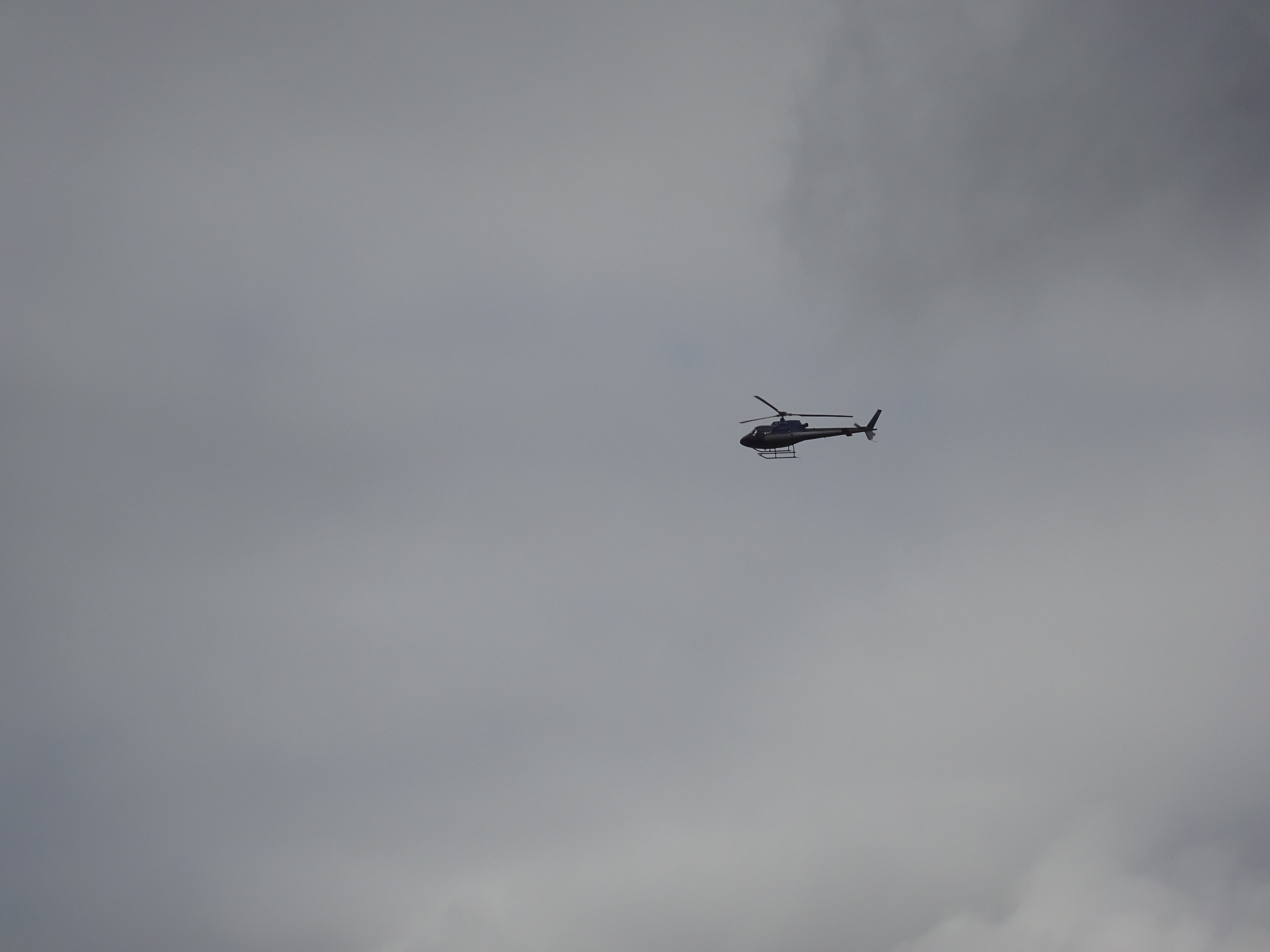 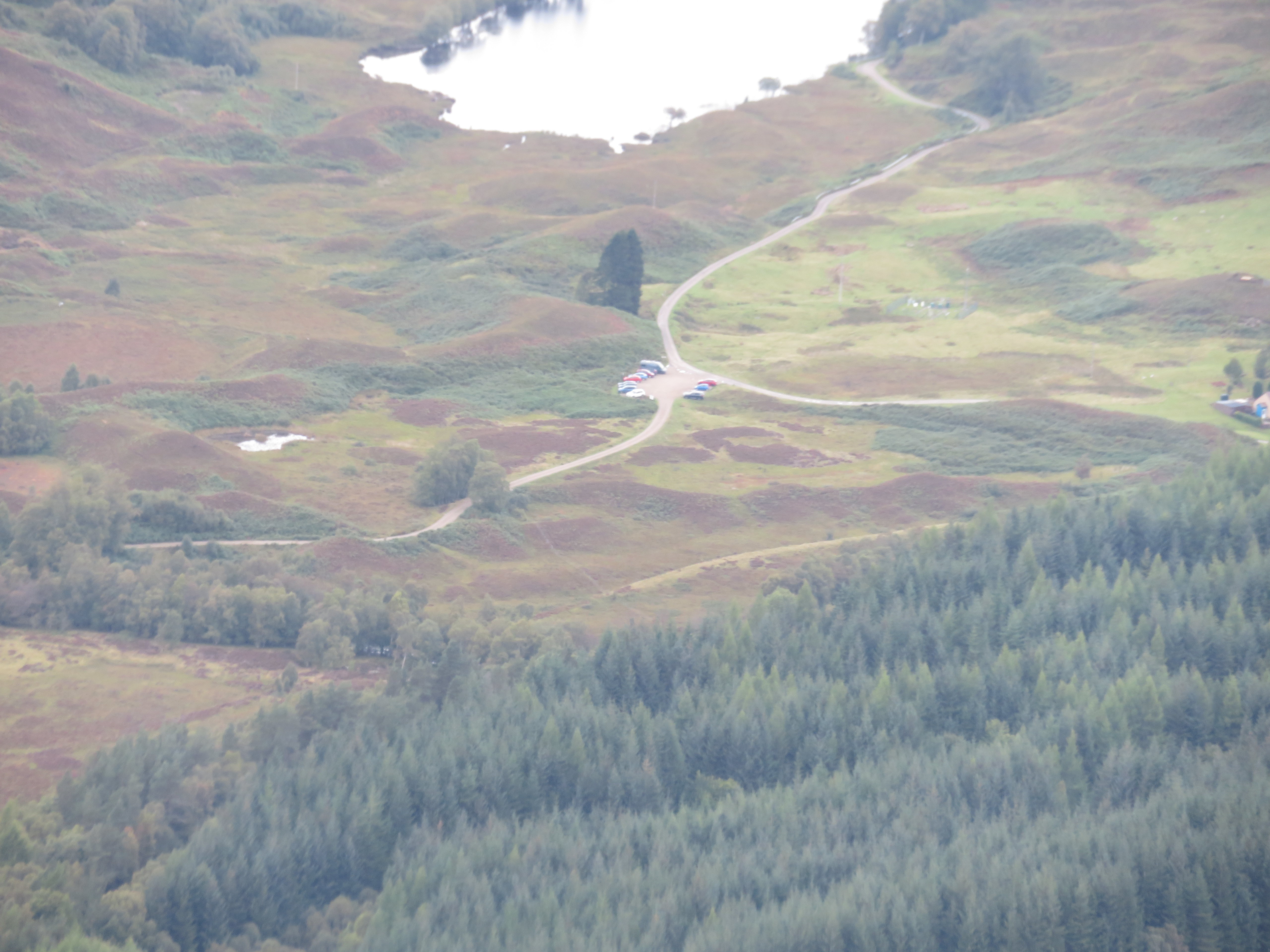 George's photo's now - car park zoomed, only 2 other vehicles when we arrived 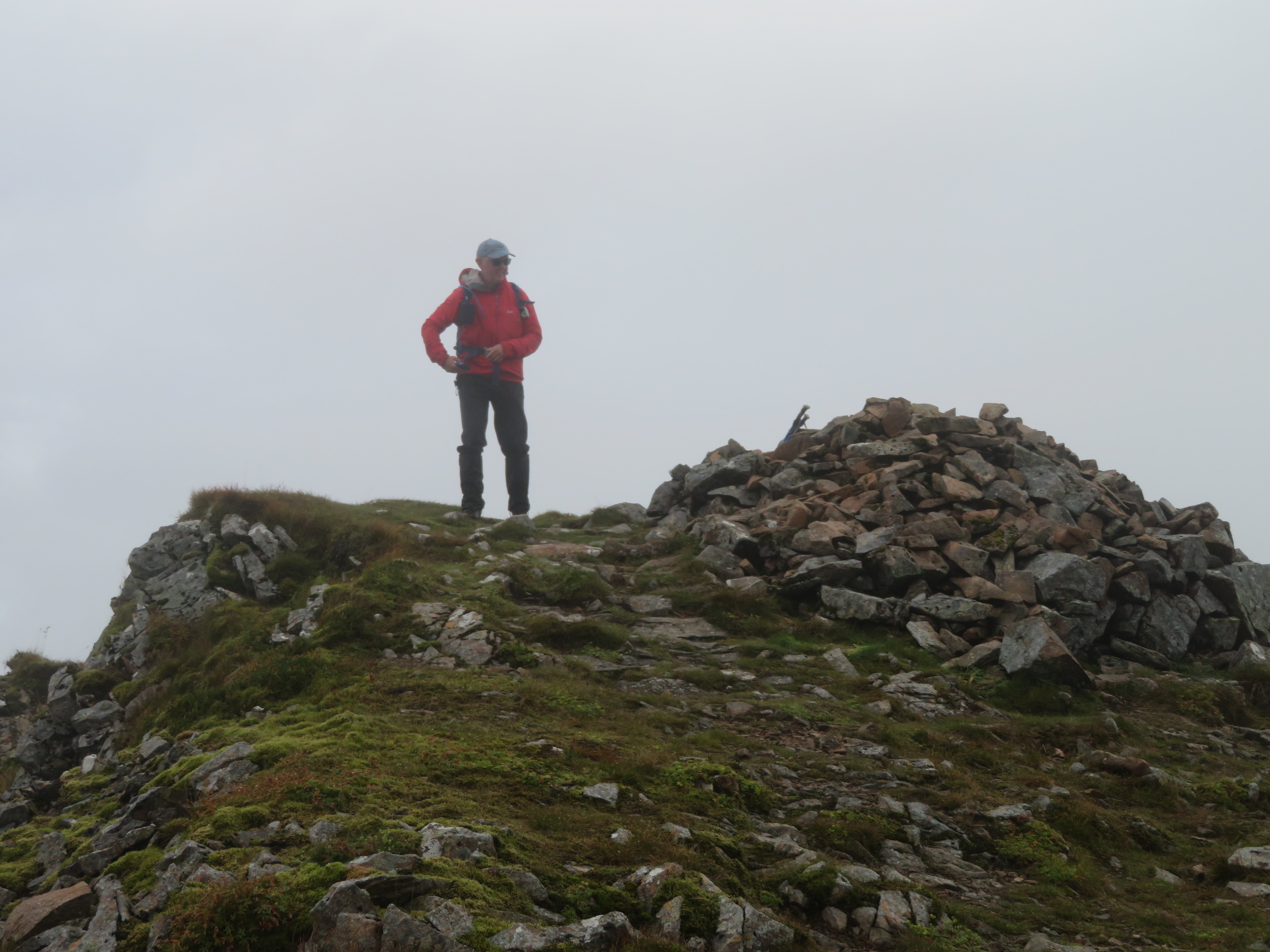 Me on the summit of SCG 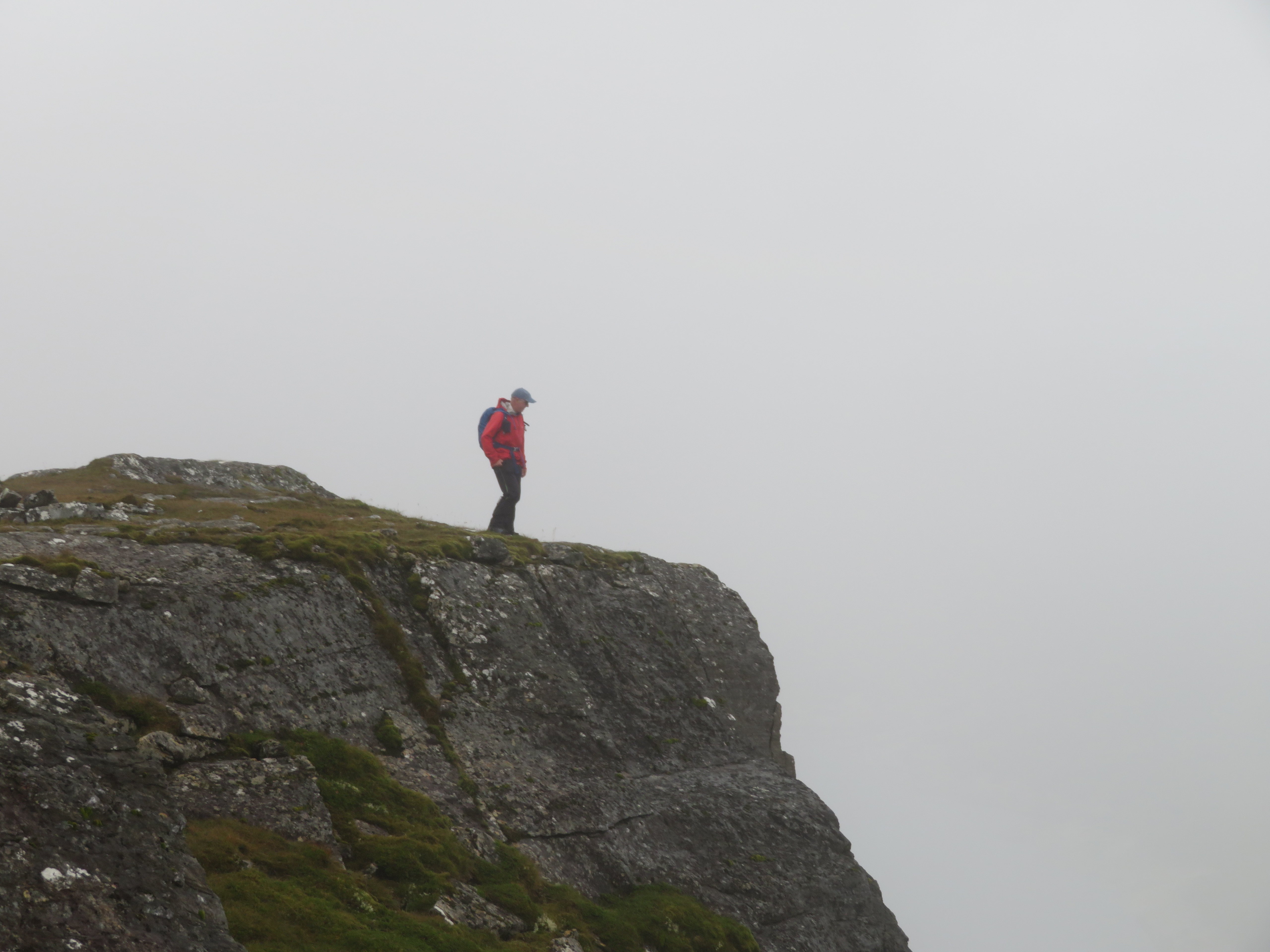 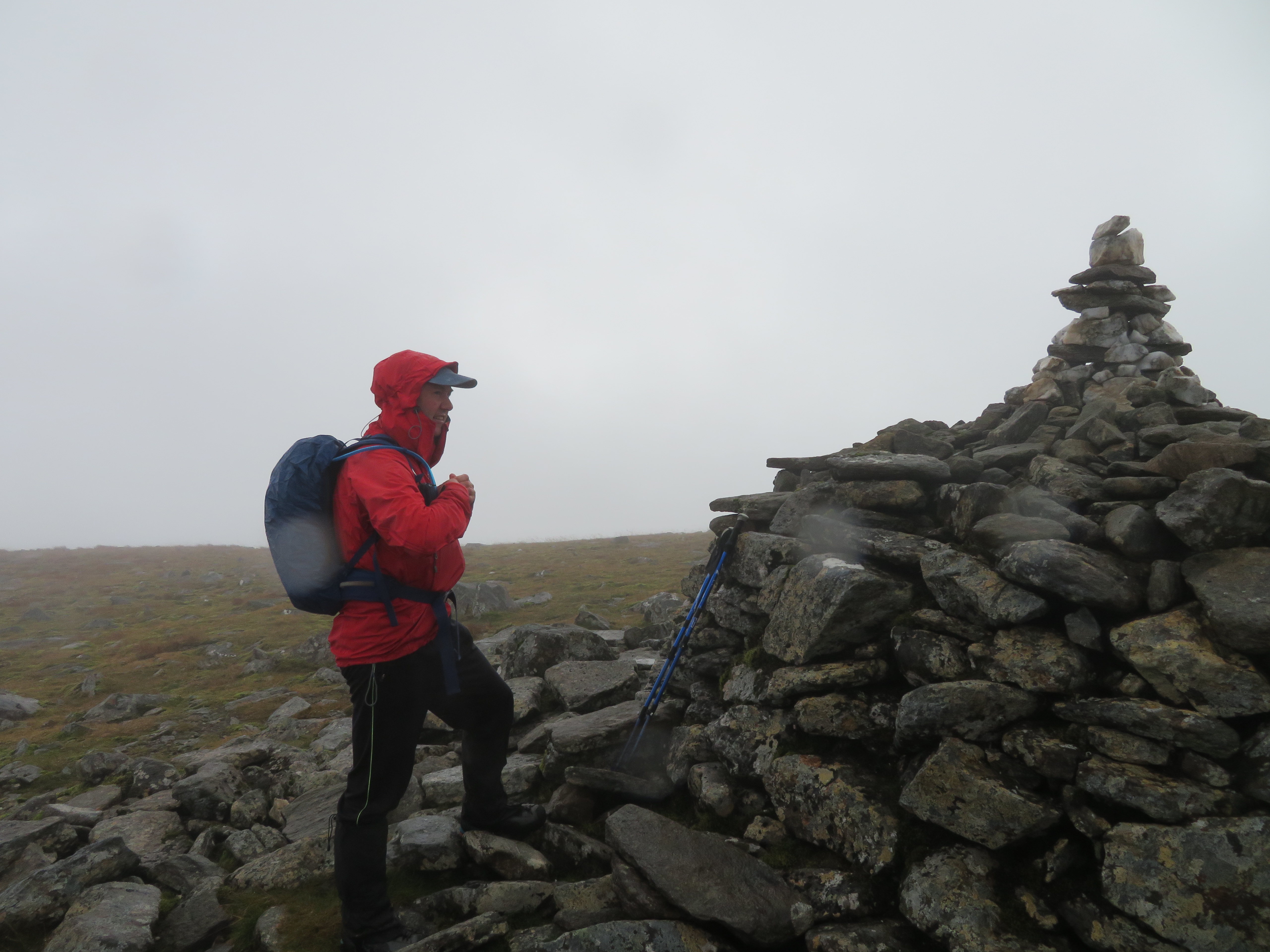 One thing I have learnt from this outing is - do not trust the weather forecast, always have a fleece in my rucksack I am also going to carry my waterproof trousers. I had my gaiters on but the problem both George and I had was the water was running down inside our gaiters into our boots and that isn't pleasant.
In a strange way our route (clockwise) probably worked out better as we got views on the better of the 2 summits, maybe it was our reward for the suffering we endured climbing Chno Dearg.
Click to mark this as a great report. Register or Login free to be able to rate and comment on reports (as well as access 1:25000 mapping).


Flying solo for a change

Glen Dochart - Not to be repeated