Having been in the midst of my football pre season and a trip to Egypt; it meant that I hadn't been out on the hills since the beginning of July. I had a few days to spare before going back to work but sadly had fixtures on the Sat & Monday meaning I couldn't go overboard on hills; I decided on a quick blast up the Hill of Wirren in Angus.

There are many different routes up this; I had done a reccy on the MIlden Lodge and Glen Lethnot approaches previously but chose to go from the back of Edzell to save on fuel costs.

It was a nice Sunny day and I parked up beside the farm entrance track to Cowiehill farm and headed off up the track. 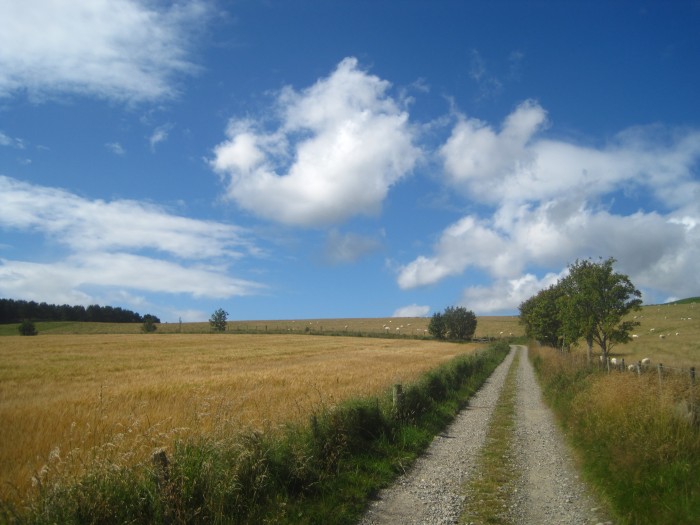 When you reach the cottage; head out the back but head directly up alongside the trees as opposed to along the "track" and fencepost as you end up in marshy cow pat territory... 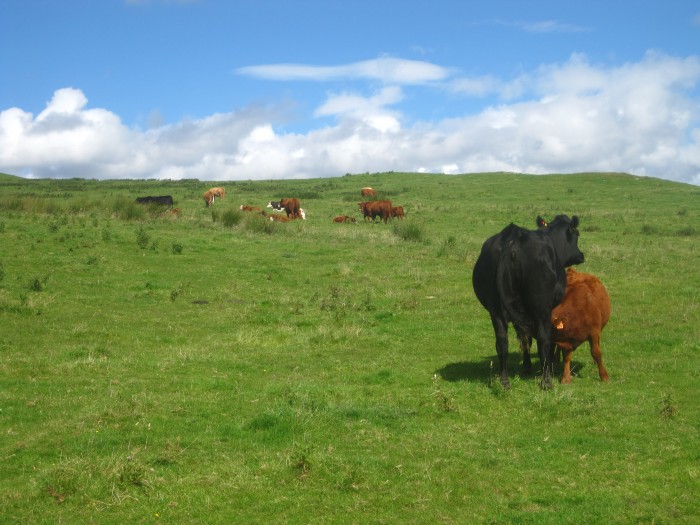 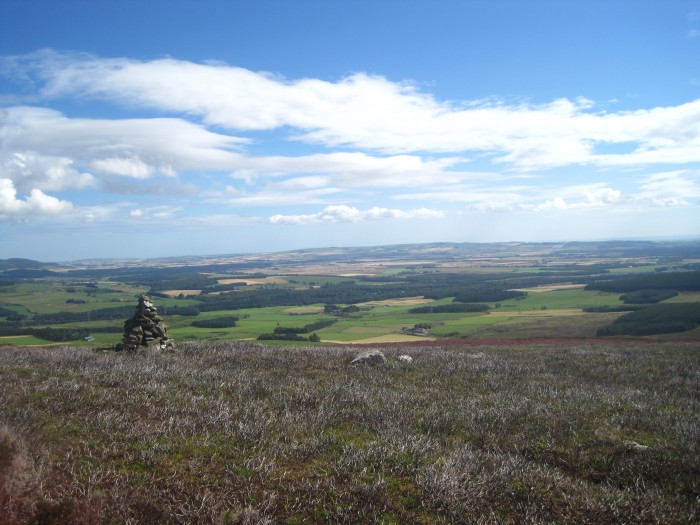 From Cotharthro; you enjoy great views in all directions over the Montrose, Glen Esk, Glen Lethnot and some of Glen Clova. There is a clear landrover track all of the way to East Wirren with the option to go direct to the summit about halfway up East Wirren. 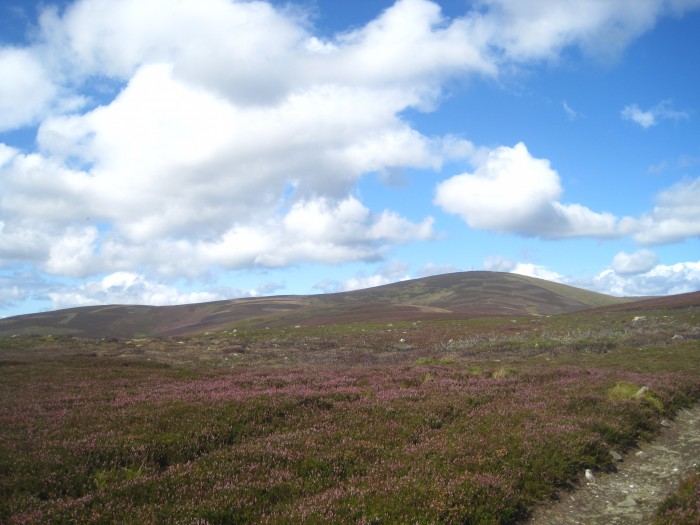 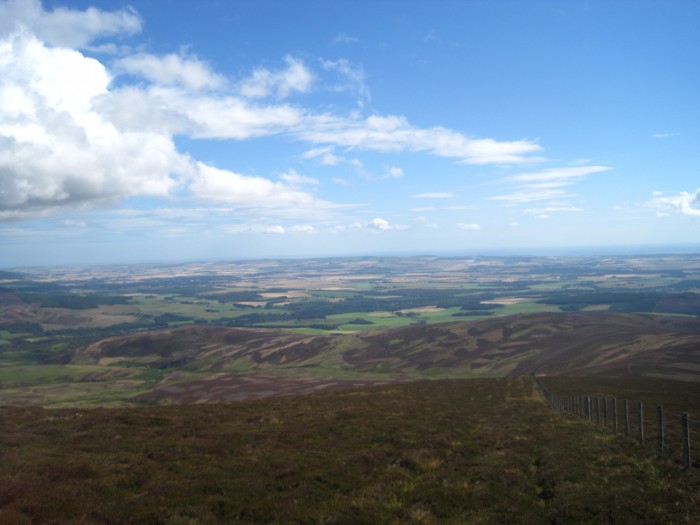 Here I reached the summit of East Wirren and enjoyed a banana and soaking in the views; just a few days ago I was sitting in the Sinai Desert in Egypt; the heather clad Angus Glens (and temperature!) were quite a different kettle of fish. 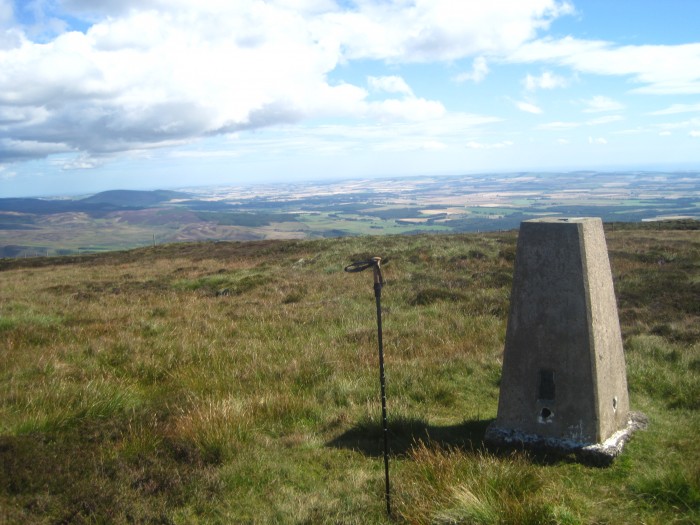 There doesn't appear to be any clear route to the Hill of Wirren Summit other than through a load of Peat Hag; as such I decided to descend across the Grassy Moorland and join the track which runs parrallel with Hill of Wirren and acess from the Mount Battock side. The Hill of Wirren itself is a large boggy plain full of peat hag and fence (both electric and standard); East Wirren is def the highlight of the two! 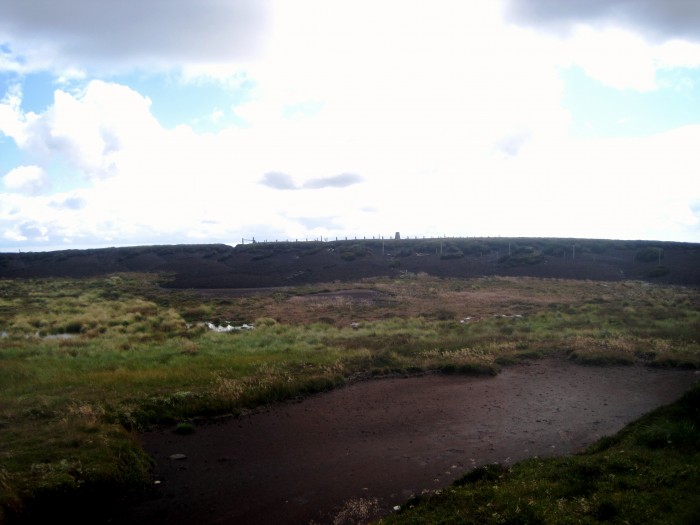 . The Sumit does have a good view of Mount Battock and Clachnaben.... 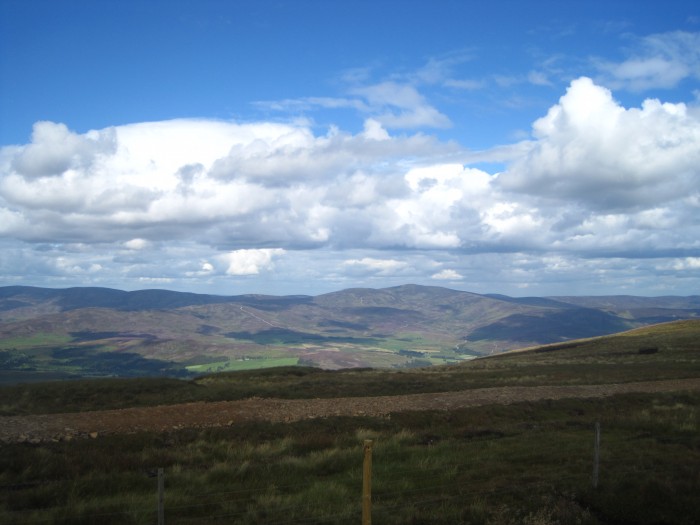 I headed back through the peat hags and back the way I came stopping of for a few photos along the way. 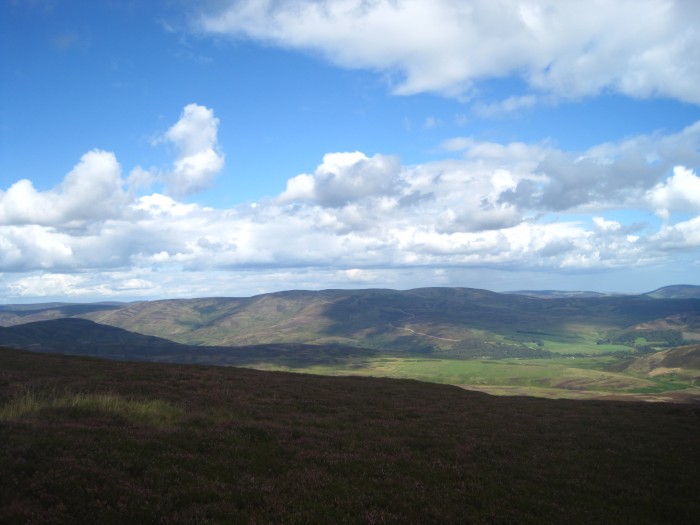 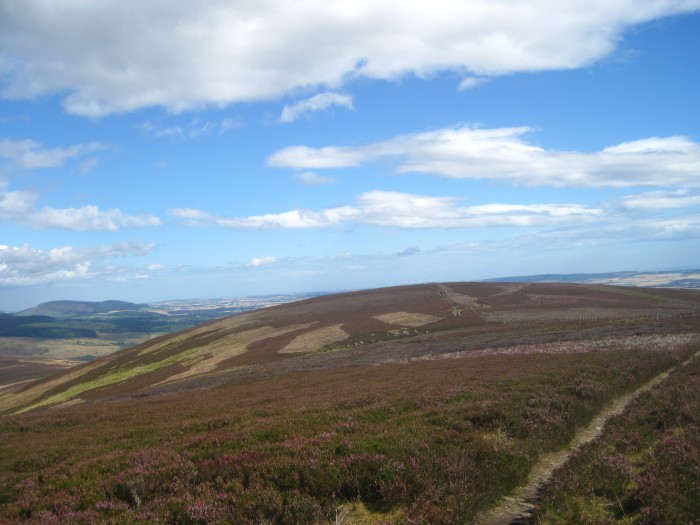 Way Back Home (no bike sadly!)

Good to get back out on the hills again and it's nice to know that I have the gems of Angus literally 15 mins from the house!
Click to mark this as a great report. Register or Login free to be able to rate and comment on reports (as well as access 1:25000 mapping).

Cat Law above the the clouds