Home time from the Munro Meanderers Summertime Skull Crushing trip to Invergarry and I wanted to get something else done instead of just heading home.way home. Derek and Allan were heading to Glen Roy to add to Allans marilyn bagging map so I tagged along.

I did this hill with John back in April, steep one but about half way up, we contoured round and ascended the summit from the back and then off down the steep front. Today we decided just to go up to the summit and back down the same way.

No packs required but did take a pole to help with the steep stuff, hat and gloves on and an extra layer as it was chilly and there was a possibility of a shower. (Still kept on my trademark sunnies lol) 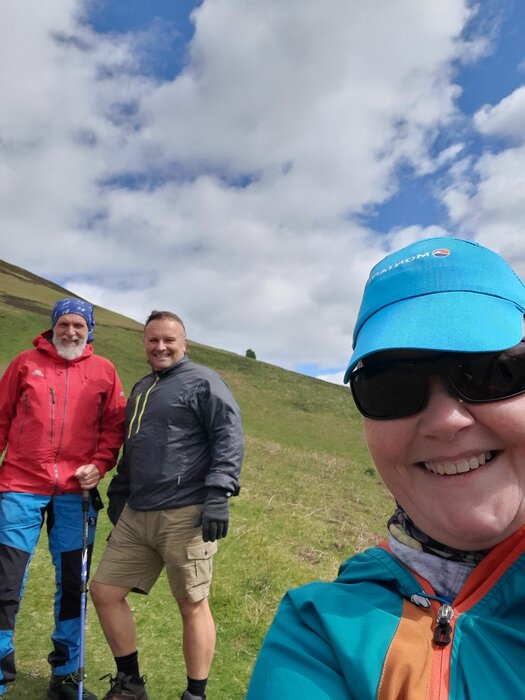 Ready to start the steep ascent

There were a few other people on the hill and stopped to talk to a couple of girls and their dog then carried on up the steep stuff. 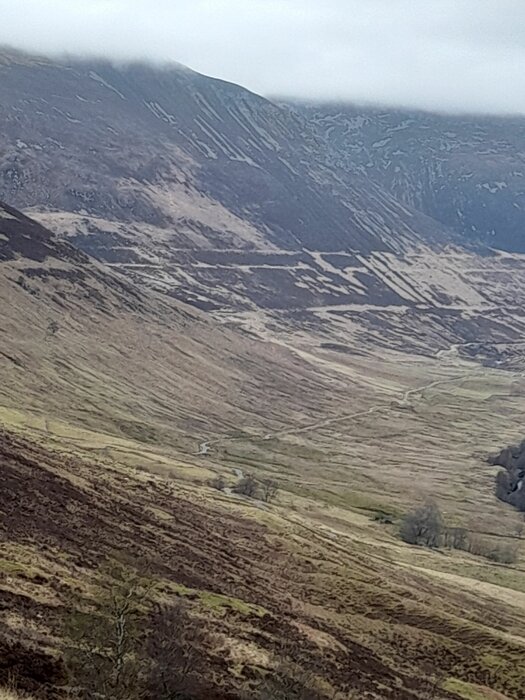 Up Glen Roy to the parallel roads, didnt take a pic of this today...pinched this from my April trip lol

We took lots of opportunities to stop, have a chat, enjoy the views and spot the surrounding Grahams and Corbetts for future trips. Allans niggly leg was holding up and plenty time to stop for a stretch. Derek and I sharing our experience of pain, injury and treatments almost had Allan googling chiropractors there and then

As the ground gets less steep, it seems to take a while before you get to the summit plateau. You initially see a couple of small cairns then off to the left, a larger stone built trig. The other 2 are more for nav in poor conditions.

Heading straight over to the summit and enjoyed the views.
Very cold wind so headed back off after a few pics. 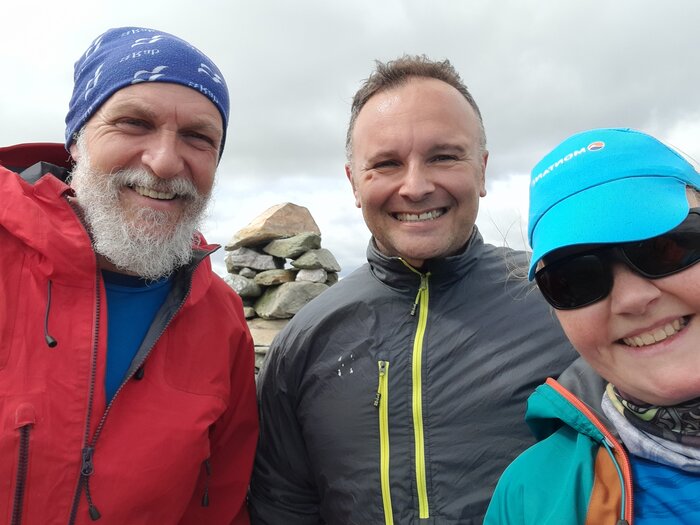 Very steep grassy descent, lent my pole to Allan,,well he is getting on a bit hahaha.
Back down to the car park and a wee picnic of beer (non alco) and pringles before the rain started and we packed up and headed for our respective destinations. A wee non alco beer at the bottom 2 corbetts and a bump

Meall a Ghiubhais behind the nature reserve

Conic Hill with the Gym Bunnies

Beinn a' Chrulaiste...the hill that keeps on giving