A Wander From Tarfside

Today was all about getting some miles and some ascent in to the legs ahead of starting the Pennine Bridleway in 8 days time.

Preparation for this first long distance walk of the year has frankly been rubbish. I've been doing a regular 6 mile walk every morning from the house utilising the back roads and farm tracks but I've only headed off to the hills a few times so far this year so every time I go beyond 6 miles the legs are in shock so in a weeks time they are going to be complaining on a regular basis.

I wanted to walk the Firmounth/Fungle Road right of way for a few miles then look to head west towards Mount Keen to turn the walk in to a circular. My main target for the day was Hill of Cat, not sure why - just liked the name!

Driving past Edzell and on into Glen Esk it's hard to grasp the sheer extent of damage caused by the winter storms, this first pictured was taken just a few yards in to the wood after leaving Tarfside. 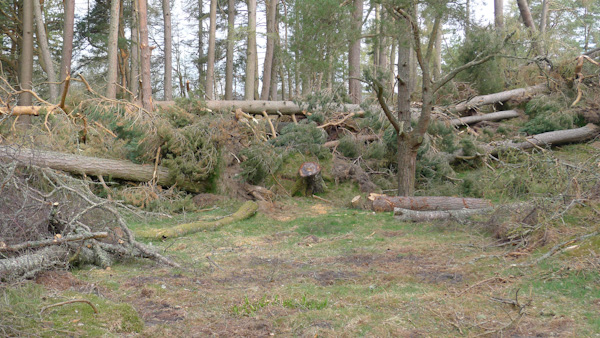 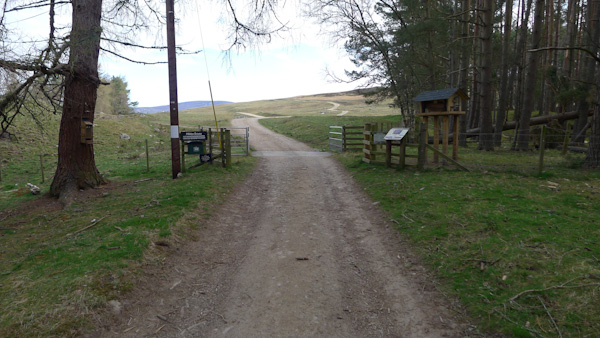 It only takes a couple of minutes to walk through the woods and reach the open moor. The path forks at this point and after much deliberation I chose thr right fork only to see the two tracks merge again half a mile further on. 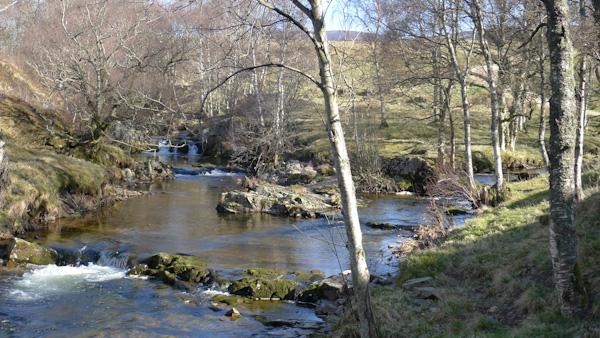 The track climbs up past Shinfur and then at another fork I took the right hand option then straight on at a crossroads of tracks. There seem to be new tracks everywhere in this area and I recently bought an up to date OS map of the area as it was obvious it's predecessor (which went back to 1990!) couldn't cope any more. Usually I'm dead against all these tracks but when preparing for long distance walks they do allow me to replicate a lot of the walking I will do when I'm away so suddenly I like them.

By now the climbing has started and it turned out to be a rollercoaster of a day, far more so than I had anticipated. Eventually I reached the point where the two rights of way diverged and I took the Firmounth Road (signed for Dinnet). 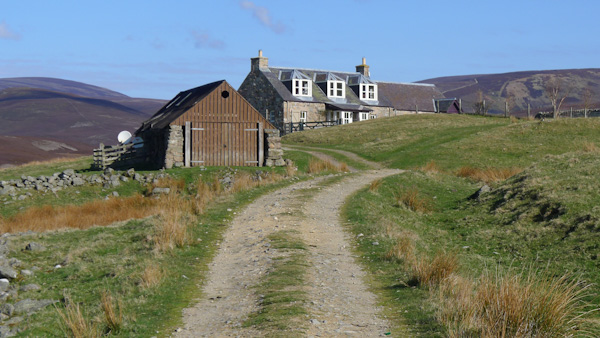 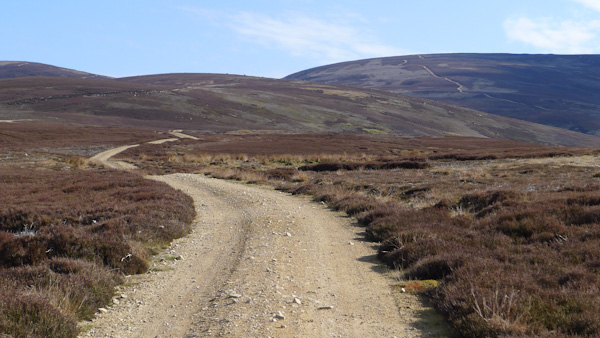 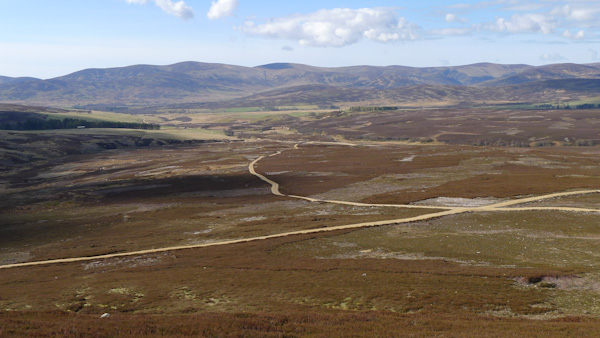 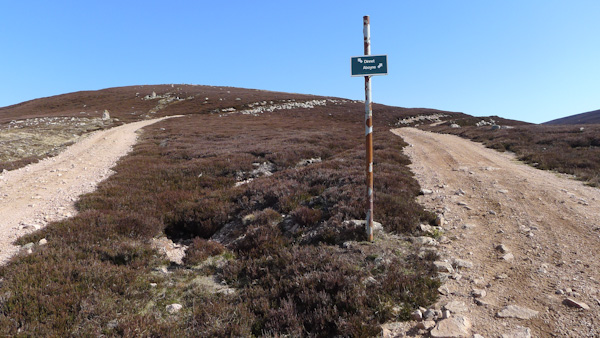 Dinnet (Firmounth Road) for me, leaving the Fungle Rad (Aboyne) for another day

At this point it was a beautiful blue sky morning but the forecast was for it to cloud over as the day wore on. At the summit of Tampie I left the Firmouth Road and took a track to my left heading west towards Hill of Cat. The track lost height before the climb of Hill of Cat and I then diverted off the track for about 150 yards to reach the summit. 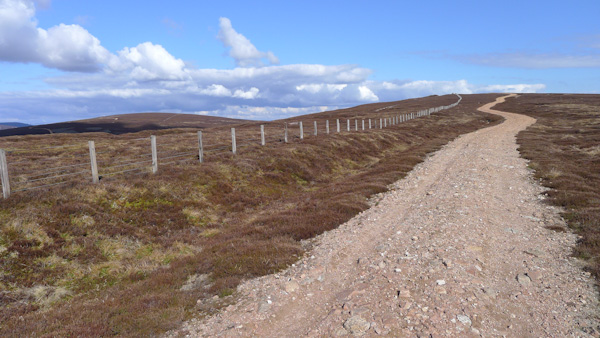 Heading towards the summit of Tampie with Hill of Cat to the left. 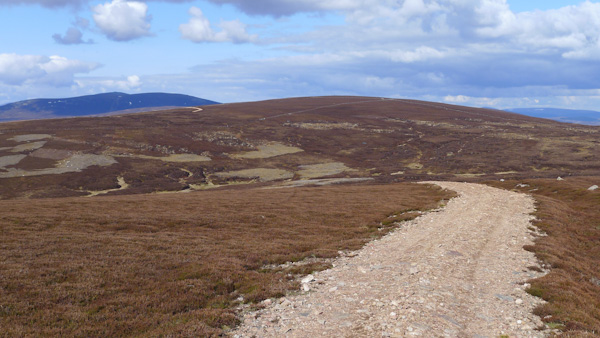 After leaving the Firmounth road and heading for Hill of Cat 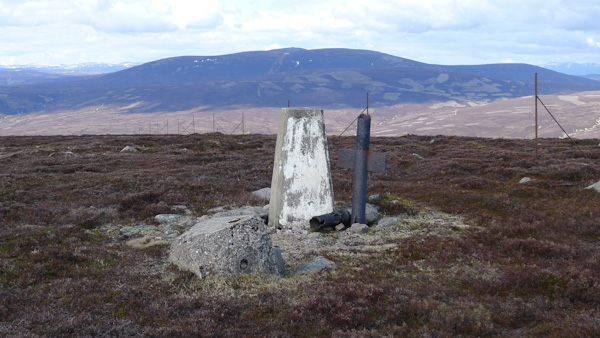 The summit of Hill of Cat looked a good place to stop for a sandwich so I sat down and had a quick rummage through the rucksack - no sandwiches, damn it I've left them in the fridge at home. So I have a packet of Jaffa Cakes and a white chocolate KitKat to see me through the day. Change of plan, better not eat just yet as this will have to last a few hours yet.

After Hill of Cat the real rollercoaster part of the day started as the track lost a lot of height a couple of times before rushing to gain it back on Hill of Gairney. 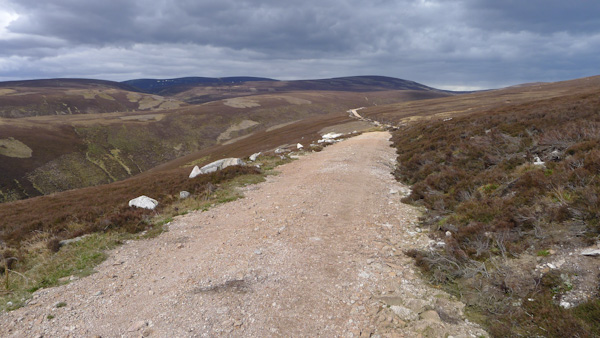 The clouds have arrived 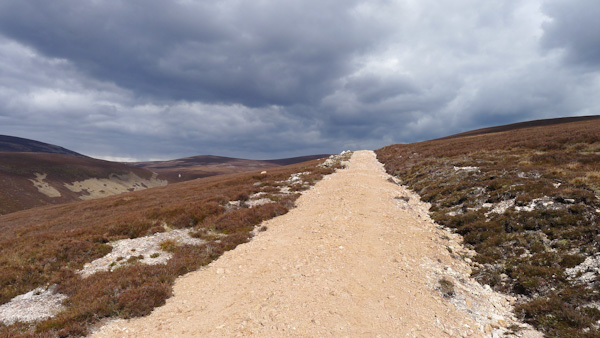 Between Hill of Cat and Hill of Gairney 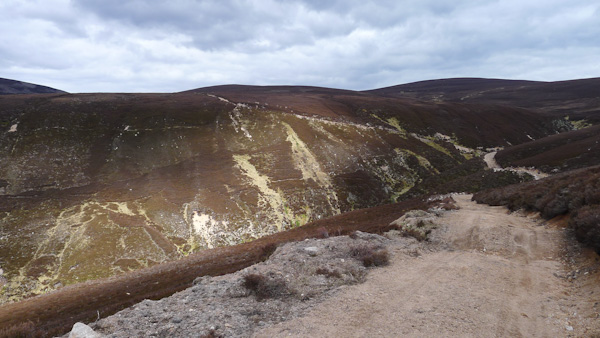 Approaching the next climb 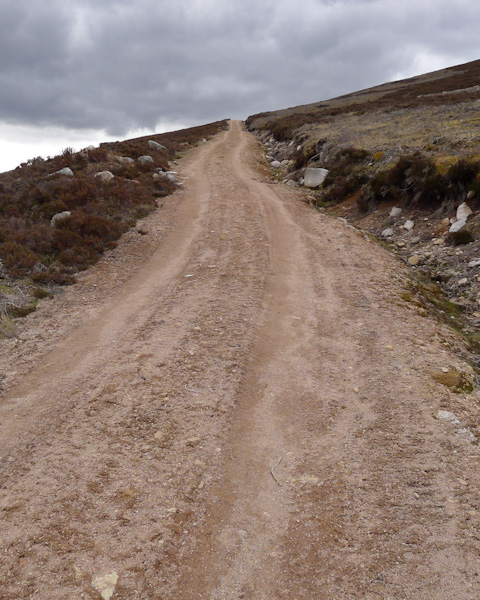 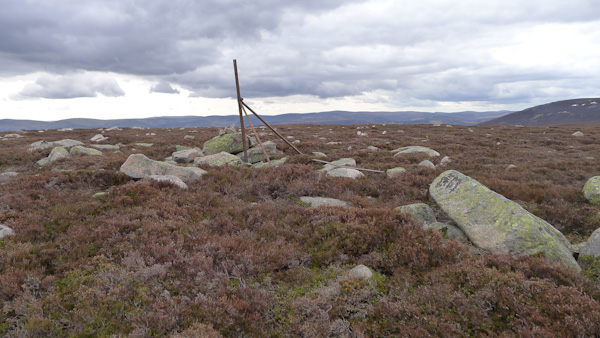 Summit of Hill of Gairney

Like Hill of Cat the track doesn't go over the summit (of Hill of Gairney) so a quick detour took me on to the flat featureless top (good views though).

I had though that that was the rollercoaster over but the track had one further surprise for me as I reached Hill of Saughs (not to be confused with the Hill of Saughs a few miles to the east of this one and just to the south of Mt Battock). 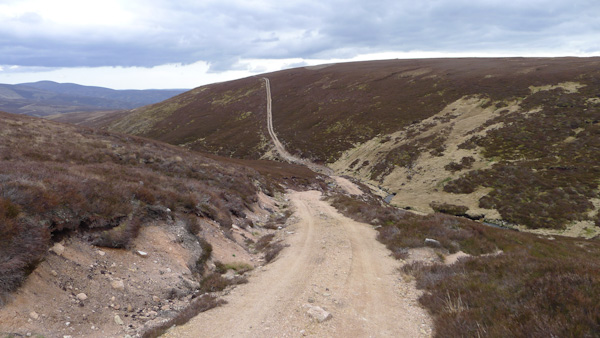 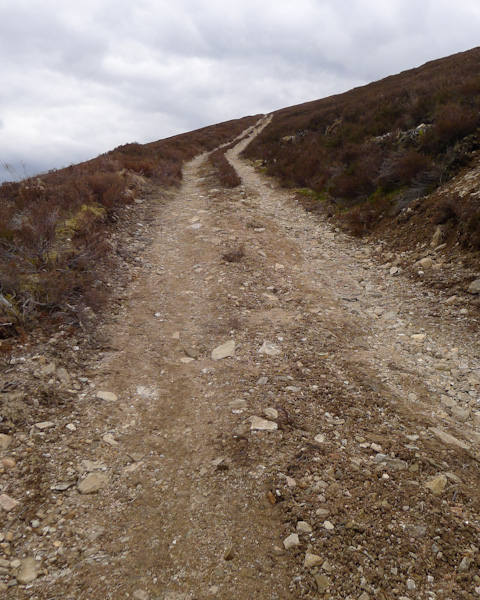 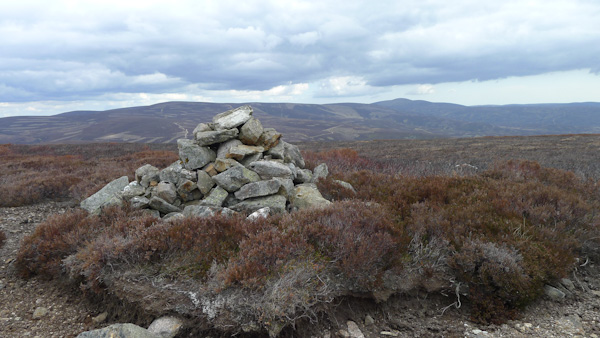 Summit of Hill of Saughs

So on reaching the summit of Hill of Saughs that was really the climbing more or less done for the day but I still had a few miles to cover to get back to Tarfside. 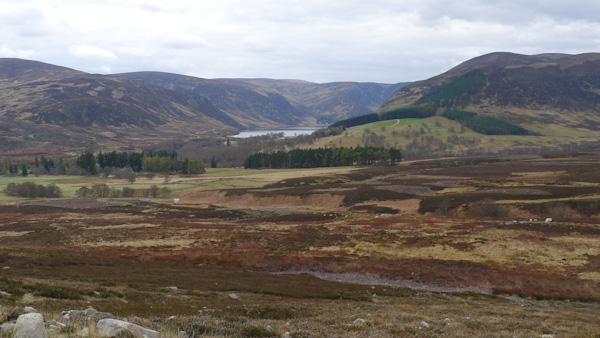 Looking over to Loch Lee from above Auchronie Farm

From Hill of Saughs it was a fairly gentle descent down to Auchronie Farm then down the farm track to come out on the road beside the car park at Invermark.

At the road I turned left and after about 50 yards turned off the road and took the track that would take me back to Tarfside. As this went past Hill of Rowan I took the opportunity to nip up this wee hill and have a look at the Maule Monument which I had seen many times when driving up to the car park at the top of the glen. I was amazed at the size of the monument as I had no idea it was quite as big as it is. 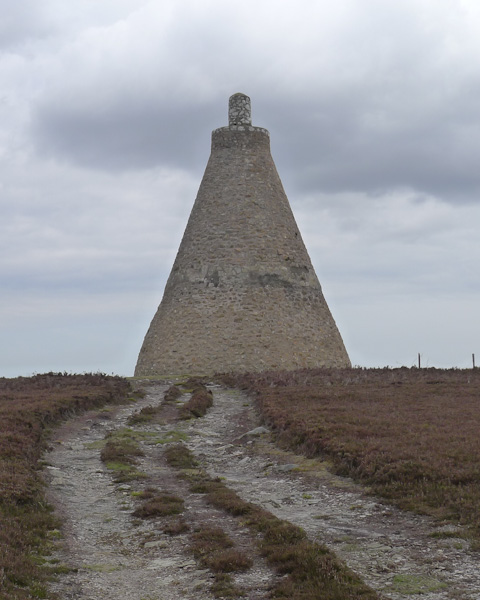 After the monument there is about a mile left and it's a gentle downslope - nice way to end. 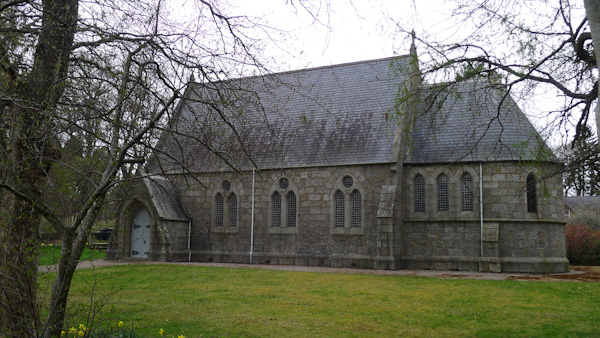 Quite a long tough day with more climbing than I was expecting but a route I will definitely return to.
Click to mark this as a great report. Register or Login free to be able to rate and comment on reports (as well as access 1:25000 mapping).

Shock for The Legs

Muckle Cairn (at the second attempt)

Mount Battock (so good I did it twice)

A Wander along Glen Lee

Calvine to Beyond Bruar Lodge