A walk from the lowest to highest point in Glasgow

I've been trying to think of how to scratch the itch for a decent long walk and had previously looked at the highest points in certain areas outwith the more mountainous regions of Scotland.

Sticking within the Glasgow City area there are no real high points at all, with it's highest point being the second shortest of all the council areas in Scotland (Dundee's is 25m shorter!). You can also drive straight to the highest point in Glasgow meaning that you can be as lazy as you want in getting there.

So to try and spice it up a bit I thought about starting in the lowest point in Glasgow. After much searching I couldn't find anything that was below sea level and believed that the Clyde was the lowest point. From there I decided that Glasgow Green was as good a place to start as any and began the walk to the highest point in the South side of the city.

Along the way I stopped off at Cathkin Park to see what was left of the old stadium, had a look over the Snuff Mill Bridge, before wandering through Linn Park and reaching Cathkin Braes in time for sunset.

In the end it was a fairly good walk with quite a few things to see along the way. With the exception of having to walk along Polmadie Road for a short period of time it was a surprisingly pleasant and reasonably quiet walk considering the majority of it is within the city.

You can enjoy a video of the walk here: 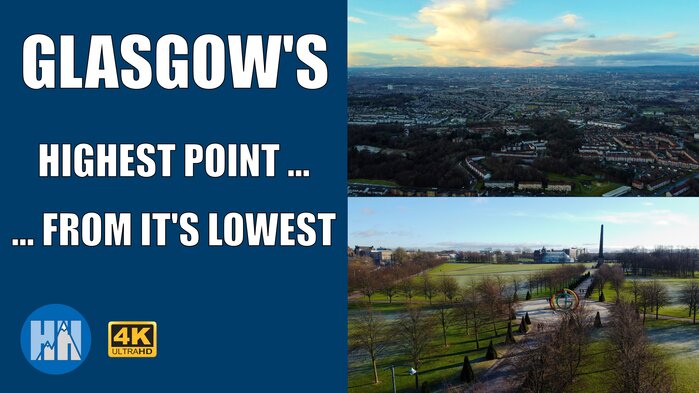 
A wander through Dams To Darnley Country Park

The History of Bellahouston Park

Sunset on the Mountain

Dumgoyne and the Earl's Seat


Location: Glasgow
Activity: Mountaineer
Ideal day out: A long walk along the side of a loch, or a wander through a glen, admiring the scenery all around.