We were very excited to wake up to some snow in the garden and it seemed that the storm had passed through a little quicker than expected. It seemed a shame not to go and play in the snow and having seen a friend's photos of Loch Morlich a few weeks previously it instantly sprung to mind. 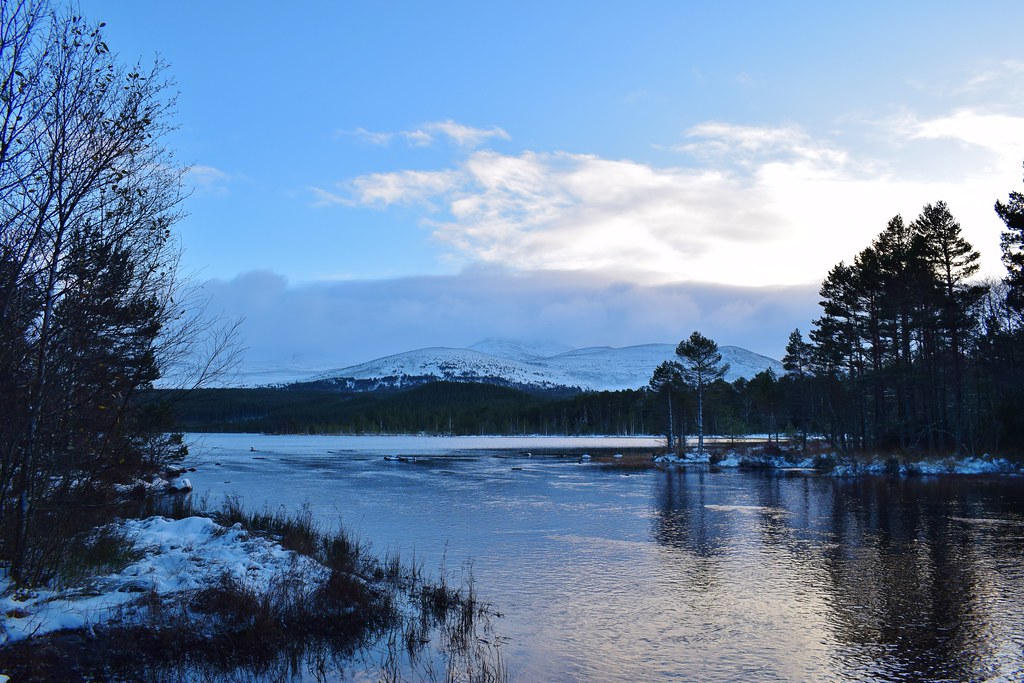 Despite being only about 2pm, the light was already starting to go! 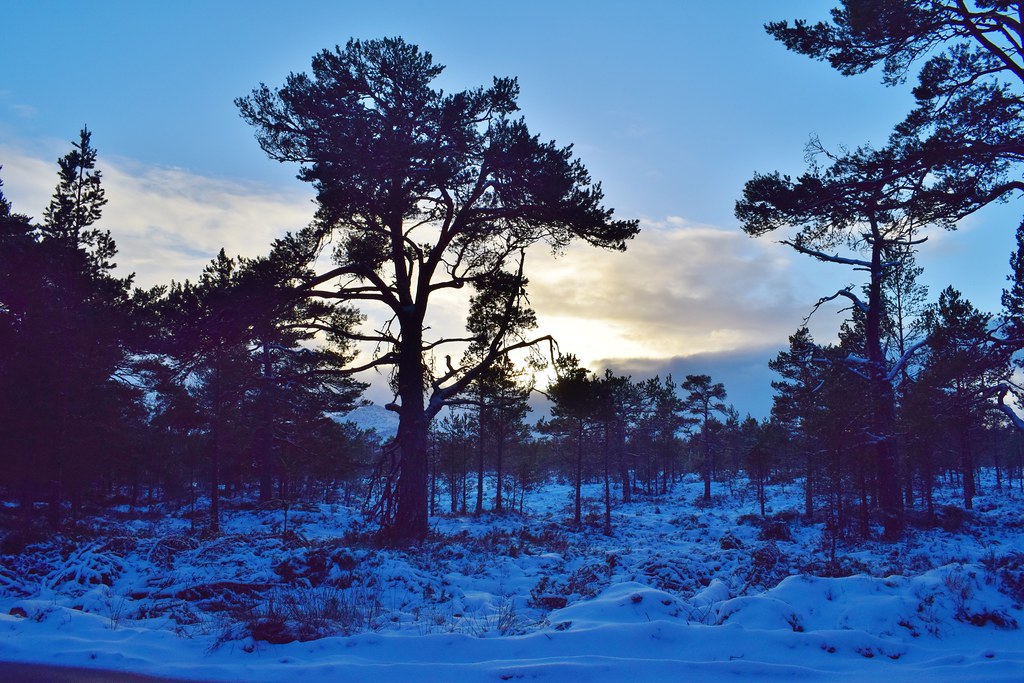 The prominent Carn Eilrig ahead 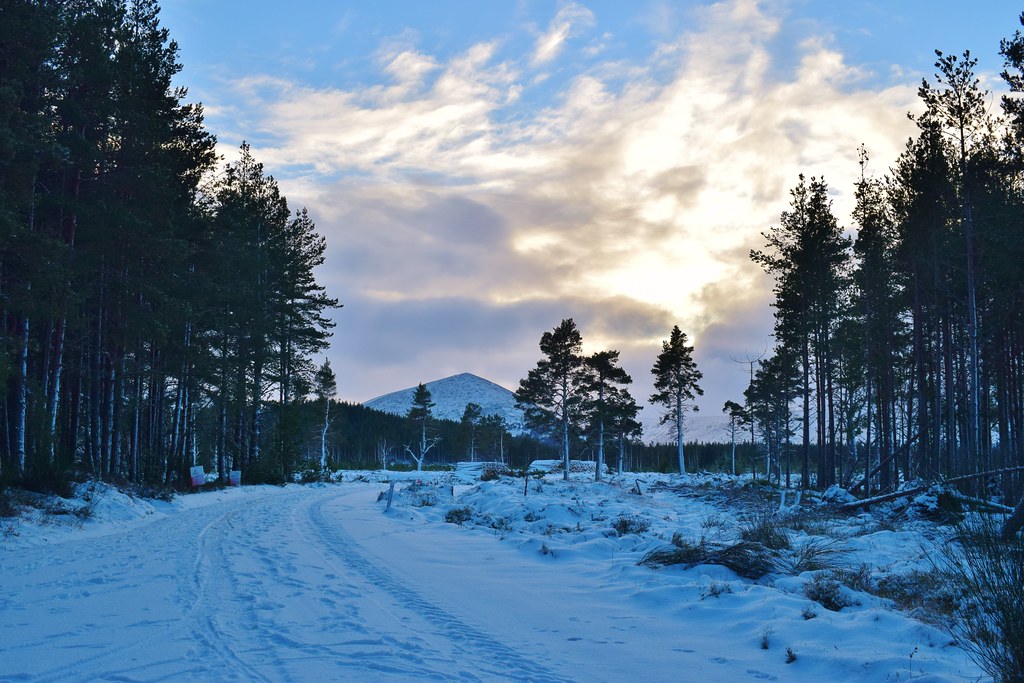 I suggested that perhaps we should have brought skis - although we knew there would be snow (in fact that was the whole point!) we hadn't realised how good the coverage would be at this level 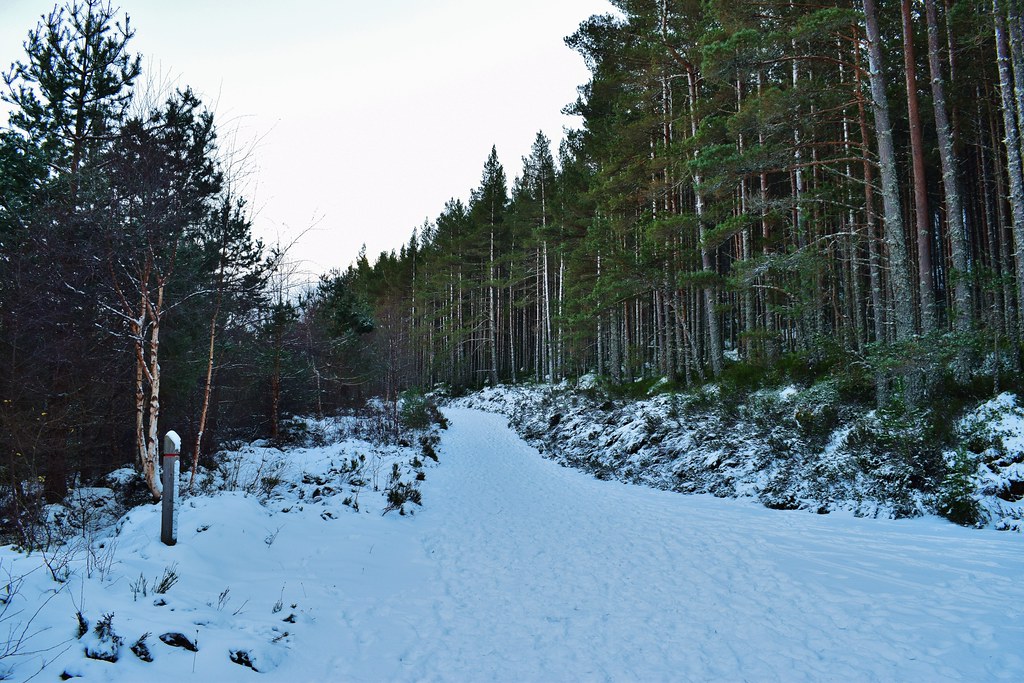 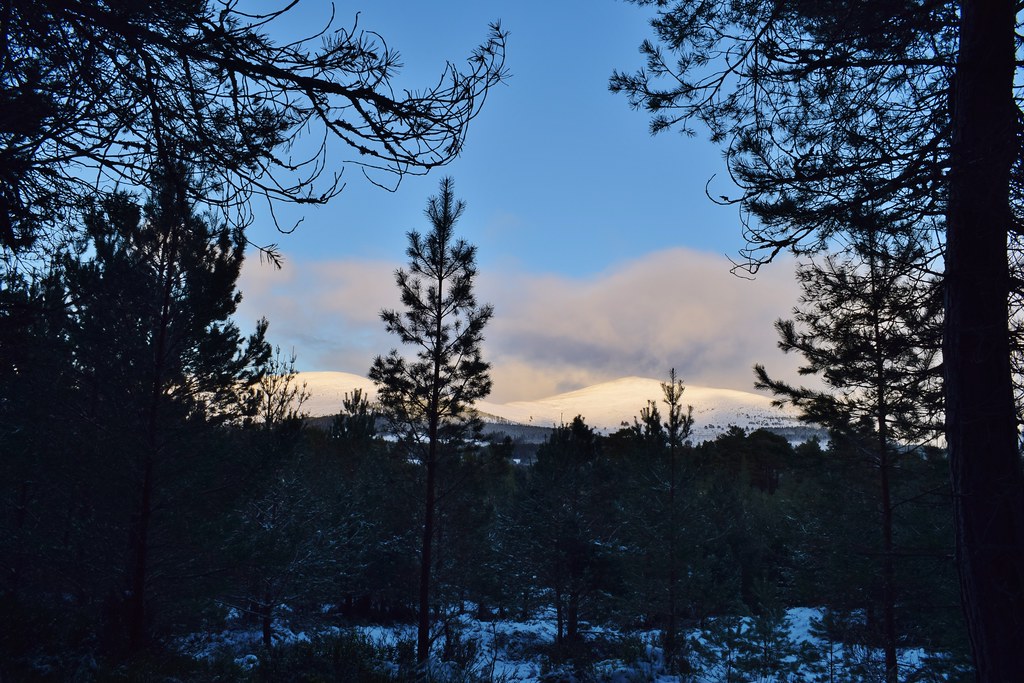 We did actually meet someone on skis somewhere along here but she didn't seem to be having the easiest time of some of the bits of track! 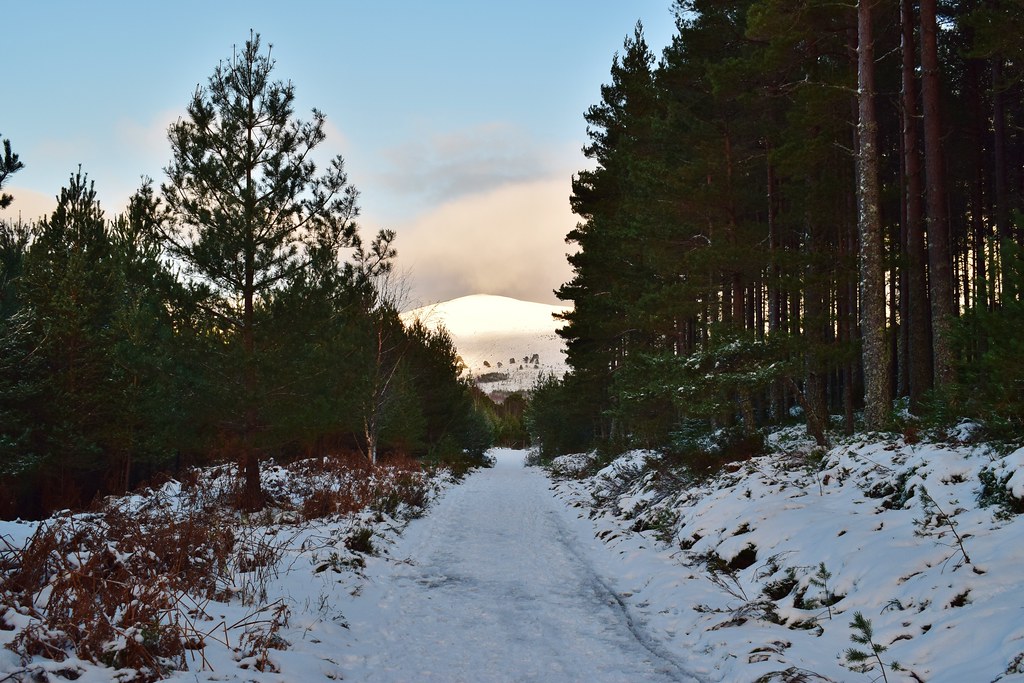 Malky trying not to fall in 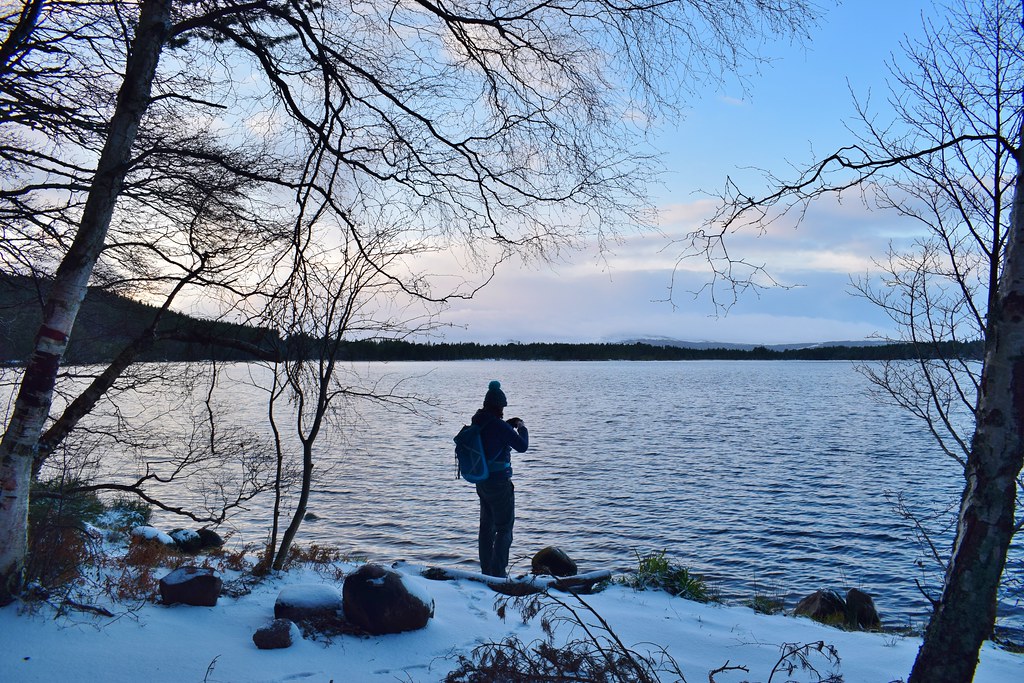 Meall a' Buachaille again (a safe distance from the edge!) 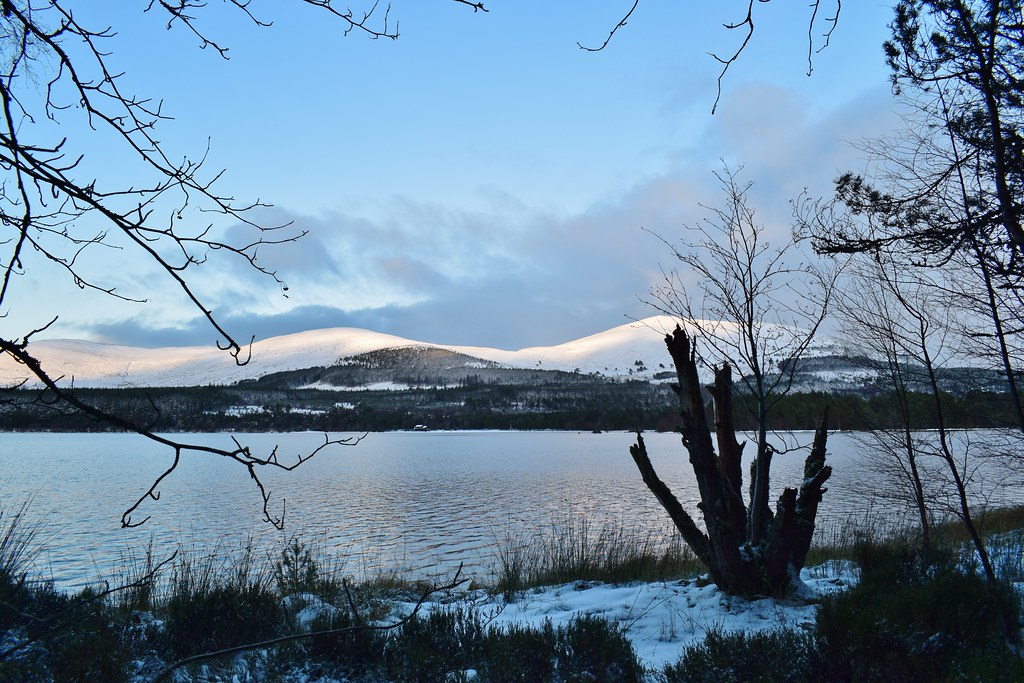 We stopped to enjoy a flask of tea and a break before coming out on the beach near the boat house. 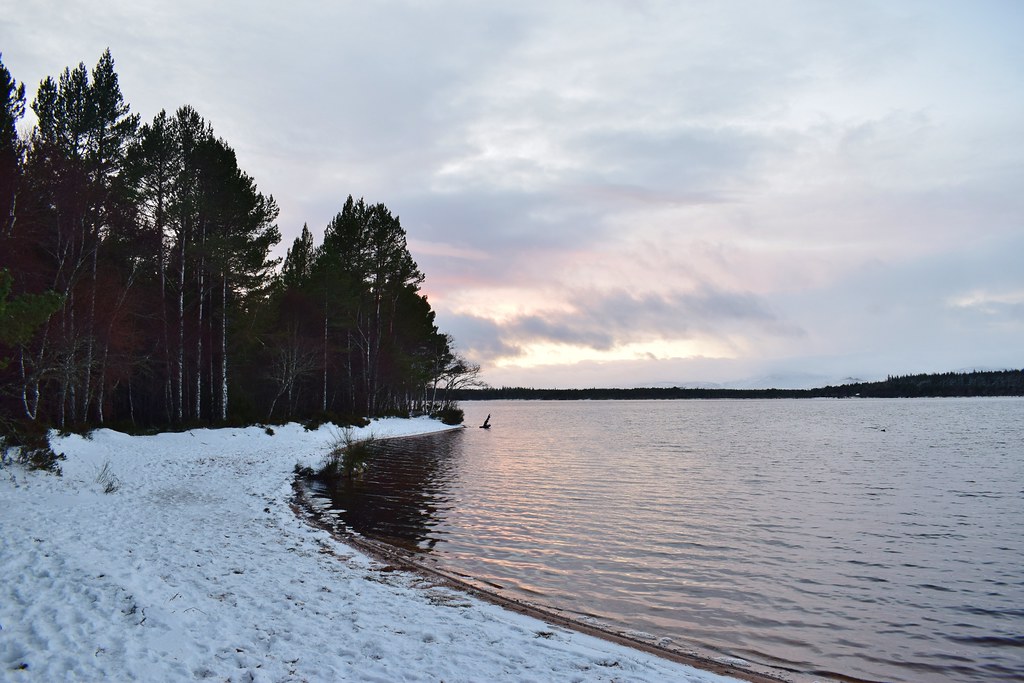 There were several people camping here, despite the sign asking them not to 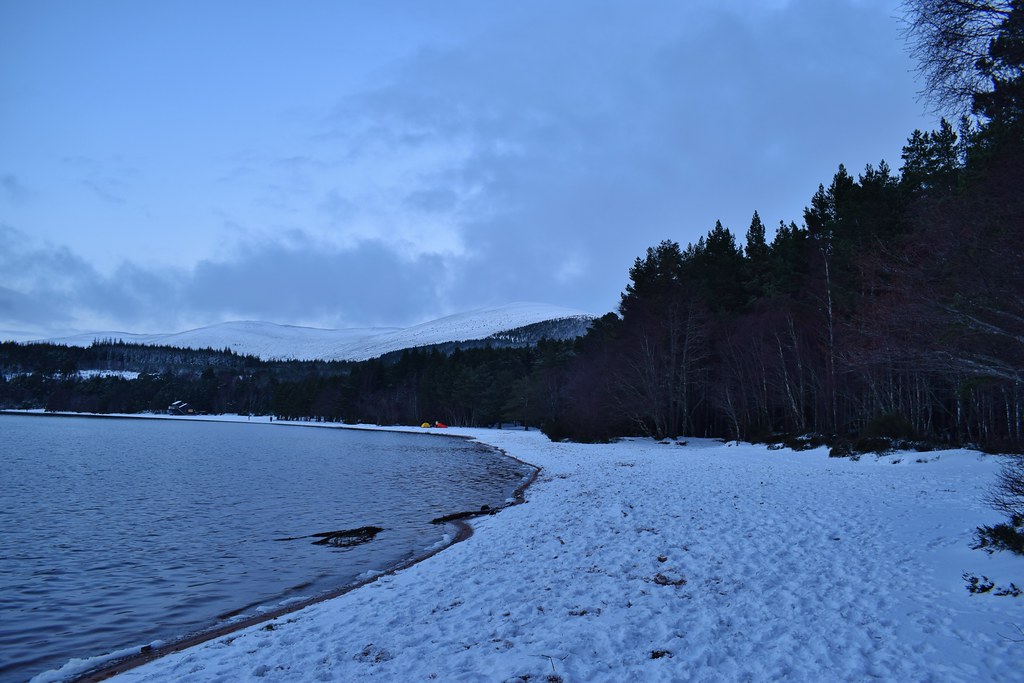 Looking across Loch Morlich towards the Northern Corries 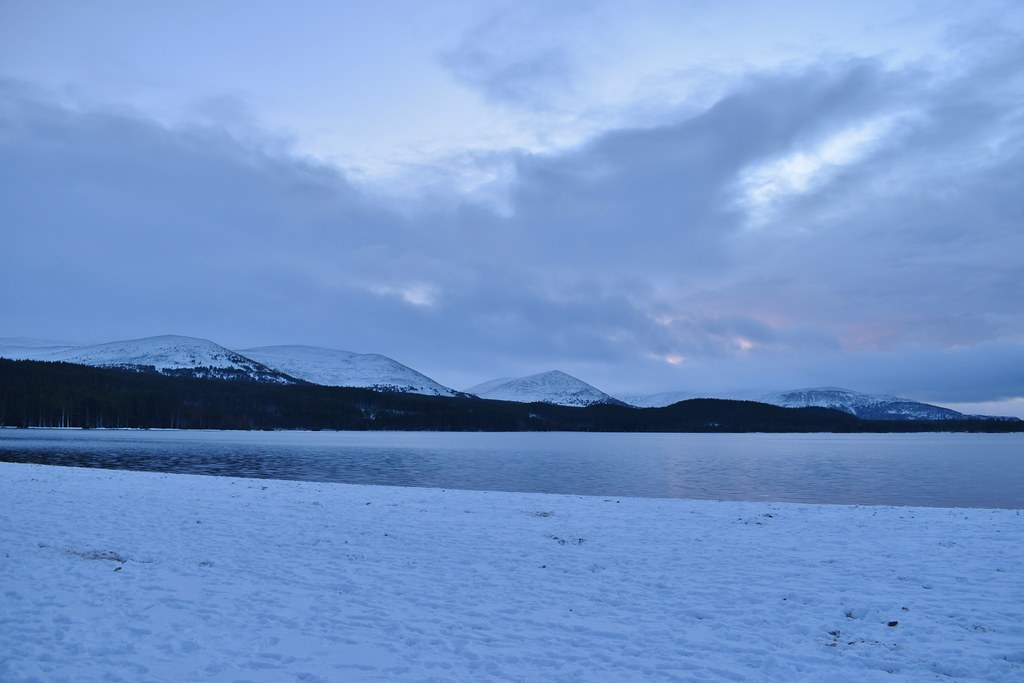 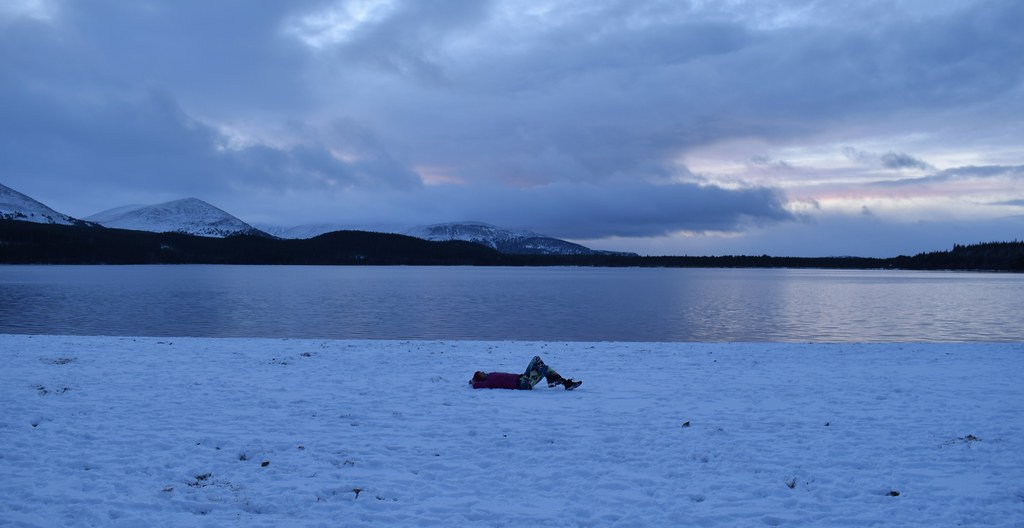 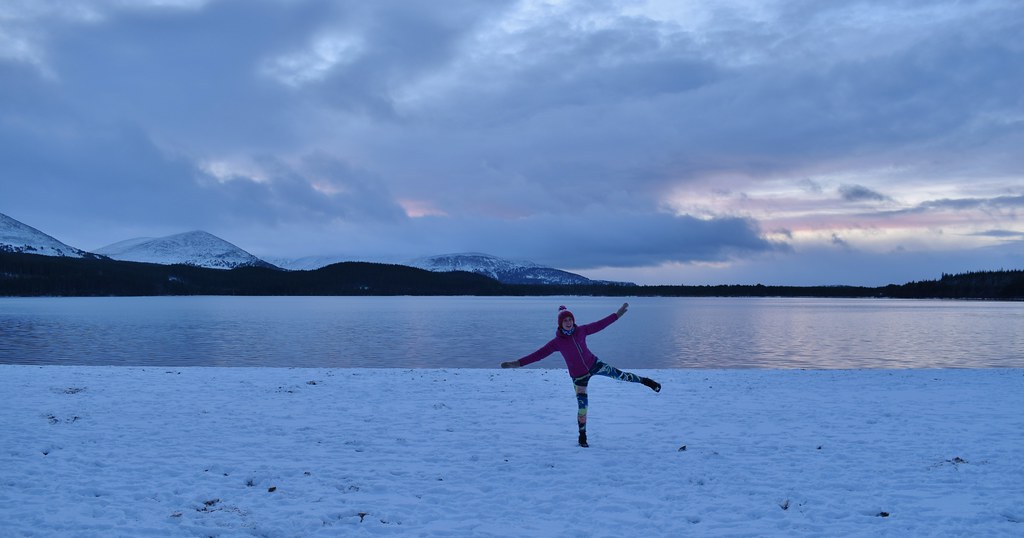 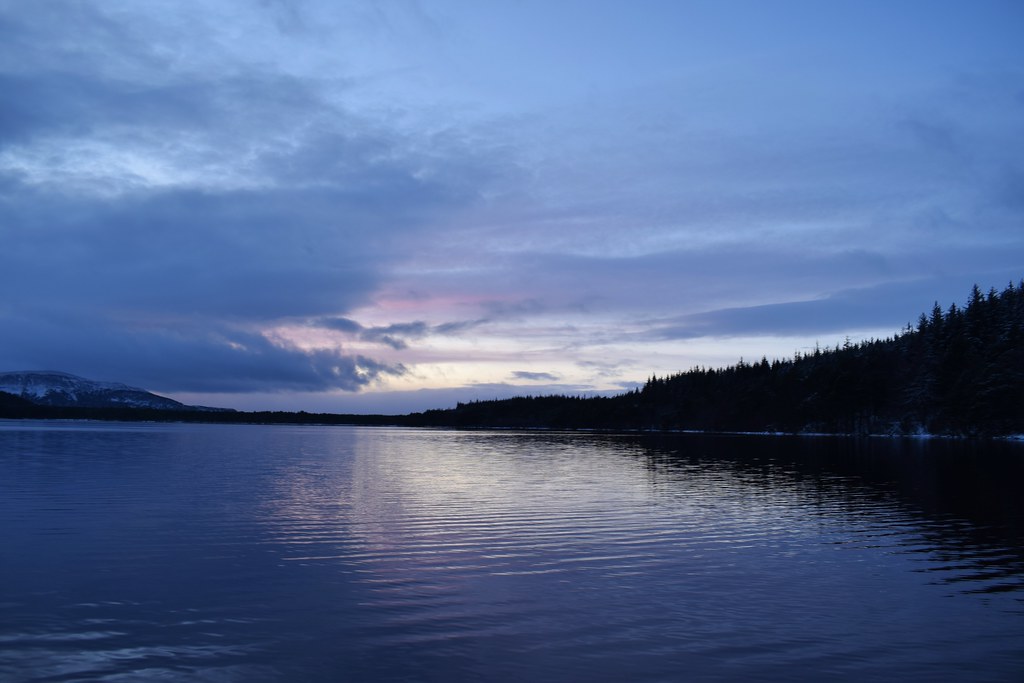 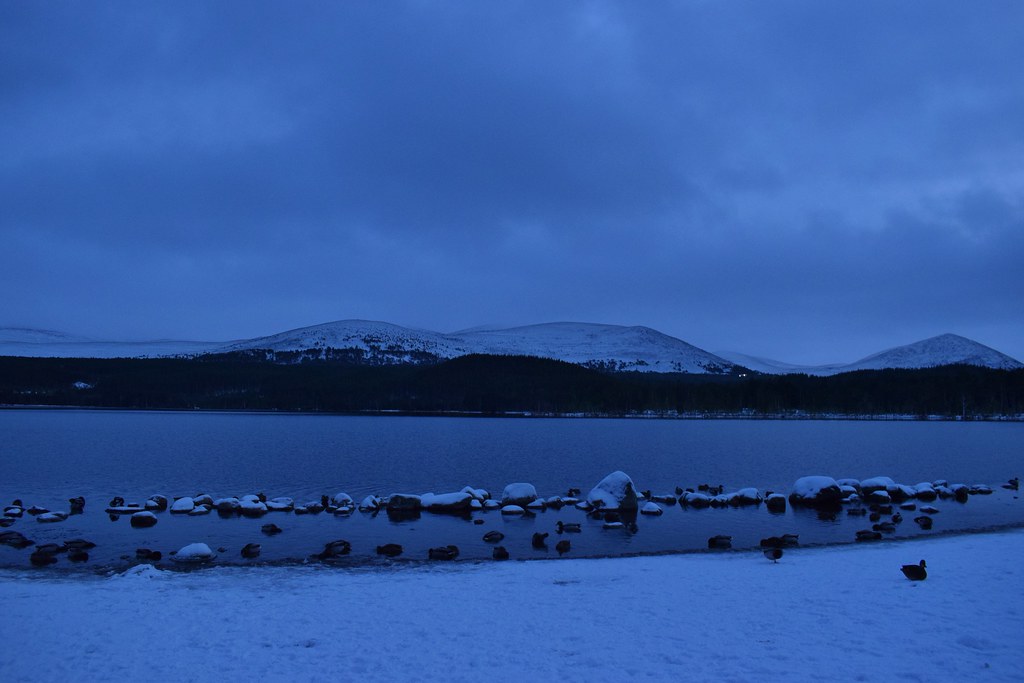 Of course, no visit to Aviemore would be complete without a visit to Miele's - however, instead of the standard ice-cream cone we discovered that they did hot waffles with ice-cream and chocolate sauce. Well, it would be rude not to 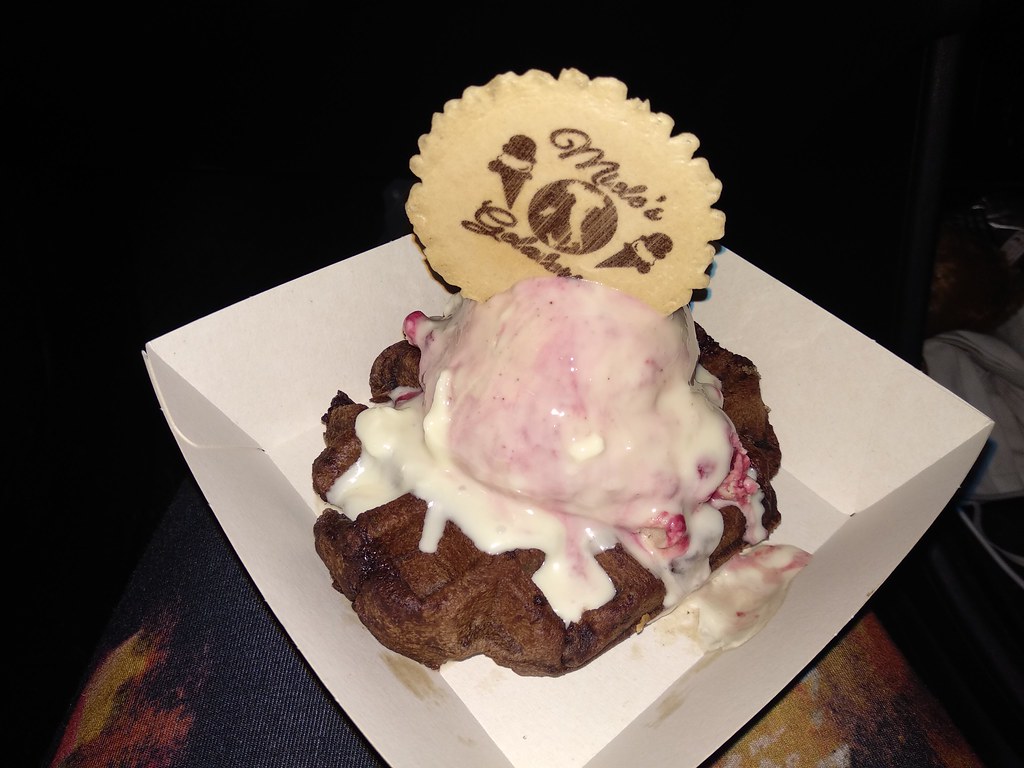 A short stomp up Reelig Glen

Another wander around Abriachan

A lovely seat on Lovely Seat

Blath Bhalg on the wettest day of the year (maybe)

An Groban - not even a Marilyn!

Tick Central at the Falls of Foyers