our_route.gpx Open full screen  NB: Walkhighlands is not responsible for the accuracy of gpx files in users posts
Parked on verge beside telephone box. Gate at John Buchan Way says no parking. Also says there is a walkers car park across the road the at Dawyck Estate but not clear where that is hence parked on the verge back down on the road.

Very quiet, on John Buchan Way. Passed a farmer and son both on quad bikes dealing with sheep in a pen. Son must have been about 8 but happy driving the quadbike. The sheepdogs just sat there keeping an eye on the sheep as I walked pass. Really well trained, did not hassle me at all.

Later on passed a dead deer that had got its leg caught in the fence. First sighting of Penvalla from the JBW

Carried on up JBW an on to Penvalla. 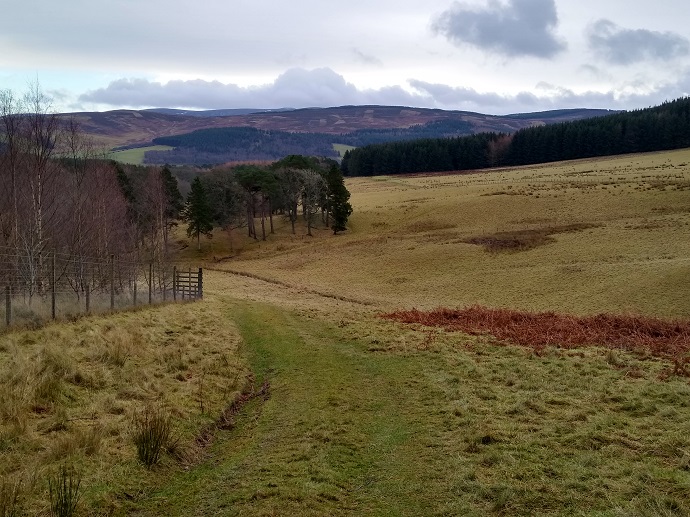 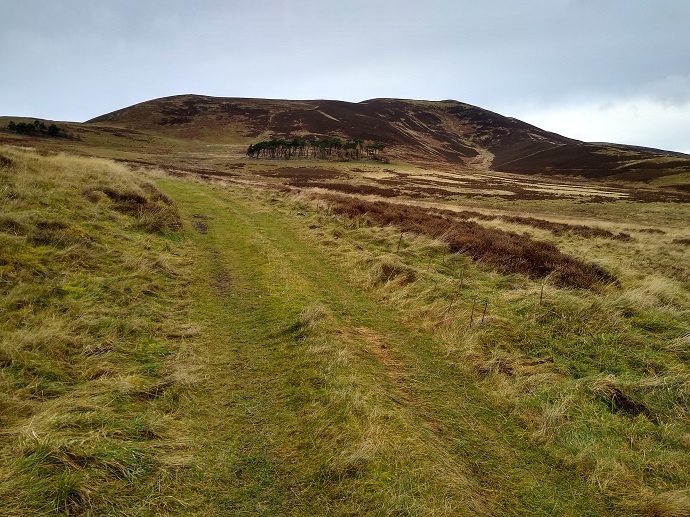 Penvalla from further up the JBW, once you get out of the trees 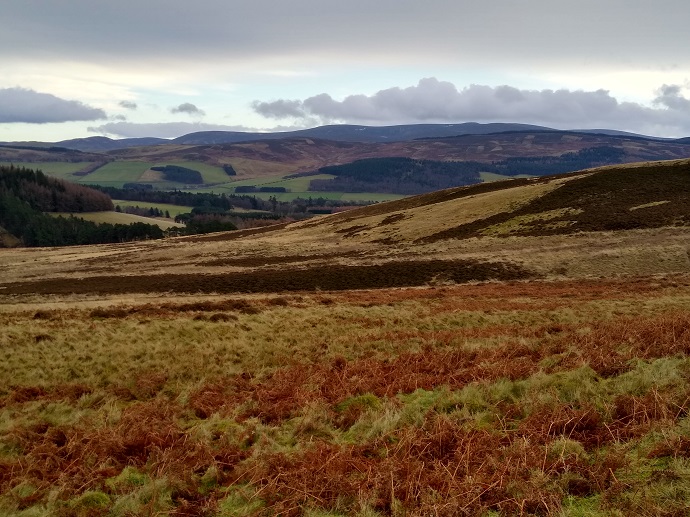 Patches of snow on what I think is Pykestone and Drumelzier

Great views under a glowering sky. 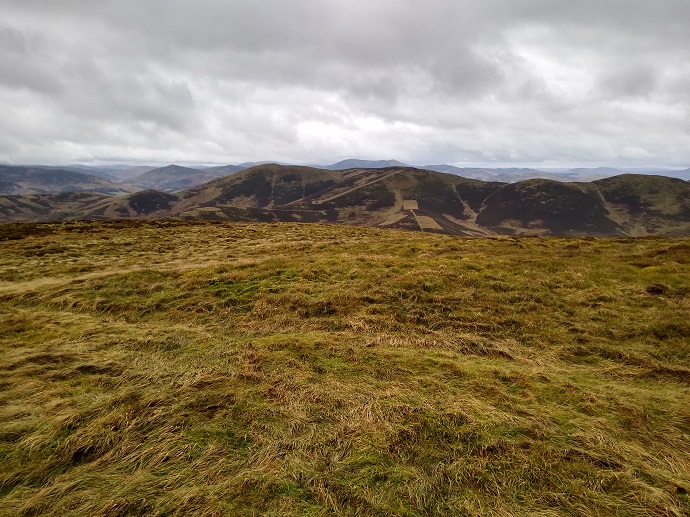 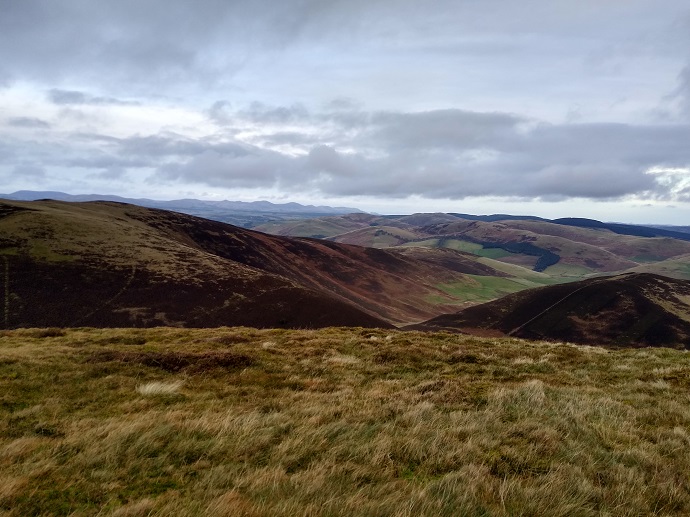 Looking towards the Pentlands from the top of Penvalla

Very windy at top so nowhere obvious for lunch. Decided to head N rather than go back way I came since less windy. Once down a lot lower stopped at a lone rock and had lunch. Carried on round the base of Penvalla until I met up with the track. Followed this round till eventually saw JBW again. There was a Range Rover going along the JBW very very slowly. At the gate beside the forestry, I caught up with it. I said "Alright?" to the driver, they said a friendly "hi there" back. Carried on down the JBW. Dead deer no longer there. Passed a couple with their kid and then went pass the farmer and his son again, both still working with the sheep. Sheep dog just wagged its tail as I walked pass. Exchanged a few words with the farmer He asked if I made it, I said I went up and back . I asked how his day was. I could not make out his reply due to my bad ears. Carried on back down the JBW back to the car.
Click to mark this as a great report. Register or Login free to be able to rate and comment on reports (as well as access 1:25000 mapping).