Second hill of the day was just a short drive along the road from Innerdouny Hill, Lendrick Hill. Parked up and went through the gate following another forestry track alongside a deer fence. Much of this route goes though forest so there isn't much in the way of views on the ascent. We reached a signpost with an arrow, but remained on the main track (that was where we'd come out on our descent). The forest opens out to the left and a short distance along we turned up a firebreak. Initially there was a path but this quickly petered out. It's steep going heading uphill, reaching a fence which needed to be climbed (or in the dogs case jumped) over at the corner which is free from barbed wire. The ascent continues over grass, the summit soon coming into view.

We stopped at the summit first, and then headed along to the trig point which had views down to Loch Leven and the Lomond Hills. For very little effort, the views are really worthwhile! There is a clear path from the summit and we followed this to a fence with a stile. Had a bit of difficulty here as Zena needed some encouragement to jump the fence! The path leads down towards the trees and heads into the forest, the muddy descent well signposted back to the main track. 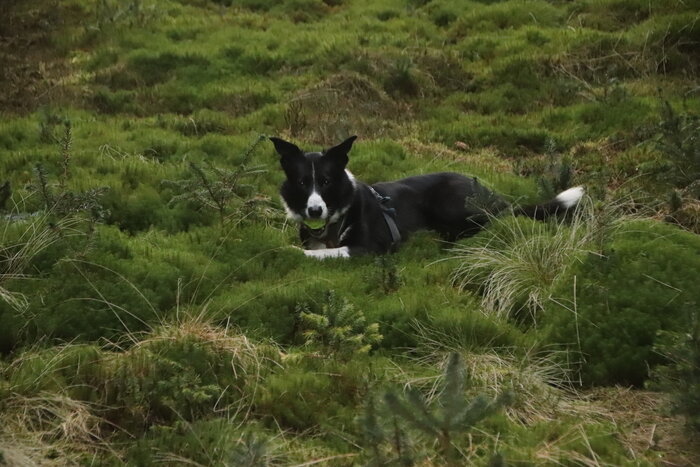 Moss found a tennis ball on the ascent up the firebreak 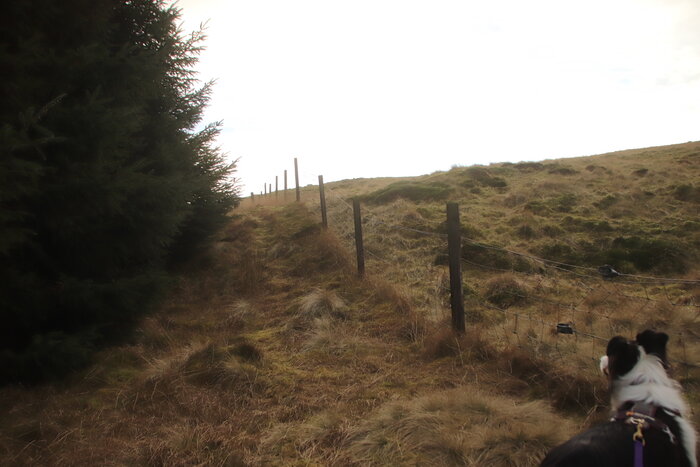 Point where we crossed the fence 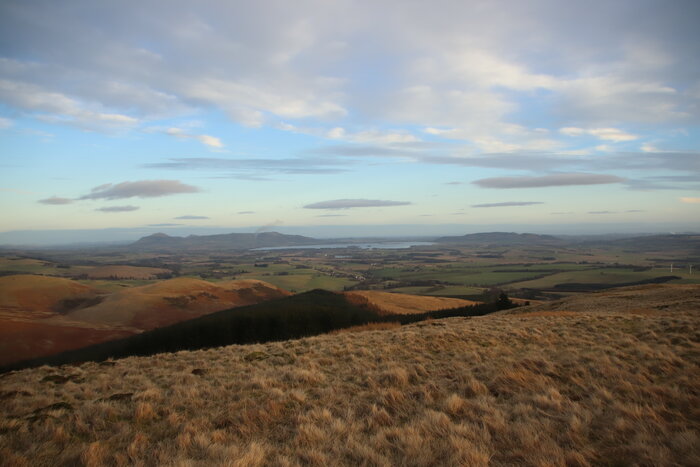 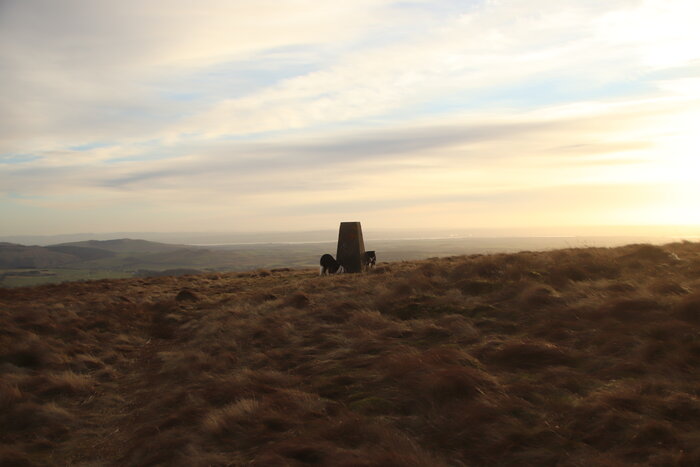 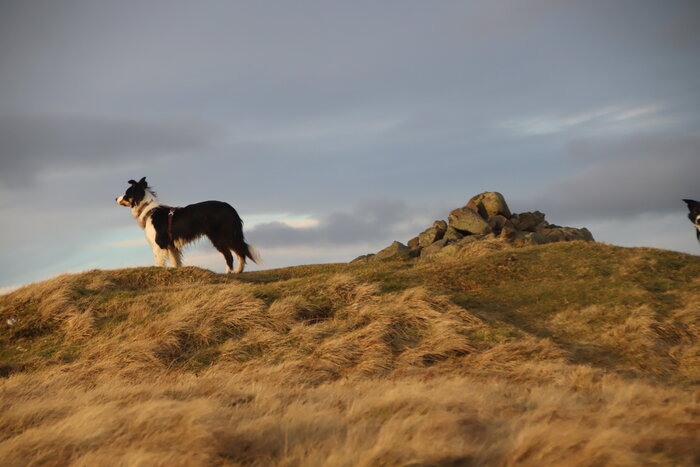 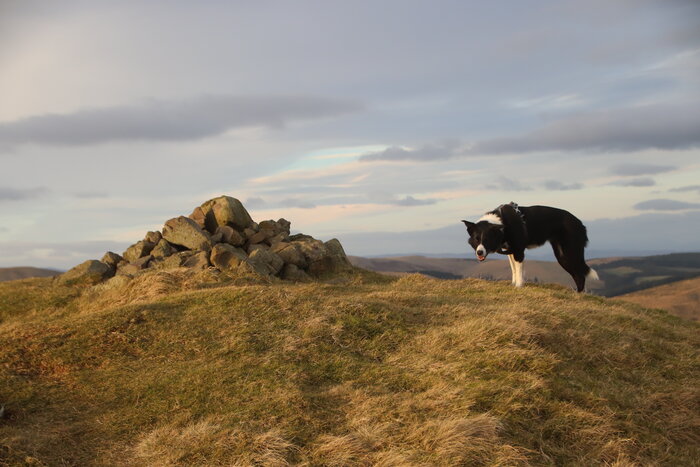 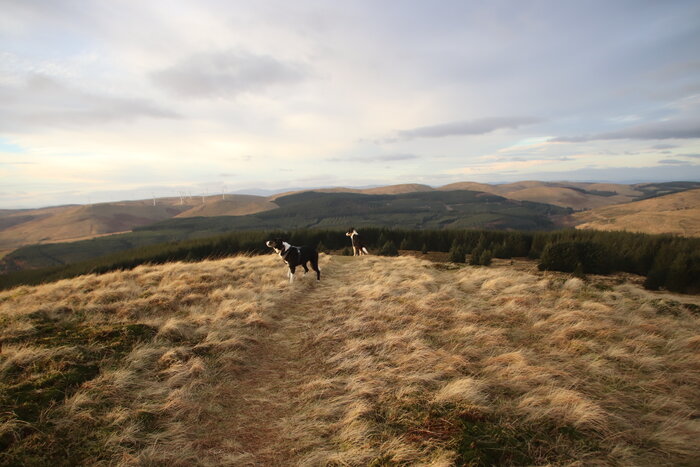 
Is it January? Innerdouny Hill