To celebrate Julie's birthday we decided to tackle Beinn Ime from Butterbridge. Having bagged all the other carparks in the area we eventually found the right one. Julie's 9 year old son David was about to attempt his first Munro, and I, my 50th. 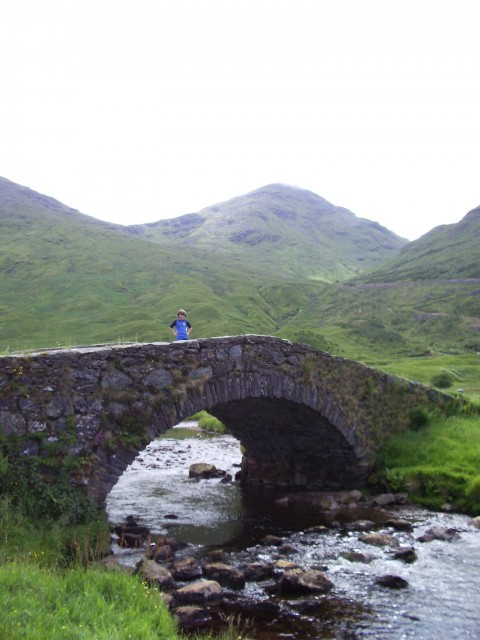 We set off over the road bridge, past the old ruin and onto a foresrty track that zigzagged up for a few hundred feet. Despite the sunshine and heat, there was still plenty of water on the mountain and Karen, having left her boots in Glasgow by mistake was finding this out to her cost. Soggy gutties; no nice no it's no.

We took this stretch very leisurely and stopped for lots of rests, mainly for the other old ruin, Grizzly McGregor, Julie's hubby, who having found a long stick regressed to a rustic mountain man mode.

The ground became very much steeper as we entered the corrie between Beinn Luibhean and Beinn Ime. The sweat proved to much for Old Man McGregor and he turned back for the car and to start work on his next novel entitled, "Remind Me Not To Go F****** Hillwalking Ever Again!"

Hillwalking's just not for everyone. Julie, Karen, David and I however were loving it and proceeded up by the waterfall towards Bealach a' Mhargaidh. David and I gnashed on ahead as we picked up the pace and we were afforded great views of the Cobbler, which on inspection with the binoculars looked to be very busy at the top. 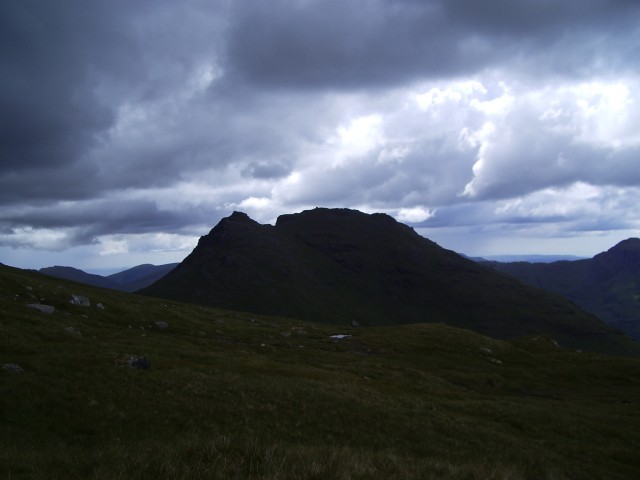 The Cobbler from the bealach

In contrast we had only met one solitary fellow on the way down and we thought we'd have the summit to ourselves.
Some cloud came in and it began to rain, but undaunted we ascended up through some boulders until we met with the path from Narnain. From there it was just an easy peasy wee scramble to the walled cairn at the top. 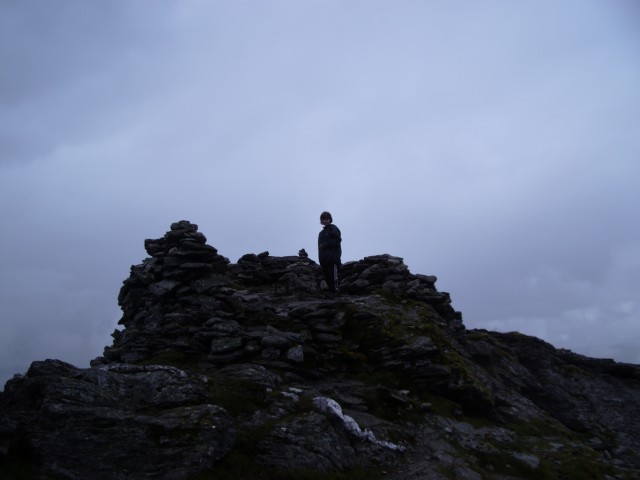 The girls caught up with us fairly quickly as they opted for a more direct route up the boulder field and we had Birthday Jaffa Cakes and sang to Julie. 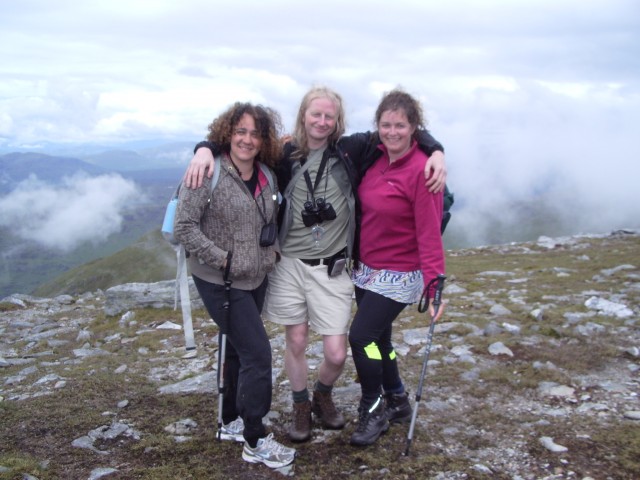 To descend we went north to Beinn Chorranach and came down by the stream in very tussocky boggy ground, again very steep. David loved this as he spent more time on his bum sliding down, than he did on his feet. A change of clothes back at the car and a well earned dinner of Sausages and Mash in Arrochar topped off a great day out, and as you can see, mum Julie was dead proud of her wee boy. 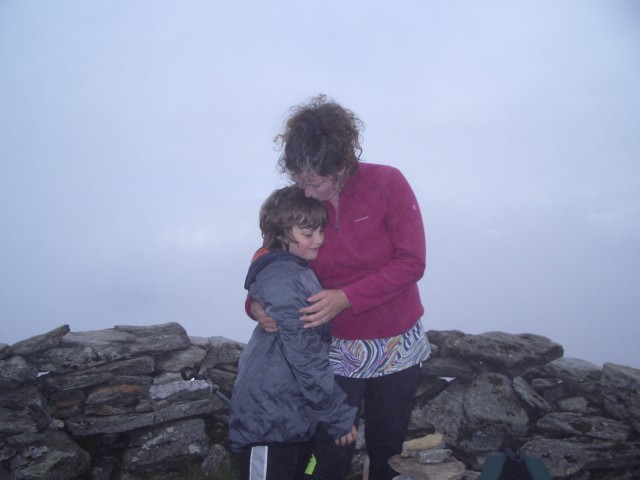 Location: Glasgow
Occupation: Performing Artist
Interests: Hillwalking, Cycling, Snorkeling, Caving, Trapeze, Music, Comedy, All the usual spectator sports and Camaraderie.
Activity: Munro compleatist
Pub: The Doublet
Mountain: Suilven
Place: Sutherland
Gear: Hip-Flask
Ideal day out: A Munro or so, a quick dip in a river or loch, a wild camp, a roaring fire, a guitar, a song, a dram, some cameraderie and a midgie-free starlit sky.
Ambition: To be as high as possible