Over the Easter Holidays 2010, our first try to hike to Ben Venue from Ledard farm was not successful. Just the day before heavy snow covered the track for the most part, and we returned after getting stuck in several snowdrifts, just after passing the fence for the first time. The weather, at first fine, changed suddenly and snowflakes were falling thick. Like a beaten army, my wife and I returned home.

On June 27th 2010, I tried for the second time (this time alone). The day started dull with overcast sky and occasional showers, but I was eager to finish the hike. The only thing that bothered me was that I would probably not be back in time to watch the Germany - England football worldcup match. I made a bet with myself that if I would get to the summit of Ben Venue, Germany would surely beat England.

The first part of the ascent - gradually getting steeper - was wet to the extreme as the wet fern along the path could not be avoided. But at least the ground was dry without boggy stretches. This time, deer were rarely spotted (on our first try, we saw plenty of them). After passing the fence using the ladder, the path was easy to identify, and I was wondering how on earth we could miss it the last time, even with the snowdrifts. From here, the going went easy, the path was even and soft, and the sky turned from dark overcast to a light grey, with a few drifts of clouds and fog over the hills in the distance.

The next waypoint was another fence crossing, and for the first time the panorama of Loch Katrine came into view. From this point on, the weather became fair, with blue sky and a few clouds in between. The path continued parallel to the ridge, in my opinion the most beautiful stretch of the hike, as the view over the valley and Loch Katrine was breathtaking. Soon, the final ascent began after crossing a small ridge. Marked by a big cairn, a few hills had to be crossed, which was slightly demotivating as it meant up-down - up down - up down movement in short succession. But the summit was in reach now!

The final ascent was comparatively easy. I went on both summits, each with a spectacular angle of view. Only a few other hikers appeared during my break, but I was accompanied by two mountain goats I spotted on a lower ridge. The way back was easy and uneventful, I was happy that I had conquered my second hill (if Ben A`an counts as one).

I was even happier when I found out that England had lost 1:4 against Germany. My scottish hosts also rooted for Germany. Must have been a fantastic game, but it was a fantastic hike, too! 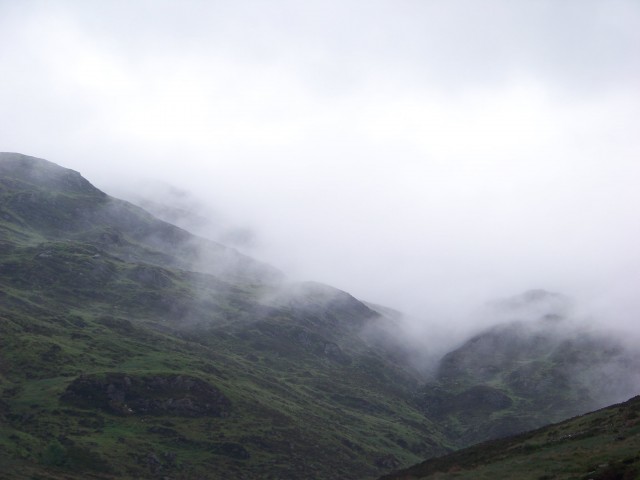 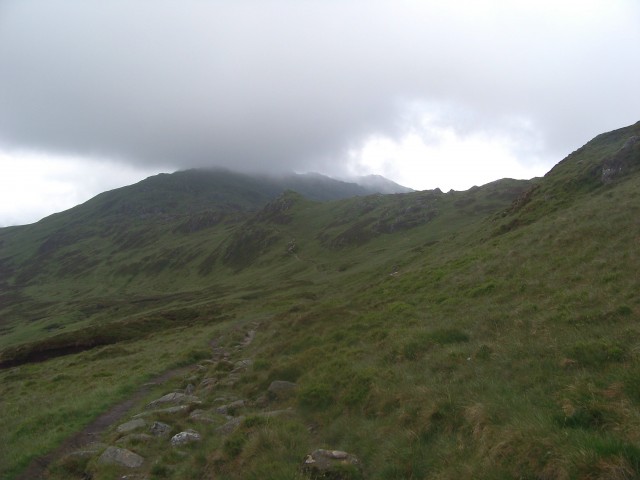 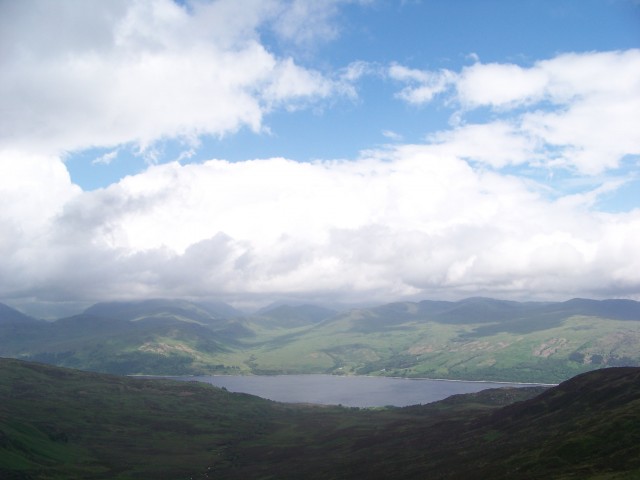 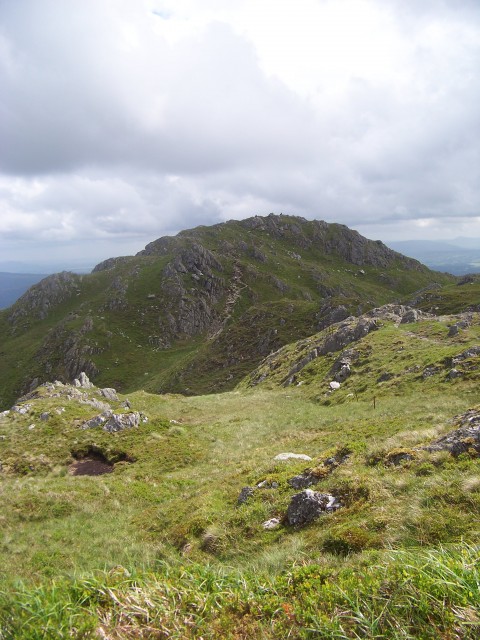 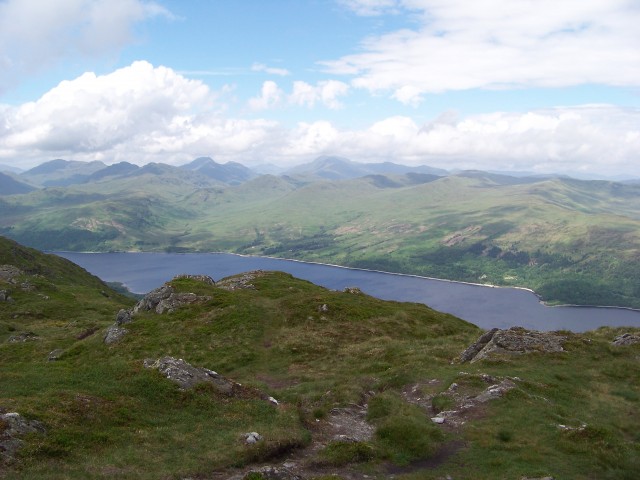