I've not been out in the hills much in recent years but one walk I love to do is my local one, along the River white Cart to the Clyde. Usually bird watching on the way but since lockdown have been walking it the long way to get my exercise in for the day. Takes about an hour with no stops.
Start at front door of close A pleasant walk through the park, people feeding the ducks in the pond but no children in the swing park as it too is closed off because of the virus. A memorial in remembrance of lives lost in the workplace. Out of the park at the town end and past the Victory baths, which are usually open, an old fashioned pool with changing cubicles around the side, nothing fancy here. The cenotaph still has its poppy wreaths 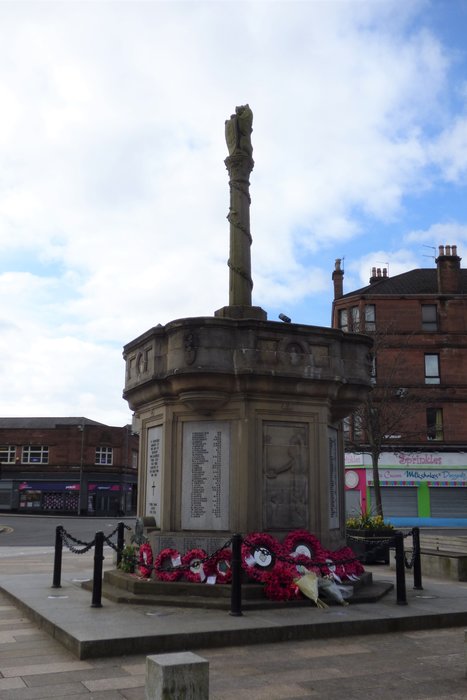 Along the main road through the town, leads you to the road to the Renfrew/Yoker ferry slip, but not for us today We turn left towards the small industrial estate that used to be home to Christies scrapyard, so much quieter now. The yard closed as the land is needed for the new bridge to Clydebank. You can see the damage done by the scrapyard to the trees behind, though there is more greenery now. The red brick wall was 60 - 70 feet tall and stopped all the light until recently, now nature is winning again. Then along the woodland path to the river Clyde. Look back towards the Renfrew ferry Continue along the path passing old navigation marker posts and newish seating on your right, Renfrew golf course is on your left but we're usually looking toward the river or sky (husband takes photos of planes and boats but there are very few just now). 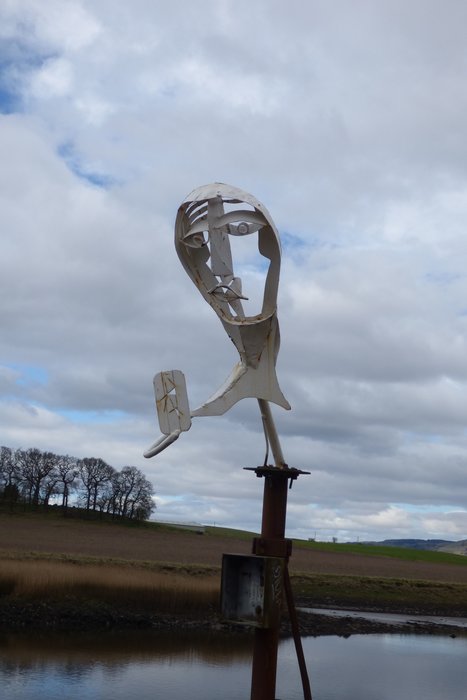 Your next notable sight, apart from the Normandy Hotel is the Bascule (or swing) bridge, home to feral pigeons and jackdaws just now, but soon to be joined by our summer visitors, the swallows. 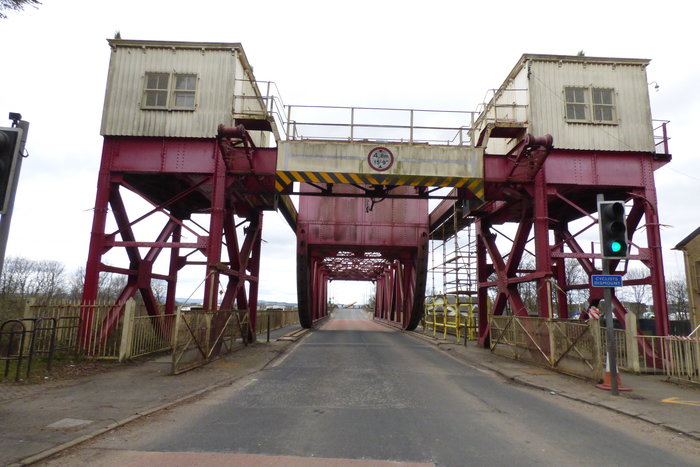 Not very often you can take that photo safely! Continue over the road and along the river path to Porterfield Road then back home. Where the path joins Porterfield Road is a white container which is used by a local volunteer group to store equipment used in keeping the riverside clean. They've done, and are doing, a great job. That's my Boris walk, finding it a bit busier than usual as gyms and schools are closed, lots of people using it for their exercise. I've seen lots of cyclists using it but be advised there is a lot of debris on the path from recent high tides.
Click to mark this as a great report. Register or Login free to be able to rate and comment on reports (as well as access 1:25000 mapping).


Lovely Linlithgow, a re-introduction, I hope.