Despite spending a lot of time in Arran visiting family, I have not explored many the hills or Corbetts, other than Goatfell (which I've done plenty of times now!). We headed over to Arran last Friday and scheduled in the Three Beinns walk for Saturday as dry weather was promised! It is a brilliant walk, although tough in places (deep bog, atrocious clouds of midgies...) but the views of the south of Arran and Goatfell were incredible.


TrackFollowThree-Beinns-Walk-Glen-Rosa.gpx Open full screen  NB: Walkhighlands is not responsible for the accuracy of gpx files in users posts

After a nice coffee at the Little Rock in Brodick, we drove to Glen Rosa Campsite and set off around 10am. There was plenty of spaces despite the camp site being busy. It was glorious sunshine and really warm and humid for much of the morning. 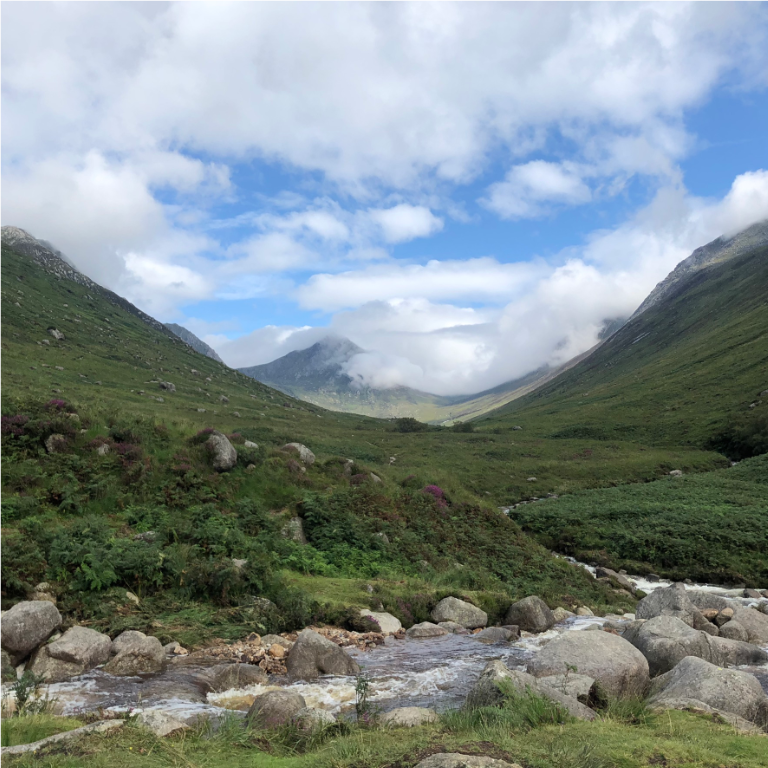 Gorgeous start to the day, looking up Glen Rosa on the approach from Glen Rosa Campsite. 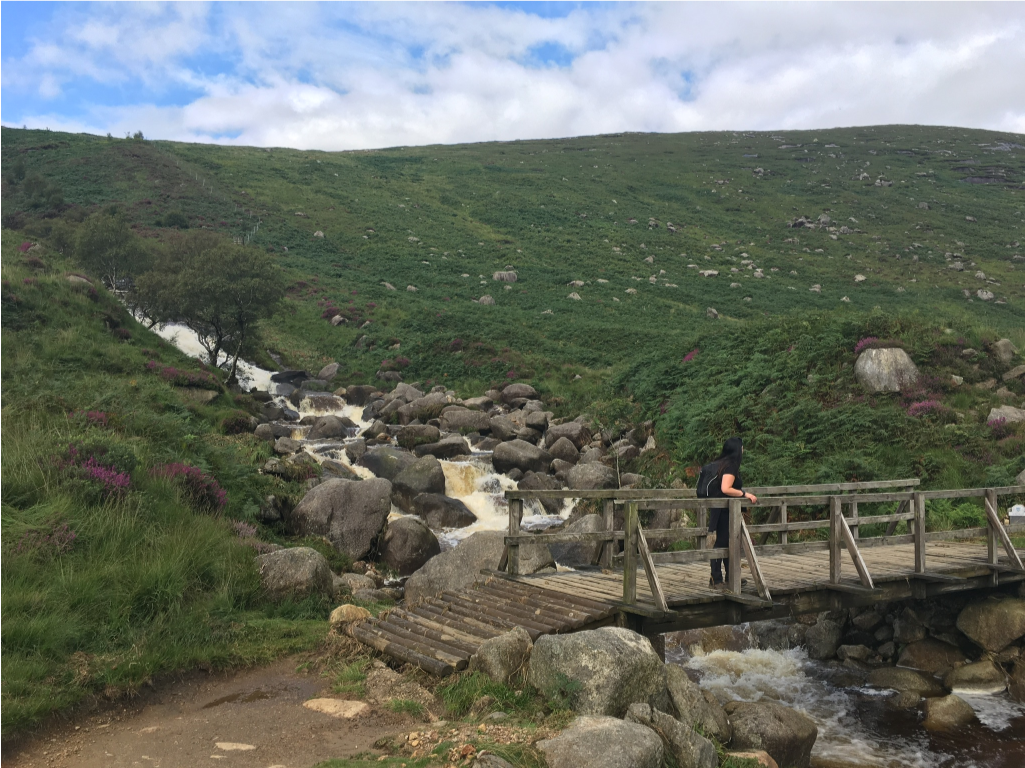 After crossing the bridge, the path steers off towards the left and follows the waterfalls of Garbh Allt. The path is pretty overgrown but easy to follow. 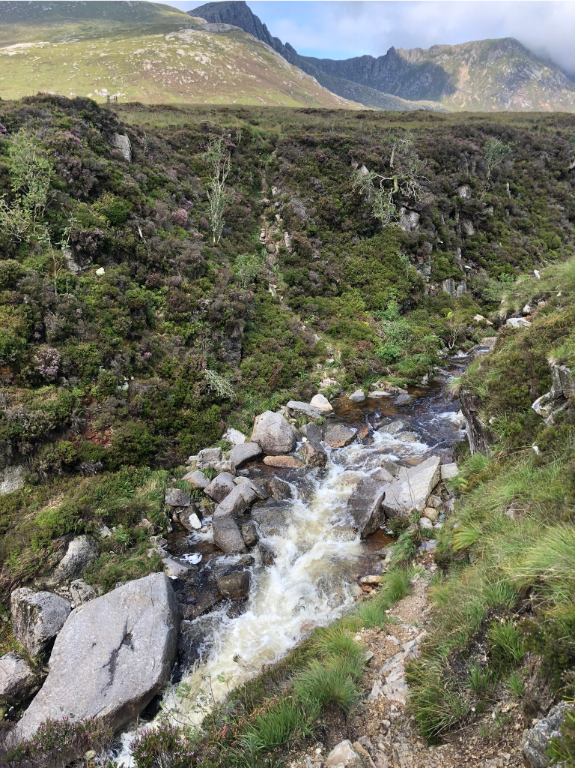 Where the route crosses Garbh Allt.

Once up on to the very boggy and wet Coire, there isn't much of a path but the route is straightforward over the moorland. We had a little difficulty trying to cross the Garbh Allt as it was a little swollen due to the recent heavy rainfall. Deciding not to risk it we took a detour and followed up it upstream into Coire a' Bhradain and crossed where it was more pleasant. 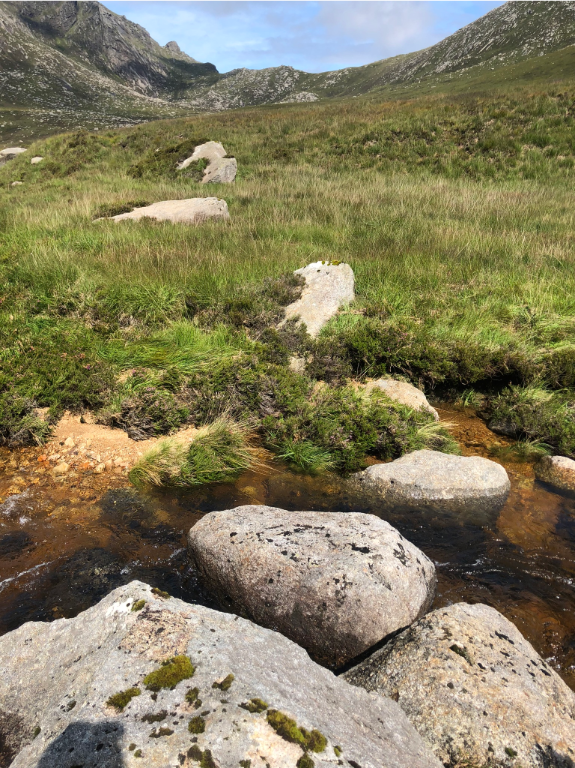 A much more pleasant crossing!

Having strayed off the path, we 'off-roaded' it straight uphill on a rather steep (and sweaty) ascent to meet the path again on the approach to Beinn Nuis. Once back on the path it was very easy walking and we reached the first Beinn in no time. 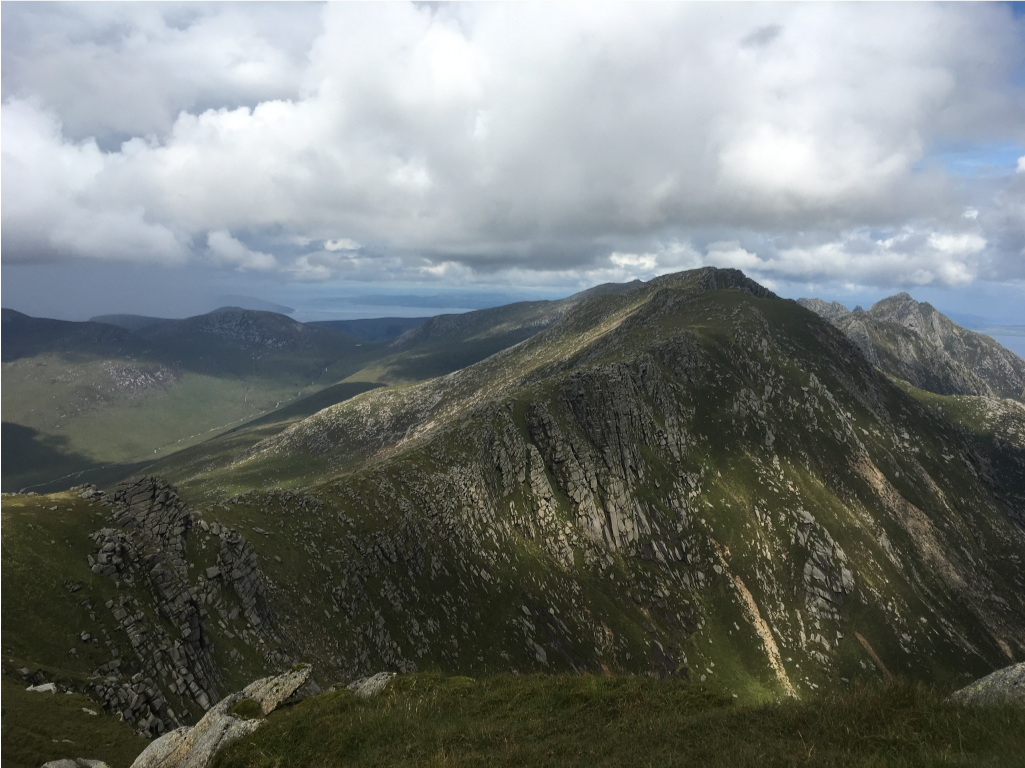 Looking over to Beinn Tarsuinn from Beinn Nuis summit. 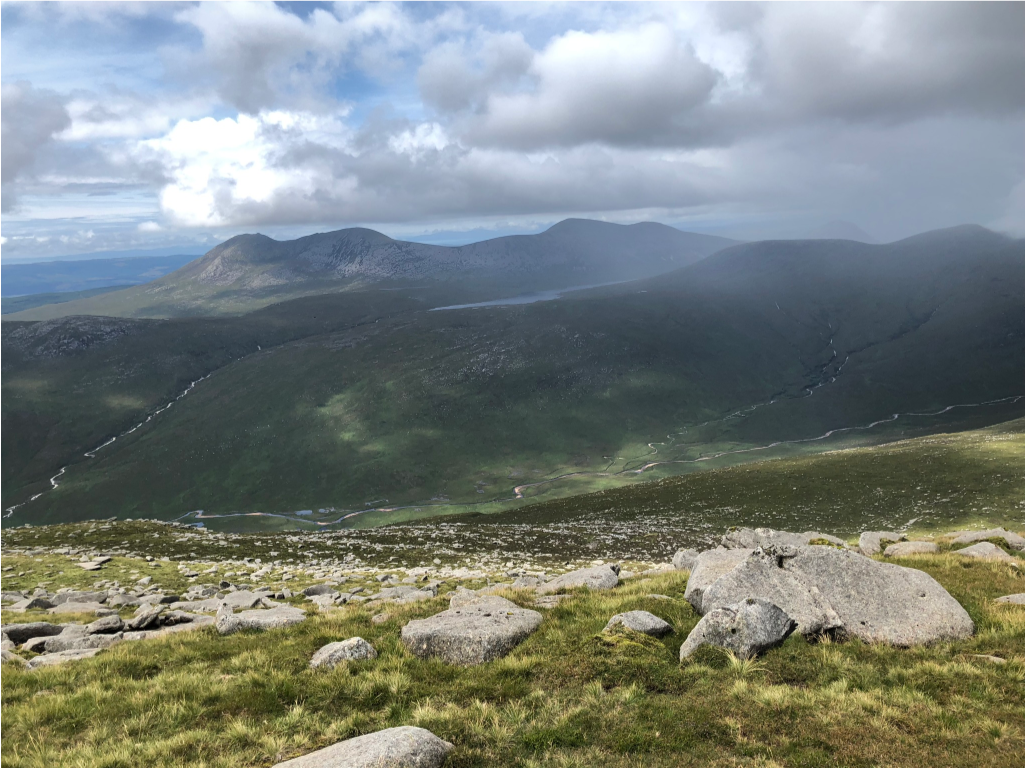 View over to the Pirnmill Hills with grey clouds heading our way!

As we approached Beinn Tarsuinn from Nuis, we were engulfed in the aforementioned grey clouds (boo!) and rain for the summit, which stayed with us until we descended down towards Beinn a' Chliabhain. 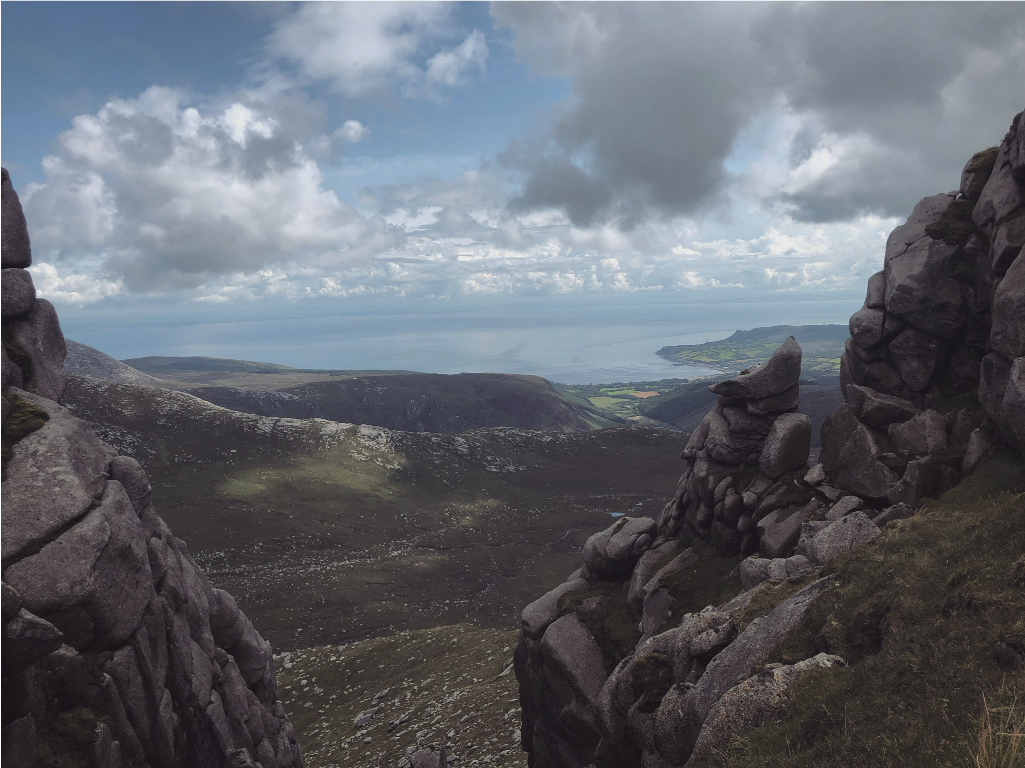 Looking down to Brodick in between the granite stacks on Beinn Tarsuinn. 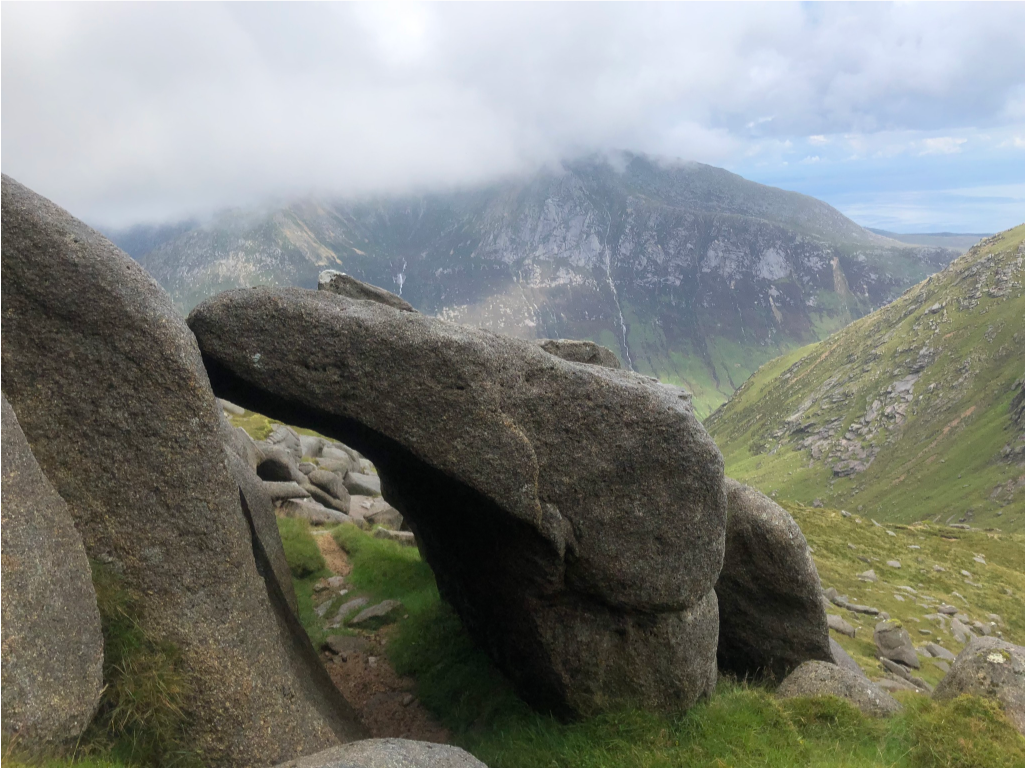 A little granite arch descending Beinn Tarsuinn with a moody Goatfell in the background. 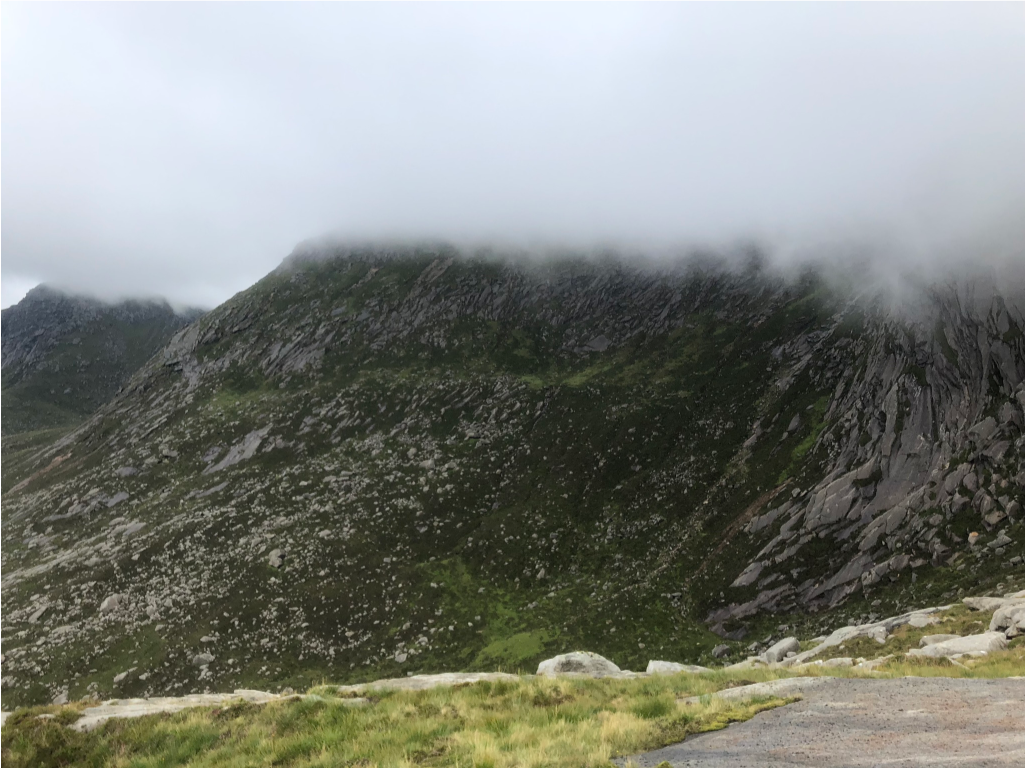 Looking back over to Beinn Nuis and Tarsuinn with their heads in the clouds, from the approach to Beinn a' Chliabhain.

The cloud starting to lift a little to give us a better view of Beinn Nuis and Tarsuinn on the approach to Beinn a' Chliabhain. 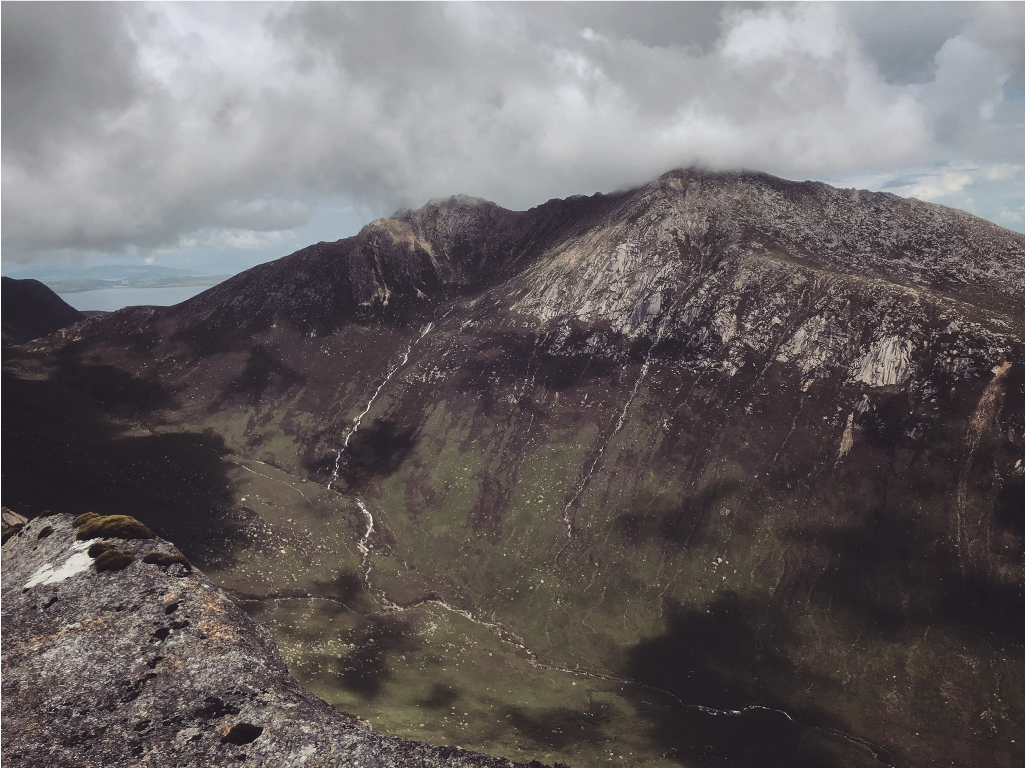 View from the summit of Beinn a' Chliabhain, down towards Brodick and the Holy Isle, gorgeous! 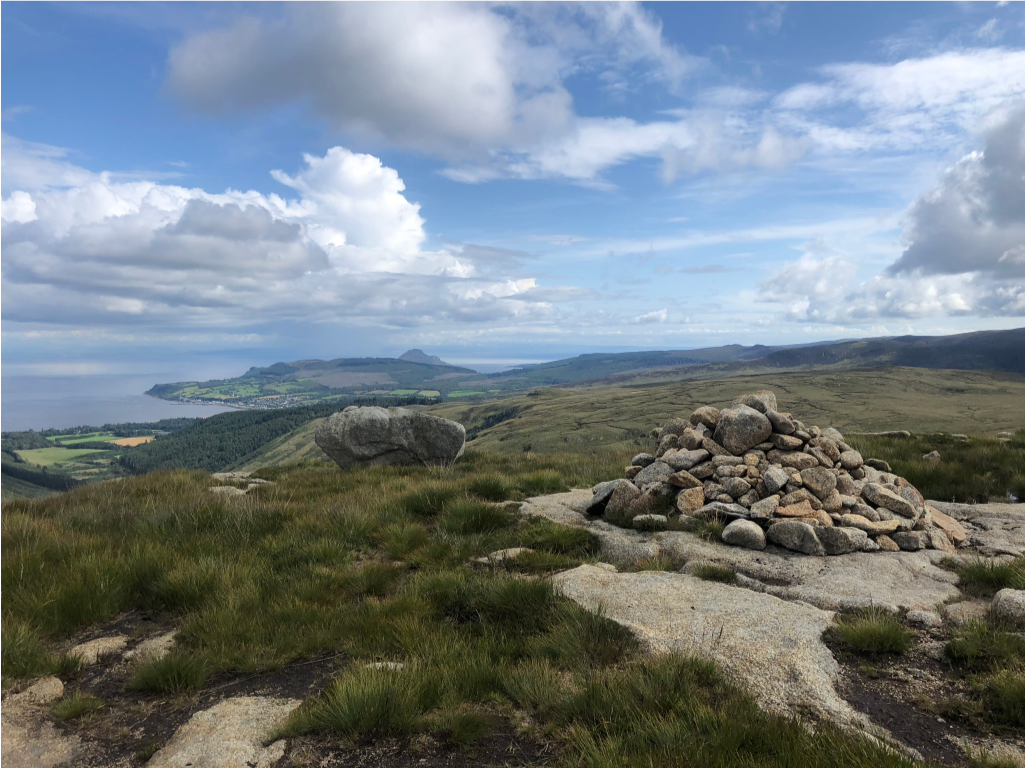 The last cairn of the day on Cnoc Breac on the descent.

We had a very sunny and warm descent back down on to the boggy Coire and back to join the same path we came up. A brilliant day on the hills!
Click to mark this as a great report. Register or Login free to be able to rate and comment on reports (as well as access 1:25000 mapping).