New_Route (10).gpx Open full screen  NB: Walkhighlands is not responsible for the accuracy of gpx files in users posts

A quick blast around on the ridges of Grizedale between Coniston & Windermere covering a couple of Wainwrights Outlying Fells (although not following any of the recomended routes in his guide books.
We were originally to set off from High Nibthwaite near the shores of Coniston but on arriving there we couldn't find a decent place to park so changed our minds and drove up through Oxen Park and out through Force Forge (where we stopped for a quick geocaching trail, approx 40 minutes walk round beautiful scenery and passing the cascading waters of Force Beck) before parking up at a lay-by just south of Satterthwaite.

The walk took us up a bridle path into an area of Grizedale Forest in which we made the most direct path following a GPS compass bearing towards Top O'Selside. The path was fairly clear for the entire journey there and cut across the more profound forestry tracks that litter this area of the forest on a much narrower path before it opened out to the north of the fell top on to open moor land near High Parkamoor.
We traversed round the fells northern path trying to find a clear route up before deciding that our only options were sheep tracks over quite boggy land. We covered at least 3 tops to ensure we'd reached the highest point but took the photos at the only one with a nice stone cairn where we met another couple of lads out for a quick wander.

The path down and back to the gate that led us out of the forest area was more direct on the way back after dropping first to Arnsbarrow Tarn for a quick quiet cache grab.
From here we followed a number of forest tracks round Mustard Hill and on past the western flanks of Carron Crag that were densely covered in trees with no route through.

On walking round to its northern flanks, Damson & I made the decision to try and cut through the tree cleared area on a more direct route to Carron Crags summit which made for very heavy going over logs & bogs before we reached another track leading to the gateway to the summit.

The final push up to the top was easy and we were soon taking in a bite and a drink and a few photos (Damson posing on the trig point as usual). A further 50m on was a nice wooden sculpture which gave Damson even more opportunity to pose before we made our way down and back along slightly lower paths back towards Satterthwaite and the car.

The weather was great for this time of year and the scenery beautiful, especially the views over to the Coniston Fells. A few piccies of the wander are shown below. 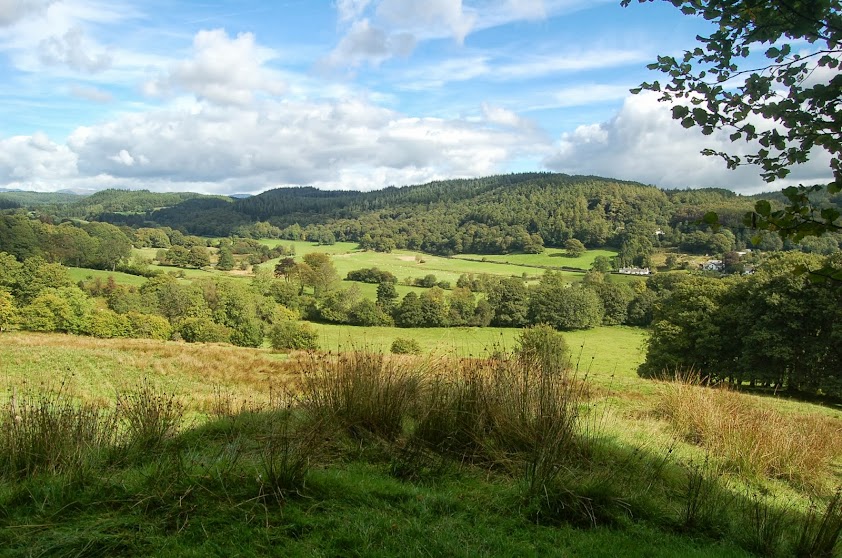 Valley around Satterthwaite from initial bridleway 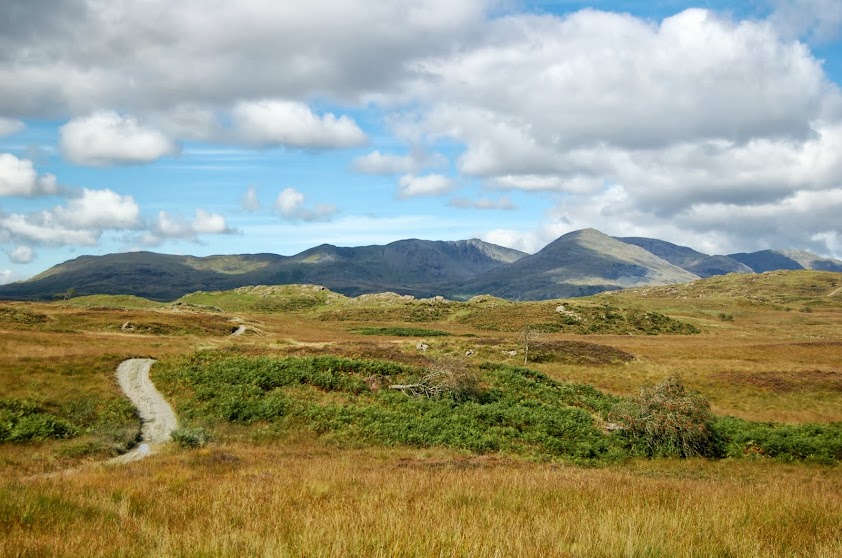 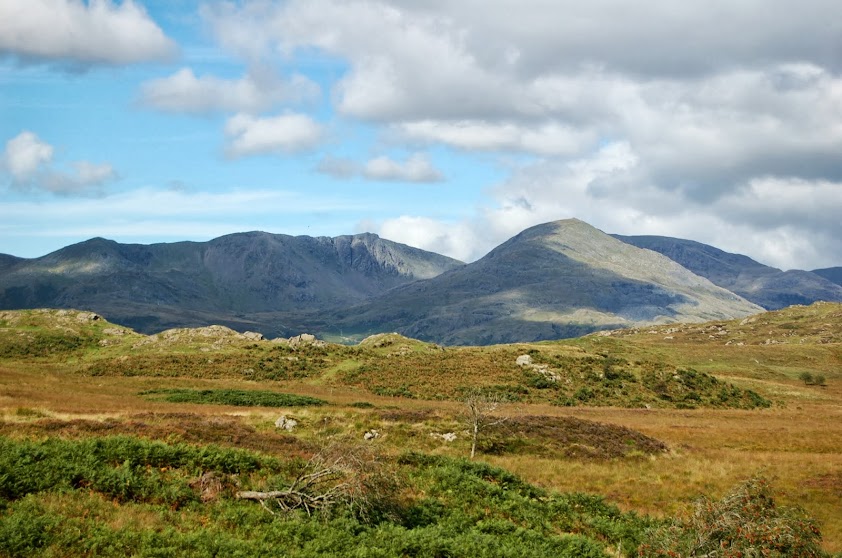 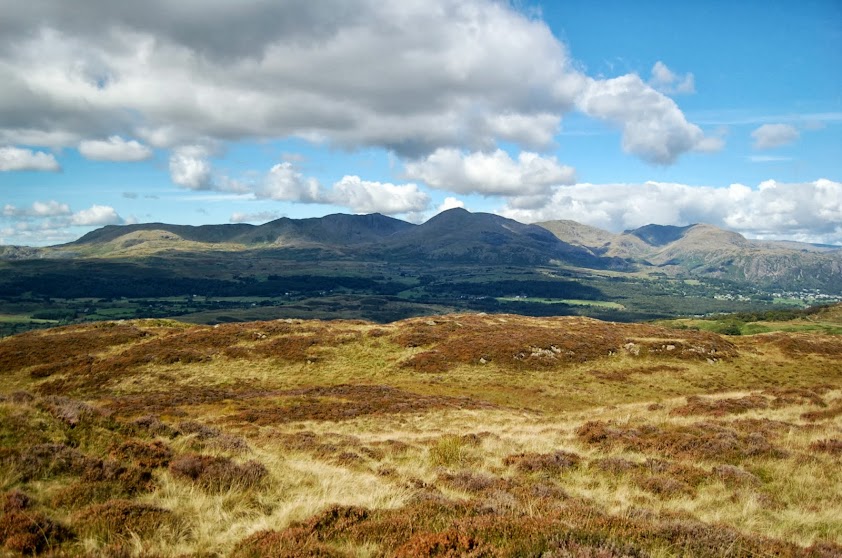 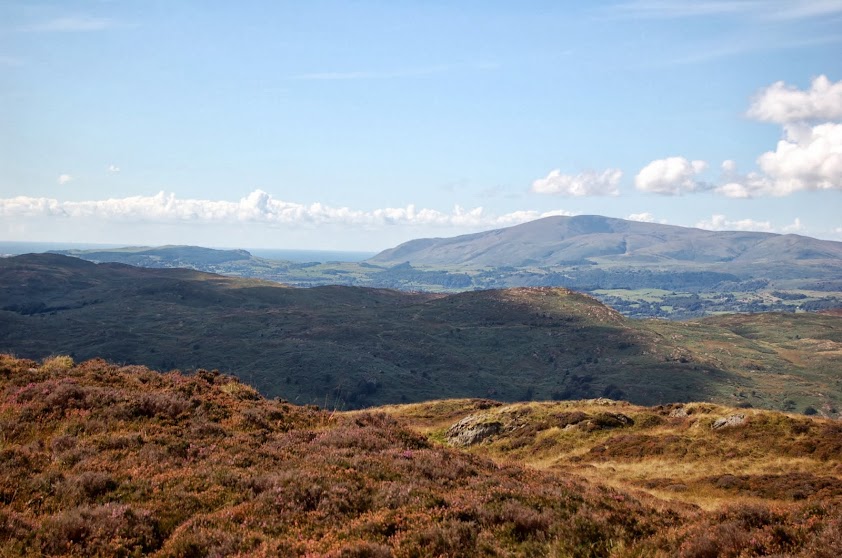 View to Black Combe and Furness from Top O'Selside 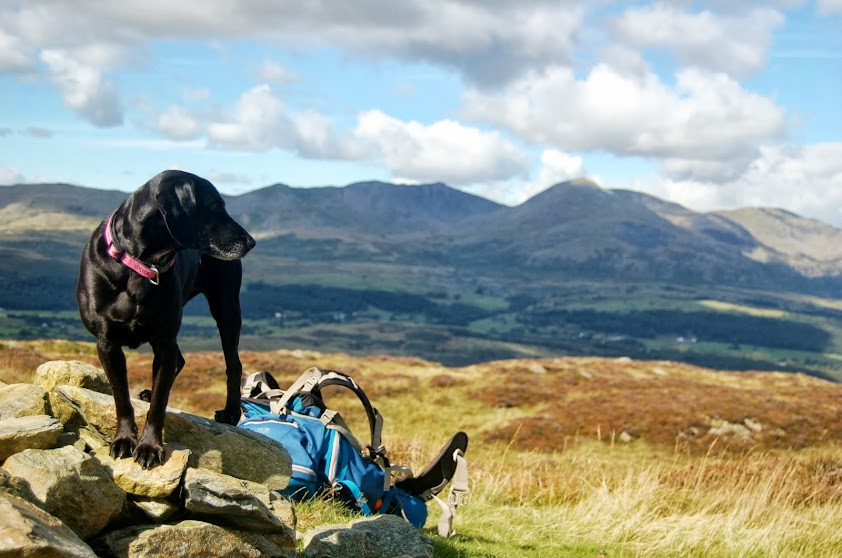 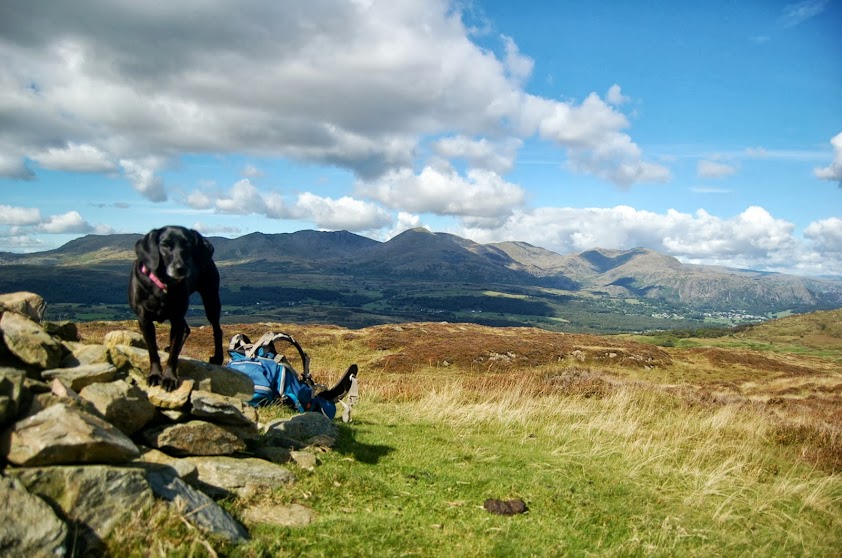 And again but with her paying attention this time 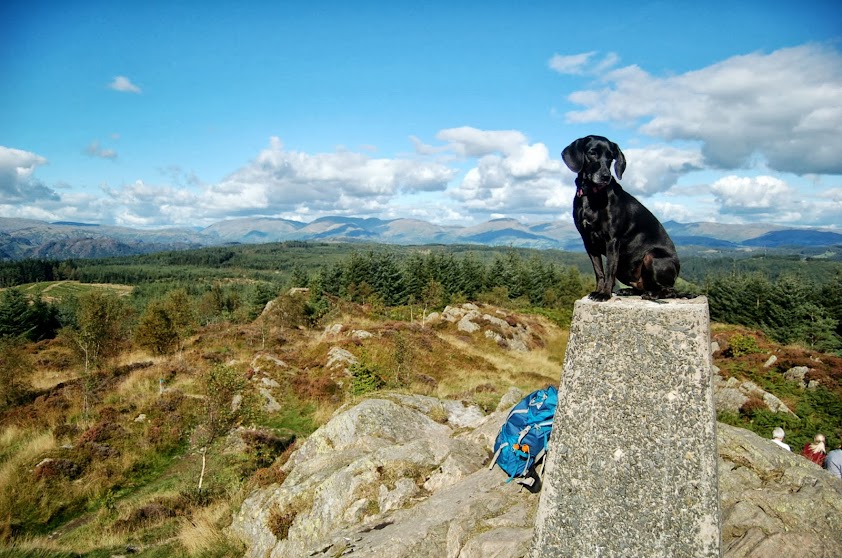 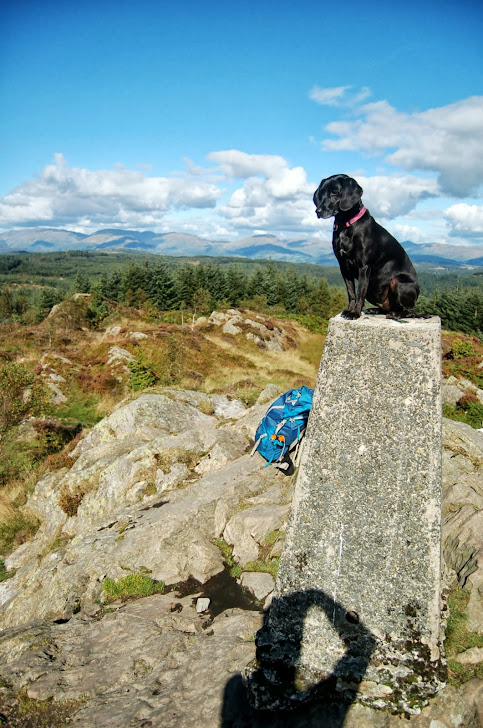 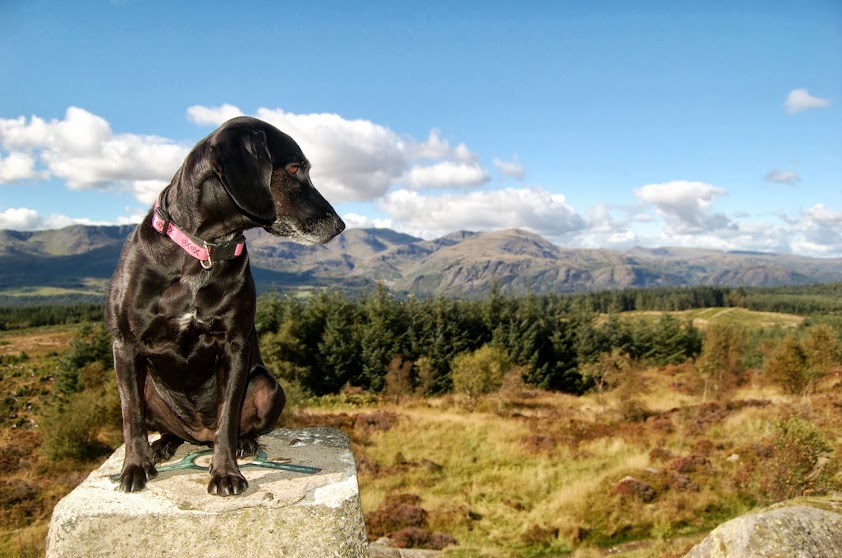 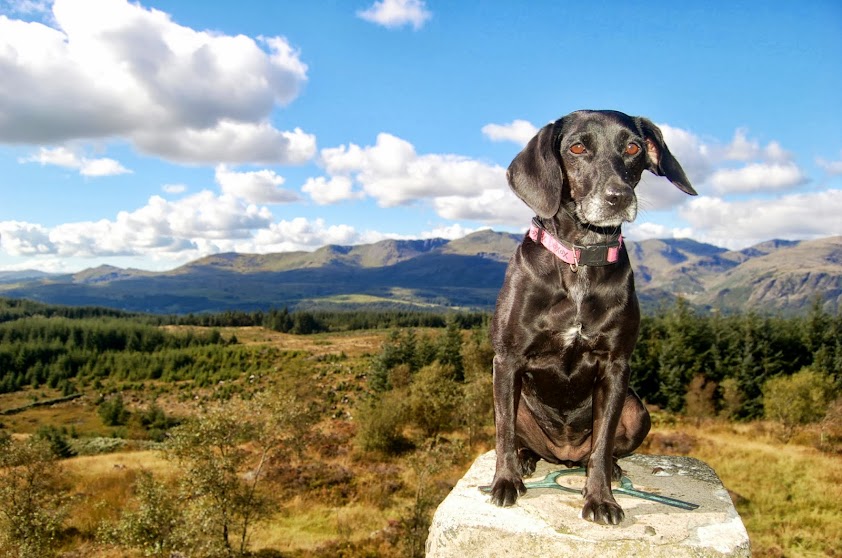 And a couple of close ups 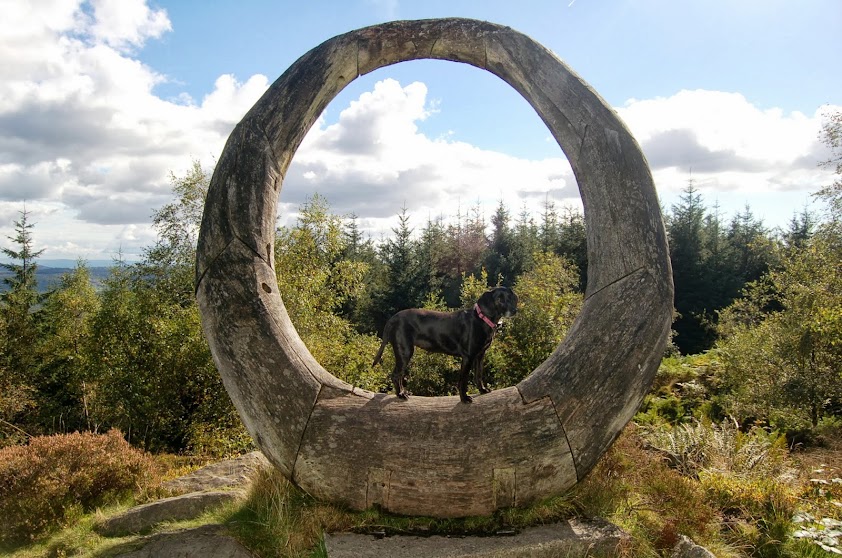 And a few poses on the wooden sculpture !! 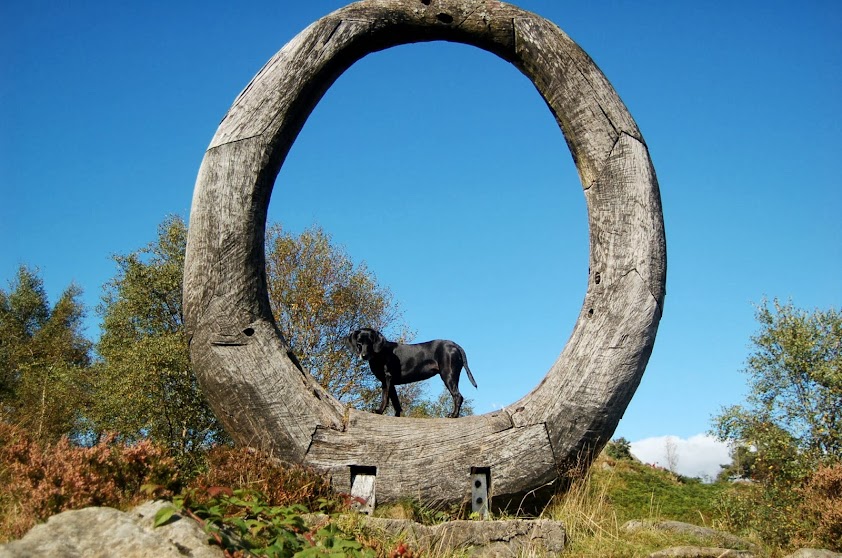 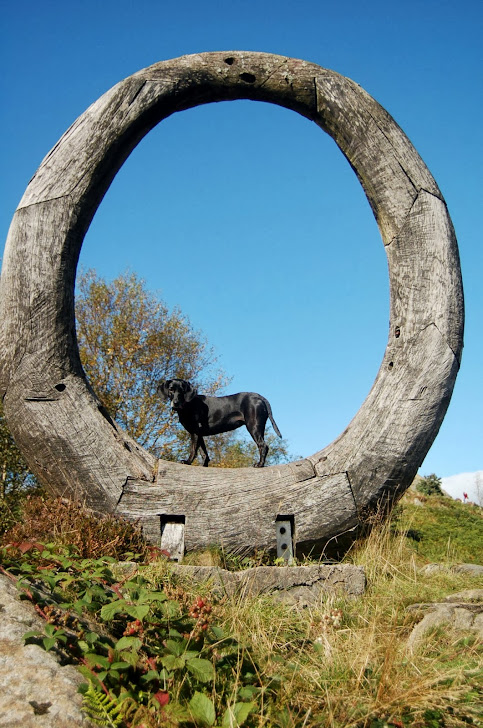