Having a (rare) free weekend I decided to get up to the North Pennines for a walk amongst the high fells. The plan was to ascend Cross Fell via Wildboar Scar, generally considered to be a more interesting route than the traditional ascents from Garrigill or Kirkland.

Parked up in Blencarn, a village about a mile south of Kirkland. The cloud that had been hanging over the fells as I came up the A66 had dissipated, and it looked like it would be a fine day for walking. There were good views across the Eden Valley to eastern Lakeland, including the distinctive mound of Blencathra. 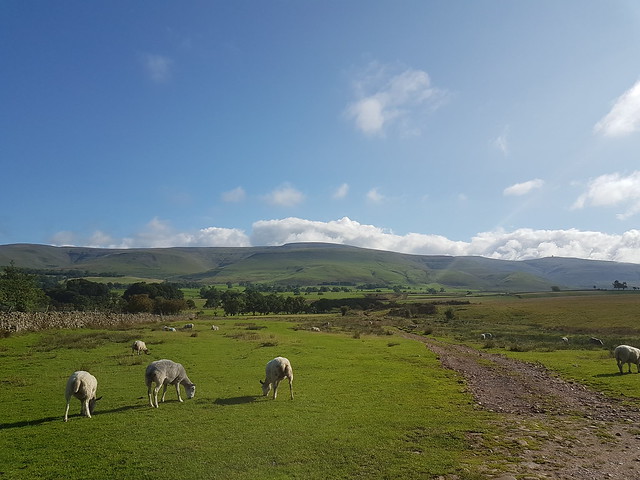 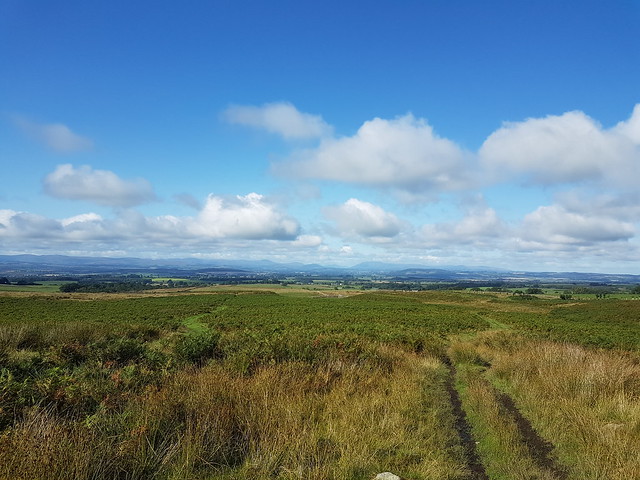 Lakeland fells, from just above Blencarn

There is a track leading from the eastern end of the village that heads towards the fells, and I followed this across open country for half an hour or so. Eventually you begin climbing steeply up the flanks of what the map calls Grumply Hill, though it's neither high enough nor prominent enough to merit attention of any but the most dedicated (or unstable) hill-baggers. As I gained height the views back towards the Lakes got progressively better. 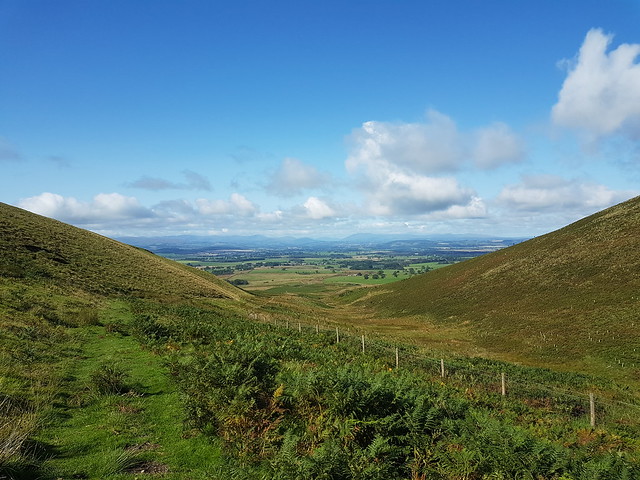 Still gaining height, the path takes a left turn across the face of Wildboar Scar. In poor visibility I can imagine it would be rather intimidating, given the steepness of the drop to your left, but in clear weather the views did not disappoint. Looking in the opposite direction (you know, the way I was actually going), Cross Fell still looked a long way up, and the radar dome of Great Dun Fell seemed dishearteningly distant. 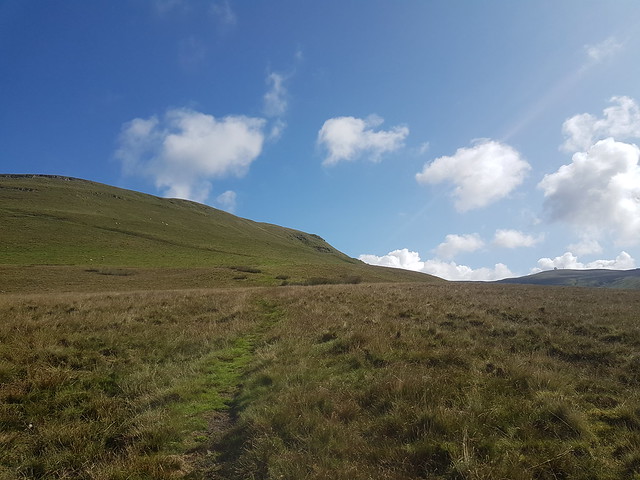 The next part of the walk was a gradual ascent to join the ridge - not as steep as the ascent up Wildboar Scar. The route - still officially a bridleway - wound its indistinct way across some unpleasantly boggy ground. I have had an aversion to bogs ever since, aged 15, I sank chest-deep in Black Dub Moss on a round of the Yorkshire Three Peaks, so progress was slow and the placement of my boots careful. Occasional outcrops of rock provided some respite, but the sound of running water percolating beneath them kept me moving swiftly on!

Eventually I spotted a silvery line snaking down the side of Little Dun Fell, which I knew to be the Pennine Way, and shortly after that I was standing on it. There was even a helpful stone waymarker to confirm that I had not made some catastrophic navigational error. 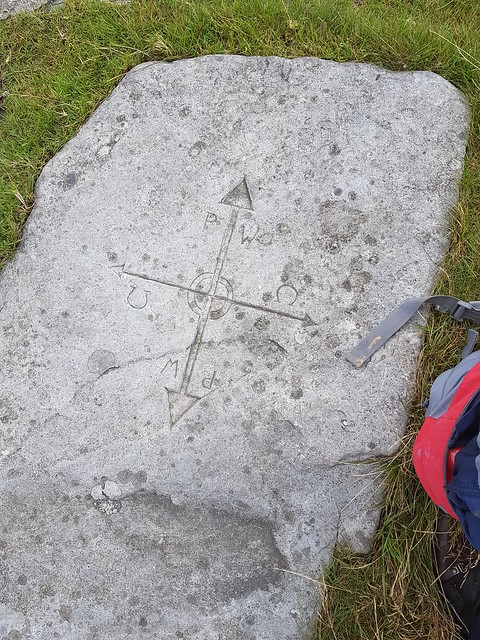 Good luck getting your horse up here

I had made good time, and with the weather being fine, I decided to do a quick out-and-back to the summits of Little Dun Fell and Great Dun Fell. The distance is short, but the ridge undulating - whether it's worth the effort is a matter of personal opinion, especially when you get to the top of Great Dun Fell to find you're sharing it with a dirty great radar station and tarmacked road. Honestly, is there any greater symbol of humanity's indifference to the natural world than a giant golf ball erected on top of one of England's highest hills? 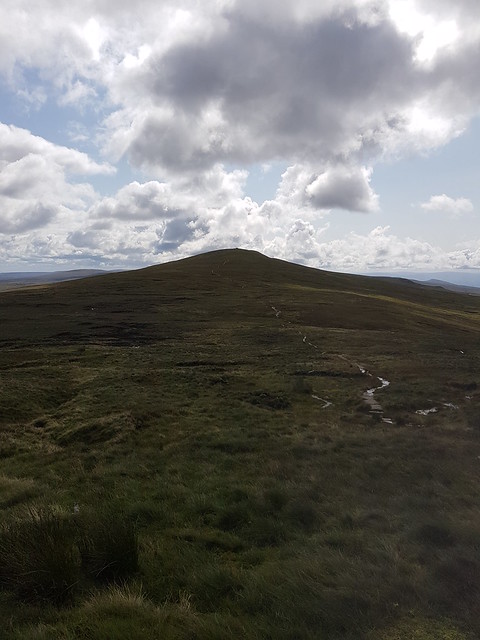 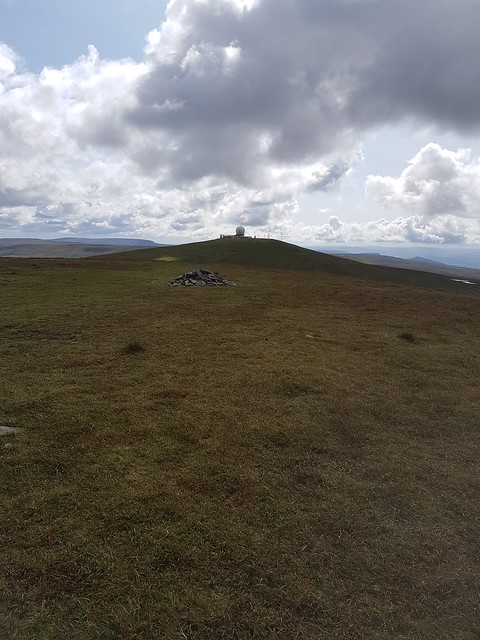 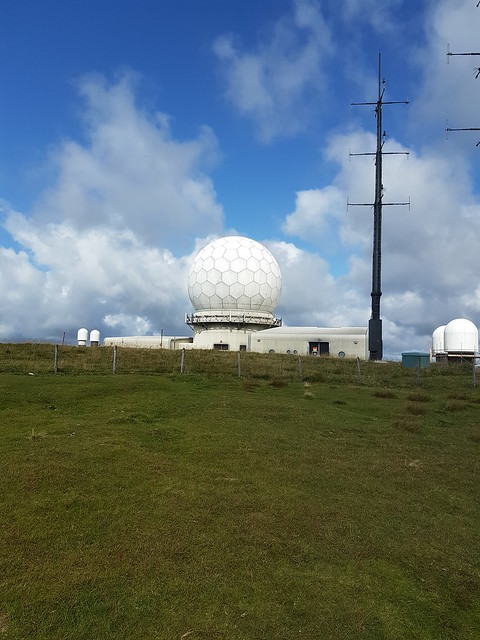 It was while descending the path between the Littler and Greater of the Dun Fells that I saw my first other walkers of the day, having had the whole route from Blencarn to the Pennine Way to myself. Not for the first time that day I glanced over to the hills of the Lake District and wondered about the hordes that would doubtless be swarming over their flanks, especially on a bank holiday weekend.

The actual summit of Great Dun Fell is within the perimeter of the radar station, although someone has thrown up a small cairn just outside, which is presumably the consolation prize for those not bold enough to scale the fence and bag the true summit. I briefly considered carrying on to Knock Fell, but decided against - I would have been fine time-wise, but had the two-and-a-half hour drive home to consider as well. So I turned around and plodded back along the ridge, arriving back at the bridleway junction exactly an hour after I had left it.

From there it is only a short ascent over rocky ground to gain the summit plateau of Cross Fell, which would again be a windy and intimidating place in poor visibility. Today it was just windy. I followed the line of cairns to the summit, joining a handful of others in the cross-shaped shelter to enjoy a few moments out of the wind. 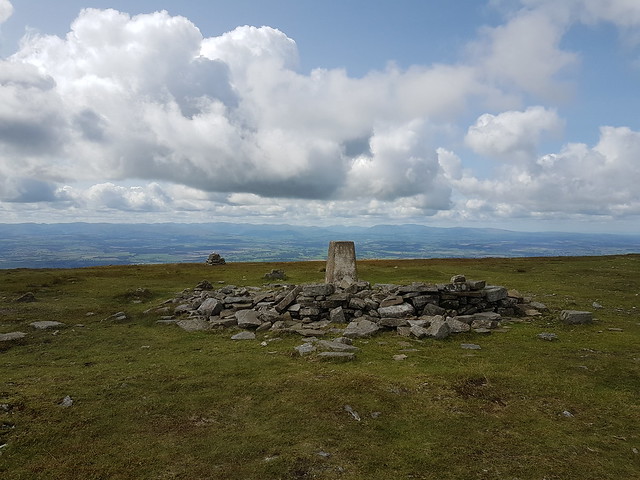 The effort was rewarded with good views - I could see as far as the Cheviot and Criffel to the north.

For the descent I took the better-trodden route back to Kirkland, following the so-called Corpse Road upon which (it says here) the bereaved of Garrigill would carry their deceased relatives to their final resting place. As I began to tire upon the descent I consoled myself that at least I was not carrying a coffin.

The views on the descent were just as good as on the way up, with Kirkdale a particular highlight. 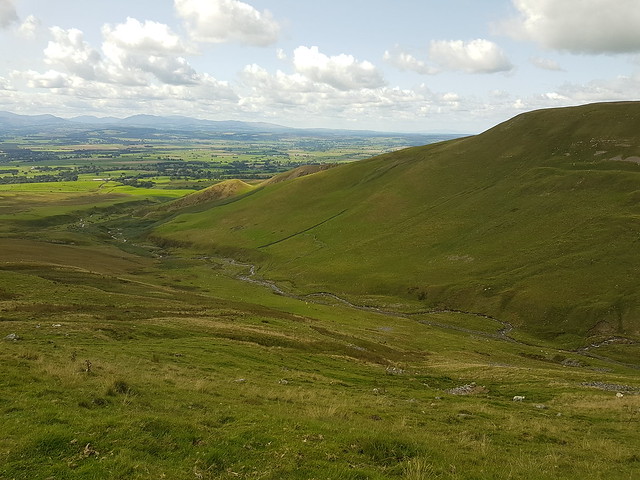 It wasn't long before I was in Kirkland, then following the road back to Blencarn where I picked up the car. A good day's walk, in the end - not many people, good weather, three Hewitts off the list. Just a shame I had to drive home... 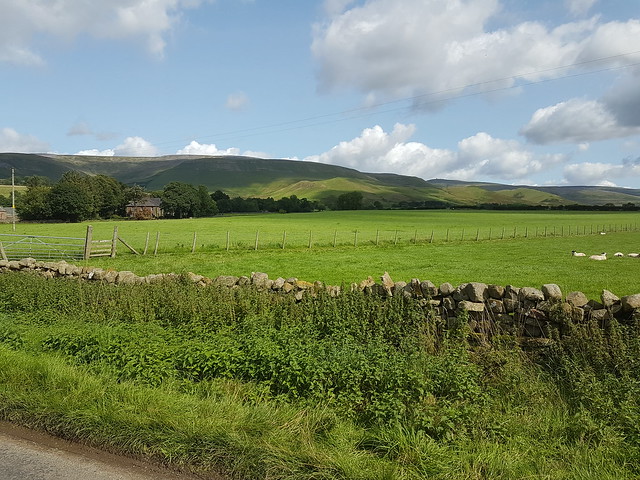 Looking back towards Cross Fell from the road
Click to mark this as a great report. Register or Login free to be able to rate and comment on reports (as well as access 1:25000 mapping).