One train, one coach, two ferries, and a bus. We finally arrived where we want to be on Jura. So much travel considering (as the crow flies) it's only 60 miles away from where we started in Ayrshire.

The novelty never dies of boarding such a small ferry.

Starting at the Gatehouse near Lagg we made a direct incision into the ferns, a bad decision as the terrain caused multiple instances where a false drop caused bog to bound up to our lower thighs. Plodding along we managed to get to better grounding, with the west as our rough direction. The route to the raised beach seemed so simple with this flat (flood)plain being our only obstacle.

When I mean floodplain I mean really do mean floodplain with emphasis on flood. The pace ground down to under 1km/h, not promising when you're first able to start the walk at 4pm. Chest high tufts of grasses and bog littered all around, we were drained.

Making the smart decision to tack southwards and head for higher ground, the bog had one last challenge. A deep, but slow-moving, stream flanked by bad-footing tufts of grass. You could jump it, but not with a rucksack laden for a two-night wild camping trip. Teamwork saved the day by in synchrony tossing each bag over the watery trap.

Something about this scene looks like being in the Dakotas.

Passing a few picturesque unnamed lochs, the day marched on. 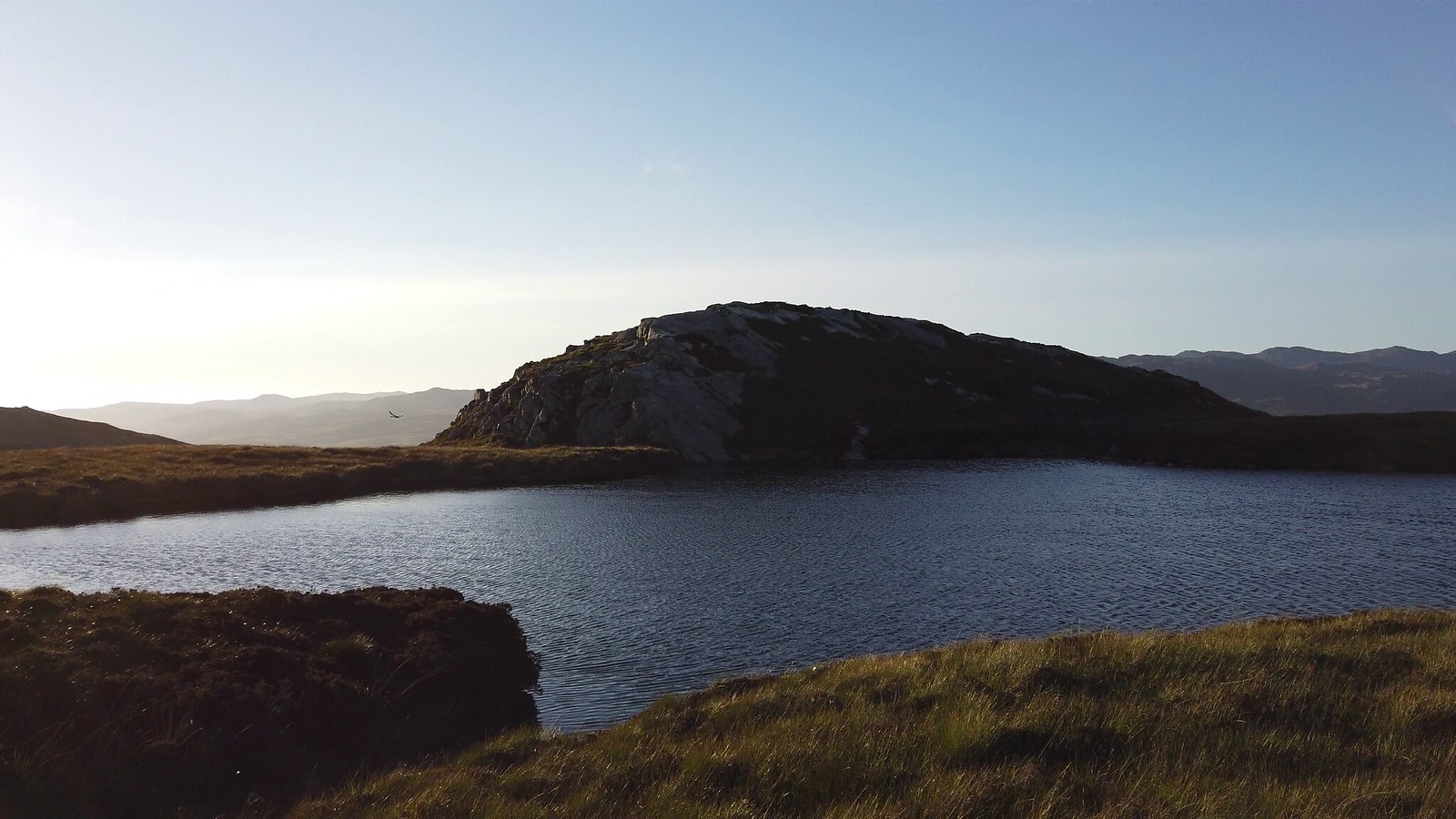 Finally, we reached the esteemed raised beach. An unreal relic of the ice age, with circular colonies of vegetation clinging onto this harsh environment. 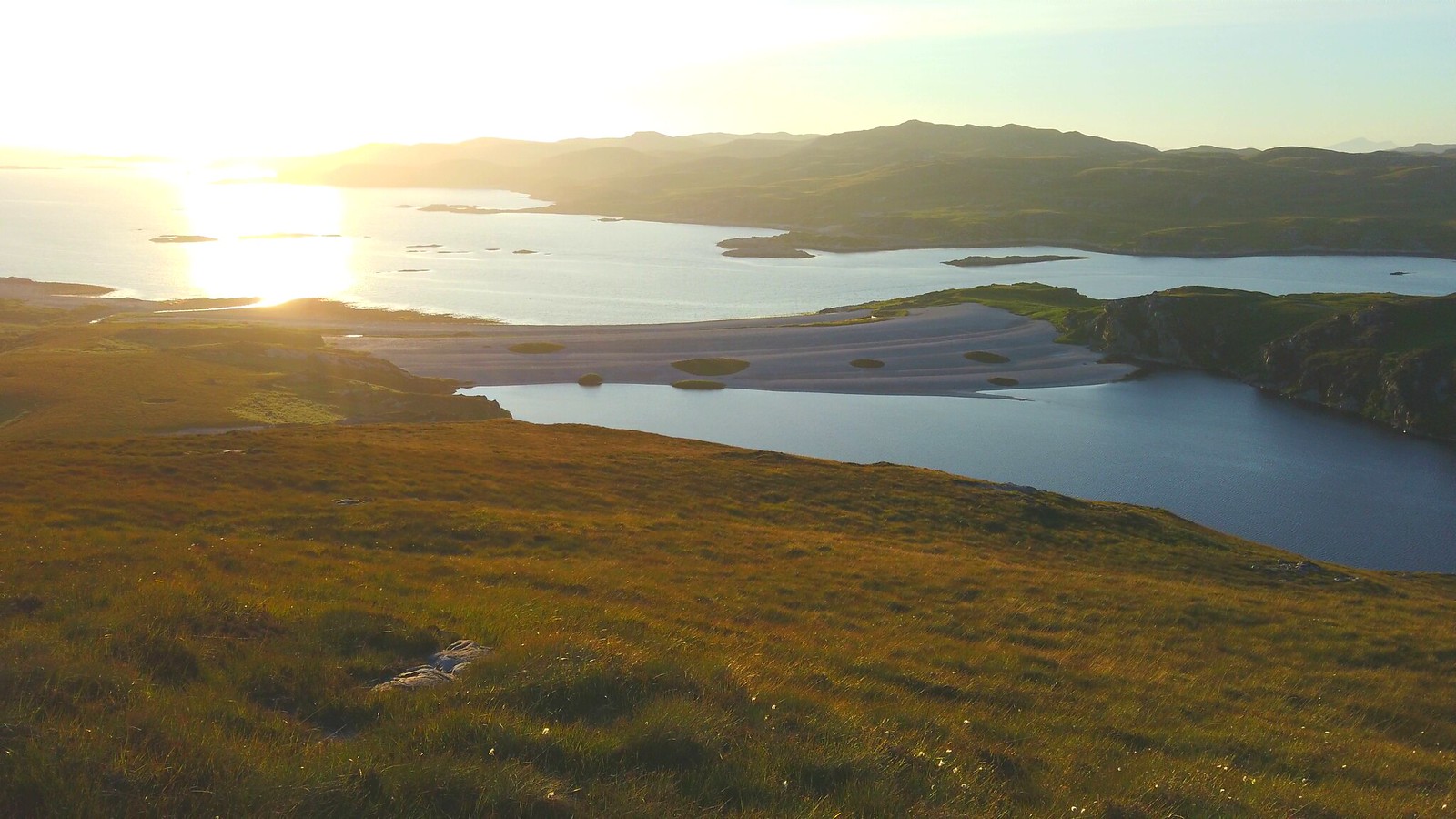 Midgies were bad that night but nothing that a healthy cargo of drink can't solve.

That morning we arose to another glorious day. 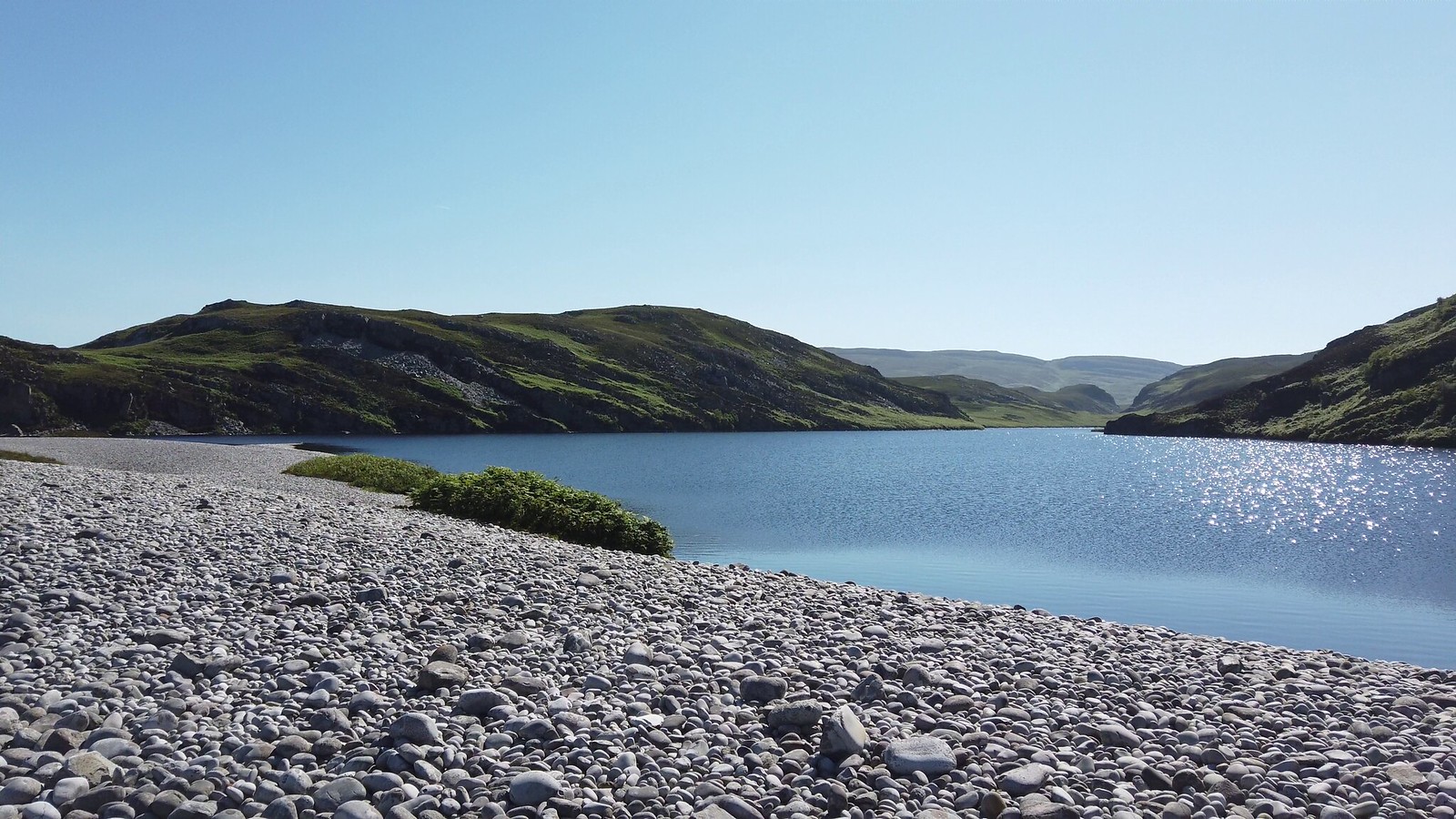 Waterfalls near the raised beach

Mulling about in the sun, we continued onto a fine white sand beach near Rubha a' Bhaillein. The only tracks on the beach were that of coastal birds and deer, and the location was so bright due to the sun beaming off the sand that it hurt not to wear sunglasses.

Passing Glenbattrick we sized up the challenge ahead.

Head high ferns were a constant menace, but due to the good weather, most ticks had fled from being a nuisance to us. The way up to Beinn an Oir was one of the sweatiest experiences of my life, the sun beating down, constant uphill, and a huge rucksack on your case. Borderline fever dream thoughts.

We made it to the top with time to spare to enjoy the evening, thankfully there was still the patch of vegetation on an otherwise rocky summit 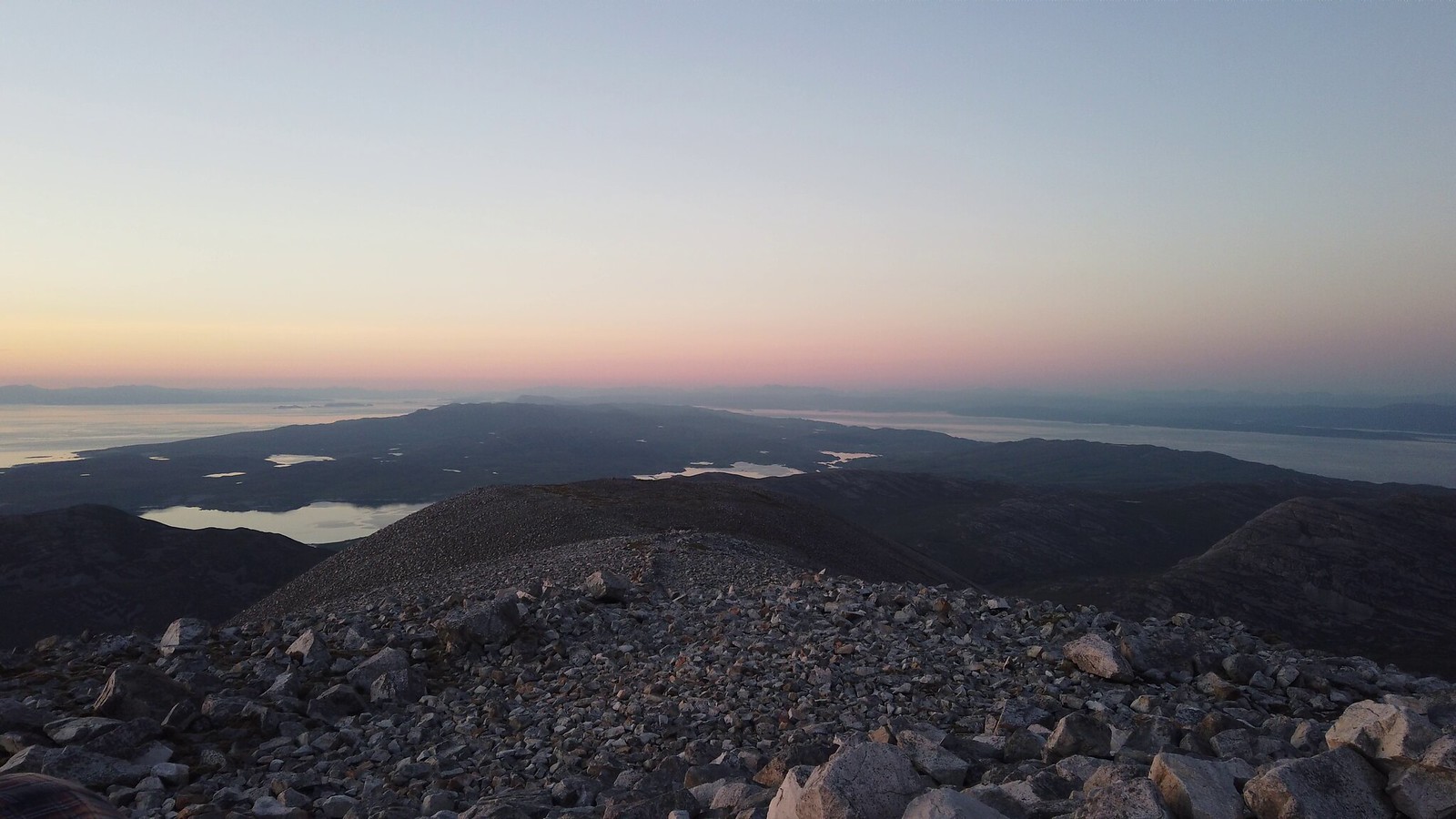 The views were unbelievably extensive.

The sunset was beyond devine, setting at about half 10pm. 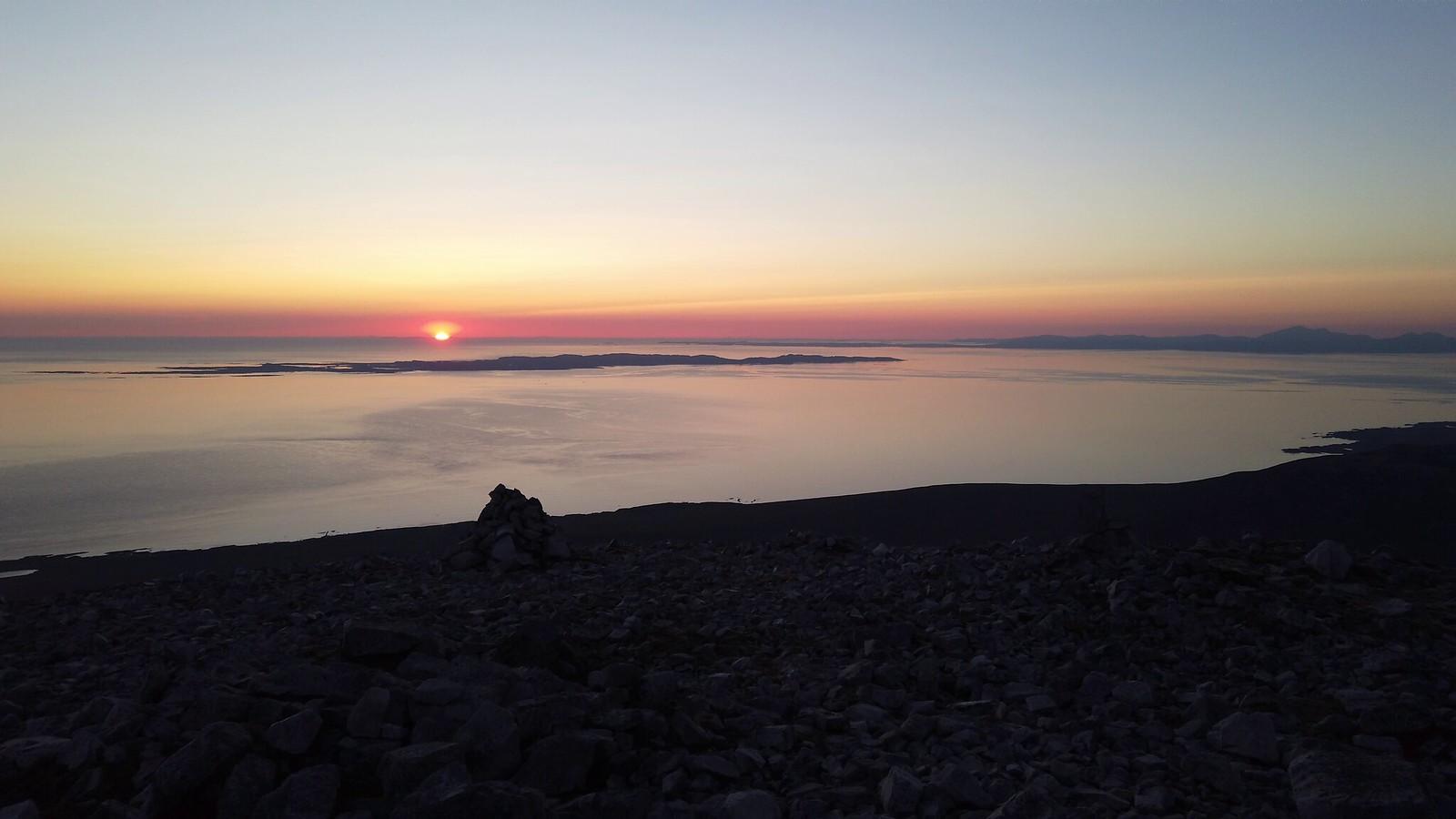 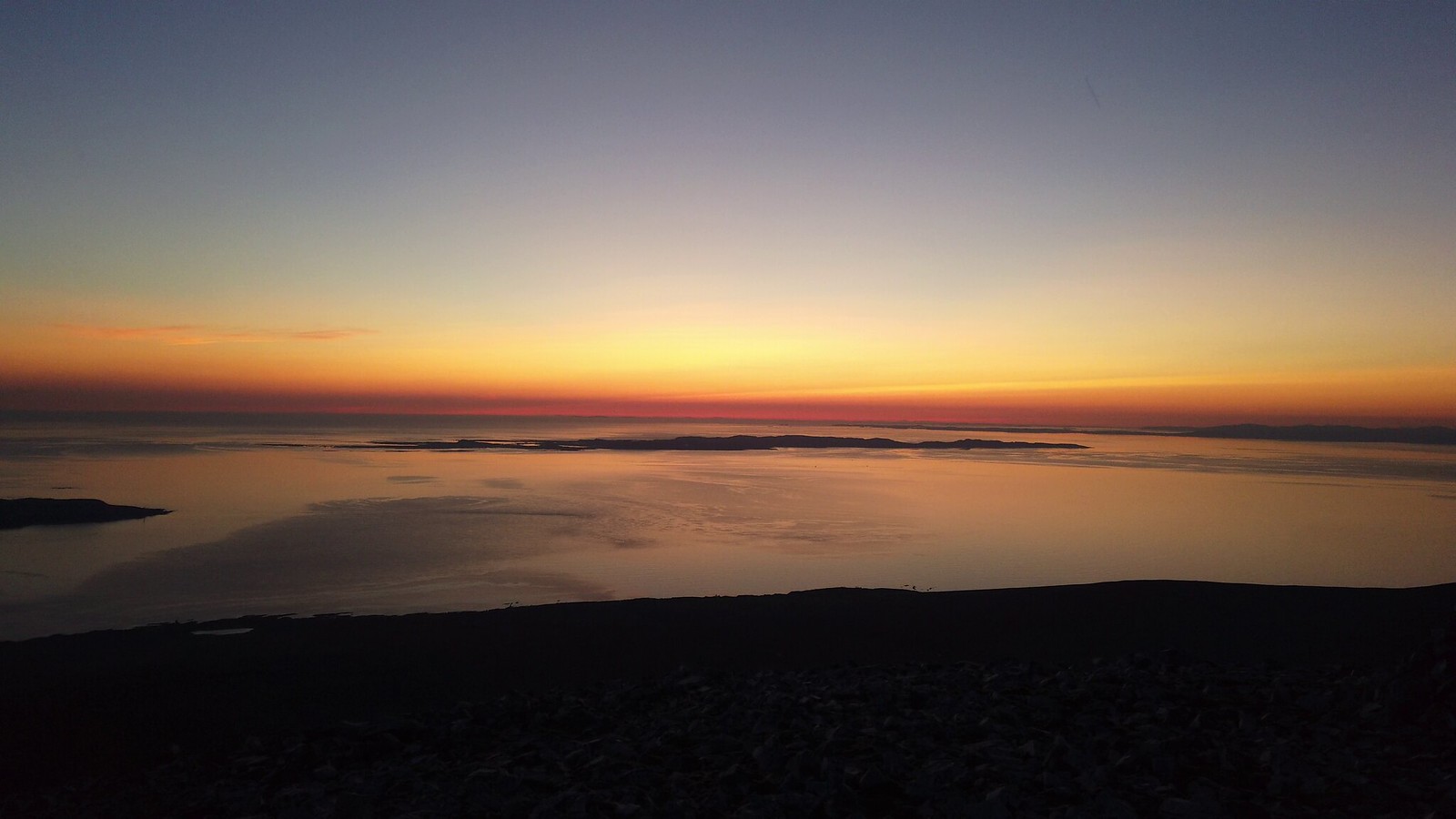 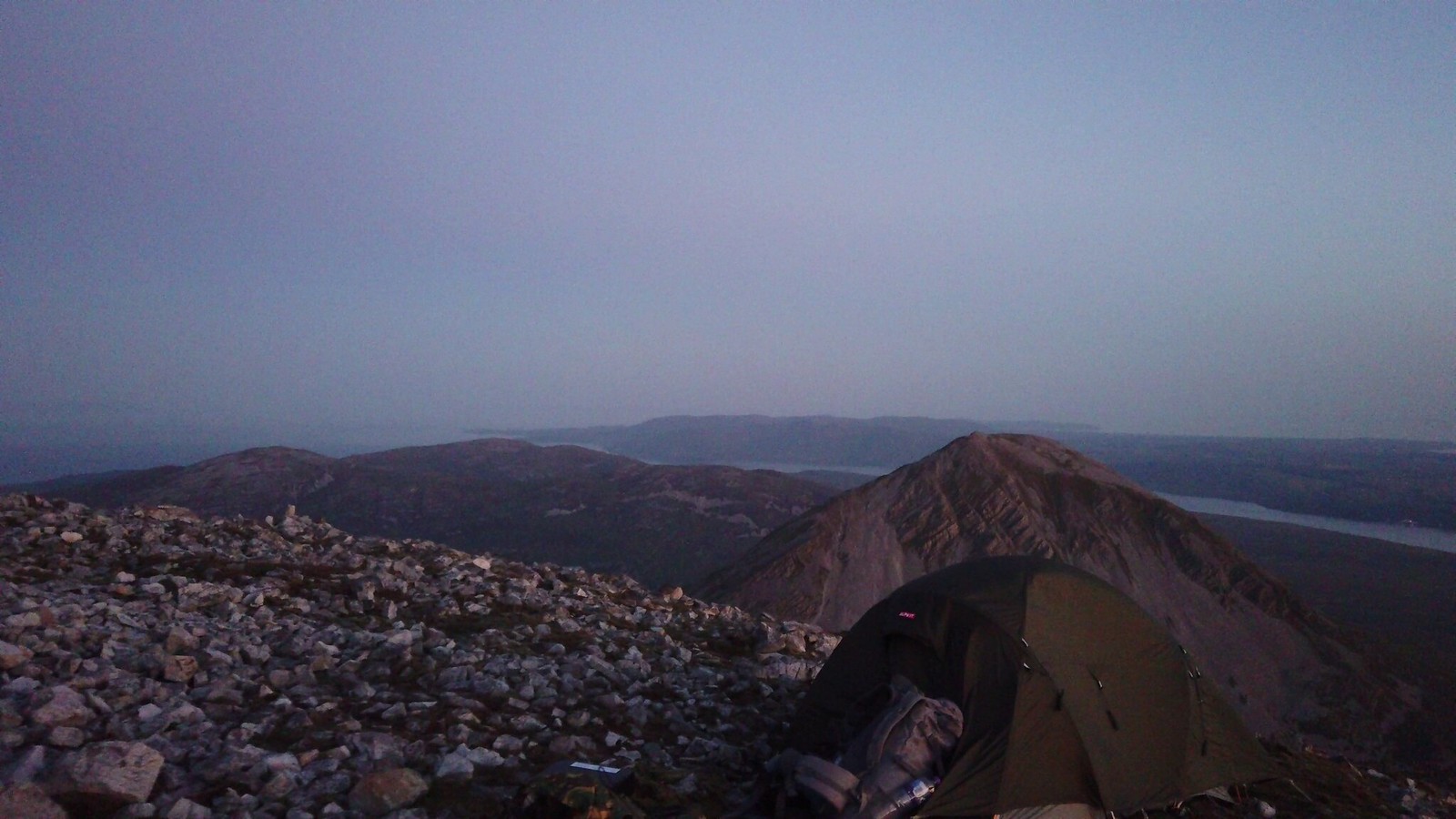 After that sunset we were treated to a real spectacle of nature.

For those that don't know, these clouds are far higher than the soaring cirrus clouds you're used to. They inhabit the mesosphere, which is the layer of earth's atmosphere above the troposphere (the one we're in, along with most weather), and the stratosphere. The clouds are about 50miles high and being at such an altitude during twilight means that the sun still shines on them even though it was 1:30 am for us. Surreal.

A marker for Noctilucent clouds is that they will be near the prominent star - Capella, which you can see in the image.

That morning was the long march down to Craighouse, passing the boathouse at Loch an t-Siob. Which had its door replaced for a cheaper one and the set of antlers above the door removed (from the last time I was there in September 2018).

We spotted two Adders in a row on a small stretch of grasslands just before the boathouse, is that an omen? 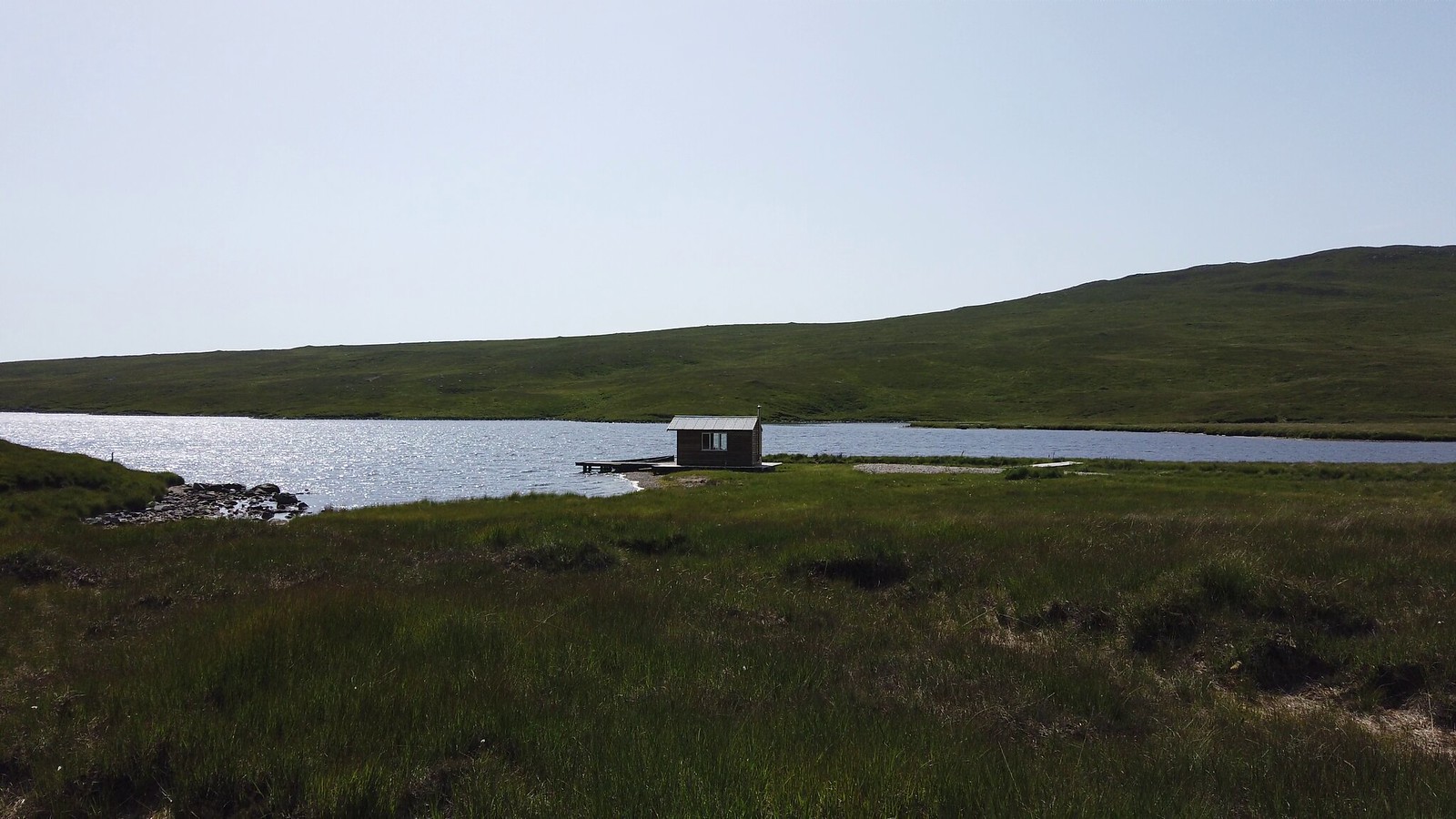 Thanks for reading this account, Jura is some island.
A youtube video of the trip: https://www.youtube.com/watch?v=zqBa8qoAaFI
Click to mark this as a great report. Register or Login free to be able to rate and comment on reports (as well as access 1:25000 mapping).