Finally, I have got around to visiting the forum again and having something worthwhile to post. I hadn't been out on any of the bigger hills for almost a year, my constant walking companion (my dog) hadn't been right at the end of summer 2015 so all longer walks were put on hold. By spring 2016 she was back to her usual self and I pondered should we or shouldn't we try Buachaille Etive Beag. It was one of those munros I had been desperate to get out on for a while and had read it was one of the more straight forward ones to do. At the end of May I decided we should give it a go and if it is too much for her at least we have had a nice drive out. I decided before setting off I would attempt Stob Coire Raineach first as if that is the only summit we reach I will be able to get the classic view looking over to Stob Dubh.

I left Clackmannanshire at 5:30am as it was forecast to be a nice day and figured it would be best to get an early start before it got too hot.

When we arrived at the car park, I was the only car and despite the forecast there was no sign of the sun, only cloud covering the higher summits. We set off at a good steady pace along the well maintained path that gradually gains height. By this point I had under estimated how long it would take me to get to the bealach, I had lost my fitness with being off the hills for so long but was determined to push on. The views were spectacular and the cloud really added a bit of atmopsphere.

When we reached the bealach I felt relieved that the worst was over and it wouldn't take us long to get to the summit. By this point I was disappointed in the weather as I couldn't see a thing in any direction and it was feeling a little nippy. Had a quick snack and then continued onwards and upwards...I never know if it is better or worse not being able to see how much further to the summit. At this point Penny wasn't enjoying the walk as much as it is quite steep and rocky and with her little paws never enjoys that type of terrain for walking on. Another couple of guys that had passed me on my way up soon passed me on their way down reassuring me I didn't have long to go but there is nothing to see at the top. I was disappointed in this but thought I would push on as we had came this far.

Half way up the last stretch I turned around and this was the view I saw.... wow! From seeing nothing to seeing this view was spectacular and looked so much better in person. It gave me hope that perhaps I might get some views after all. 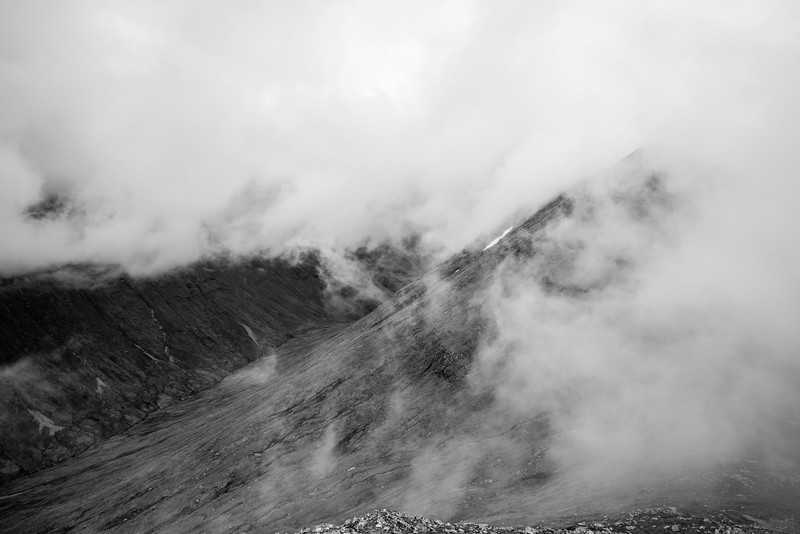 And I was right, it kept getting better and better

By the time we reached the summit (hurray!) we had views! And here is Penny, a week before her 13th birthday enjoying the views with her obligatory summit photo.

By this point I was quite excited that we had made it and the views in every direction were breath taking I didn't know where to point the camera next.

Although I think I took about 50 photos of this view alone...

I loved all the low lever lingering cloud

I knew there was no way we would make it to Stob Dubh but there was no harm in enjoying the view to it... again! 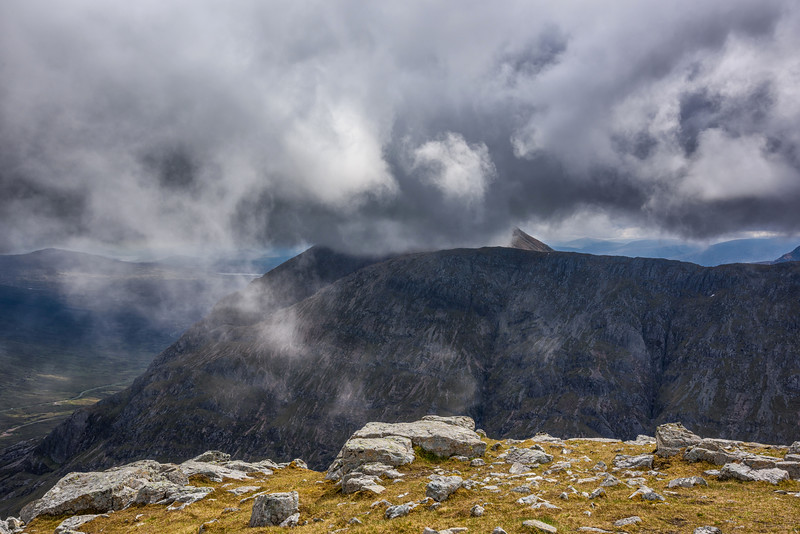 As I sat enjoying the view with Penny, someone kindly commented that it would make a nice photo and offered to take my photo. I am so grateful for this photo as it is a memory to cherish with Penny of such a wonderful day

It was really difficult to drag myself away from such fantastic views but after spending quality time at the summit (something that you don't always get) it was time to head back down. 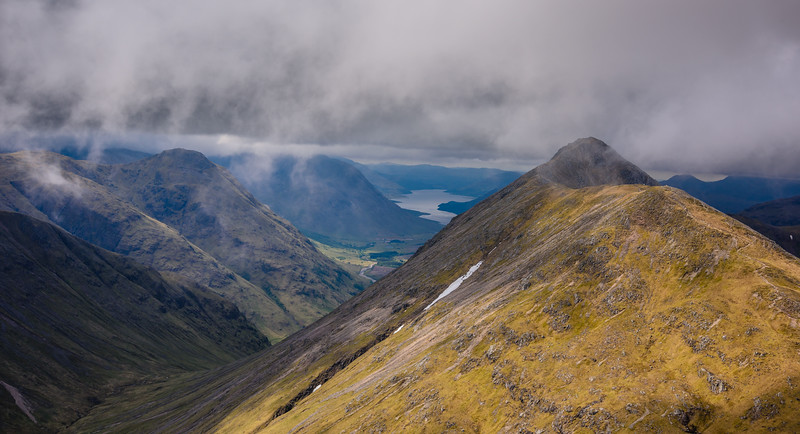 As we headed down (slowly) to cloud continued to clear 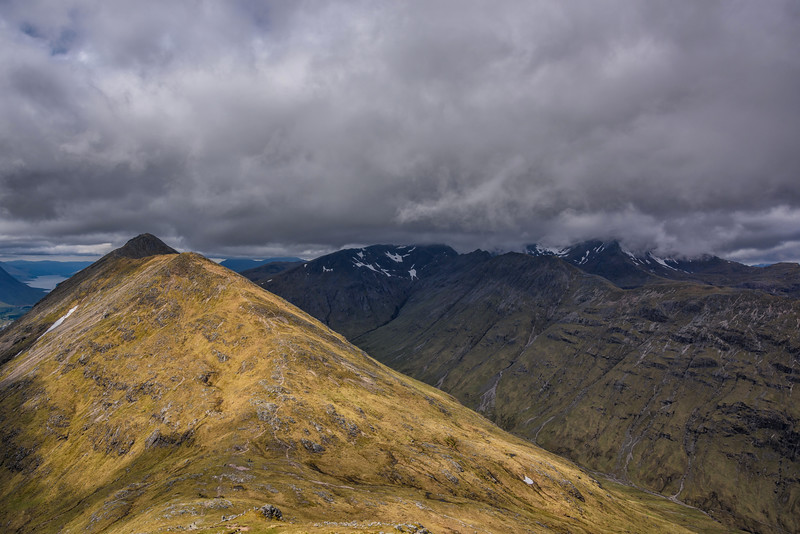 Nope... still not bored of this view

It doesn't look it but I felt this section of the walk went on forever!

All in all I think this has to be one of the best walks I have done, spectacular and grand views, great weather and it wasn't too cold and windy which meant. It was one of those special days out that I will look back on with fond memories. The only down side was the long drive home which was rather stressful due to some other drivers!
Click to mark this as a great report. Register or Login free to be able to rate and comment on reports (as well as access 1:25000 mapping).

At last another munro