This is a walk from back in mid November.
Starting from the car park at Falls of Cruachan station the weather was looking promising as I began the first part of the ascent to the Cruachan Dam. There is a wooded area to begin with but it soon opens out and the Cruachan range comes into view. Looking back after emerging from the initial wooded area. 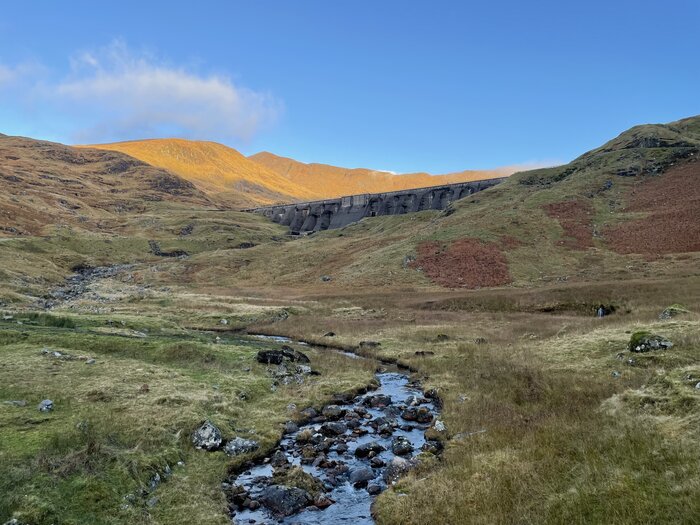 Sunshine up on the tops as I approach the Cruachan Dam.

After admiring the calm of the Cruachan Dam it was time to head up the Coire Dearg to the first summit, Ben Cruachan. It’s a straightforward climb up, there’s a decent path which is boggy in patches but nothing to worry about. Upon reaching the Bealach an Lochain there is the option of going left up to Meall Cuanail, one of the Munro Tops of Ben Cruachan, but with shorter days I gave this a miss and headed straight up to the main Munro summit. Any excuse to come back I guess

Cloud started rolling in on the bealach but I knew this would mean a great chance of an inversion. 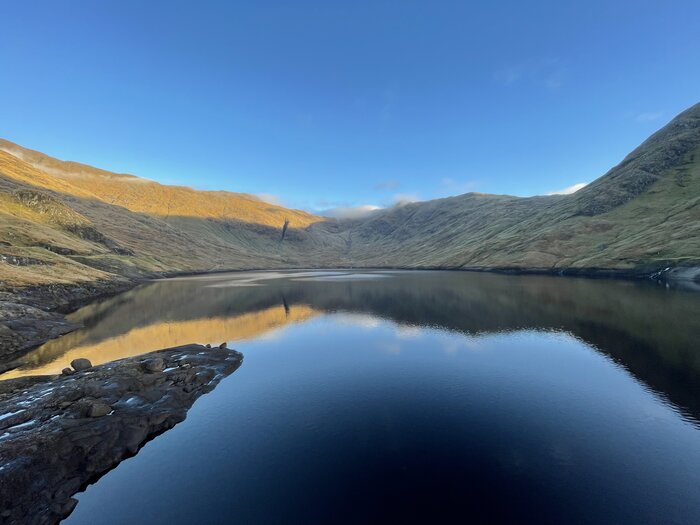 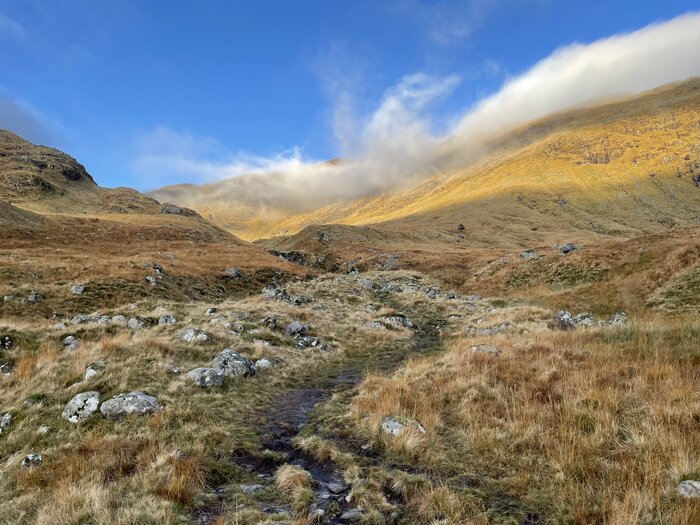 Heading up to the bealach. Looking to Meall Cuanail from the bealach.

Lots of large boulders on the last part of ascent to Ben Cruachan summit, and as I reached the top I got one of the best inversions which always makes these early starts worthwhile. What a view! A rocky climb to the top. Looking to the route ahead.

After spending a bit of time taking in the views it was time for the next part of the route which is following the ridge over to Drochaid Ghlas, yet another Munro Top on this range. It’s a fairly straightforward route on a good path, dipping in and out of the cloud. 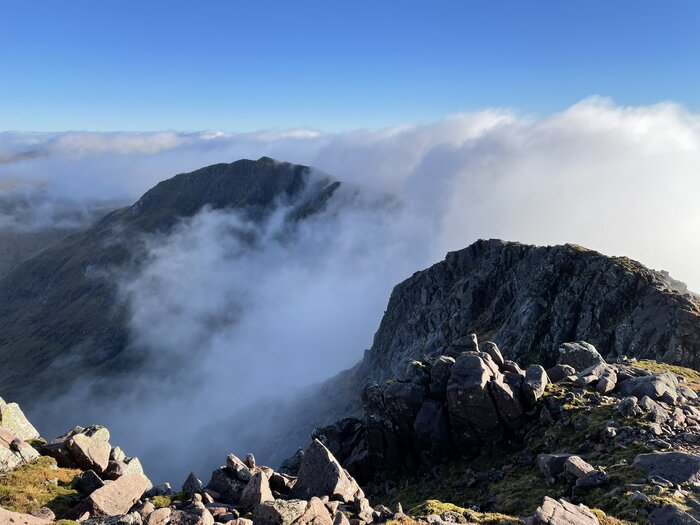 Looking back to Ben Cruachan.

On reaching the summit of Drochaid Ghlas the view back towards Ben Cruachan was magnificent! However to the south the cloud was rolling in fast and the next target and Munro number two, Stob Daimh, had disappeared from view completely. I timed this walk well though, any later and I wouldn’t have got the views from Ben Cruachan that I did get. What a view back to Ben Cruachan from Drochaid Ghlas. Out of shot on the left the clouds were rolling in quickly.

The views had gone by the time I made my way over to Stob Daimh following a fairly easy path, but nothing to see from the summit sadly. 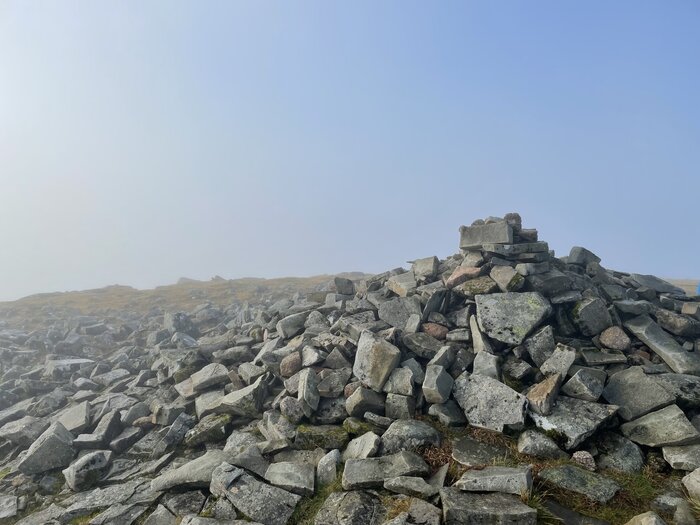 After a bite to eat it was time to start heading down, via yet another Munro Top, Stob Garbh. Making my way to Stob Garbh. I never stopped at Stob Garbh, I just continued on and began the long descent back to the beginning, once again via the Cruachan Dam. I had lost the path a couple of times but eventually the Dam came into view as I emerged back out of the cloud. Now I’m not sure what happened in the time I was up on the summits, but the descent from the Cruachan Dam back to the train station at Falls of Cruachan was way boggier than it had been going up. It was one of the boggiest and most frustrating descents I’d had in a while. Needless to say I had slipped and fell on my backside on more than one occasion. I was so glad to finally reach the end, and despite that ending it had been a fantastic walk with incredible views above the cloud, no rain and very little wind. There are still three Tops for me to bag so I will be back again, probably in the summer Back at Cruachan Dam, looking back to the summits. The sun going down on a brilliant day.

A Windy Day On The Moffat Hills