Meall Mor 09122020.gpx Open full screen  NB: Walkhighlands is not responsible for the accuracy of gpx files in users posts

I had made a mental note of this hill when climbing the Pap on the other side of the Glen a few weeks back. My eyes had initially been drawn to it's more shapely neighbouring Graham, Sgorr a Choise, which looks like a wonderful even among the larger peaks However, this one had a forestry road going all the way up to the bealach, which separated it from Am Meall, the smaller hill with the transmitter mast on top. This would make for a straightforward ascent in winter, with the bonus of a road to follow if coming down in the dark or poor conditions.

Arriving at the visitor centre just after sunrise on a surprisingly mild December morning, I soon found the forestry track following the trail markers from the back of the car park. It seemed unlikely I would encounter the wintery conditions of the previous week, but made the executive decision to carry my ice axe and crampons, having been caught out that way before. The slightly heavier pack would be good exercise I told myself!

It has always been my opinion that the smaller hills in winter, provide a great way to view the larger ones, without the inconvenience of finishing up like Jack Nicholson at the end of 'The Shinning', Meandering up the track I was treated to views of Bidean, appearing massive and imposing. 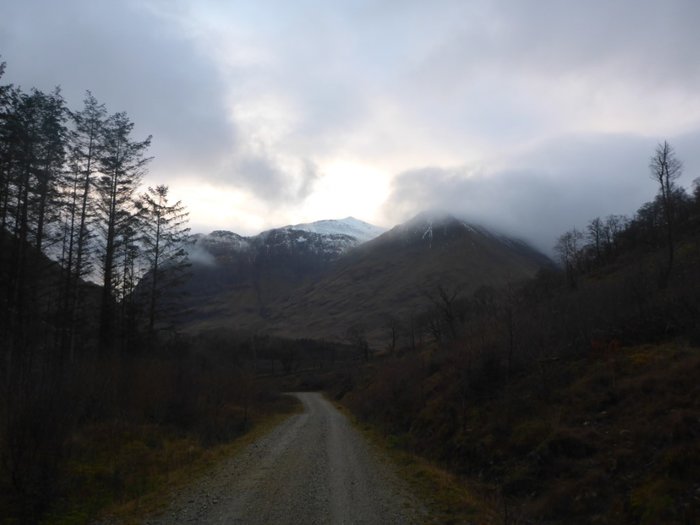 Quickly gaining altitude, I passed an area of recent felling, then the turn off for the transmitter mast, shortly after which there was a boggy ATV path through the felled area towards the open hill. I was intrigued to note that the forestry track continues over the other side towards Gleann a Fhiodh, making me wonder if that could be used to easily extend the walk to Sgorr a Choise. It must have been relatively recent as there was no sign of it on my OS map.

The track through the deforested area, quickly reached a deer fence, from the corner I followed the edge that runs roughly SE and soon found a gate, after which followed a period of steep, though surprisingly unboggy ascent to a cairn. The views really opened up at this point, with Sgorr Dhearg (one of my favourite hills) and Pap clearly visible. The Aonach Eagach looked especially imposing, with dark snowy teeth, making me glad I chose to do it in the middle of summer. 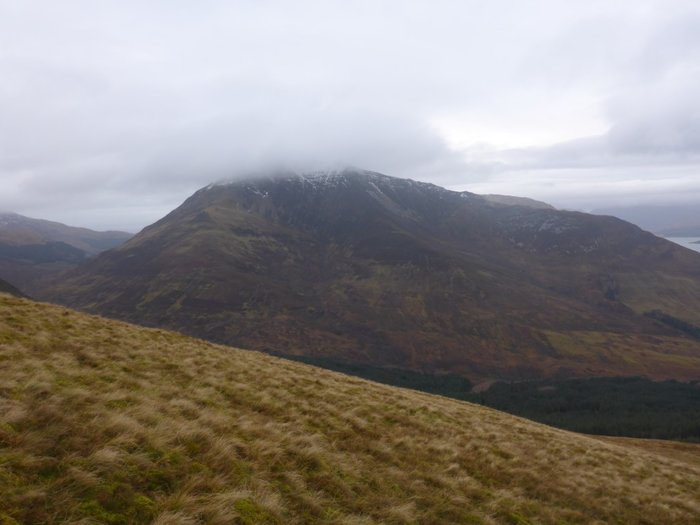 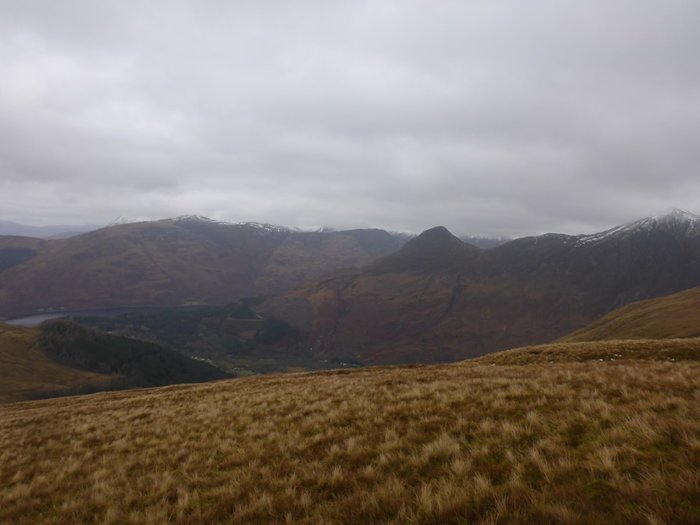 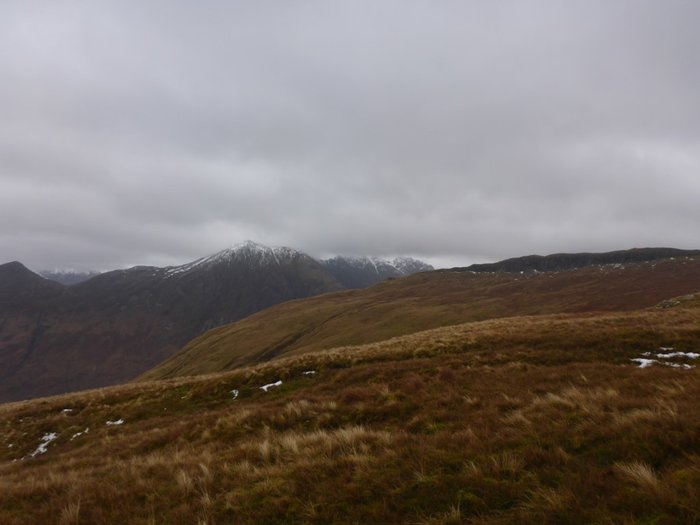 I could see the summit of Meall Mor now, which appears to be some sort of igneous sill or dyke. The last bit of the walk made for pleasant progress, though it was now considerably colder than at the car park and I was glad to don my hat and gloves. I always have the Stones 'Gimme Shelter' running through my head in the dark days of winter in Glencoe. Much as I love it the weather here seems 10% worse than anywhere else in the vicinity.

Reaching the summit cairn I enjoyed the view for a bit, and took the time to identify what peaks I was looking at. It is always fun to be surprised at seeing a familiar hill from a different angle.

I made my way back down with good views over Ballachulish bridge. On reaching track I took time to wander up to the transmitter mast, a route which appears far better trodden than Meall Mor. The Mamores were visible in the background and appeared a good bit snowier than the Glencoe hills. 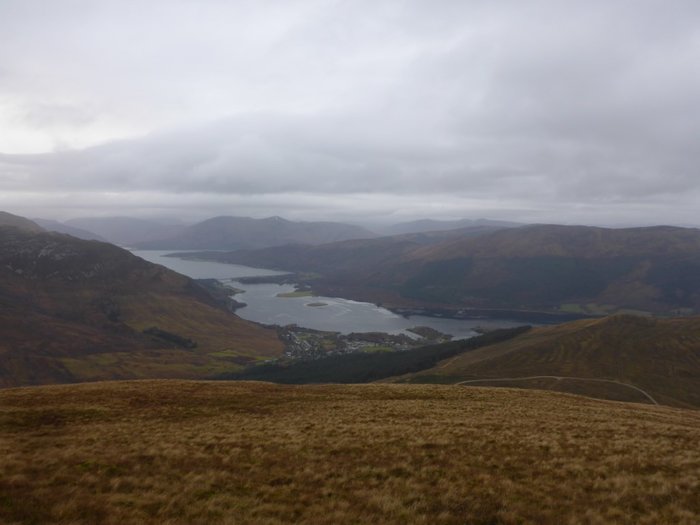 Abandoned attempt at A' Chrois