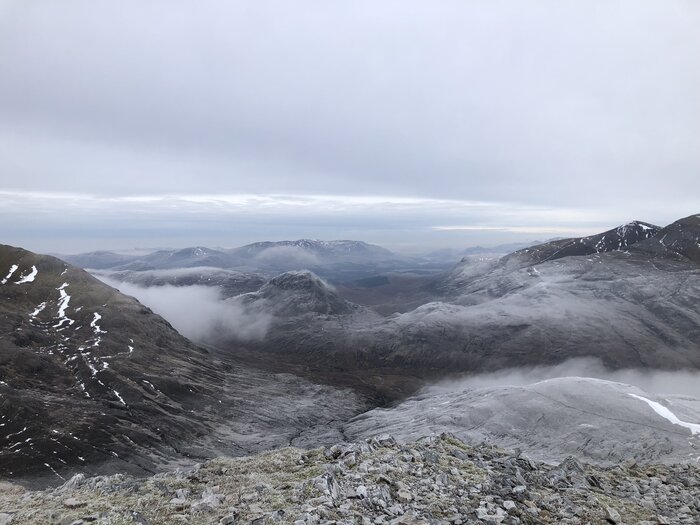 . I travelled up from Lenzie meeting my friend from the East (Big Matt) at Perth. Temperature was -2 in Dalwhinnie with a light covering of snow. We wondered if it would be practical to use the bikes in the long trek in. Thankfully on arrival the ground appeared to be fairly frost free with only a smattering of snow on the hills.

We set off and soon discovered the track was in fact quite slippy in places so it was slow going. It was also a bit of a climb but I was still glad we brought the bikes. We left the bikes at the cracking little Lairig Leacach Bothy.

The hill itself was a bit frozen on the lower slopes which although slippy was better than bog. The further up you got the less slippy it became. It is a fantastic hill and offers great views made even better by the cloud inversion. The descend was gradual and easy although we did land on our backs a few times.

After warming up in the bothy we set off back down the track taking it very easy.
A great day out.
Click to mark this as a great report. Register or Login free to be able to rate and comment on reports (as well as access 1:25000 mapping).