Been doing the FCP in bits n pieces. I live in Perth so fairly local for me to get to Newburgh and have already walked from the other car park to here hence the reason I started at the eastern end of Newburgh. Well that and that hubby was keen to get back for the semi-cup final!

Drove on a bit a left our bikes chained to the gate at the path end as it emerges on the B road between Fliskmillan and Pittachope. Strange place names around these parts.

Drove back and parked in the car park diagonally opposite the garage, setting off on the actual walk about 0930. We didn't have much with us other than comfy, waterproof shoes, cagoules and a couple of flapjacks. Walking past the new(ish) distillery, you can't really go wrong on this path - it is well signposted with good gates. There is a bit of an initial ascent up to the woods then the views open out. We walked past the recently ploughed Newburgh Bear, in the field at the top which was due to be lit the following Friday.

The bear is only a few years old and was cut for a local festival / community project in 1980. The outline was ploughed by a worker from Parkhill Farm, and permission for the outline was given by Mr Tom Howieson fom Parkhill Farm. The bear is believed to be a depiction of a stone called the bear stone which the Bear Tavern takes its name, was originally set into the abbots residence at Lindores Abbey. The 'bear and ragged staff is a device of the Earls of Warwick, and as a crozier or pastoral staff is evident above the now obliterated arms of Warwick, it may he assumed that the stone was caused to be made by Guy, the first Abbot who was a cadet (the brother or son) of that family. The origin of the legend of the bear goes back to the time of Arthur and the round table. One of his knights was Arthgal whose name in the British lang-uage was Arsh meaning bear. The ragged staff is attributed to Morvidus, an earl of the same family who slew a giant with a young tree which he had pulled up by the roots.
info courtesy of http://www.hows.org.uk/personal/hillfigs/bear/bear.htm 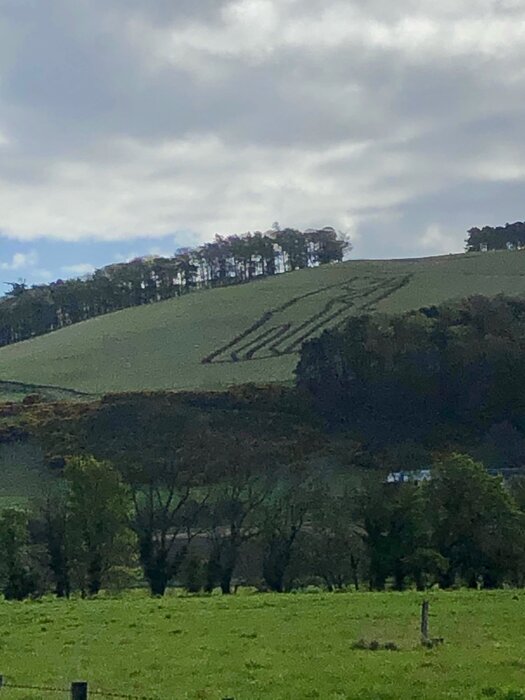 This is where the term 'coastal path' is a bit of a misnomer. Whilst it affords lovely views over the Firth of Tay for a bit (until you reach some of the woods), but I'd say it's more country and woodlands than coastal. When going round Glenduckie and Aytonhill, you don't even see the coast. Perhaps one day there will be more of a trek near the coast itself but nonetheless it made for a very pleasant walk. 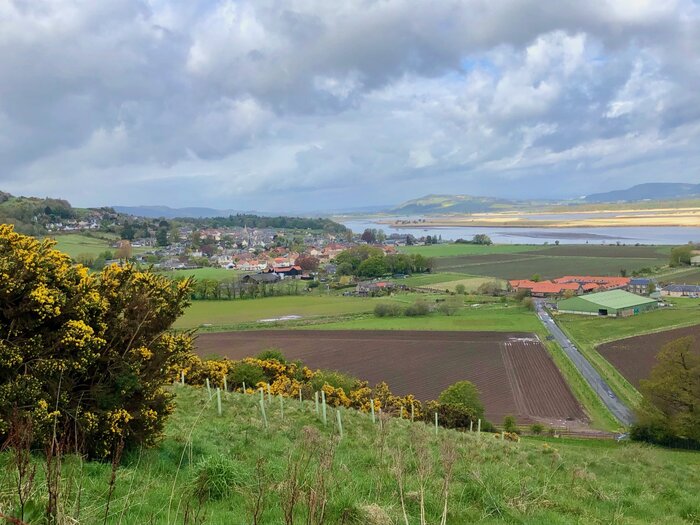 A pleasant wee view back towards Newburgh

Once past Aytonhill, there is an obvious stile and path up Norman's Law which is worth doing (had already been up from a different direction before so gave it a miss this time). It has fabulous views from the top and an interesting old hill fort. 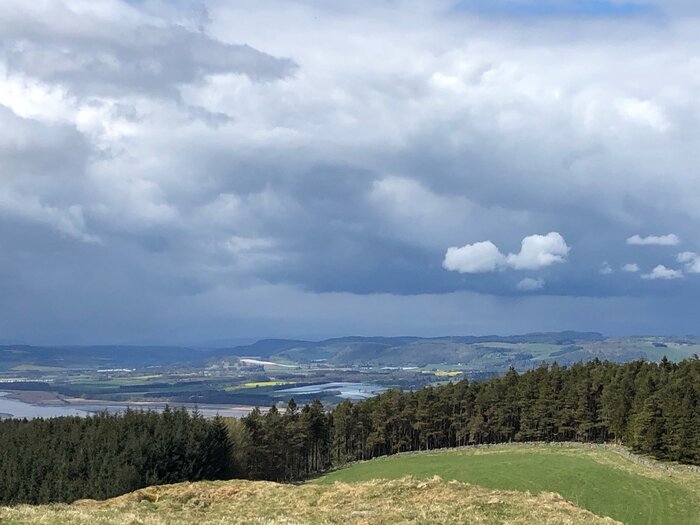 From the top of Norman's Law (climbed previous week)

The woods here are pretty thick but there were new baby pine cones on the trees. 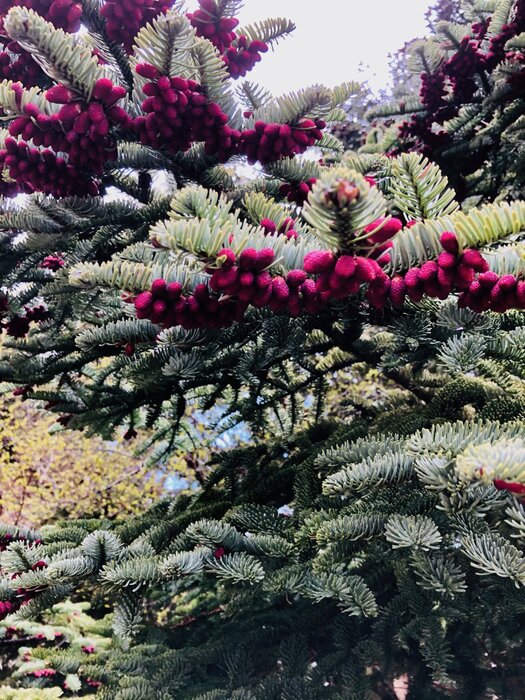 The path was occasionally muddy, unsurprising given the rain from the day before and we had our jackets on and off for most of the walk. By the time we reached the bikes it was pretty heavy but thankfully not cold. 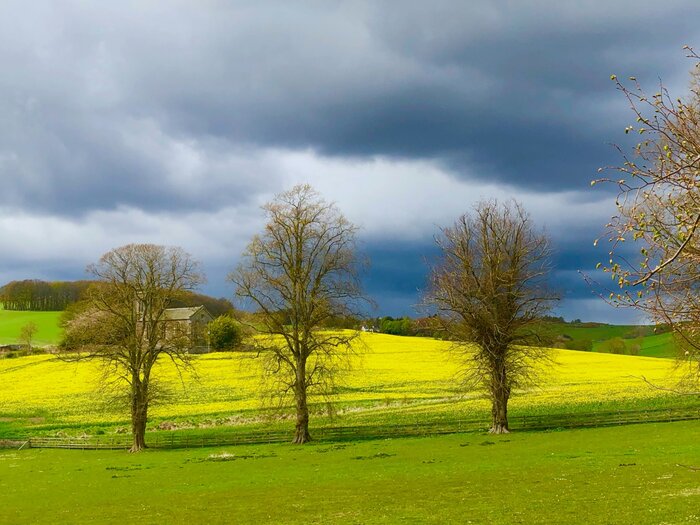 It took us about 2.5 hours to walk and then a quick 20 minute cycle back to Newburgh, mostly downhill - wheeeeeeeee! The Buttercup Cafe is within the garage if you want a cuppa afterwards, or alternatively there is the distillery. As we were soaked, we just headed home but a most excellent wee wander, leaving me only the bit between Pittachope and Balmerino to do of this long north section.

Taking bikes and leaving them at the end makes this all the more doable.
Click to mark this as a great report. Register or Login free to be able to rate and comment on reports (as well as access 1:25000 mapping).

A quick 3 on a blustery day

A jolly wee canter in the sunshine