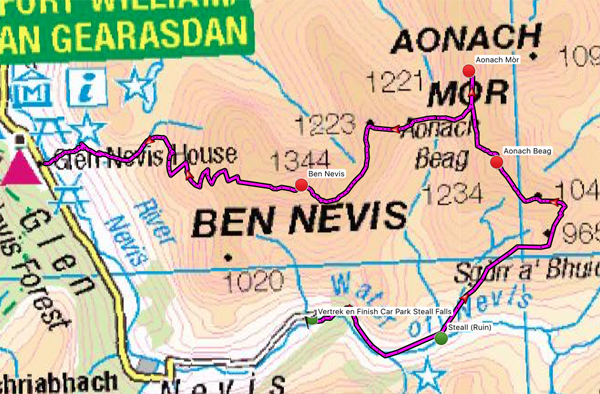 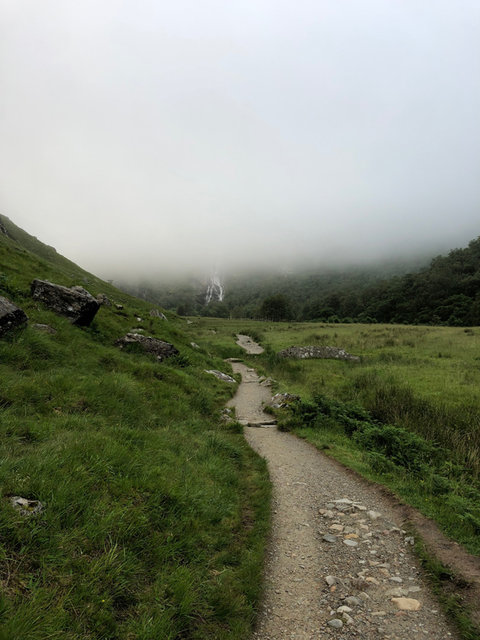 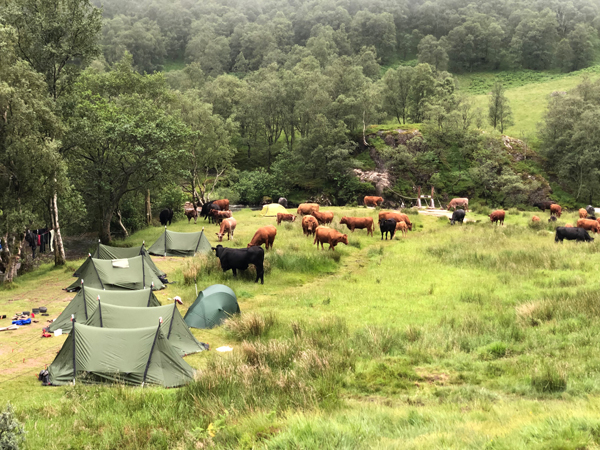 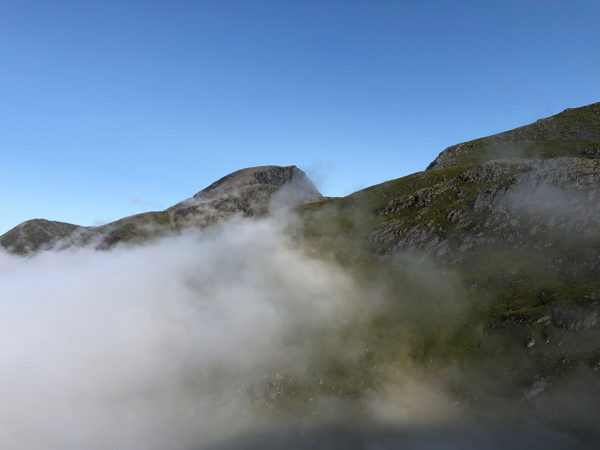 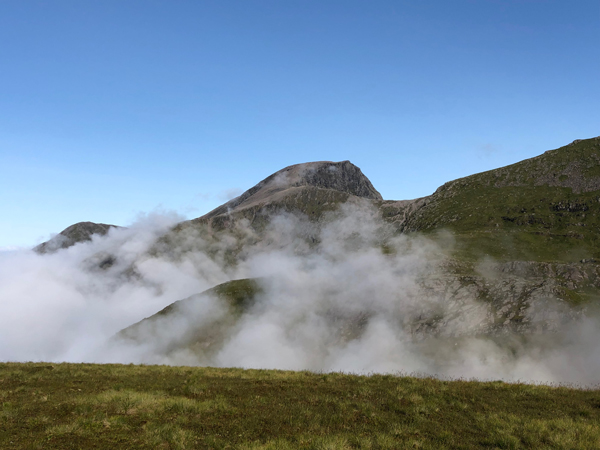 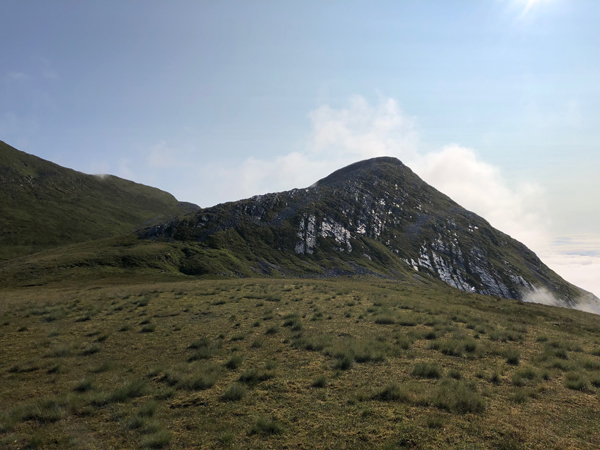 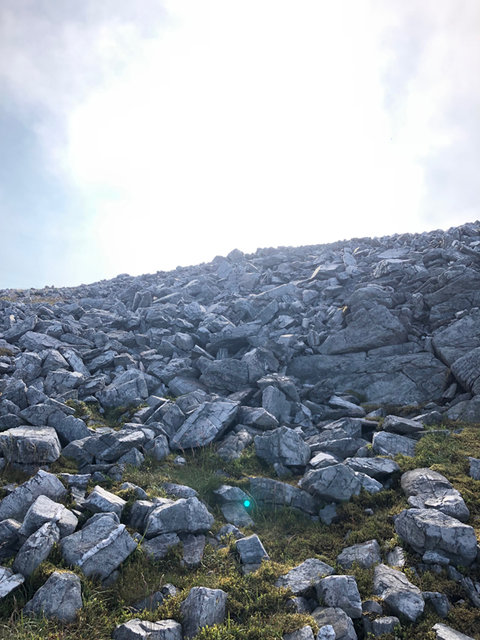 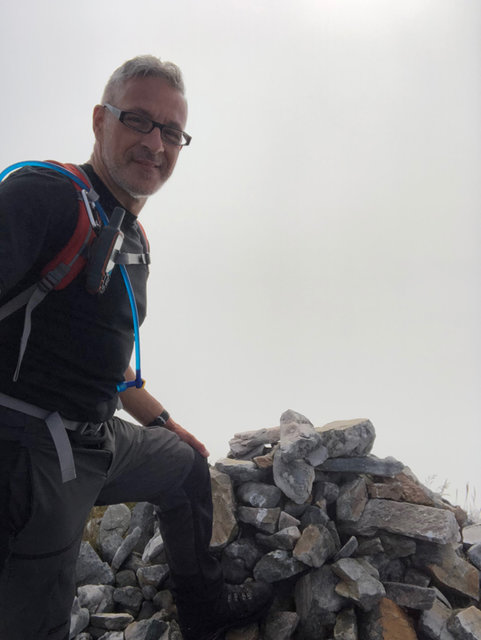 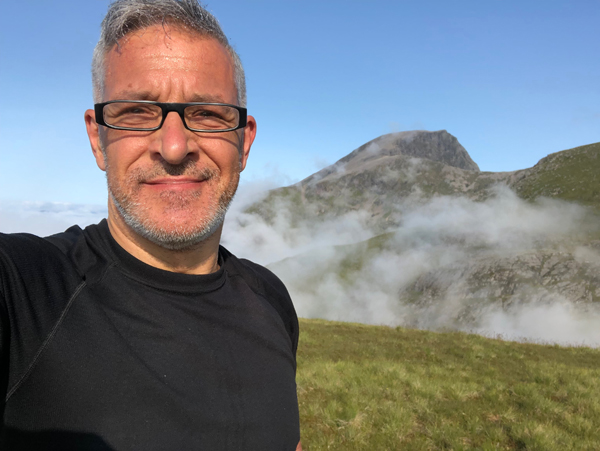 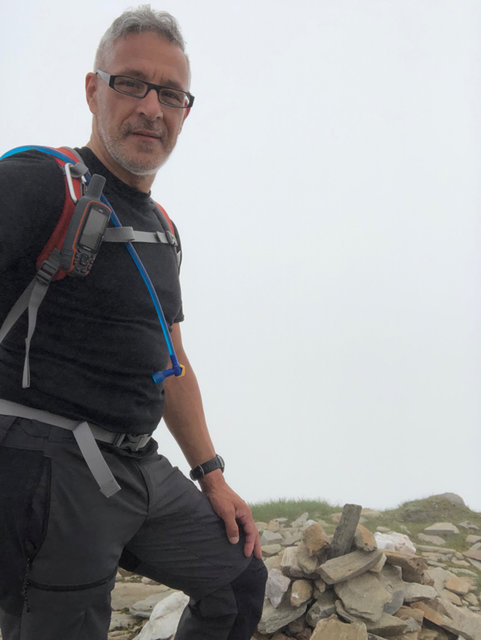 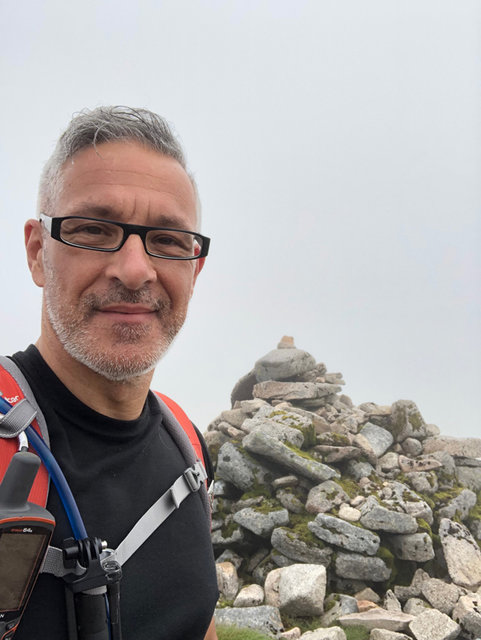 The way down from Aonach Mòr towards the bealach was a real hell for my knee, with no path whatsoever.
At first it was impossible to see CMD because it was covered in clouds from the bealach to the summit, so I was worrying a bit wether I was going to find a decent way up, without having to turn back because of some cliffs, but then just before I got to the bealach the clouds just disappeared. There she was before me, Carn Mòr Dearg, what a splendid hill. And what a view. I was really determined now to go on 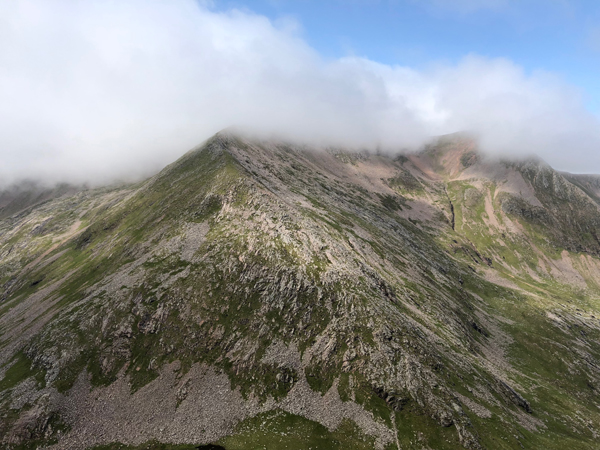 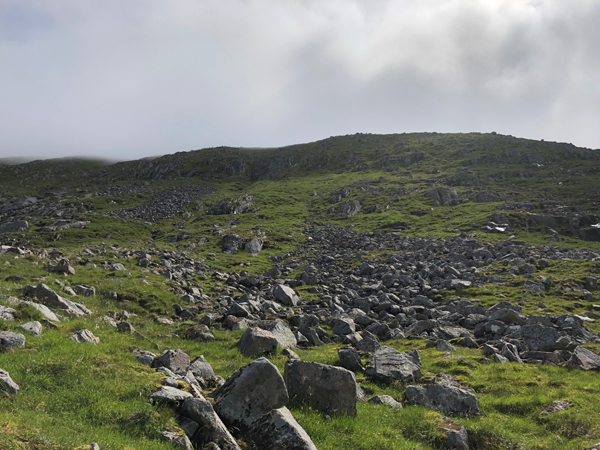 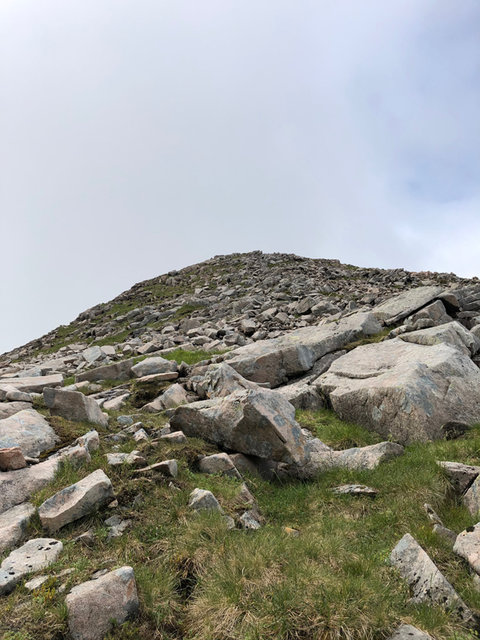 The way up CMD was pretty steep but I loved it nevertheless. I was so determined to get up there that i didn't realize that i was just below the summit untill i heard some voices just above me. A young couple had just arrived at the summit. They came in from the west and planned to tackle Ben Nevis as well from the CMD-arrete. I just had my picture, a wee sip, 2 figues and went on my way. They left a few minutes before me but I still got in front of them, apparently they took of in the wrong direction. Everything was covered in the mist , which makes it understandable. The arrete itself was most enjoyable, not as exposed as I would have expected. I was really happy that, despite the extremely painful knee, I had not given up, and was now rewarded with this part of the route. There was still a pretty steep slope ahead of me, scattered with big boulders and rocks. The last effort before arriving at the summit of Ben Nevis. As happy as I was to arrive there,it was in clouds and no views whatsoever. I had my summit picture taken and had some more dried fruits and a drink while a piper was playing a tune behind me. What more can you wish for

It was relentless and the pain was just awful. But after a way to long descent, I finally arrived at the bridge over the River Nevis and had a Irn Bru with my friends waiting for me at the Nevis Youth Hostel. I couldn't help but being proud of what I did today despite the handicap. I will do this route again some day, and hopefully with open skies from start to finish. I can only recommend this one <3 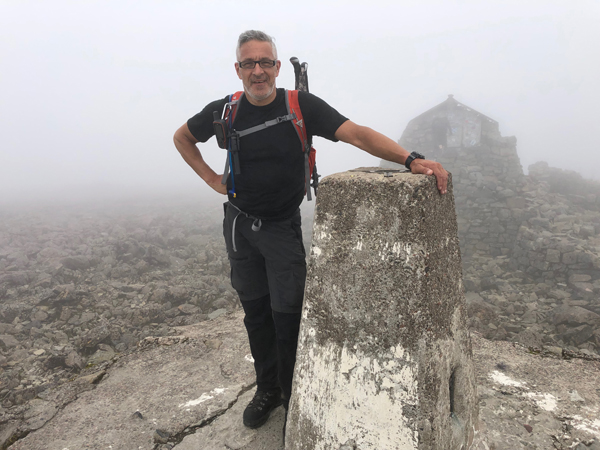 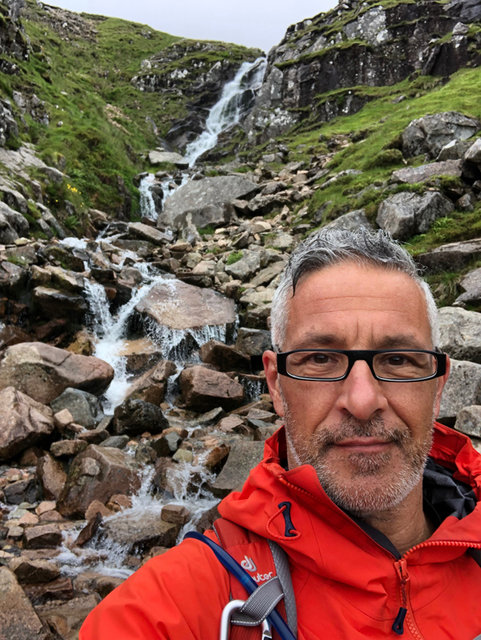 
Clouds, wind and drizzle on A' Chralaig