I wanted to finish this summer with a big outing. Sat/Sun weather looked rubbish and my mountain biking pal bailed for Friday. The weather was looking very tasty so I I made a late day decision to take the day off work. Having had a great week up in the Fannichs and An Teallach I was feeling a bit gallus and didn't want to drive all the way up to Loch Laggan for a couple of Munros. Creag Meagaidh++ maybe, just to safe I decided to start on Beinn Teallach and finish on Carn Liath so left my bike at Aberarder just in case I bailed after Creag Meagaidh.
5am, Glasgow, bugger, oh well it's not like it's getting darker. Tea'd and coffee'd up I got to Aberarder at 8:45am and dropped off the bike. Drove along to Roughburn and parked the car. Lack of sleep saw me packing and unpacking my rucksack at least three times before I decided I hadn't forgotten everything.
The forest road up is very obvious, but finishes in a bit of a mess. 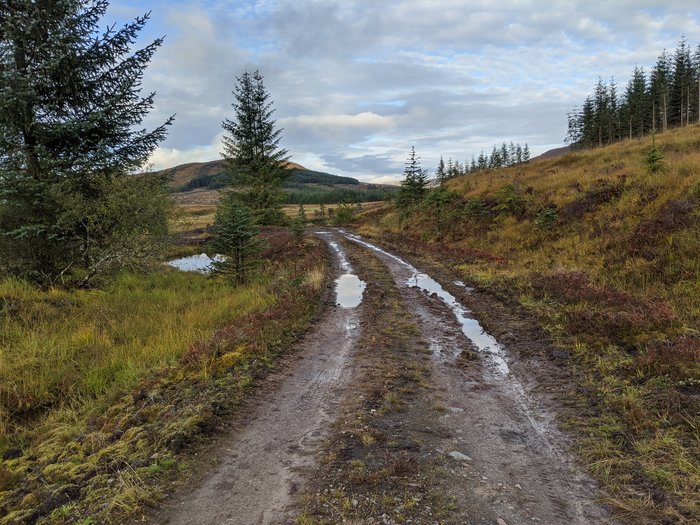 After that the heavy machinery has chewed up the moor a bit, so pick a line an head for the corner of the forest on the other side of the burn, where you pick up a good path. 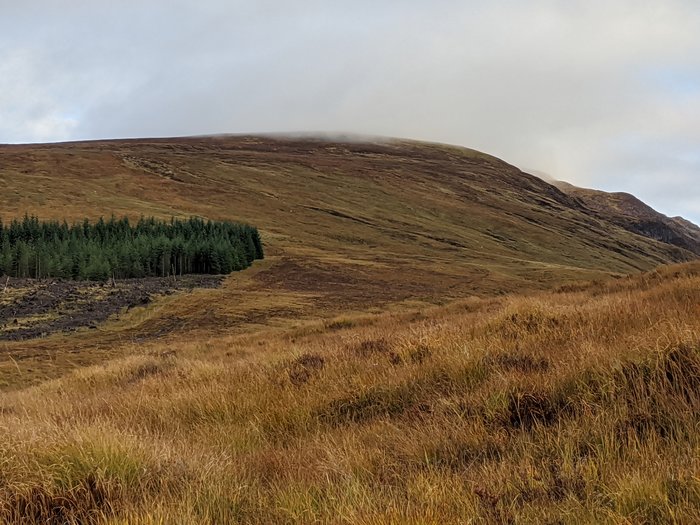 Follow up to the corner then head up the blunt ridge for what seems like a long way. Taking in the Great Bogs of Scotland, such as Mz Lochaber 2020 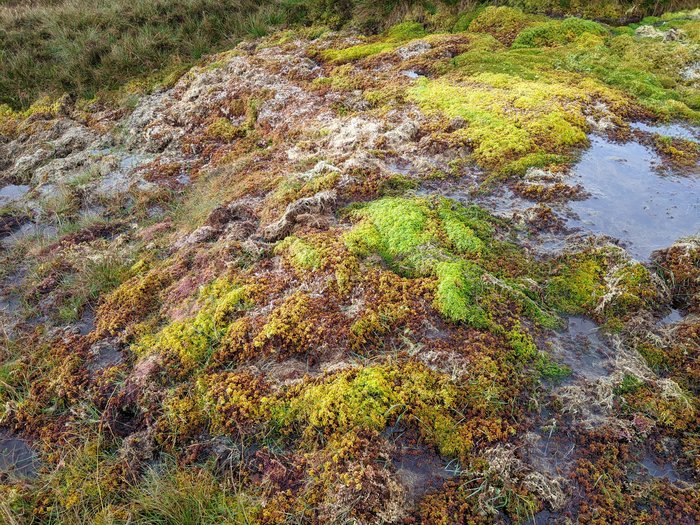 The mist was down so Beinn Teallach was a non-event, so I pluchtered off down the ridge to the bealach. Fortunately the predicted sunshine arrived before me on the way to Beinn a Chaorainn, and after that it was sunshine and gales all the way. 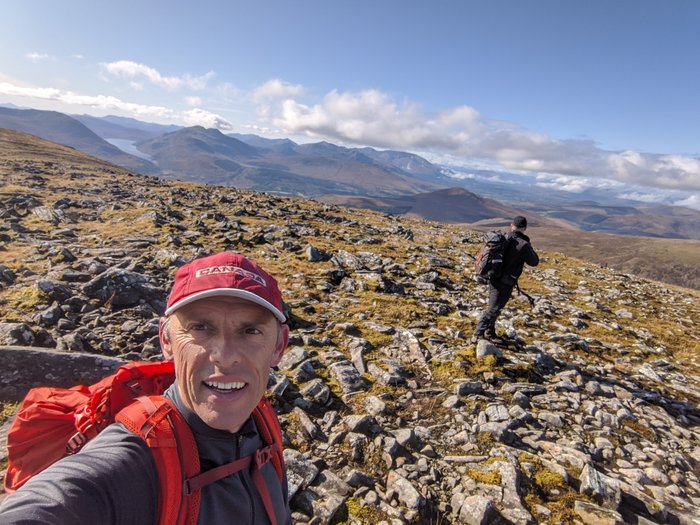 I was pleased to find that the drop down to the bealach and the subsequent hike up to Creag Meagaidh was not as bad as I'd anticipated and there's a great 4 wheeler track all the way from the bealach to where it meets the fence high up. After that just a plod along to the end of the fence and quickly over to the summit. 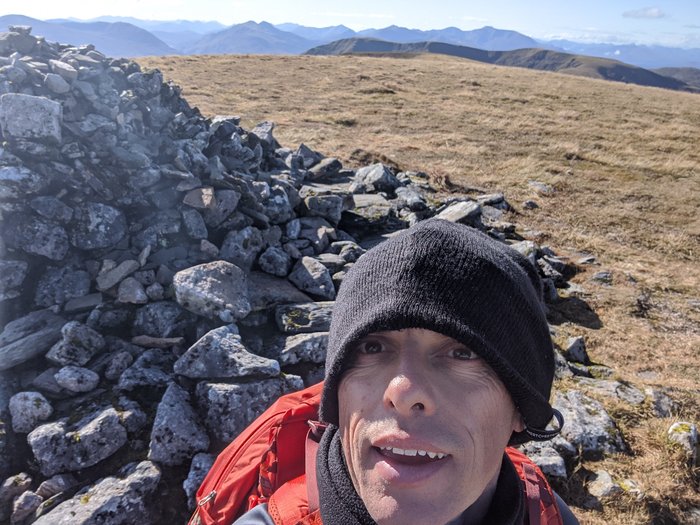 At this point I thought it was pretty much plain sailing along the ridge to tick off the last two. So, down and up I went. 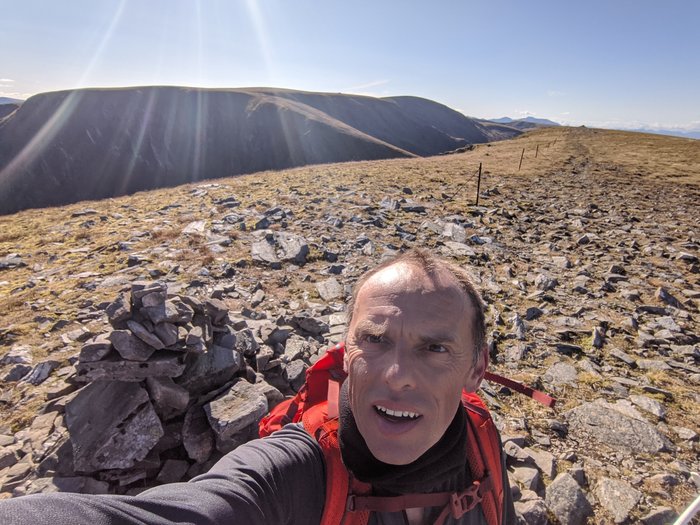 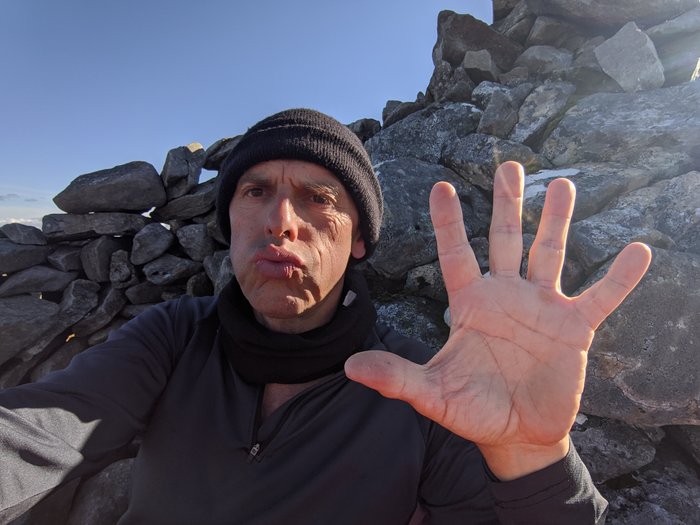 So, 5 is doable, if you have two cars, great, but with a bike it works too, even though it's a long day, but my, what a day.
Click to mark this as a great report. Register or Login free to be able to rate and comment on reports (as well as access 1:25000 mapping).


It's always sunny in Glen Coe