This post is not published on the Walkhighlands forum
Corbetts: Goat Fell
Date walked: 02/07/2011
Views: 964

This post is not published on the Walkhighlands forum
Hewitts: Snowdon - Yr Wyddfa
Date walked: 11/06/2011
Views: 874

This post is not published on the Walkhighlands forum
Corbetts: The Cobbler
Date walked: 10/04/2011
Views: 919

This post is not published on the Walkhighlands forum
Corbetts: Ben Ledi
Date walked: 31/10/2010
Views: 877


Narnain and Ime - What a Gorgeous Day

Scraped the car off the ice, and arrived in Arrochar at about 09:15. Jumped out of the car and thought "brrrrrrrr", so geared up for the cold (hats, gloves, spare jumper, fleece, etc.) - big mistake!! 10 minutes in the woodland climb I'm down to base layers, and although it was still chilly, the sun was beating down without a cloud in the sky. 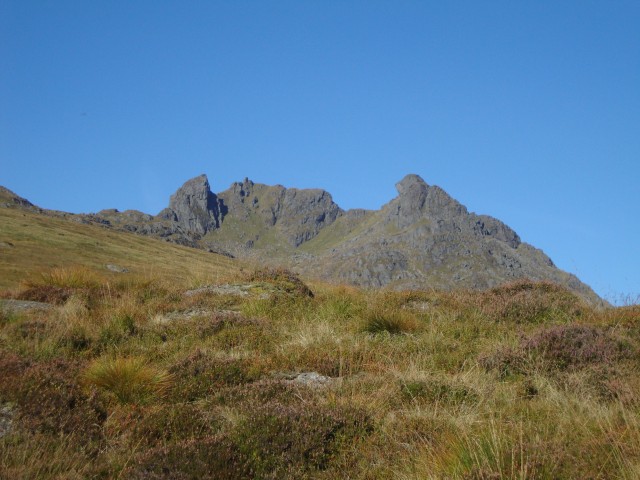