our_route.gpx Open full screen  NB: Walkhighlands is not responsible for the accuracy of gpx files in users posts
Once again the weather forecasts were very good - cold, clear and with the summits due to be clear of cloud. So off we went for our third trip to Inverlochlarig in 4 weeks, this time to climb Beinn a'Chroin. Inverlochlarig is a very beautiful place which has attracted suprisingly few climbers/walkers when we have been there. Following an early start we were off at 8.20 and were lucky enough to see some deer as we walked along the track from the car park to the farm. Red deer with Cruach Ardrain in the early morning sun

We walked through the farm and along a good track which leads west up the glen. We walked past Beinn Tulichean and after about 50 minutes took to the hills and started climbing Beinn a'Chroin. There is no path but it is a steep, grassy hill and so there is no bog and the going was good. Once again the views in all directions were excellent, and reminiscent of the north-west highlands. 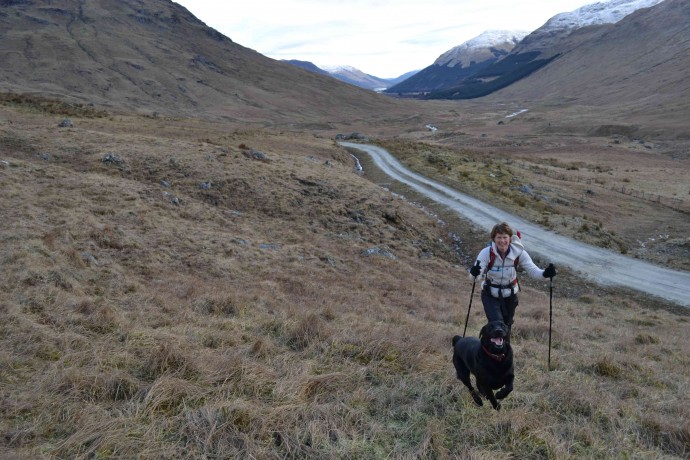 The view down the glen to Inverlochlaraig & excited dog 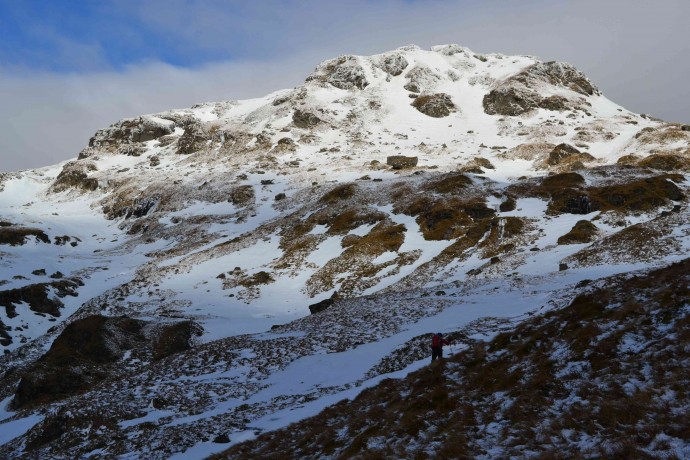 On reaching the snow line we donned our crampons and headed on across hard packed snow. The sun came out and we were the only people on the hill, and the only people who had taken that route for some time as there were no footprints. There was ice all over many of the rocks which added to the spectacle. Ice on the mountain 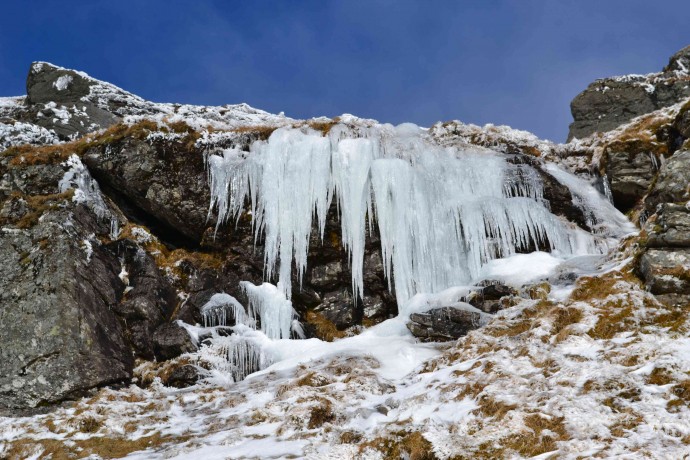 We headed north west to avoid the steepest and most difficult route to the summit. Pausing to get my ice axe out, my hat fell to the ground and blew away. Never willingly giving anything away free, I chased it to a small cliff edge, but it escaped to freedom. This was the second hat I have given to the hills this winter. Mrs C just about hid her mirth. The final section was up a steep gulley and then suddenly we were at a bealach near one of the summits and saw our first footsteps - coming from An Caisteal - but they were old and there was no-one around. We climbed south east to one of the summits and admired the views. 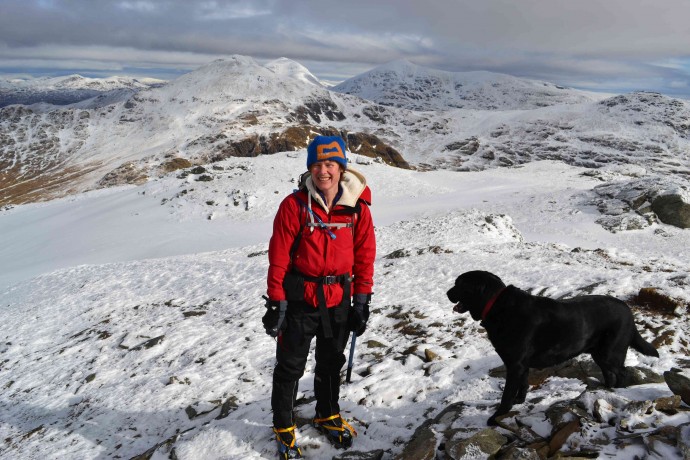 At one of the summits with Cruach Ardrain, Beinn Tulaichean, Stob Binnein and Ben More in the background

It was nippy at the top and so we soon headed along to the other summits, and had a long look at An Caisteal - impossible to get to with a dog as it was very icy and the slopes off Beinn a'Chroin are very steep- and stopped for lunch. 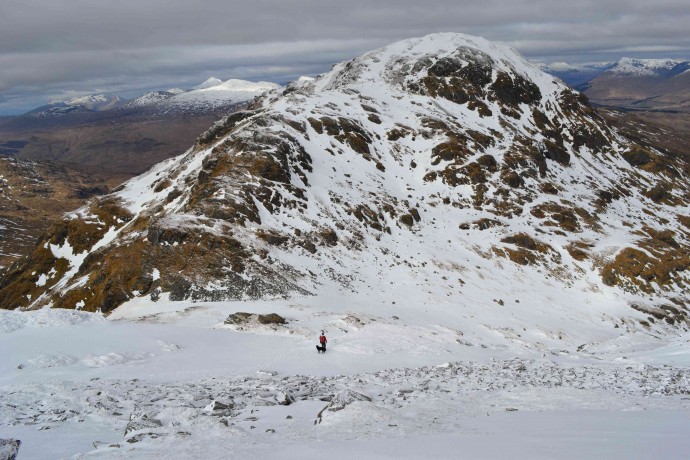 Sussing out the route to An Caisteal Lunch at a summit

We had a leisurely, relaxing walk back down the mountain, enjoying the peace, solitude and fantastic environment. Then it was back along the track, with the sun on our backs and spring in the air. 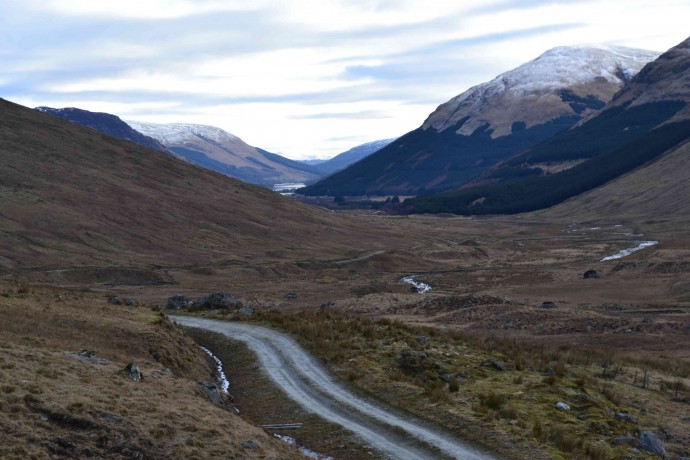 We got to the farm and stopped for a long chat with a friendly farmer's wife, apparantly they sell all cuts of venison and have great venison burgers, so bring your money, and then it was a short hop back to the car. Another great day out.
Click to mark this as a great report. Register or Login free to be able to rate and comment on reports (as well as access 1:25000 mapping).