our_route.gpx Open full screen  NB: Walkhighlands is not responsible for the accuracy of gpx files in users posts
For all sorts of feeble reasons this was the first time Monty and I had ventured into Wales this year, and for that reason I didn’t want to push the little chap too hard.
As the sun started to come up there were little pockets of mist in the hollows of Shropshire and into Mid Wales, but sadly the prospect of a misty Cwm Cywarch didn’t materialise. Still, the weather was clear and dry, with a slight chill in the air as we set off from the car park, and over the footbridge onto the footpath up the side of Pen yr Allt Uchaf. The lambs back home in Worcestershire are already getting big enough to fear the whiff of mint sauce, but they are still tiny in these Welsh Hills. Not too far along the path I decided to make a bee line for the ridge above. I have to say it is a steep grassy slog up to Pen yr Allt Uchaf, but I was in part towed up the hill by a Terrier on a string, as Monty seemed to be very keen to see what was at the top.
The view over Drysgol to Aran Fawddwy from the soaring peak of Pen yr Allt Uchaf was rather splendid, the summit being marked by a combination of old fence post and a couple of lumps of white quartz. 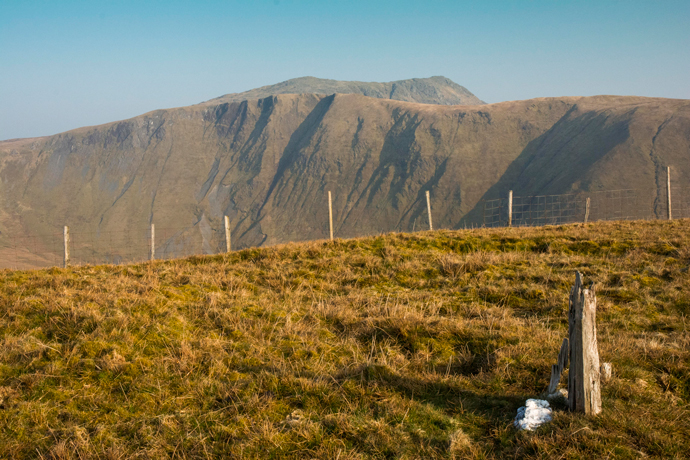 Onwards towards Drysgol, we found that the dread bog of Waun Goch was in fact fairly benign today, but there were the signs that the peat hags might be more unpleasant in soggy weather.
We stop for a ‘Strategic Photographic Pause’ at the top of Drysgol, and Monty posed like a true Mountaineer with Aran Fawddwy in the background. 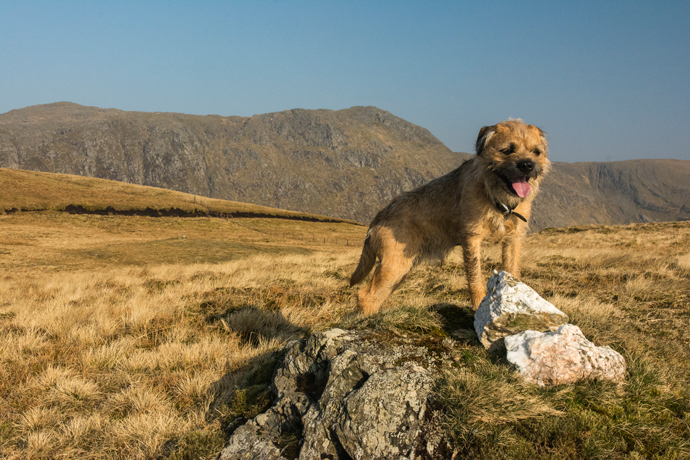 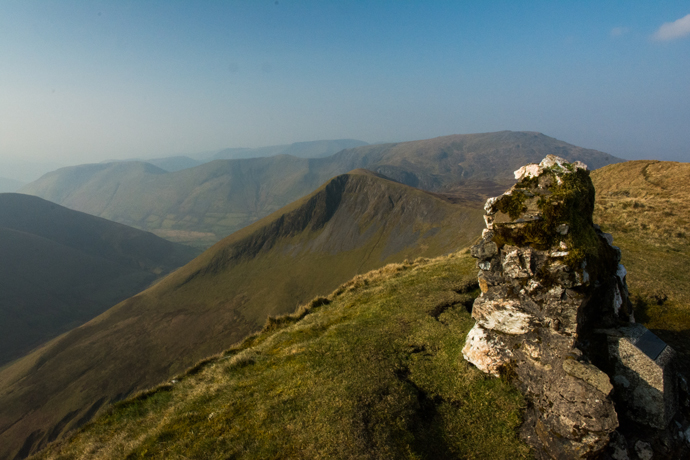 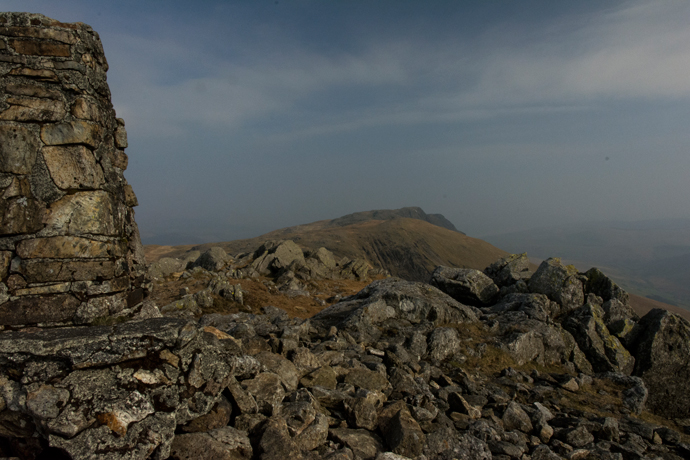 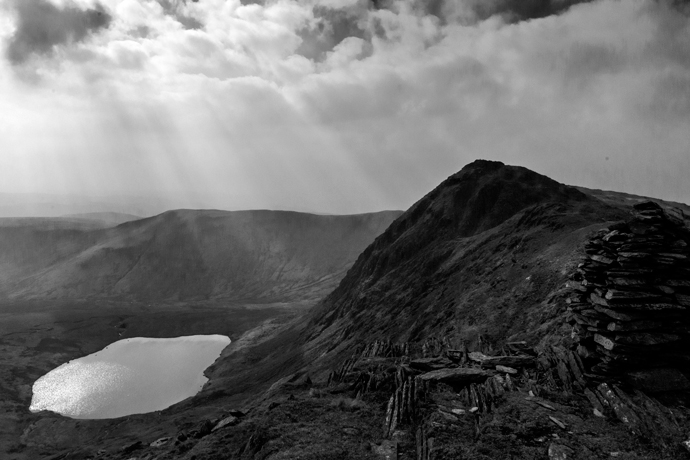 It’s a short hop to Aran Benlynn from here, and usually the views northwards are expansive – ah well, it’s still good to be out. 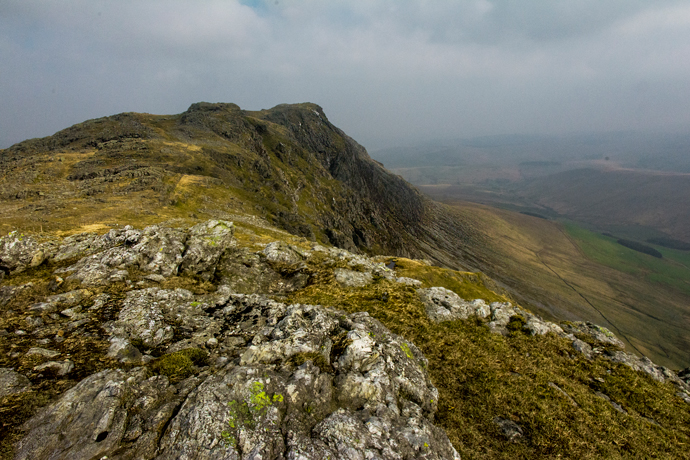 We retrace our steps back over Erw y Ddafad-ddu and Aran Fawddwy, and onwards almost as far as the RAF cairn, before heading off left to the last hill of the day Gwaun y Llwyni. We keep high to avoid any possible boggy patches around the headwaters of the Camddwr, but there wasn’t much likelihood as it is pretty dry up here today. 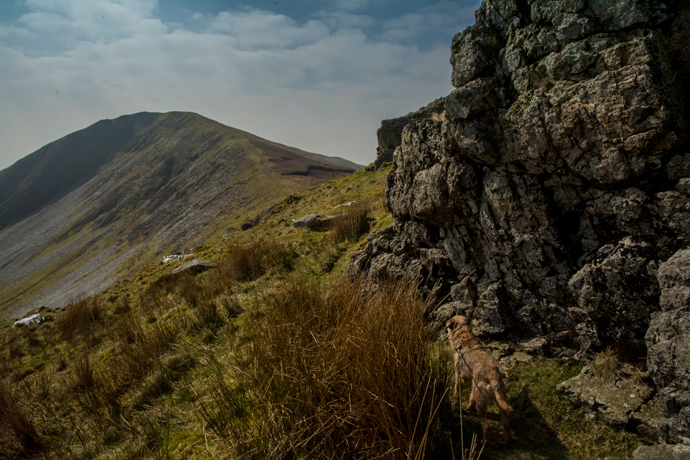 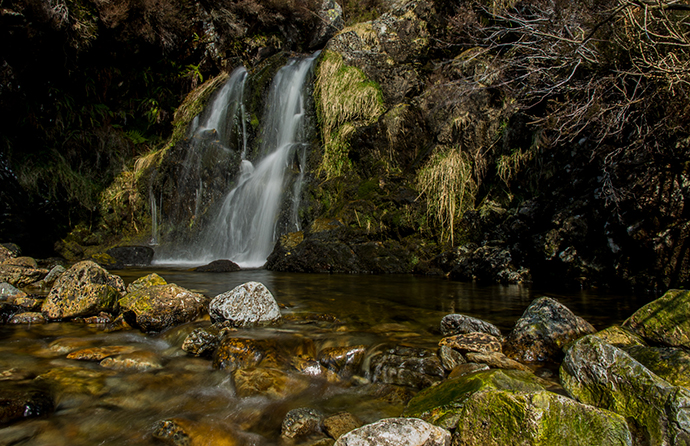 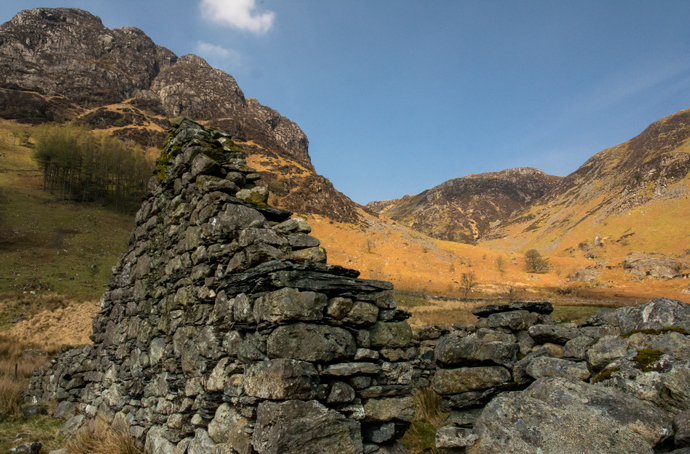 All in all a grand day out!
Click to mark this as a great report. Register or Login free to be able to rate and comment on reports (as well as access 1:25000 mapping).


Winter Wonderland - The other Snowdon Horseshoe

Manod: A mountain missing a snooker table or two,… or three