Myself and my son in law decided we would like to add to our Munro tally by attempting some Western peaks in winter - both of us hailing from the East coast! We stayed in Strathcarron and after an hours drive parked in the main car park - having decided to follow the anti - clockwise route recommended as per Walkhighlands! This gave us a short walk along the main road to start the ascent - this would prove to be a good move so as not to have this at the end of the walk. There was also the added advantage to meeting the local tame stag in the car park! The ascent once off the road was relatively gradual and straightforward, eventually we reached the start of the snowfield which became steeper. It was at this point we met a gentleman from the Scottish Avalanche Information Service - the risk of avalanche was low which was reassuring. 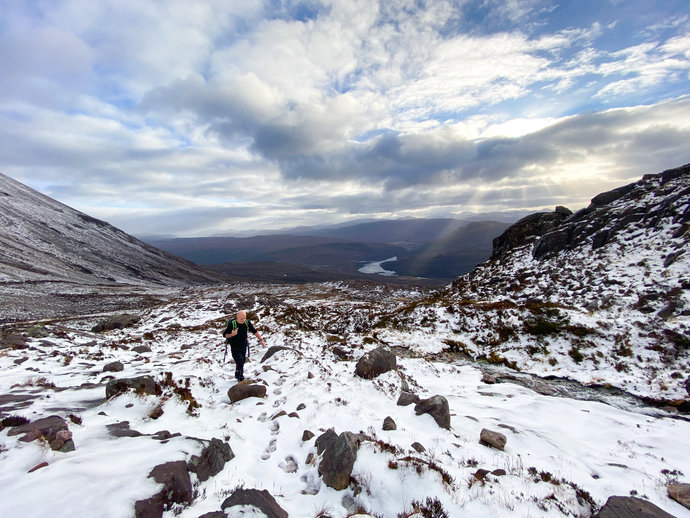 Slow plod up the snowfield 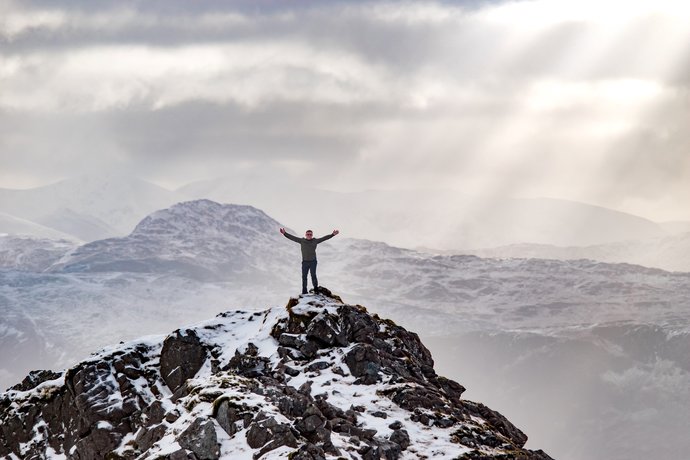 From here on the views became more and more impressive and the winter conditions only added to the majesty of this area. Eventually we reached the trig point and continued very gradually to the peak at Spidean Coire Nan Clach - the conditions at this point were difficult and not a little scary due to the ice. However the views here were jaw dropping - to see the ice covered summits of all of Beinn Eighe and Liathach was one of life’s high points! 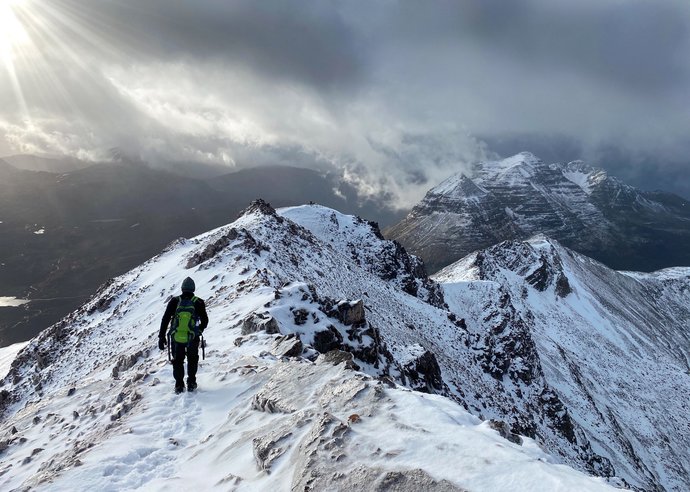 The view from the descent of Spidean Coire Nan Clach.

From here on the ridgewalk was relatively straightforward although visibility was now decreasing and by the time we reached the second Munro peak, Ruadh Stac Mhor, the visibility was non existent and after a couple of minutes rest we retraced our steps to start the descent into Coire Mhic Fhearchair. It was tough going down the “chute” although the snow did createsome cushioning for many slips! The Coire itself is amazing and the views to the Triple Buttress were excellent. 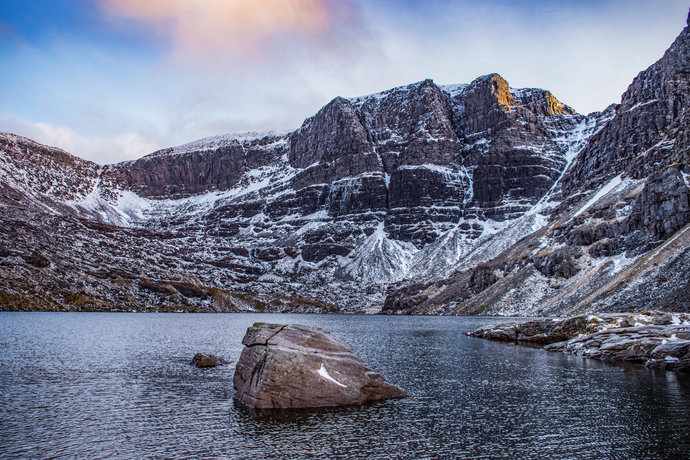 From here it is a long walk along a well defined path. We did however concede that we should have started the day an hour earlier as by the time we reached the car park we were relying on head torches! In the dark we had no idea whether our old pal the stag was still there - we drove out of the car park slowly, just in case!
Click to mark this as a great report. Register or Login free to be able to rate and comment on reports (as well as access 1:25000 mapping).