While I've meticulously kept my WH blog up-to-date with entries for every one of my walks since my first Munro in Sept 2011 (also the day I joined WH), I've not actually written a trip report for the public forum in almost a year

This is partly down to becoming lazier

but this is still a work in progress for now: Scoob & Fi's Munro map

Just to clarify... I'm not giving up on the hills!!

just changing my name - my next outing will be Schiehallion on our wedding day!

Anyway, today's walk was a straight-ish line from one Corbett to another with a couple of Munros in between! Since we're now counting Munro round 2 as well as Corbett round 1, Scoob went further ahead on the big hills (I'd already done Vorlich twice) and closed the gap on the wee-er hills (this was my second time on Each)

It was forecast for rain later in the day so Scoob and I set off early for a 6.30am start from Ardvorlich, having left my car in the layby beside Beinn Each. We did manage to avoid the rain, getting views at each summit

although there was a haze present for most of the day.

Setting off on the good track towards Ben Vorlich, this time we took the first branch to the left heading instead for the Corbett first. It wasn't long before we came across what we initially thought were huge gemstones, then we figured it must be coloured ice

or even pieces from a meteorite

Thanks to Facebook and Google the answer's never far away

while it seems there is 'watermelon snow' to be seen out there, our find was actually mineral licks put out for the deer. Up and down over the peat hags to Meall na Fearna then we headed almost straight for Vorlich's summit. We did look at options for dropping down lower and picking up the more gentle shoulder but instead picked out a steeper but more direct line through the crags with a brief scramble heading for the summit, picking out a grassy line to the left just before the top steeper way up Vorlich! but we found a little scramble :) nice view to Stuc from this side of Vorlich

Ben Vorlich to Stuc a'Chroin is a popular, well described route. We followed the path and then picked out the best scramble line we could find (veered away from path for this). After Stuc it was again path all the way over to the final hill of the day before heading back to the car we'd left waiting now heading for Beinn Each 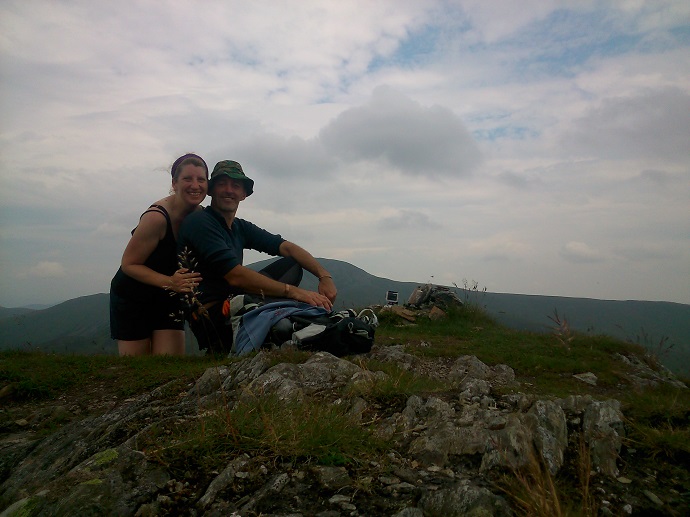 This post is not published on the Walkhighlands forum
Corbetts: Geal Charn (Dorback)
Date walked: 20/07/2014
Views: 660

This post is not published on the Walkhighlands forum
Corbetts: Meall a' Bhuachaille
Date walked: 19/07/2014
Views: 774

This post is not published on the Walkhighlands forum
Corbetts: Beinn Mholach, Stob an Aonaich Mhòir
Date walked: 13/07/2014
Views: 1136

This post is not published on the Walkhighlands forum
Munros: Bidein a' Ghlas Thuill (An Teallach), Sgùrr Fiona (An Teallach)
Date walked: 21/06/2014
Views: 753