Braeriach ... been there and done it at last!

Having used the Walkhighlands site for quite a few years and enjoyed reading the reports about the exploits of others, I decided that it was about time I actually posted a report myself! My usual walking buddy, Dogplodder, has been nagging me to do this for ages, but up till now (on the principle of “why have a dog and bark yourself!”) I’ve left the reporting to my worthy walking companion!

In 2009 Dogplodder and my other walking buddy, Evelyn, set off to tackle Braeriach. Evelyn didn’t quite make it to the summit on that occasion and ever since then has had it on her “to do” list and has been working on me to tackle it with her. Saturday was the day : long hours of daylight to allow those of us of slowish pace to make it up and down, and hopefully a reasonable day of weather. Rain was forecast for later in the day but we reckoned if we could get to the summit and at least part of the way down again before the weather broke we would be happy.

We parked at Whitewell (didn’t fancy the boulders of the Chalamain Gap!) and set off with a spring in our step along the forest paths towards the Lairig Ghru. 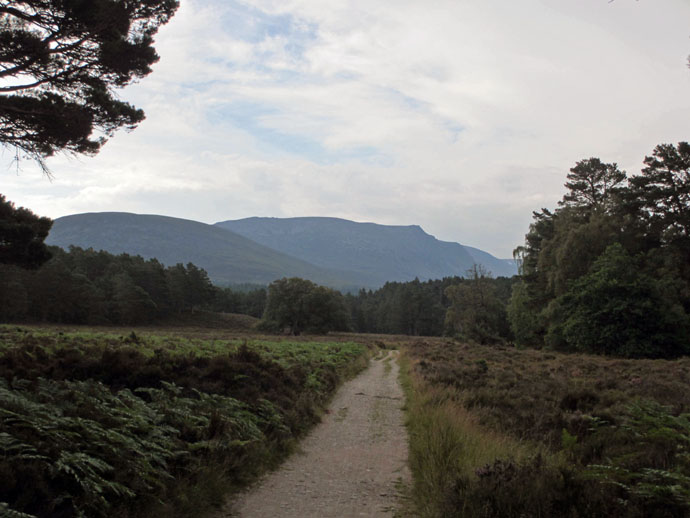 First glimpse of the day's target 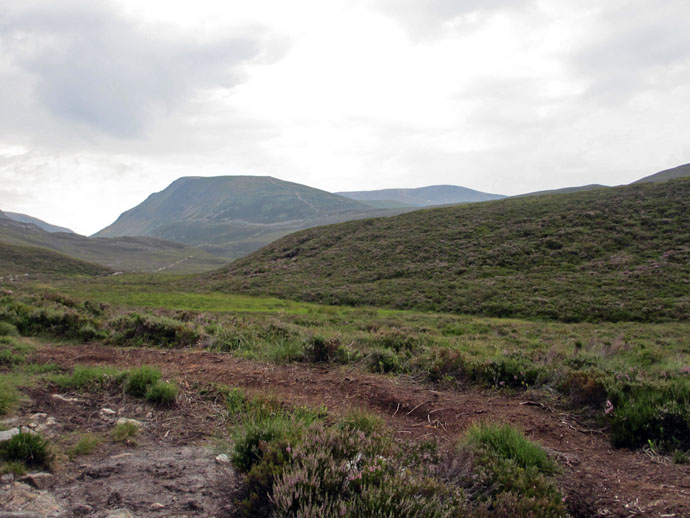 The Sron na Lairige ridge and Braeriach behind 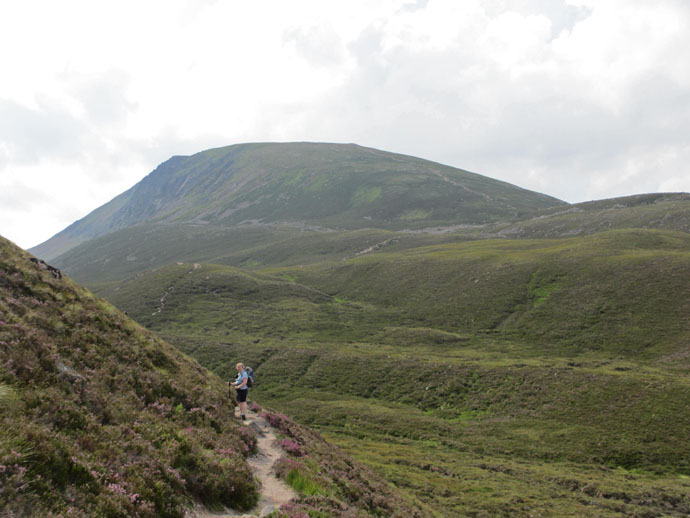 Getting nearer but still a long way to go!

We reached the source of the Allt Druidh and headed up on to the the Sron na Lairige ridge, following the good path (still under construction according to a notice propped up agains a rock) and were grateful for the steps which made the steep ascent easier. By this time we were sharing the hill with various other walkers (most of whom overtook us!) and we enjoyed the “craic”, exchanging chat about hills and routes. 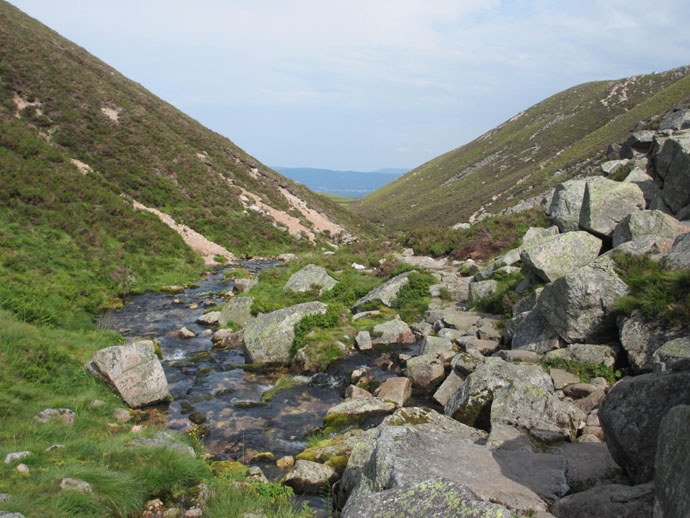 Source of the Allt Druidh, tumbling out of the rocks 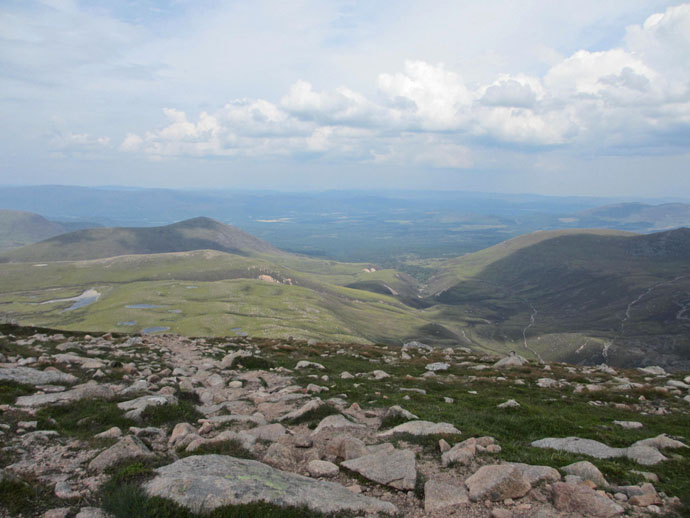 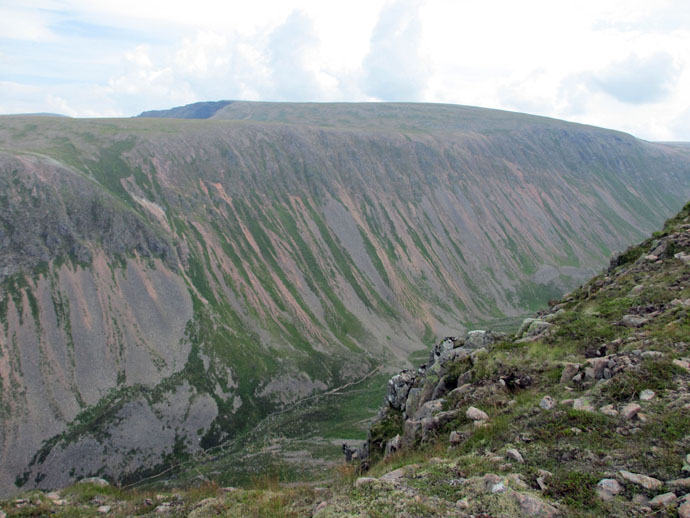 Looking south along the Lairig Ghru 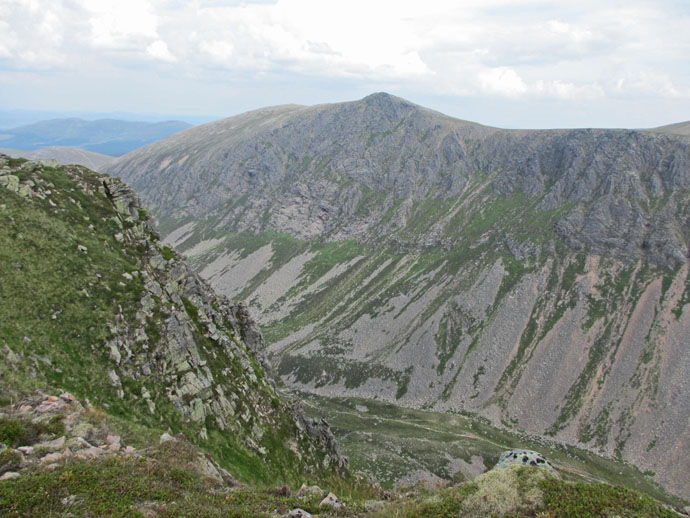 The Lairig Ghru and Lurcher's Crag

After a lunch stop on the Sron na Lairige ridge we headed up to the coll where we were rewarded with our first views of the Cairngorm mountains to the south. Even though it was hazy there was a haunting, atmospheric beauty about the panorama that lay before us. 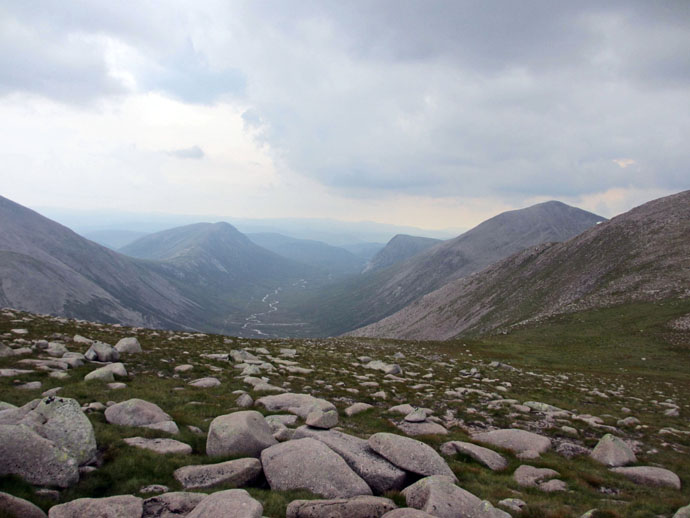 Then it was onwards and upwards to the summit … definitely no turning back for Evelyn this time! 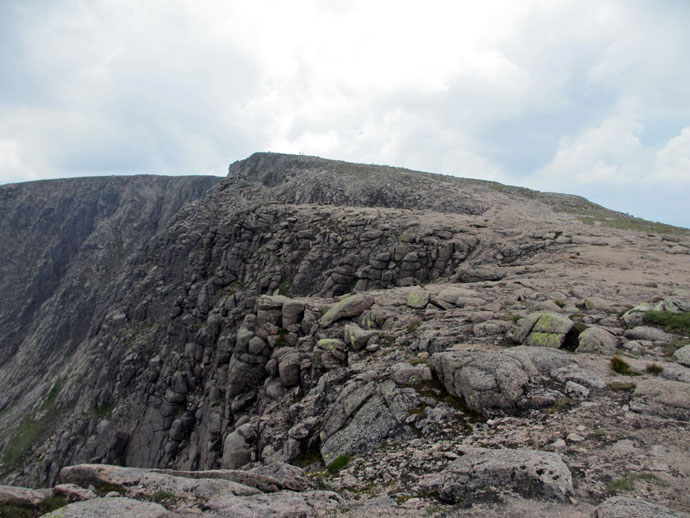 Braeriach cliffs and the summit ... nearly there! 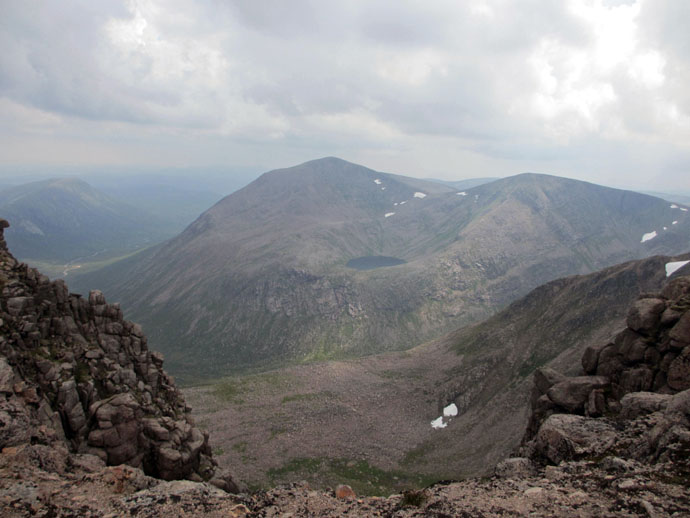 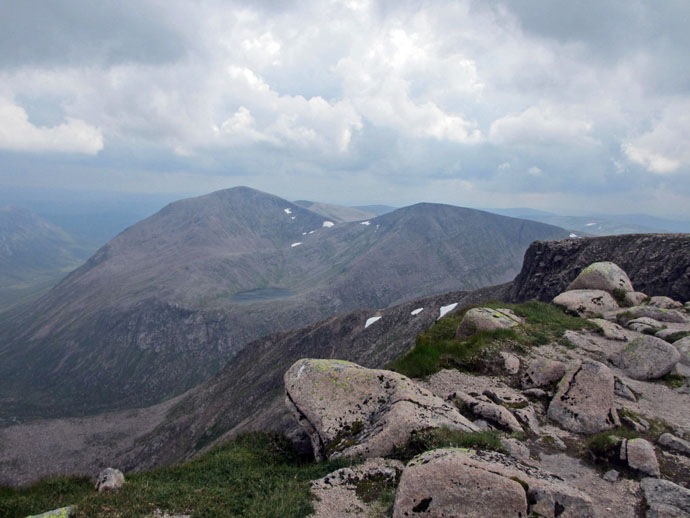 We didn’t hang about at the summit because the weather was beginning to look decidedly ominous. We had thought about continuing the circuit, but had decided earlier in the day that if visibility was going to be an issue we would be better to stick to the known path and reverse our outward route. After a stop for something to eat back down on Sron na Lairige we set off again but stopped very soon to put on the waterproofs … just in time as it turned out, because in the space of five to ten minutes the ridge was shrouded in cloud and the heavens had opened! We picked our way carefully across the boulders and were relieved to reach the path back down to the Lairig Ghru. 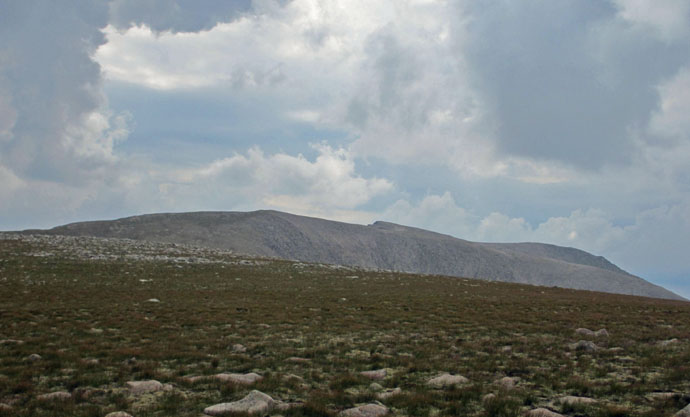 A final look back of Braeriach before it disappeared under cloud

Back down in the Lairig Ghru the really heavy rain slackened to a steady drizzle which accompanied us all the way back to the car as did the midges! By the time we reached the forest we were both pretty tired, the spring had pretty much gone from our steps and it seemed a never-ending haul back to the car! But hey .... we did it and had a great day in the process!
Click to mark this as a great report. Register or Login free to be able to rate and comment on reports (as well as access 1:25000 mapping).