The Coledale Round, 9 Wainwrights mostly in clag

The cloud was meant to lift late morning, but it didn't, so most of the walk was done in thick clag, visibility of just a few metres. Fortunately there were good paths, though some of the summits had cairns and others didn't, and there were cairns on high points which weren't summits, so that was a bit confusing. I did get out map and compass a few times as well as checking GRS co-ordinates to see where I was, as I couldn't see anything around me to help identify where I was other than knowing I was usually on a path! Mild and practically no wind, just all grey until the last couple of hills (descending back from Causey Pike cloud started to lift, then Outerside and Barrow were clear). In a way, it worked out well, I never realised until the end just how epic the horsehoe was (the higher mountains kept their tops in the cloud even by late afternoon, but still looked impressive), it might have looked quite daunting if I'd been able to see where I was going?! A great walk this, with flexibility to cut it short (as some people did today, not that it was busy anyway), or to add detours out to other nearby hills.

our_route.gpx Open full screen  NB: Walkhighlands is not responsible for the accuracy of gpx files in users posts
Can't remember with 100% certainty if I got the right summits matched with the right names on these photos, and I maybe didn't take photos of all 9 anyway given the utter lack of views.. Looking back down on Bassenthwaite Lake and over to Skiddaw after the first little bit of ascent. I was still hoping this mid morning cloud would disappear as per the forecast ... Looking back on my way up Kinn, this was to be the extent of my views for the next 4 or 5 hours as it turned out Hopegill Head maybe? (I know I went to all the summits, just can't remember looking at my photos now what was what!) 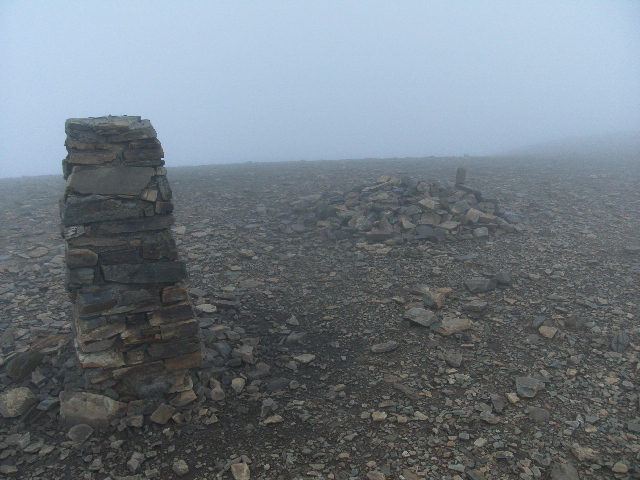 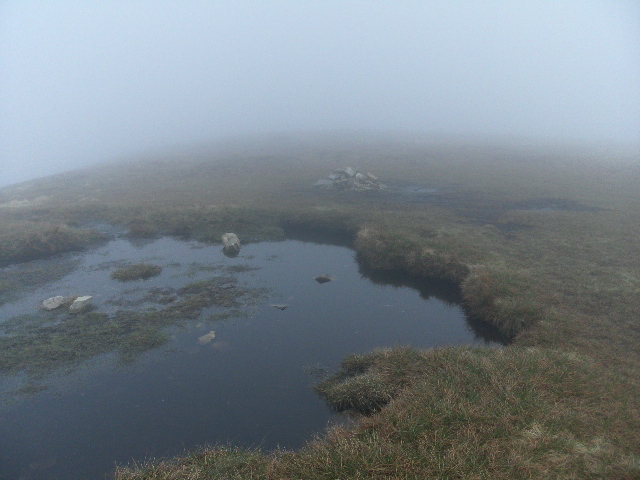 Descending north west down across the northern slopes of Causey Pike into High Moss, I got my first proper view - Outerside on the left (my next target), Stile End in the middle, Barrow on the right (last hill of my route today) Stile End and Barrow, the last leg of the walk 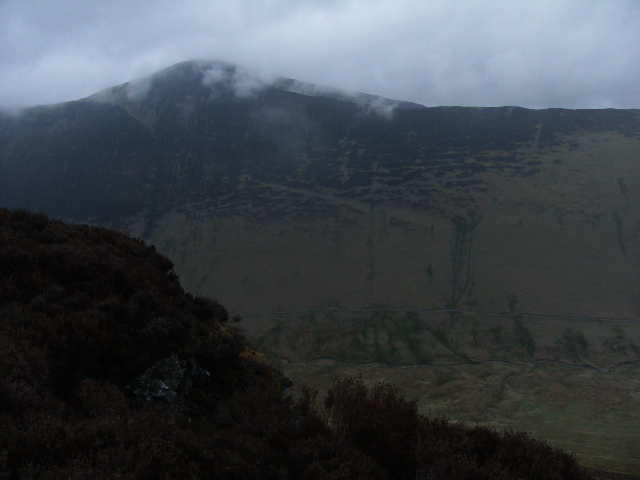 Looking down Coledale Beck and over to Kinn, the first minor top I'd gone over today, Braithwaite the village in the photo (Skiddaw in the background, still not clear)

The nearest I got to a view of the full horseshoe all day - looking west from near the top of Barrow, Causey Pike on the left and Outerside in the centre of picture, plus (less clearly) all the other hills and tops I'd been over Barrow summit looking down to Derwentwater

Pano from Barrow summit area of the Coledale Round - initial ascent up Kinn on the far right, Causey Pike on the left, summits of Grisedale Pike (centre rear) and Grasmoor (rear, left of centre) in cloud Final descent, down Barrow to Braithwaite

A9 detour up a heathery lump with a clear path

Beinn Loinne - every weather in 1 walk