Finally made a start on the John o'Groats Trail - I'll probably do the most northern stretches on consecutive days, but the ones nearer Inverness I'll probably do as day walks. It was a bit of a last minute decision to start on the JOG Trail today, but even in Inverness it was windy, so the MWIS forecast of walking being arduous at times on the mountains sounded likely to be accurate. Being so last minute (i.e. only making the decision and setting off at lunchtime), I didn't try to work out public transport or lifts to do a longer one-way stretch, so opted for the fairly short, flat stage between Tain and Dornoch which I could do return to get back to the car.

Plenty free car parking in Tain, and from there I just followed the WH instructions and JOG Trail route markers. A straightforward walk, a short stretch alongside the A9 on leaving Tain and then the longer bit inevitably by the A9 crossing over the Dornoch Bridge ...but other than that it was mainly on quiet tracks and trails. I didn't do the last 2 kilometres along the road into Dornoch itself as I'd been there last month plus still had to turn round and go all the way back to Tain the way I'd come. A nice afternoon, especially in the good weather. I parked in one of the car parks in the centre of Tain and followed the road out, past Lidl and to the A9, where there was a short walk along a wide verge to the minor road turning off. I don't know what the marking is like on the rest of the trail, but I found this section pretty good. I liked the clarity of the N and S pointers too, to remove any doubt! After the quiet tracks, it was back to the A9 to cross the Dornoch Bridge, but traffic wasn't too heavy, and at least there were scenic views - Struie Hill to the west.. ...and the firth to the east Looking N along the Dornoch bridge 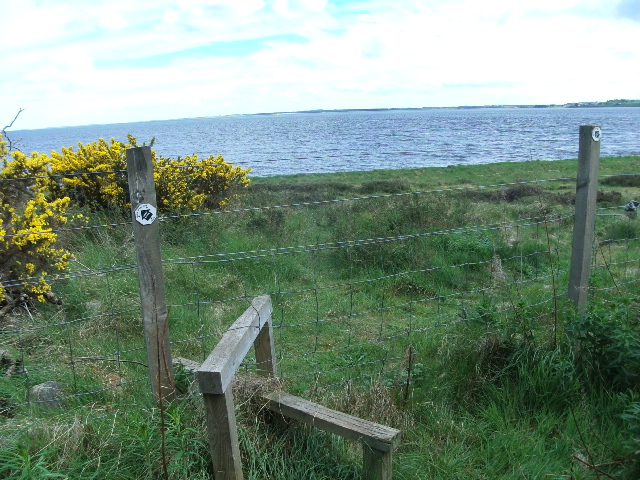 At the end of the bridge, it was down a short steep embankment to this stile with a path then continuing along the shore and through the gorse View back up to the bridge Despite being close to the A9, this was a lovely part of the walk, a nice grassy track by the sea, then heading more inland through the gorse which was in full bloom. A couple of km of road walking came after that, but a quiet road, only a handful of cars passed me in total on my 2 stints along it The route through Camore Woods was very pleasant too. Lots of butterflies today, more than I've seen anywhere in years. Info signs about the ancient settlements The prehistoric standing stone where the Dornoch Dragon was allegedly slain (!). I turned round to head back not long after this, though only because I'd done a good walk around Dornoch recently and will no doubt be back again.


Grantown to Ballindalloch, last bit of the main Speyside Way

Ring of Steall - Day 2 in Lochaber

Navigating the far end of Strathfarrar

A windy one on Creag a' Chliabhain again