I left the house as quickly as I could on Friday afternoon - after work - and managed to get to Annat at 19.00. 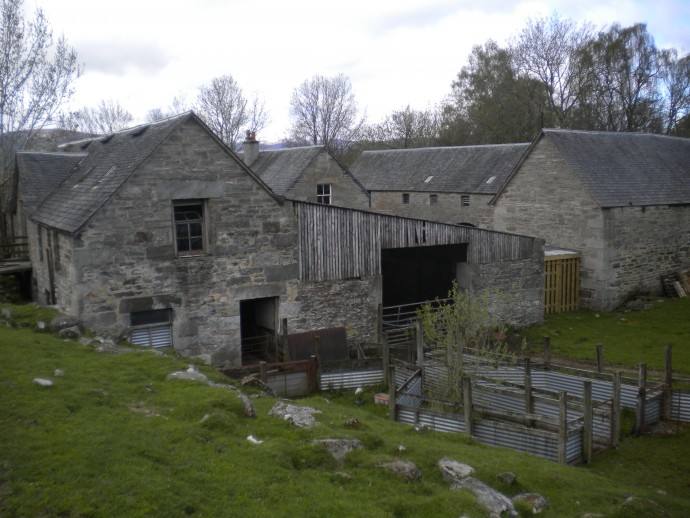 I had hoped to get there for 18.00 but oh well. It was a 2 and a quarter hours' walk in, before I reached Duinish bothy. I'd taken a tent with me too, just in case the bothy was full, or locked.
There was no-one there and the bothy was one of the best I've seen. I chose to sleep in the loft as heat rises and I thought it was the most-comfortable place to sleep. I was also mindful of the possibility of mice, so that was another good reason for sleeping up there. 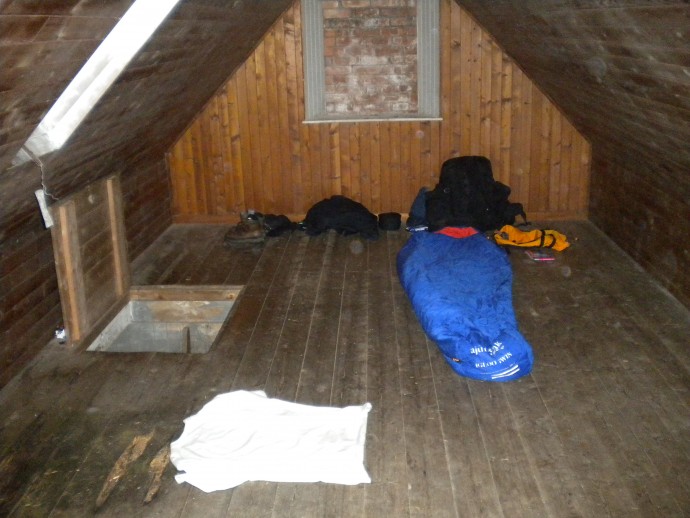 It was only-slightly cold that night but I was awoken in the morning to a strange noise at the front door. I thought someone was coming inside but it turned out to be a sheep that had entered the porch area and was probably trying to get itself out again.

I started Saturday's walk around 07.30, beginning with Beinn Mholach. It wasn't a bad climb on the way up but it got a little more-interesting as I was nearing the summit. There were more rocky outcrops etc To my surprise, I noticed someone reaching the summit about a minute before I got there. I hadn't expected to see anyone else out there. I said "Good morning" and we spoke for a little. Once we had parted, I set off for the next two subsidiary tops of Beinn Mholach. There was some descent and reascent to be had and then I had to come off Beinn Mholach and cross some peat moorland, in order to reach the base of Stob an Aonaich Mhoir. I was already tired by the time I got to the path at the base and there was someone who had just come off the hill. I was sitting on the track before he came along and said hi, on his bicycle. We spoke for a few minutes and he told me it was about a 30-minute climb to get to the top but the views were great. He wasn't wrong, either. I knew I'd be seeing Ben Alder etc but the view was breathtaking. Feeling really pleased that I'd seen that, I now had to get back to the bothy but this meant retracing my steps, for a short while, back up the moor. About 50 metres up, I then found the source of the Allt Feith Gharuiareagan and followed that all the way back down to the bothy. I hadn't expected to enjoy this part of the walk, so much. I probably expected it to be a chore, after having climbed the two Corbetts but it was the next-best highlight of the walk, after the summit view on Stob an Aonaich Mhoir. The reason for this is really just that the river is so pleasant and it's not difficult to walk along the banks.
I got back to the bothy around 17.00 but I was in no mood to walk the 2+ hours back to the car, so I decided to stay for a 2nd night in the bothy, before walking back to the car in the morning.
I think I'd like to finish this report by saying thank you to the Craiganour estate for allowing the public to make use of their fine bothy.

Location: Aberdeenshire
Interests: Walking up hills
Activity: Mountain Walker
Pub: None
Mountain: Mull was impressive
Gear: My compass?
Camera: Sony Cybershot DSC-HX50
Ideal day out: Ideally, I like a walk where I can take lots of photographs of interesting things.
Ambition: To keep my knees in tact