A photography trip to climb and wild camp on the summit of Sgurr an Fhidhleir (The Fiddler) in Coigach in the North West Highlands provided me with some special moments, some scary moments and the spectacular sight of the Aurora Borealis. 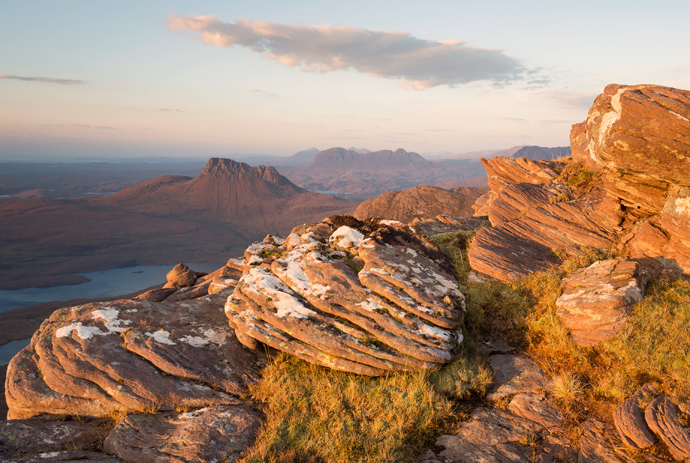 At 10am I packed up. That is to say, I spent 15 minutes wrestling to flatten the tent in the high winds and get it packed away, eventually I just stuffed it into its bag through sheer frustration. The walk off the mountain was (obviously) a lot easier and made even easier by the high wind which was now at my back. After 90 minutes I was back at the car. Another great adventure. You make your luck.
Click to mark this as a great report. Register or Login free to be able to rate and comment on reports (as well as access 1:25000 mapping).

Cul Mor - The Reason Why?