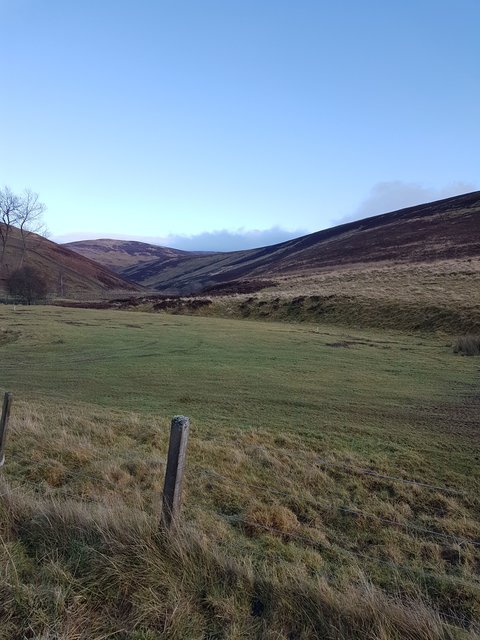 View from Blackhopebyers at the start

I decided on this walk for the shortest day of he year. Weather reports were variable but less rain and better visibility were reported in the Borders so I headed for the Moorfoots hoping for hard ground and minimal mud.
I didn't follow the WH route but set off from the B709 at Blackhopebyers Farm. Parking was a bit tricky at the side of a narrow road but I managed to sqeeze in besidw the gate to the grassy track heading up to the right on a long traverse up to Glentress Rig. Then the track veered left to the east and kept going generally east over increasingly boggy ground with peat hags later. I managed by walking on the edge of the track on the heather or tussocky grass. Higher up the track passes a line of grouse butts and comes close to the fence. Don't cross the fence, stay to the right till at the summit when you see the trig near a fence junction.
This is said to be a lovely viewpoint but not much to see with low cloud. Very peaceful.
I then followed the fence, keeping to the left in a south west direction, through a gate and on to the summit of Bareback Knowe where there is a fine cairn. Again no views unfortunately.
I continued to follow the fence till I reached another fence coming in from he left when I crossed over and turned south west to follow a clear atv track to the right of this fence.
The descent was quick again a bit muddy but views opened up below the cloud. I considered Whitehope Law across the road as I walked down and planned my route.
I followed the fence down to a gate then veered right along another faint track nest to another fence which almostcreached the road. The last 100 M or so was on tussocky grass then 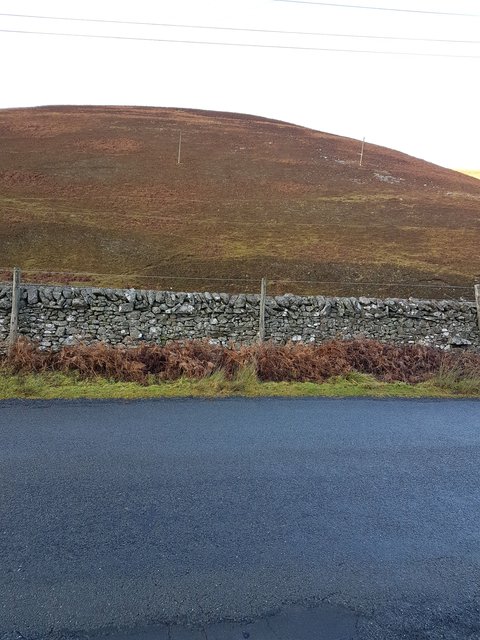 Whitehope Law across the road

a track to the road at Glentress Cottage.
I crossed over and walked south for about 200m then entered the field via a gate. I walked to a bridge over Glentress Water but changed my mind about Whitehope Law as I was short of time so I returned to the road and walked back to my car. I will definitely be back.
On the way back a local farmer stopped to say he had been concerned about my car and where it was parked. He said if I was ever back in the area I could park in the field beside the start of the walk.
A wonderful walk. No others on the hills. Perfect peace.
Click to mark this as a great report. Register or Login free to be able to rate and comment on reports (as well as access 1:25000 mapping).

Corserine and ridge walk along Rhinns of Kells

2 munros and a corbett from near Rannoch Station

Winter walking in May: Sgurr a' Mhaoraich

Beinn Fhada in the sun and wind

The Brack and Cnoc Coinnich on a sunny spring day