Friday morning we get off the Sleeper train and start the walk to the Loch Ossian Youth Hostel. Following a snow-less winter start storm Ciara brought in loads of fresh snow and a promise of a quality winter weekend. However, storm Dennis was here to make life slightly more difficult. Thankfully the tracks have been cleared of snow making the walk to the hostel pleasant while carrying food (and drink) supplies for a long weekend. Upon arrival at the youth hostel we're greeted by the new (winter) manager Tom, who has been overall very helpful during the stay. We dropped our extra supplies and headed off to Beinn na Lap. Having done the Ossian/Ben Alder munros in summer it seemed like an ideal hill to start off winter with, considering storm Dennis was about to come in play.
Despite the MWIS's 80 mph gale force wind on the WH, the lower tops of the Ossian Munros had a more forgiving gust of 60 mph forecasted!

We set-off in a party of 2 as we diverted from the slushy track onto the snow-covered slopes to get into instant snow-drifts and at-times waist-deep soft snow and bogs. Despite the forecasted heavy rain, the total rainfall didn't exceed an hour at the start.
About 600m up, still through deep soft snow, the wind clears up the cloudy weather where we could actually see views, with the prominent Corbett Leum Uillem being the first thing spotted Glimpses of sunshine as well as a short clear window toward Glen Nevis, the Mamores and the Grey Corries allows some views before the wind picks up at the summit. At times the views were clear all the way to Ben Alder, the black water reservoir and Loch Rannoch. 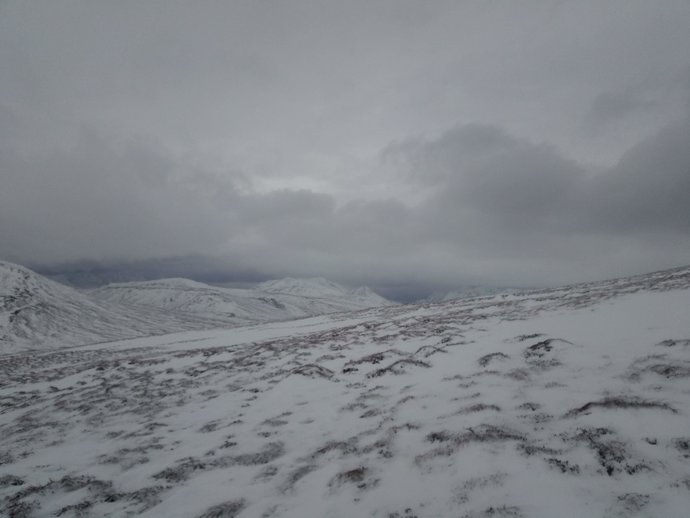 Glen Nevis and the Mamores 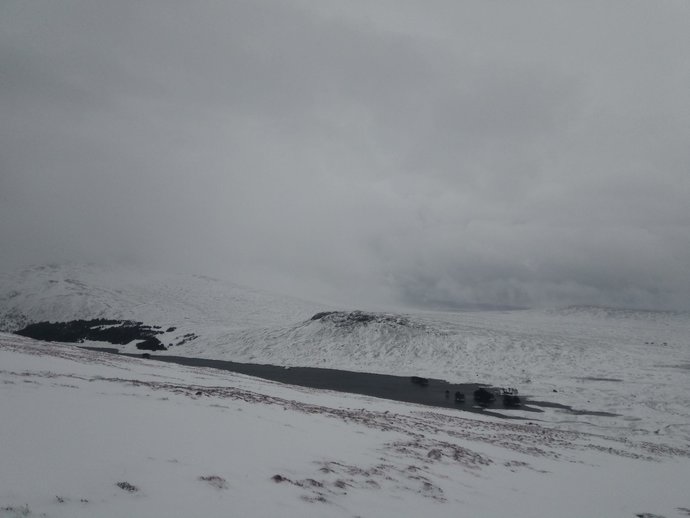 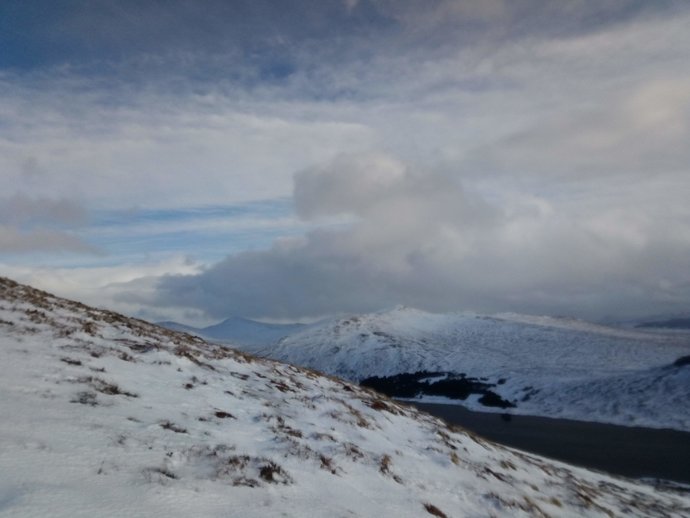 We dug a shelter behind the summit cairn to get some warm drink and additional over-mittens and down jackets before starting the descent. We put on crampons for reassurance on the steeper almost-corniced slopes south east of Beinn na Lap's summit before opting to descent the same way we came in. 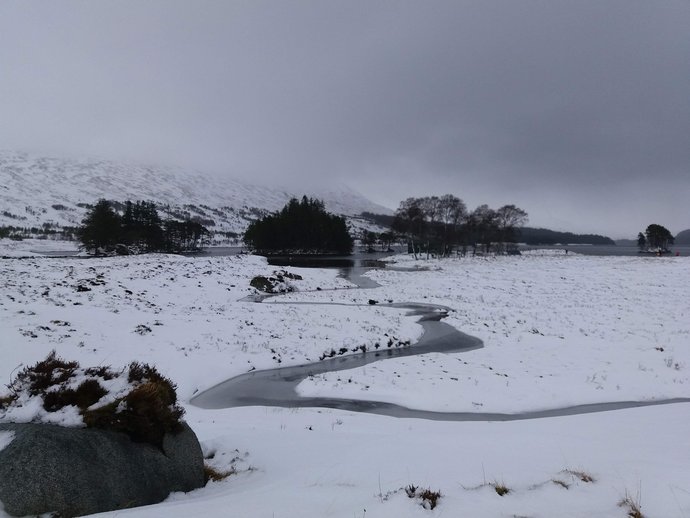 Semi-frozen stream on the track to the Loch Ossian Hostel Mahmoud
Southampton University Hillwalking Club
Click to mark this as a great report. Register or Login free to be able to rate and comment on reports (as well as access 1:25000 mapping).