Mark had been gnawing away at various hill lists for quite a few years, and had realised that he was on track to do the 'full house' (Munros, Corbetts, Grahams, Donalds, Munro Tops and Furths - 1124 summits!). Ben Cleuch would see the end of his Graham and Donald round concurrently, and also the 'full house' as it turned out. This had been postponed from 2020 but it looked like he had a clear run at it this time (having to go up all of those other pesky hills before your 'last' one can mess up plans a bit

Initially I thought Jackie might be able to join us as well. She might just have made it up here a year ago but not right now, and as it turns out she probably shouldn't have been doing anything in this league a year ago either

. So I decided to make a day of it rather than staying down in Glasgow, and was on the road for 7am. I had warned Mark I might be slightly late if I got delayed on the drive - in fact I was 30 minutes early - time I squandered going off to find a toilet before turning up at Mill Glen 2 minutes after the 10am starting time! There was no-one around and I had no idea how many others would be along - would it be 3 or 30?


our_route.gpx Open full screen  NB: Walkhighlands is not responsible for the accuracy of gpx files in users posts
I hoofed it quickly up the alternative approach for The Law, which misses out the bottom of Mill Glen, diverted this way by signposts. Turns out Mill Glen is still passable even if the signs discourage the route, and shortly before dropping down to cross the Gannel Burn, I caught up the large group I had spotted earlier below me at the Mill Glen viewpoint. This was my group, and it was definitely closer to 30 than 3 although I never did work out the exact number. 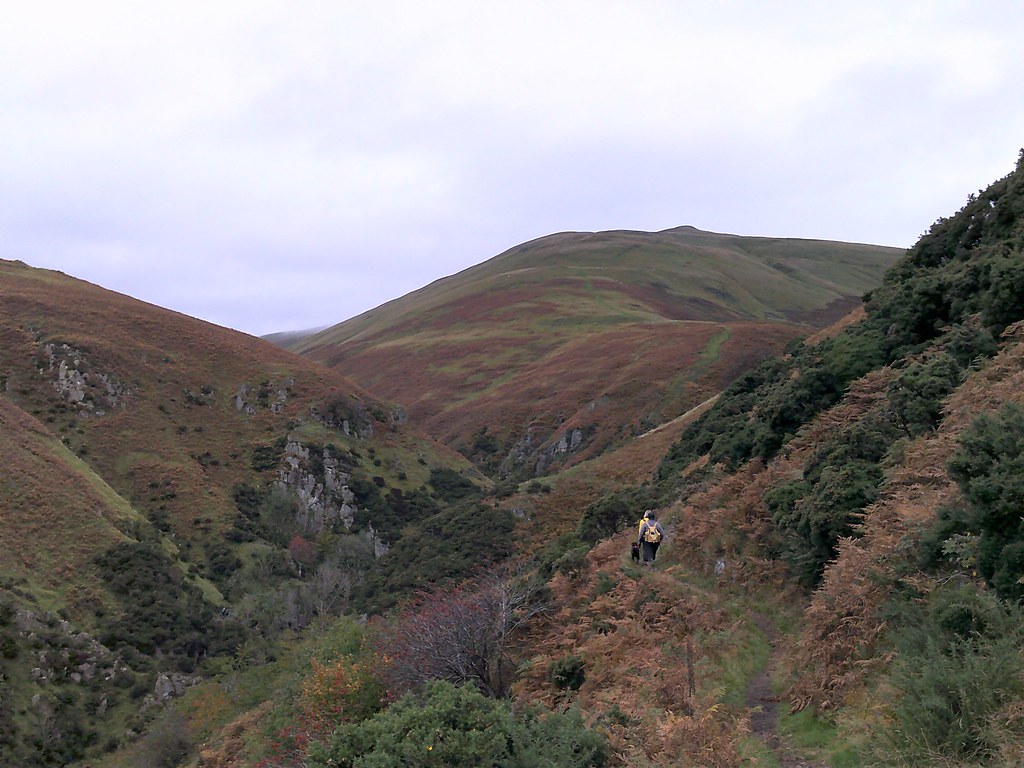 Heading up the Mill Glen 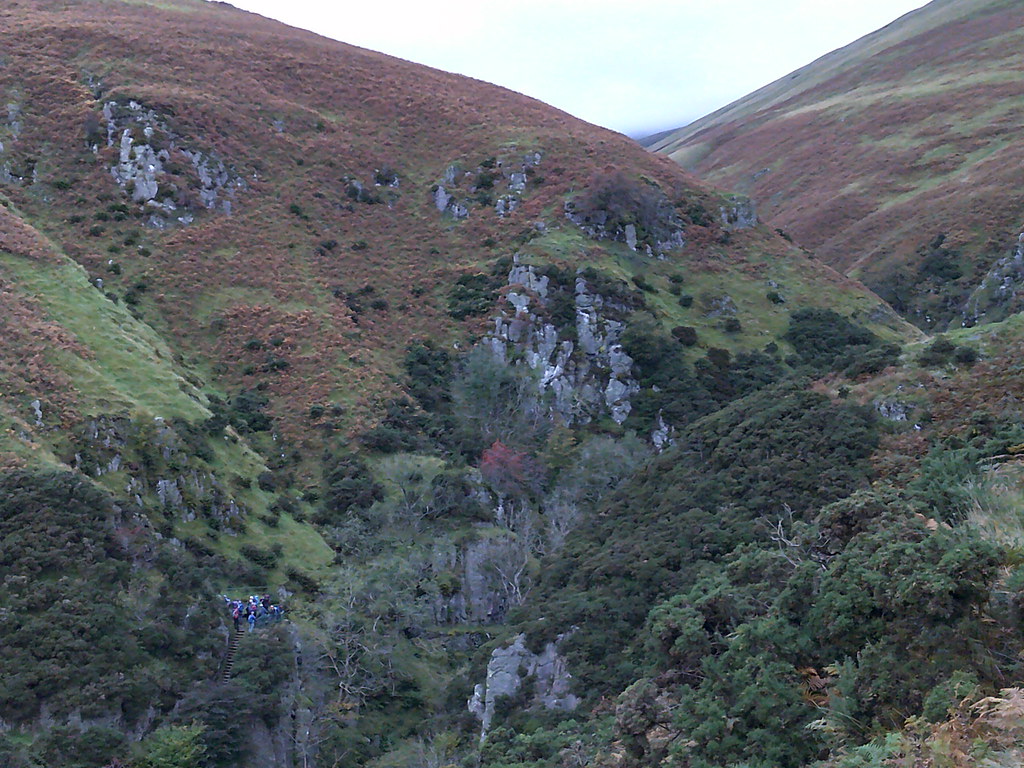 The rest of the group at the Mill Glen viewpoint

Once across the Gannel Burn, the ascent is on a good path but it is pretty relentless until you reach the top of The Law - this stretched the group out over a fair distance. I spent time talking to Mark, Anne and Rob, and accompanied Margaret (Sgurr) most of the way up - nice to catch up with people after so long. 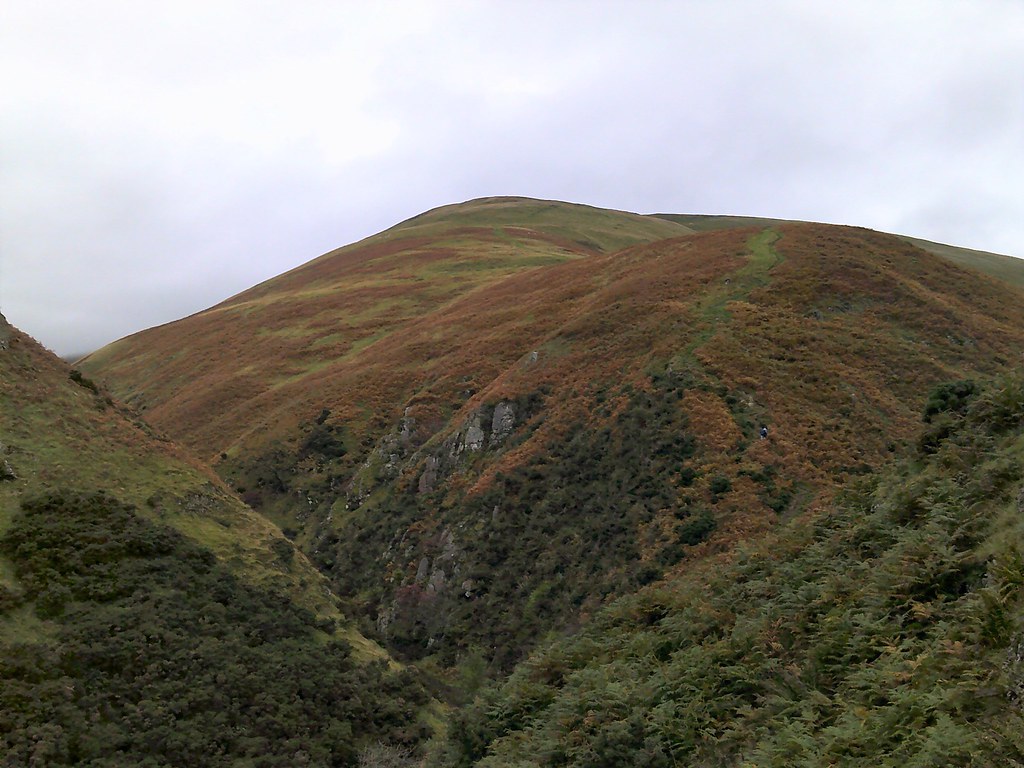 Heading for The Law 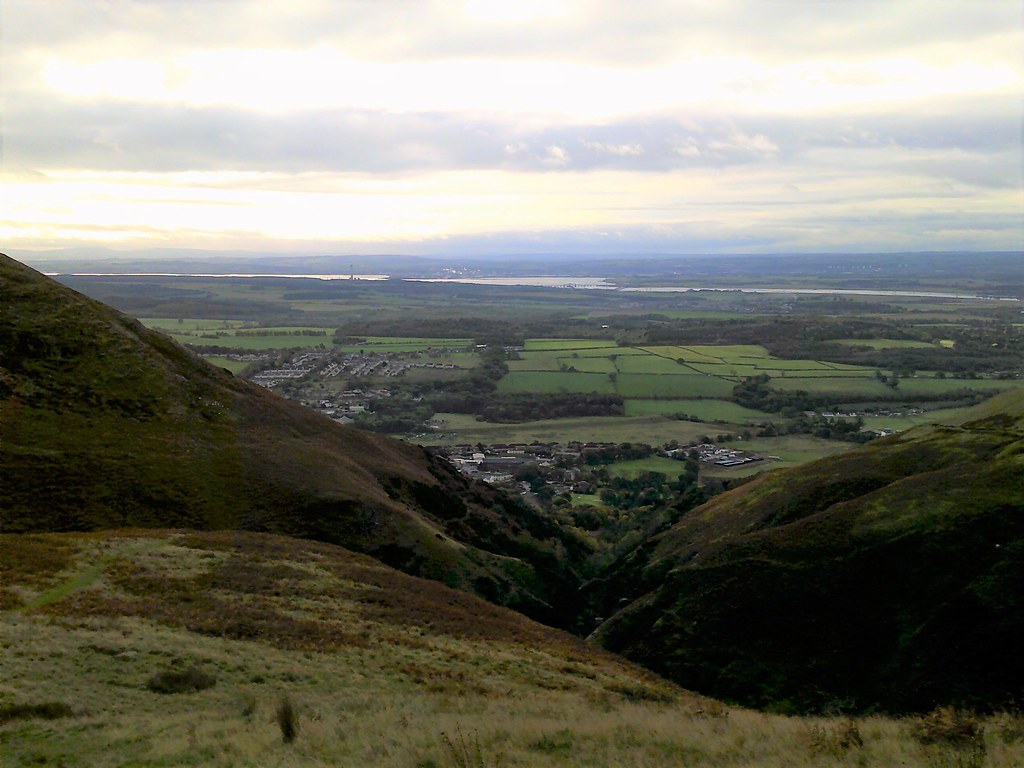 Looking back across lower Clackmannanshire to the Forth 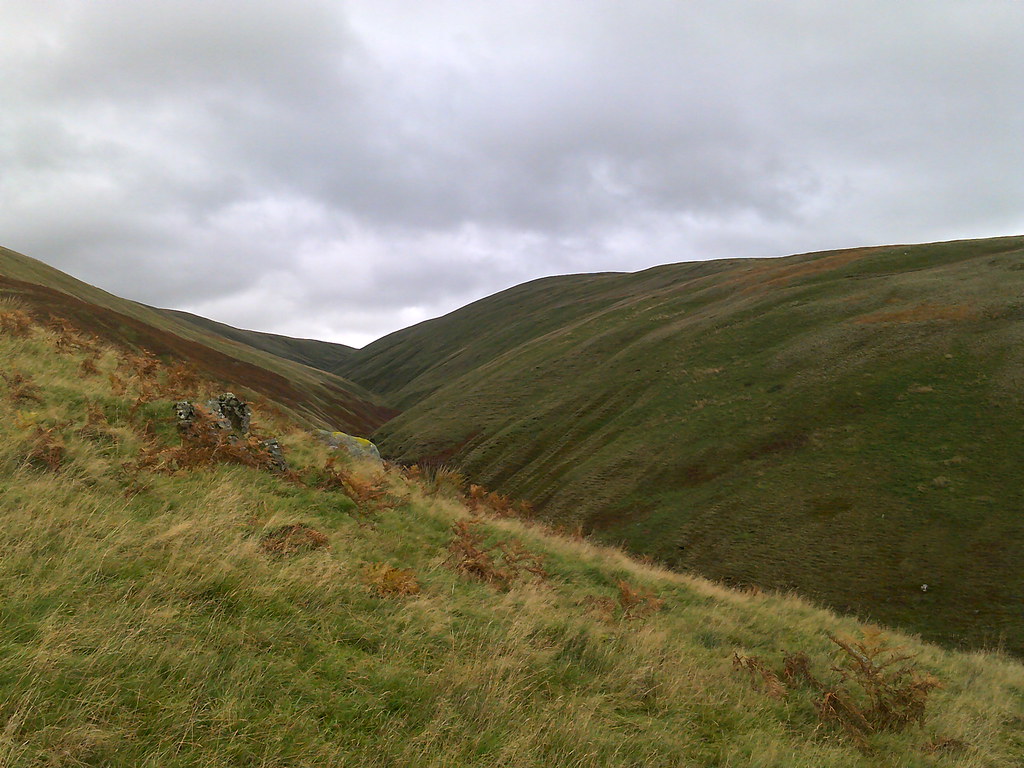 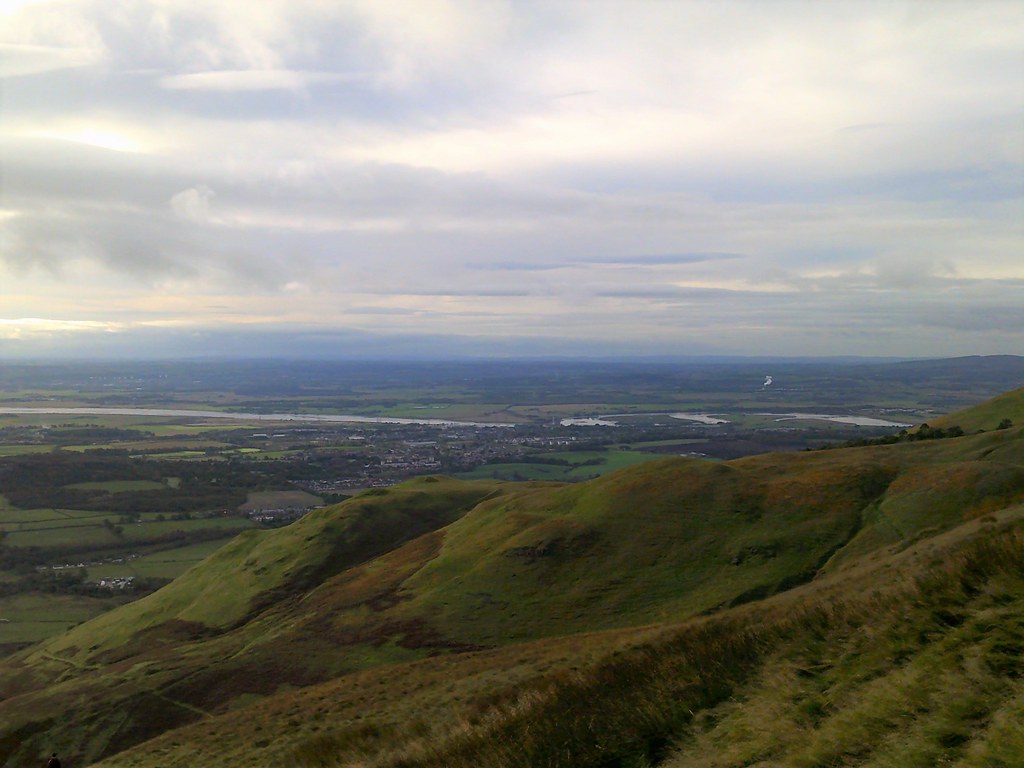 Alloa and the Forth 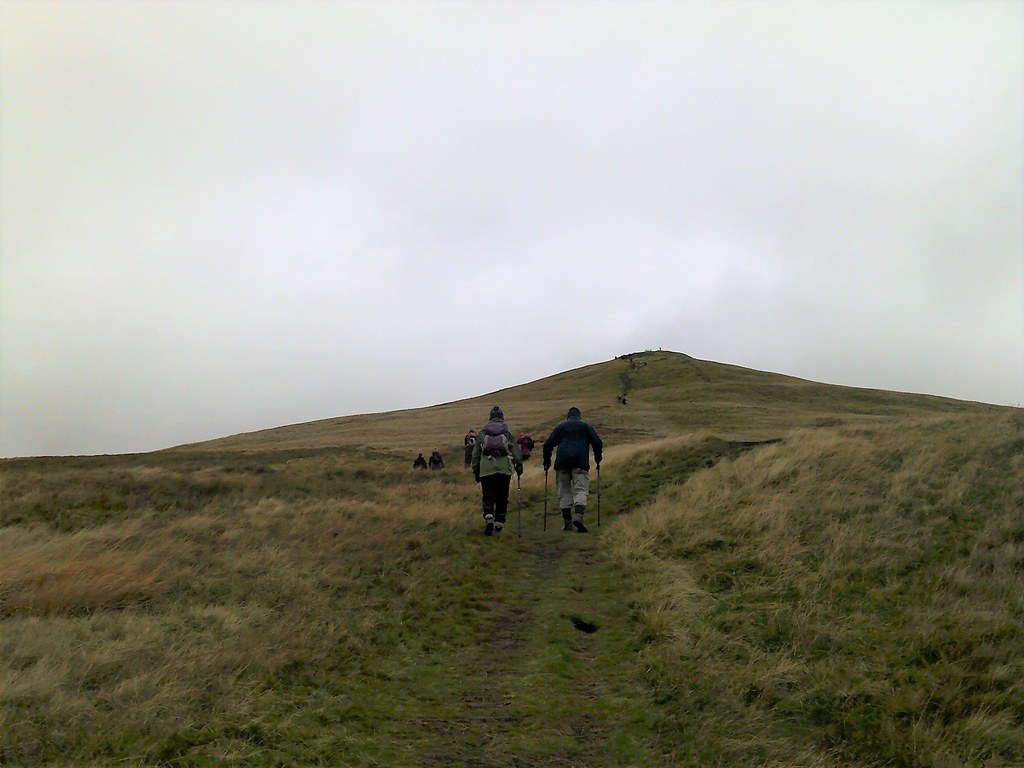 Steep pull up the Law 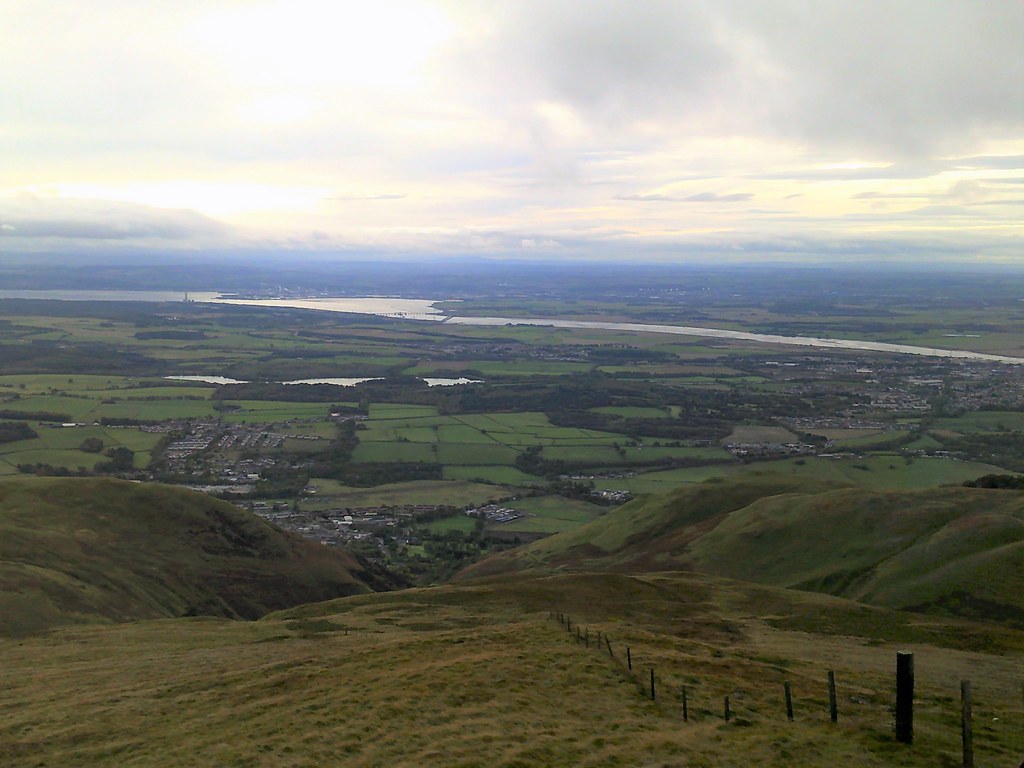 Back down the Law to Grangemouth 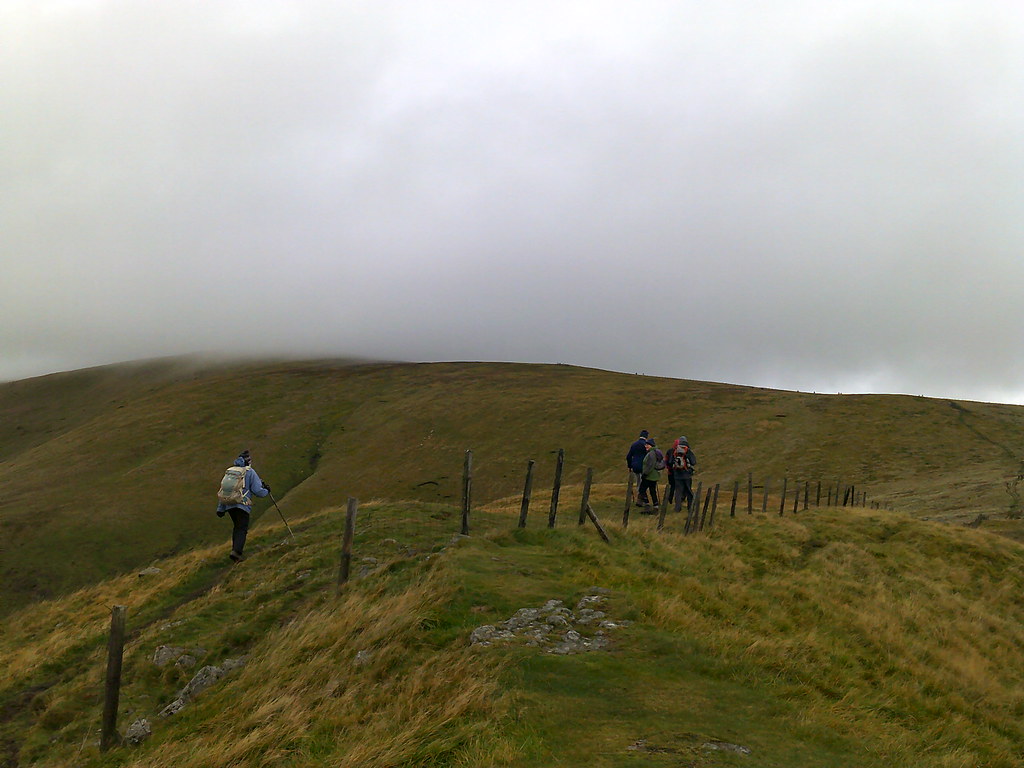 The route finally levels off 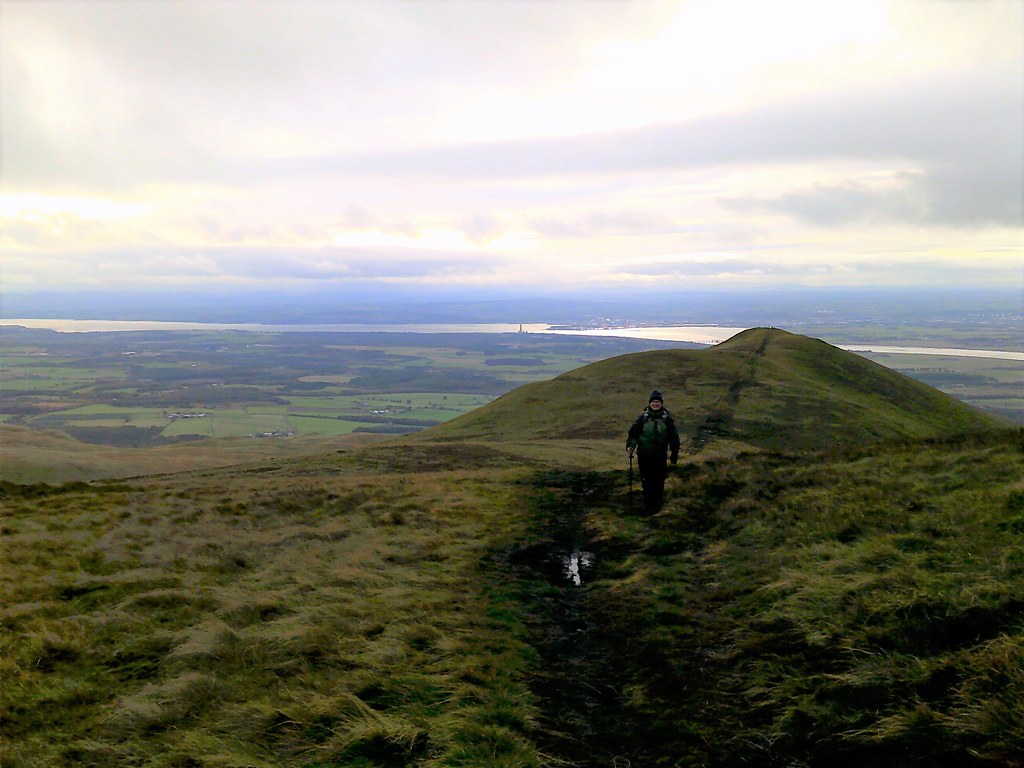 Looking back to the Law

You could almost call the weather reasonable - it hadn't rained since we started and the summit was clear. However the wind was really howling once we approached the top, and the cairn and shelter could only do a limited amount about that for a group of 20+. Still, it was my best visit of 3 to Ben Cleuch, and we enjoyed champagne and cake as we were blasted by the wind. 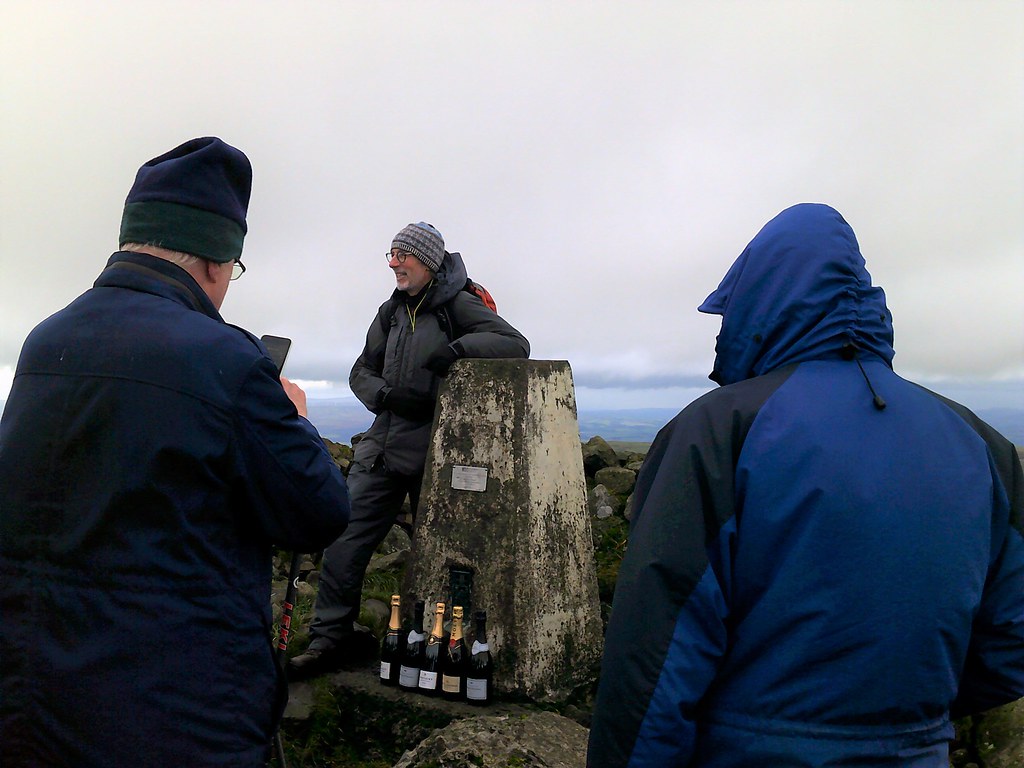 Mark has finally made it - nice Champagne collection!

An impressive feat, but Mark had the right attitude to it - just another day in the hills, with plenty more to come in the future. Most people opted to drop down via Ben Ever to try and get some shelter from the wind, while a few folk went back the same way. Having driven this far, I wanted to stretch the walk out a bit before going home, and decided that going east was the easiest way to do this. I had been over most of these summits before but never with anything you could call a view, so it was nice to have another crack at them. 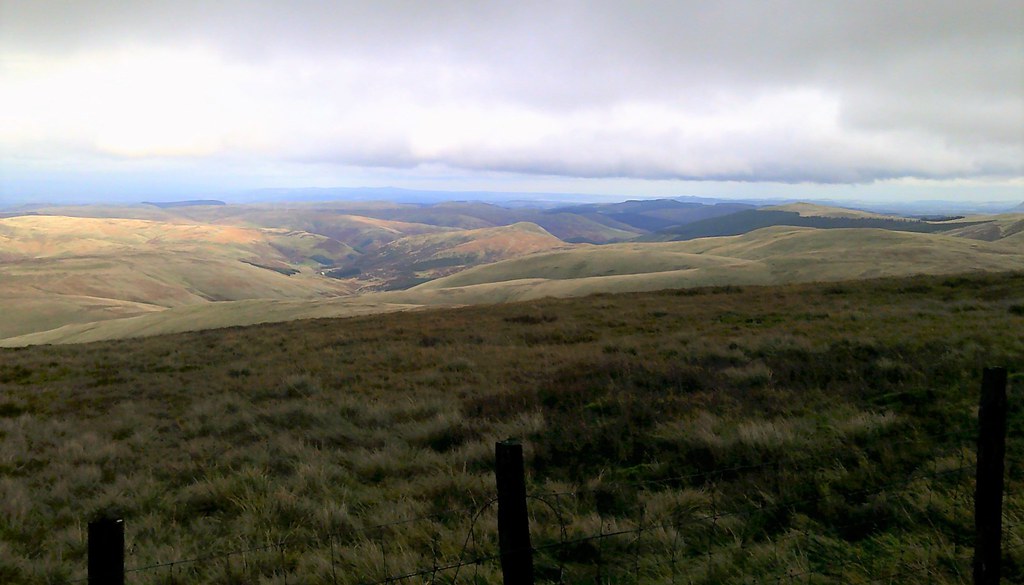 Heading off the way we had come up for a short distance, I soon branched off towards Andrew Gannel Hill and caught up with John, who had talked about going out this way too. While he was unsure how far east he was going, he was on a bit of a Donald bagging mission while I was more relaxed. So we had a good catch-up and walked together as far as Whitewhisp Hill. Innerdownie had sunshine on it at this point and was beckoning him onwards, while I was starting to think about turning around to get home at a sensible time for dinner. So I left John to it and retraced my steps back over Tarmangie Hill before heading to King's Seat Hill. I was glad to find that the wind had eased a bit since I was now walking into it. 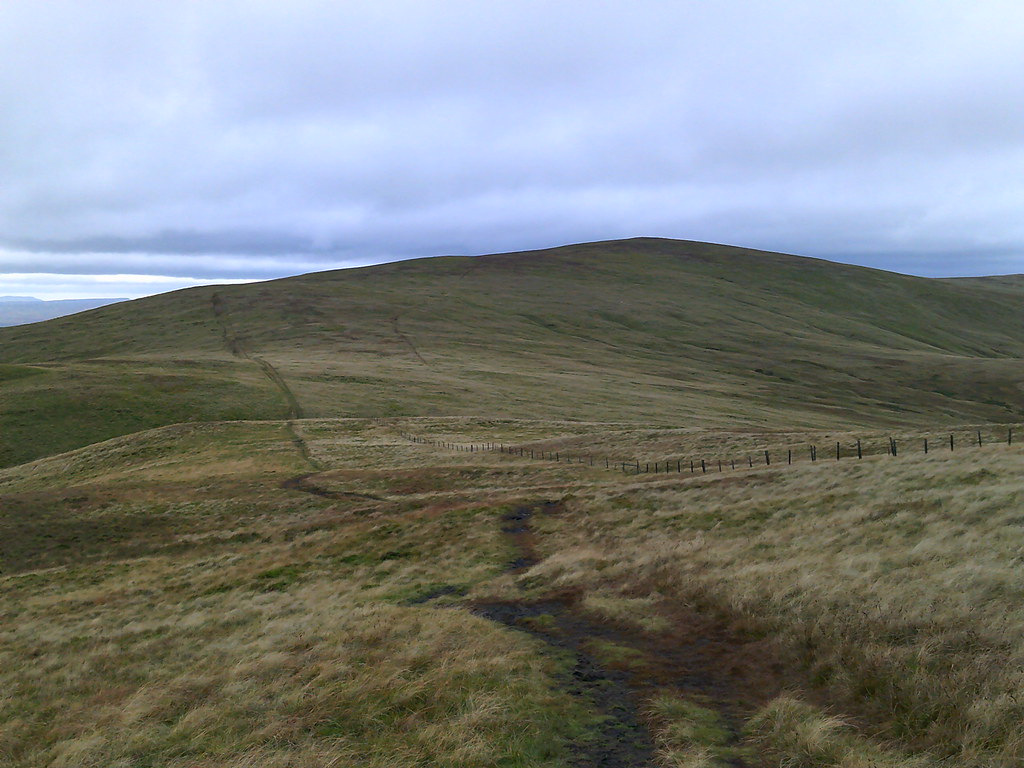 Looking back west to Ben Cleuch 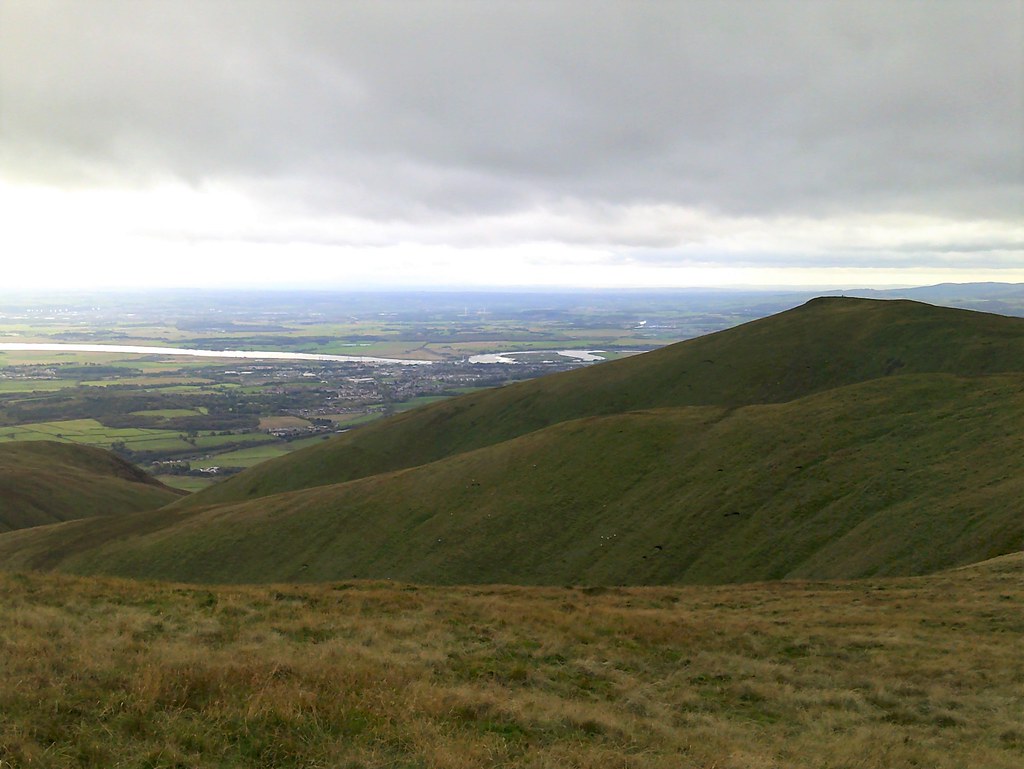 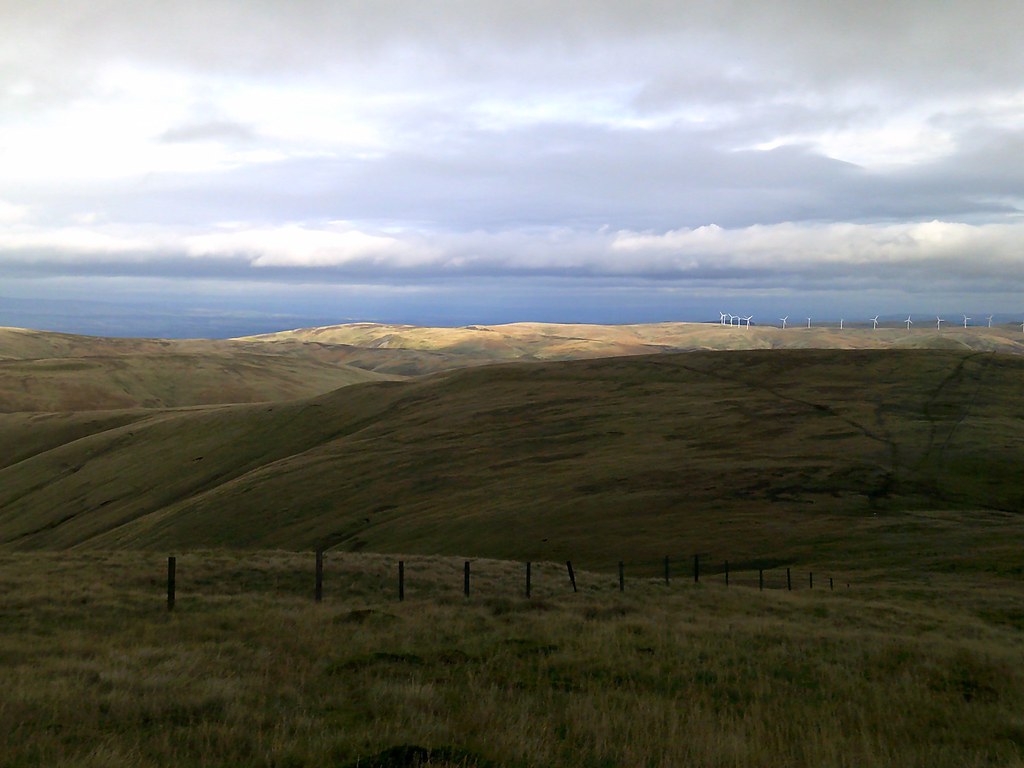 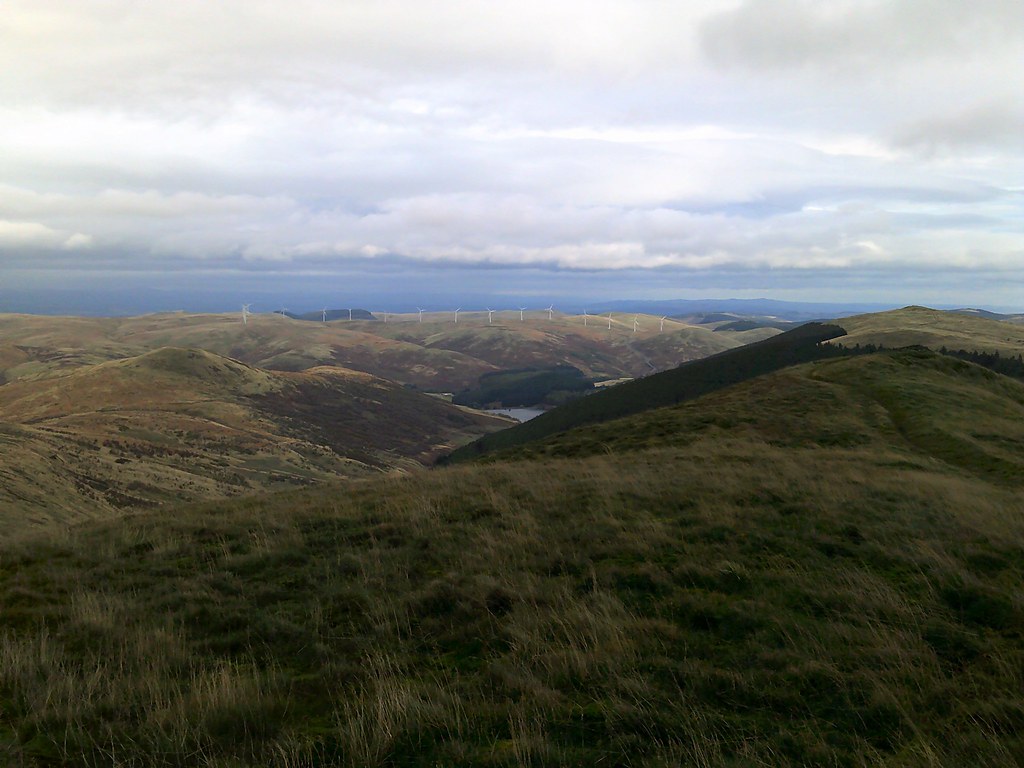 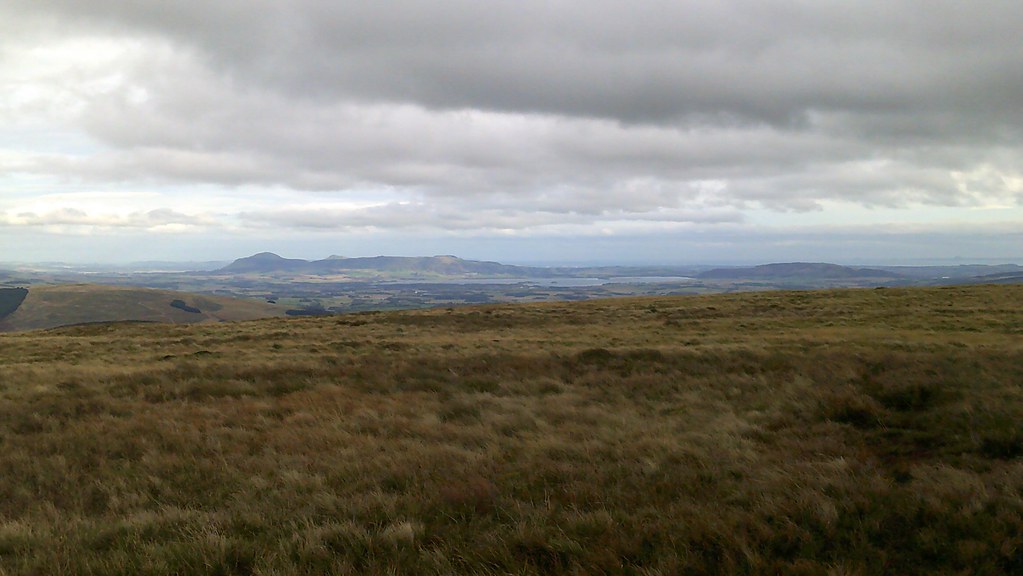 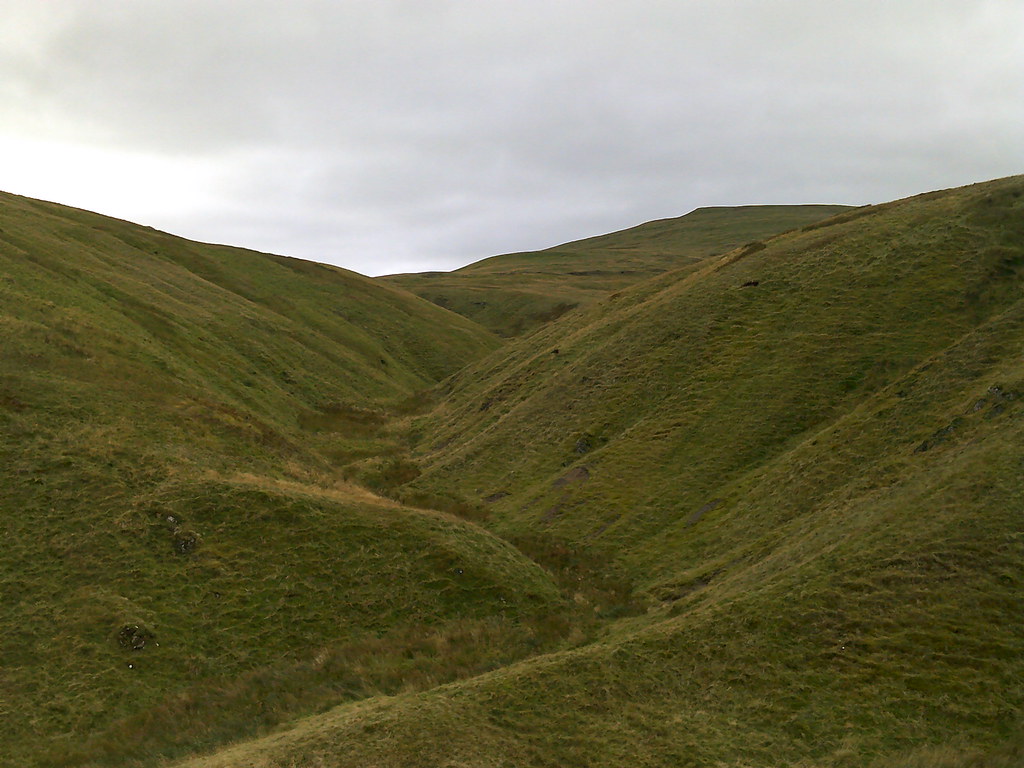 Top of the Glen of Sorrow 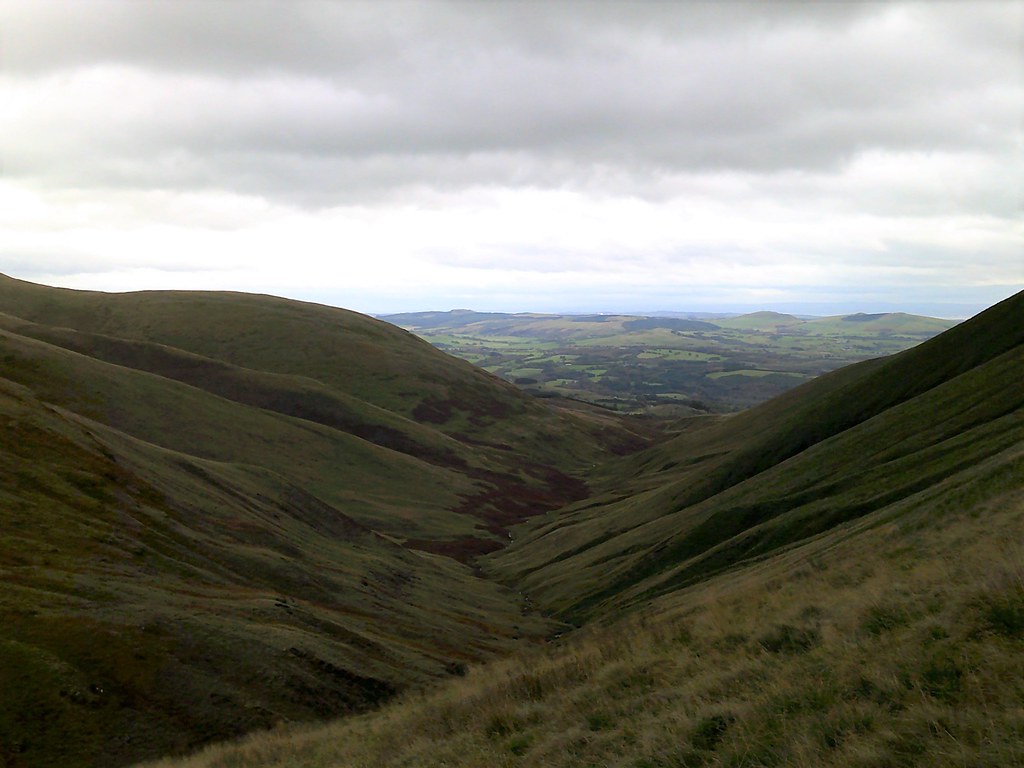 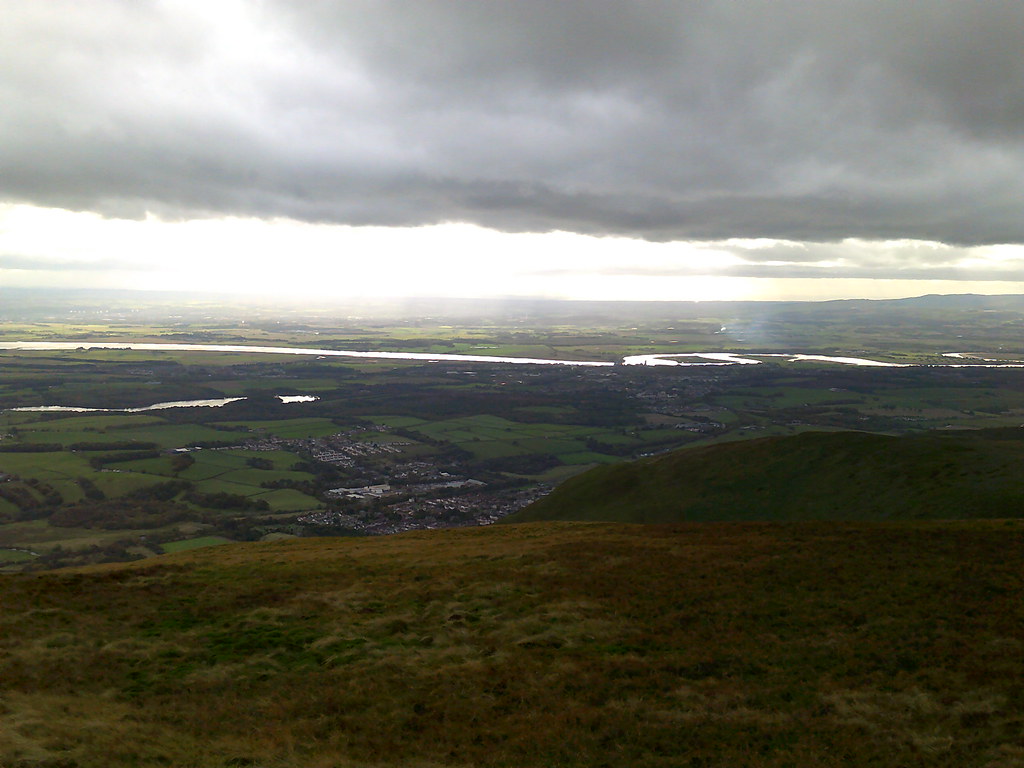 Not the perfect day for appreciating the Highlands, but there were great views out over Fife and the Forth, as well as to some rather nasty weather lurking further west. 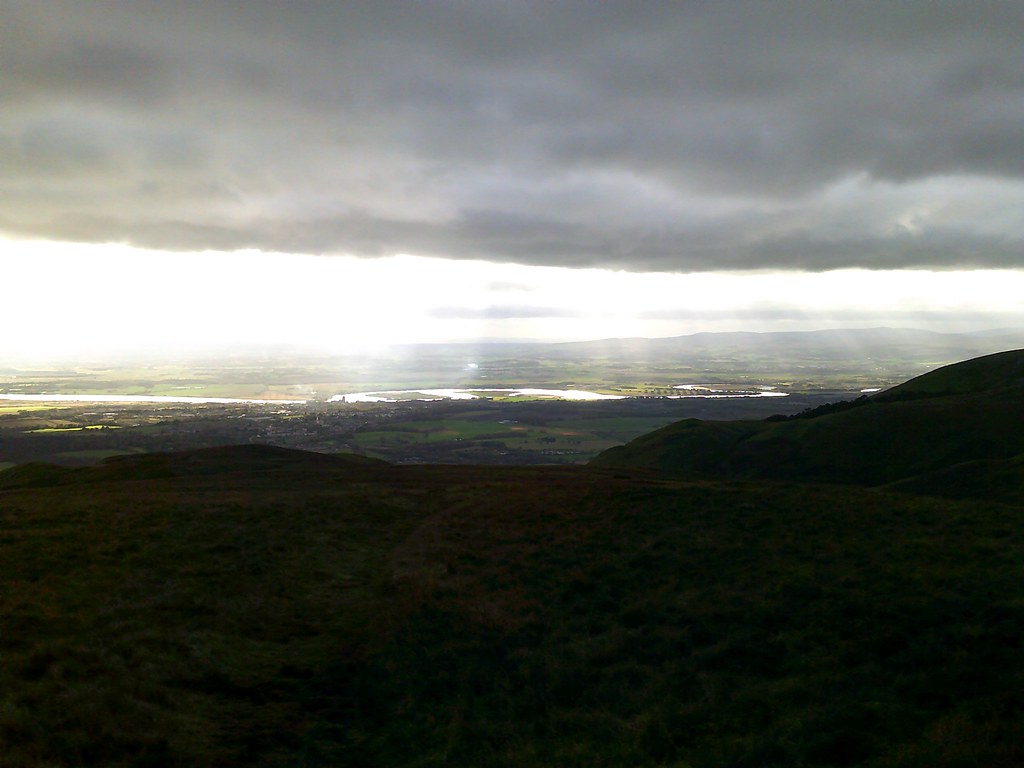 Alva and the Forth 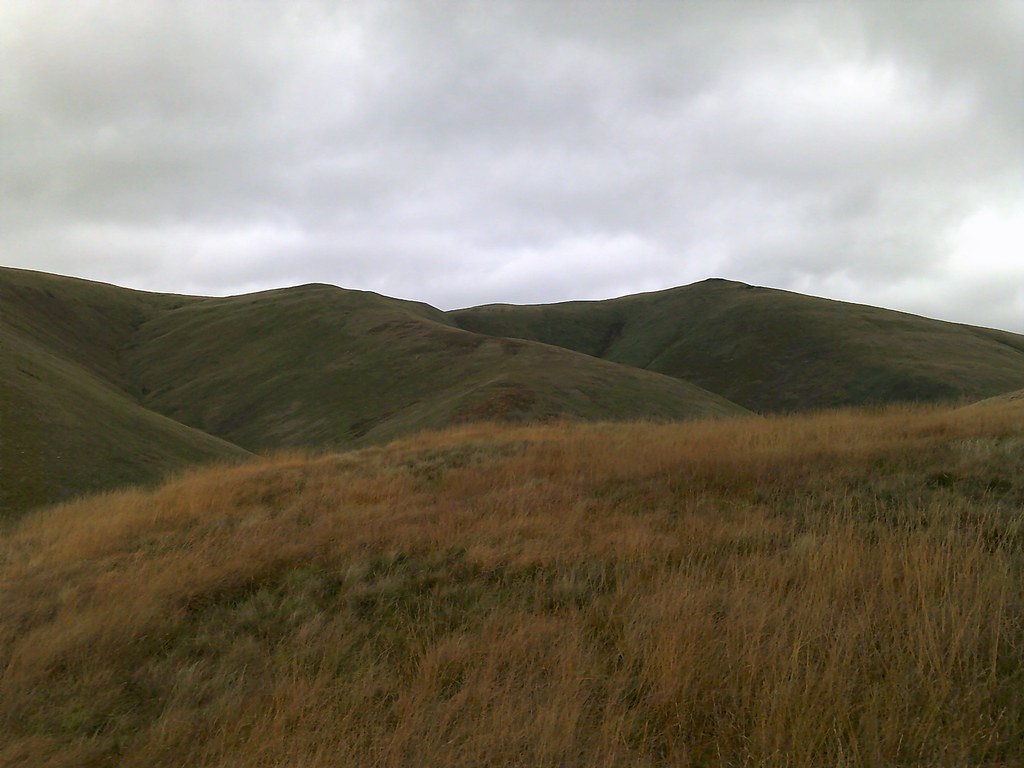 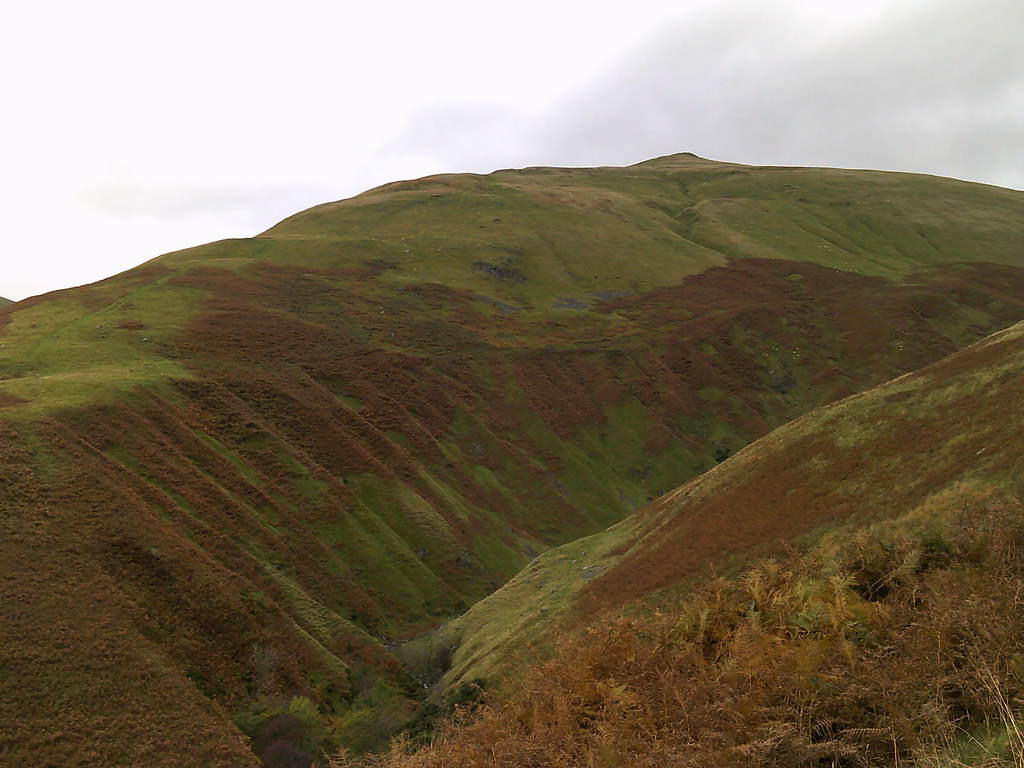 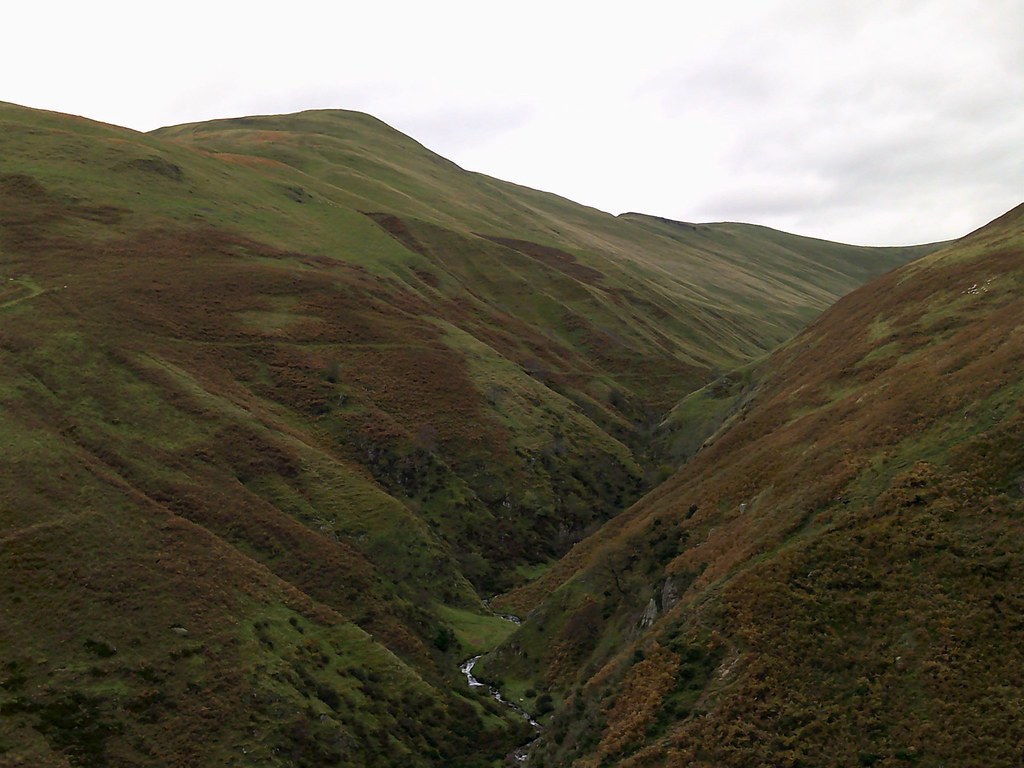 South ridge of Ben Ever 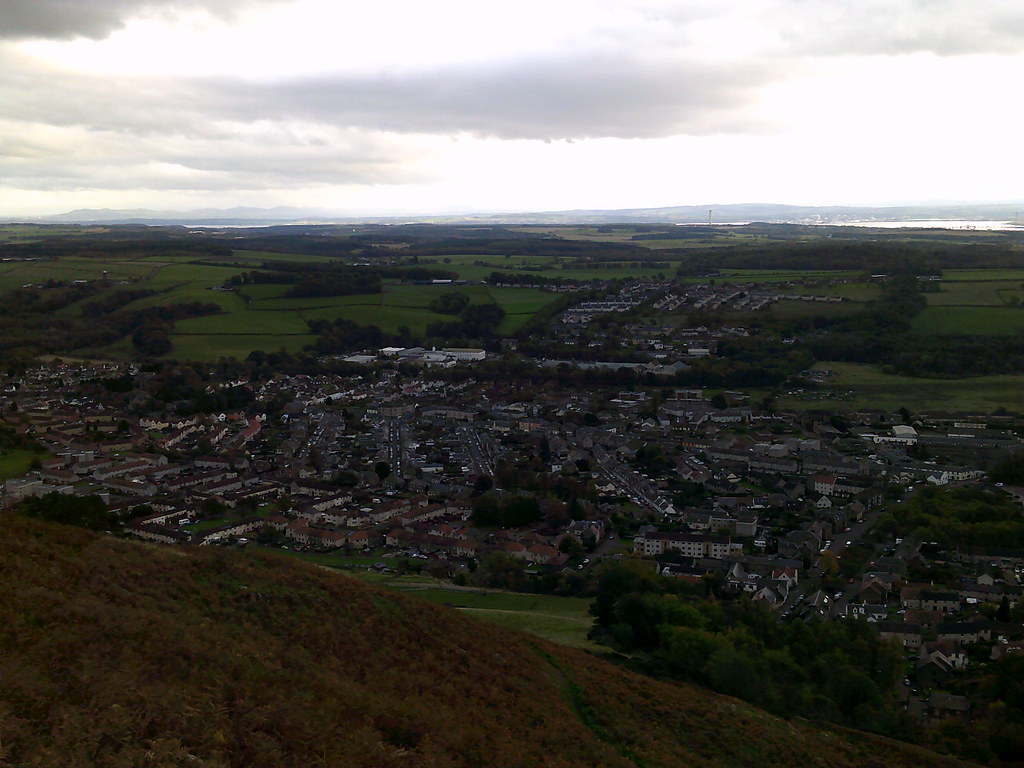 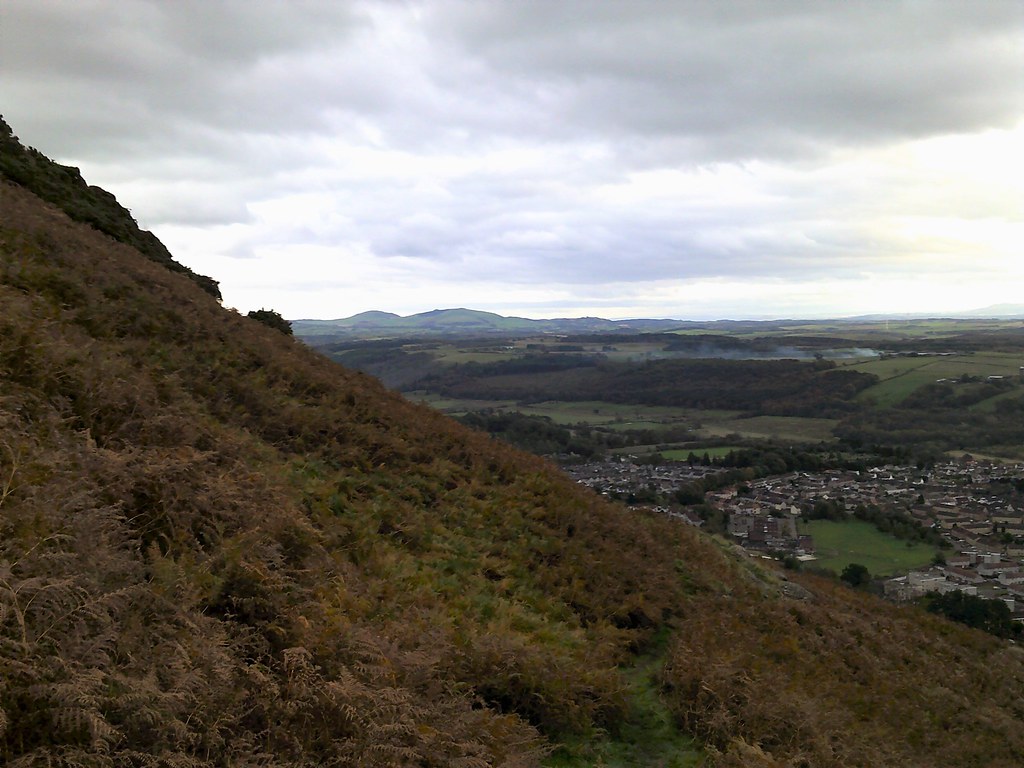 Dropping off King's Seat Hill, I eventually picked up my outward route and was back at the car by 4pm. There was an after-walk celebration in the Woolpack at the foot of the hill but I avoided this and headed home (we're still avoiding most indoor social stuff until Jackie is better). A nice day out on some different hills and really good to be able to catch up with people again


Squelching round the back of Ben Wyvis