I was working up at Loch Turret in the morning - the obvious thing to do would have been a circuit of Auchnafree Hill and Ben Chonzie. It looked like it would take a bit long though and thundery showers were due to move across the area mid-afternoon. So it was back to plan A (or B? I can't remember). 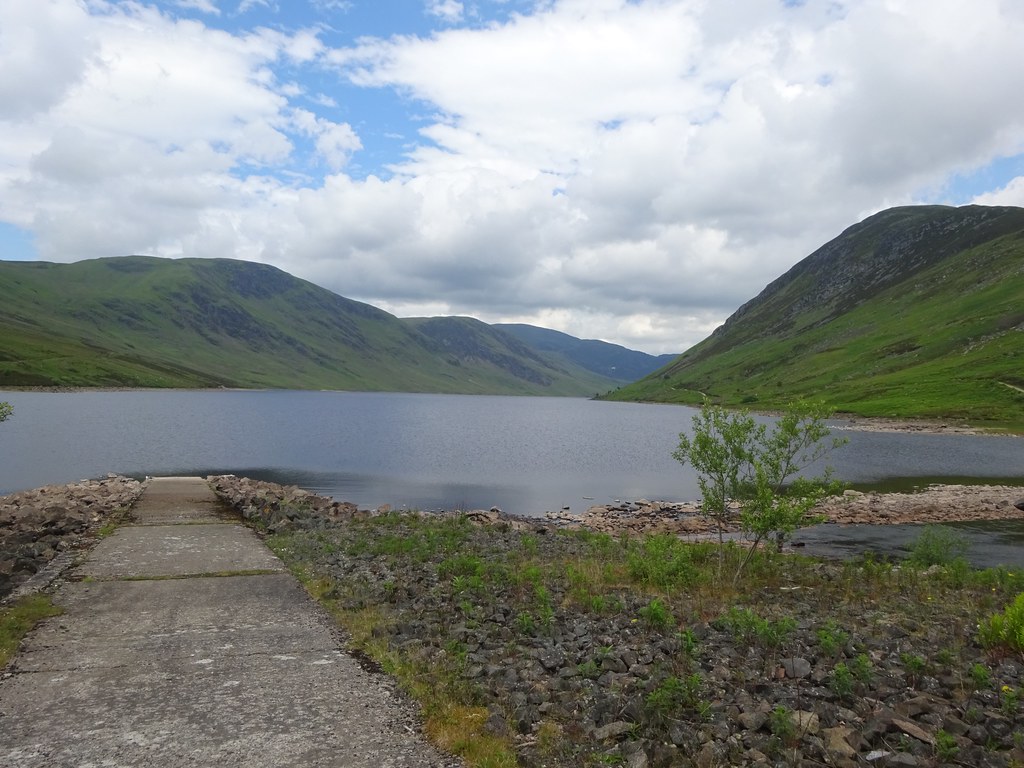 My go-to walk for the next time I was down the A9 from Inverness was going to be A' Bhuidheanach Bheag - another chance to pick off a Munro Top I had missed previously. Given that my Loch Turret circuit wasn't that practical, I decided that today would be the day for Glas Mheall Beag, Glas Mheall Mor and A' Bhuidheanach Bheag instead - shorter walk and the thundery showers weren't due to reach the Drumochter area until much later in the day.


our_route.gpx Open full screen  NB: Walkhighlands is not responsible for the accuracy of gpx files in users posts
By 2:30pm I was parked up at Dalnaspidal - a nice quiet respite from the A9. Unlike other walks I have done from here, the first thing I had to do was cross over the A9 - didn't take too long but with cars flying off the end of the dual carriageway it isn't the best crossing point. Looks like there is an underpass but I hadn't looked hard enough for it. The ascent onto Craig Chaorach was easy - initially under one of the large pylons then following grassy runs between the heather. It had been pretty dry recently but I don't think this route would be especially damp under more normal conditions. 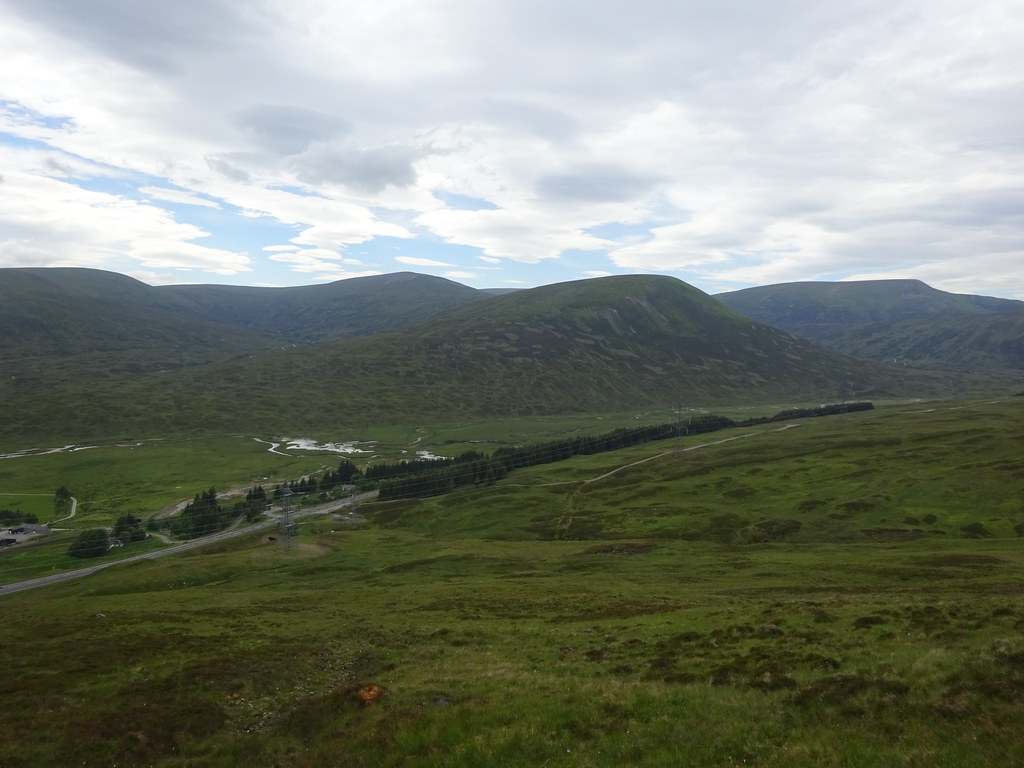 Sgairneach Mor and the Sow of Atholl

The steep ascent ended on Craig Chaorach and the vegetation thinned out too. I missed a cairn which might have had a good view SE down the A9 but the air was fairly hazy anyway, so probably very little missed today. 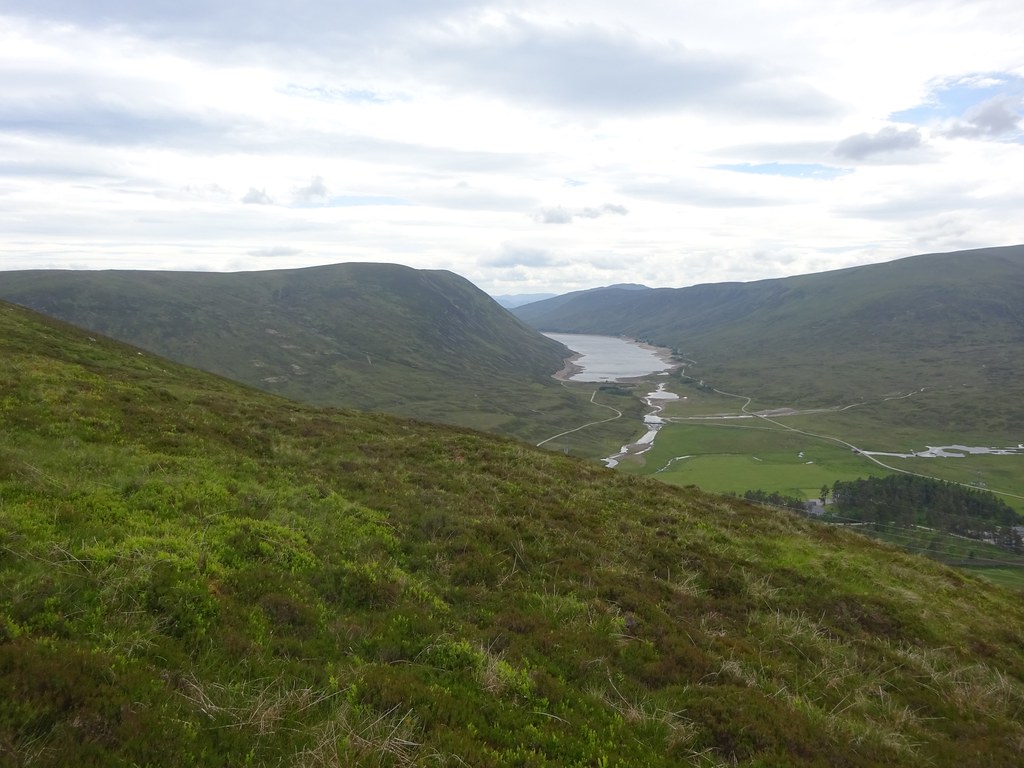 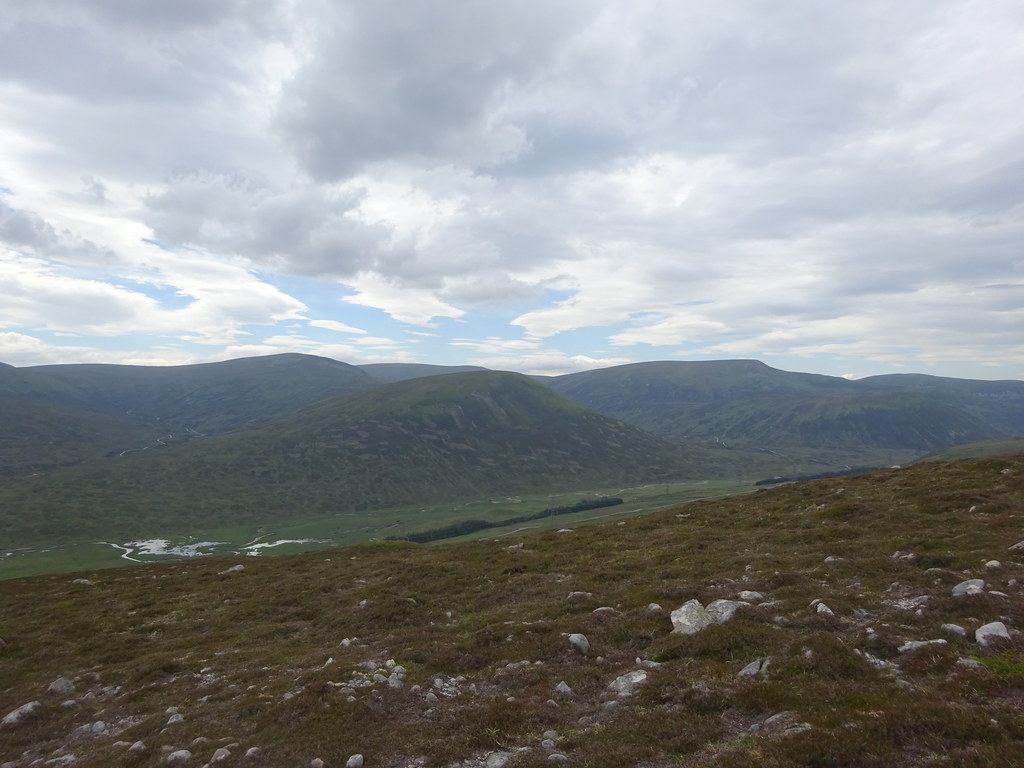 From here to Glas Mheall Beag there is a fair distance to cover but it is really straightforward walking - rising slightly on short heather with a faint path to guide the way. Glas Mheall Beag and Mor are in view for much of the walk, appearing much more shapely than the main summit of A' Bhuidheanach Bheag across the corrie. The higher Perthshire hills (Schiehallion, Glen Lyon summits and Ben Lawers) are all laid out to the SW. 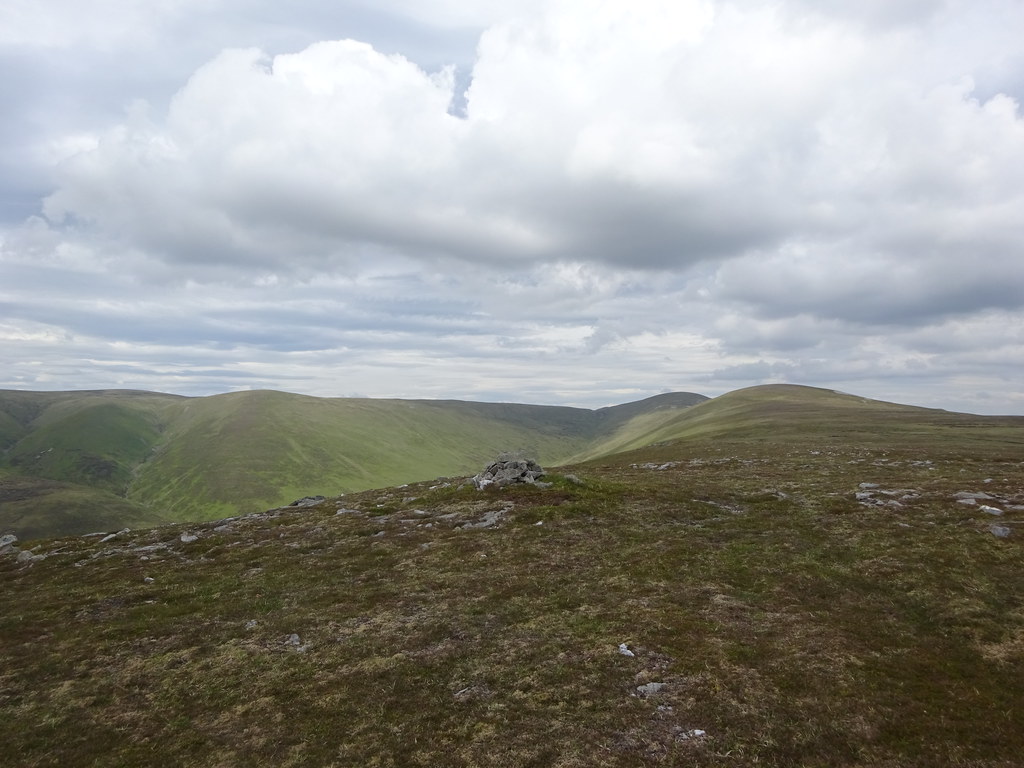 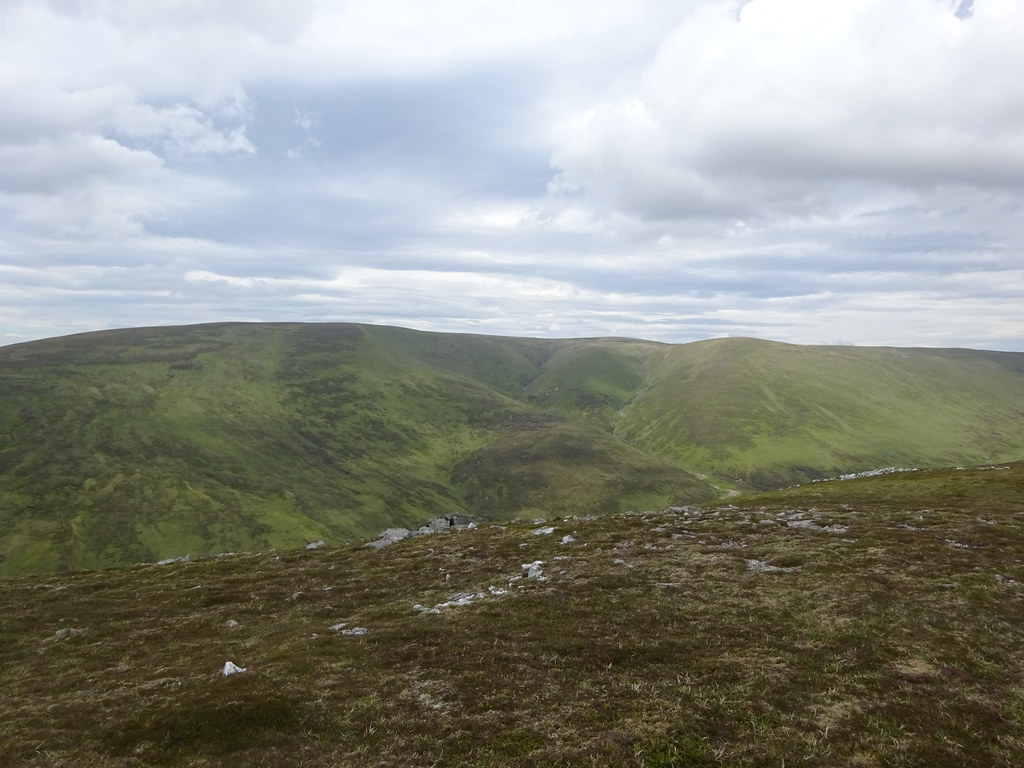 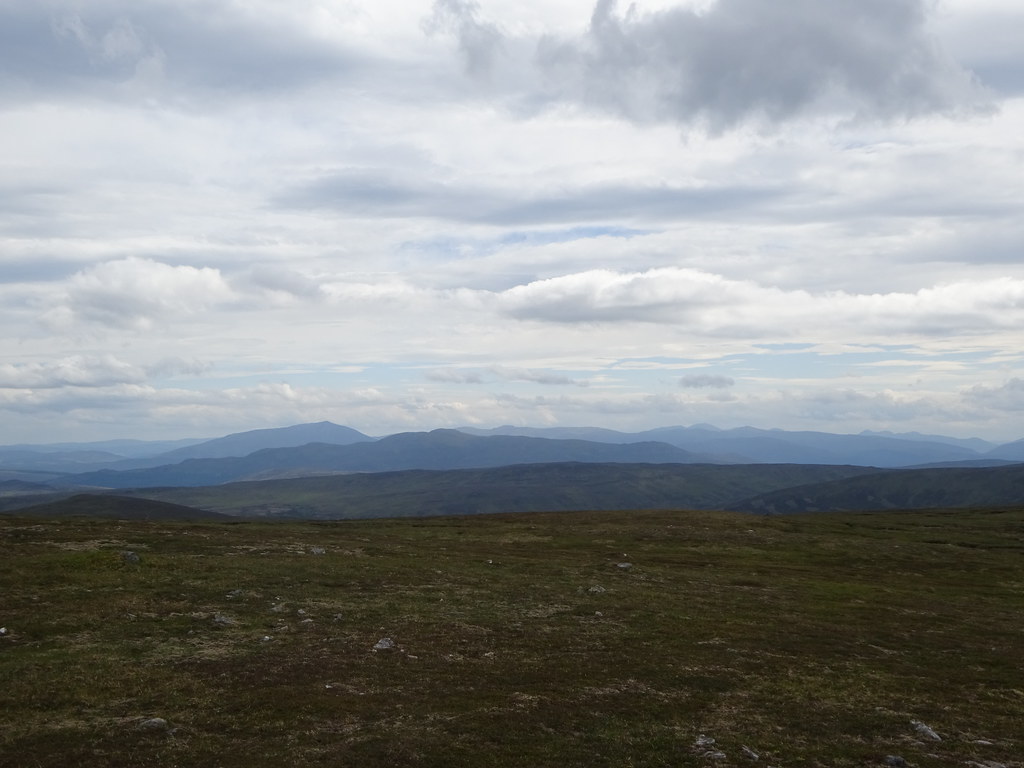 Shiehallion and the Lawers hills

There were a fair number of deer on the final cone of Glas Mheall Beag but they scattered before I could get too close. At the summit, the high Cairngorms became visible to the east, as well as tantalising glimpses of the big trench between An Dun and Maol Creag an Loch. The sun popped out for the first time since way back down the A9 so I decided to stop for a bit. I hadn't been dreading these hills at all but they don't keep you awake with excitement, and so far the pull of an additional top had been insufficient to persuade me down the road for a dedicated day out on them. However this was turning out to be very enjoyable - once you are some distance back from the A9 the constant noise fades away and the situation feels quite remote. 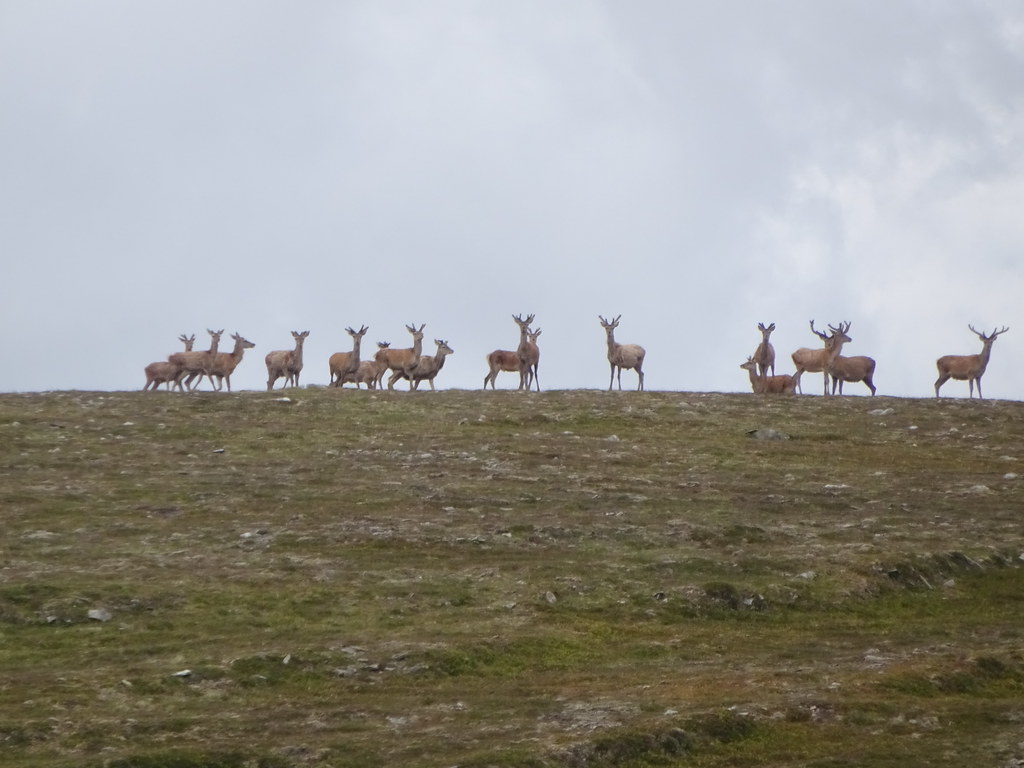 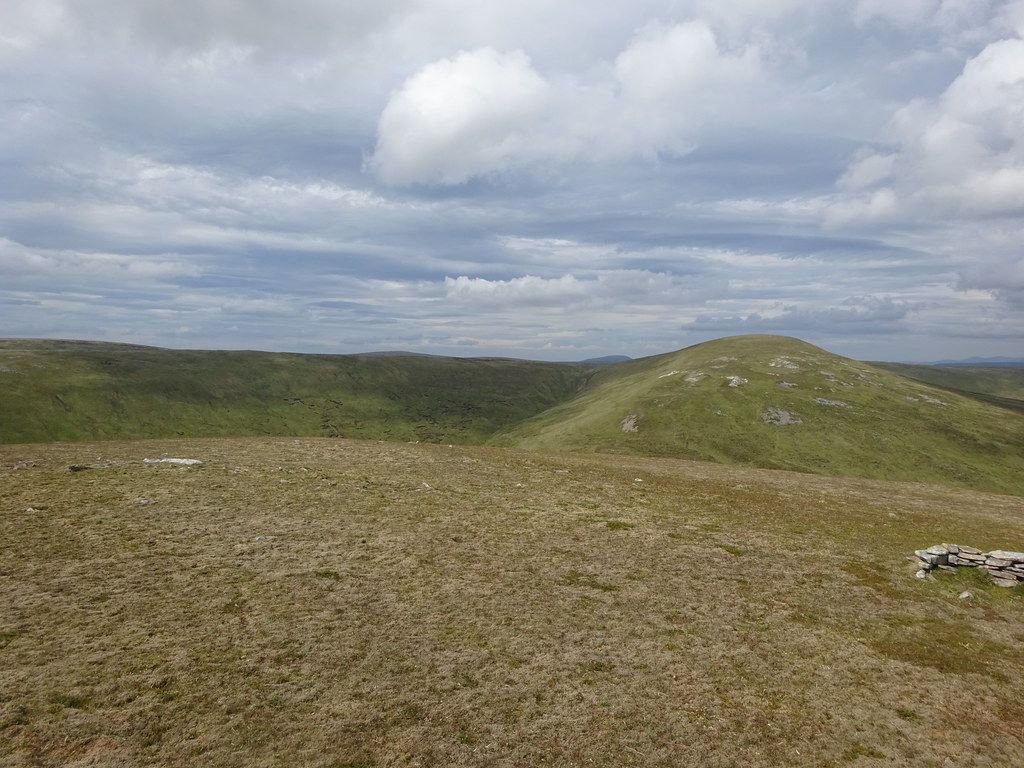 The continuation to Glas Mheall Mor was equally pleasant, the ridge being more prominent than many in the area. There was a small seam of quartz running through the hill that made for some interesting outcrops, and the summit of Glas Mheall Mor was well grazed by sheep for such a remote spot. 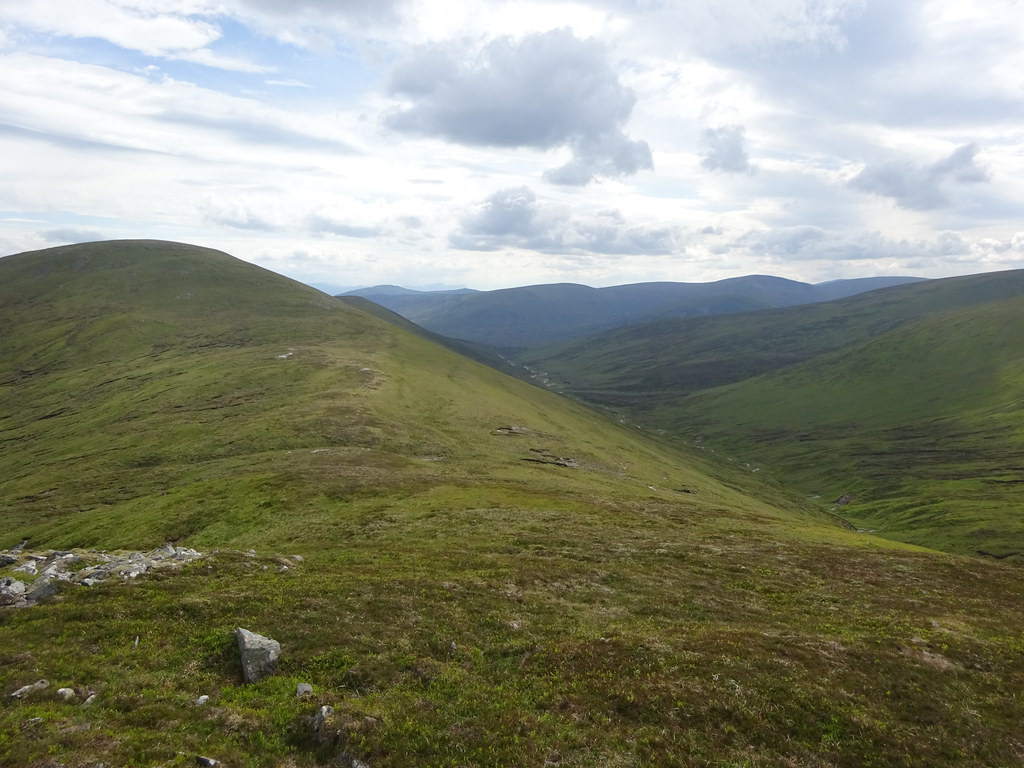 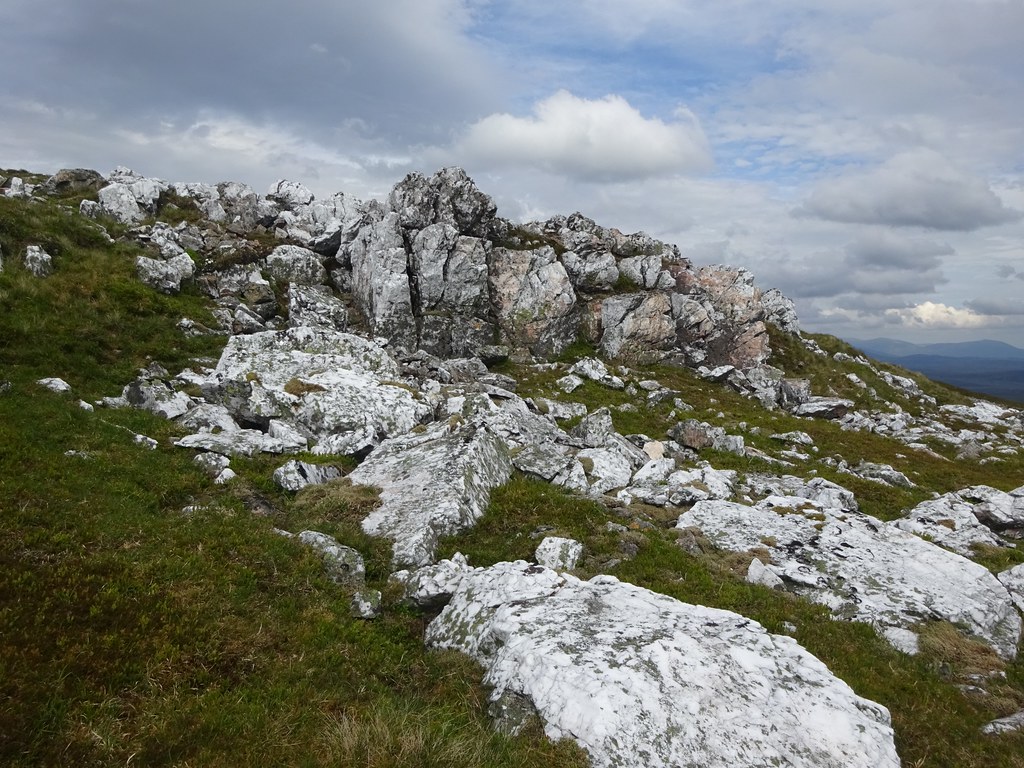 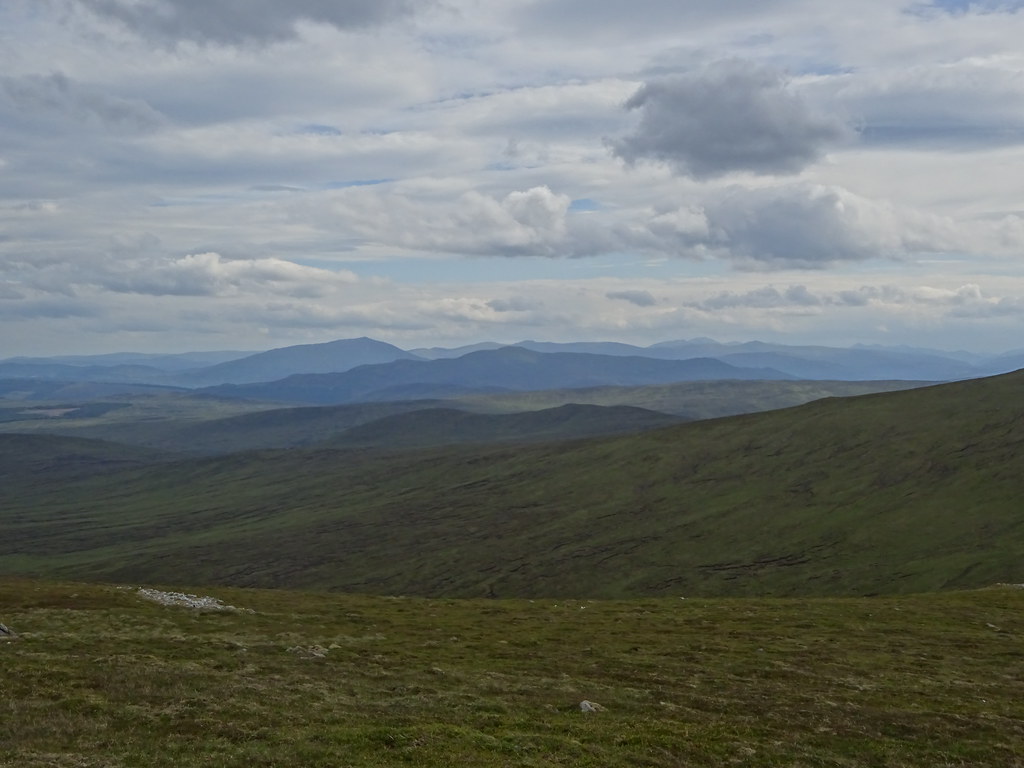 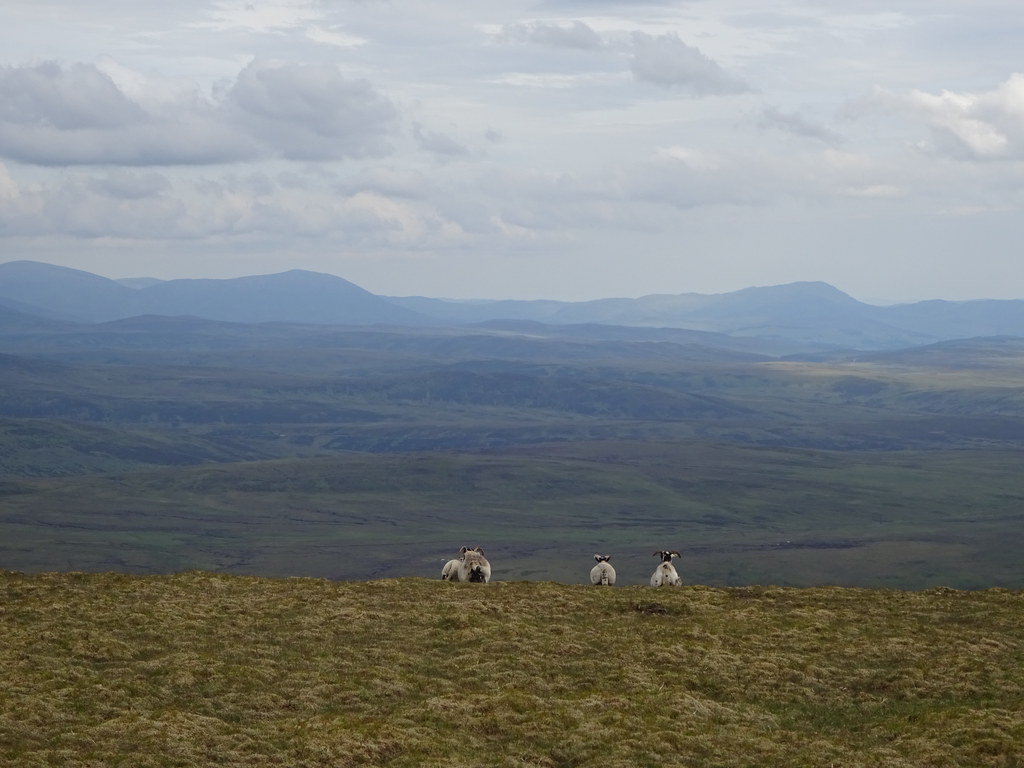 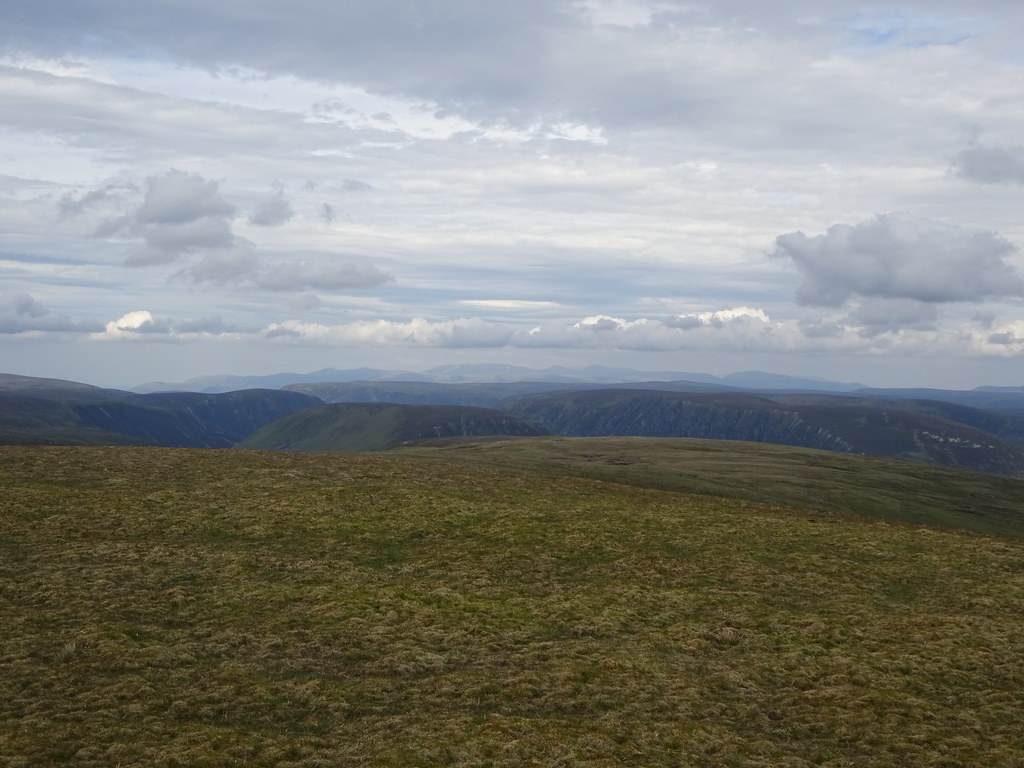 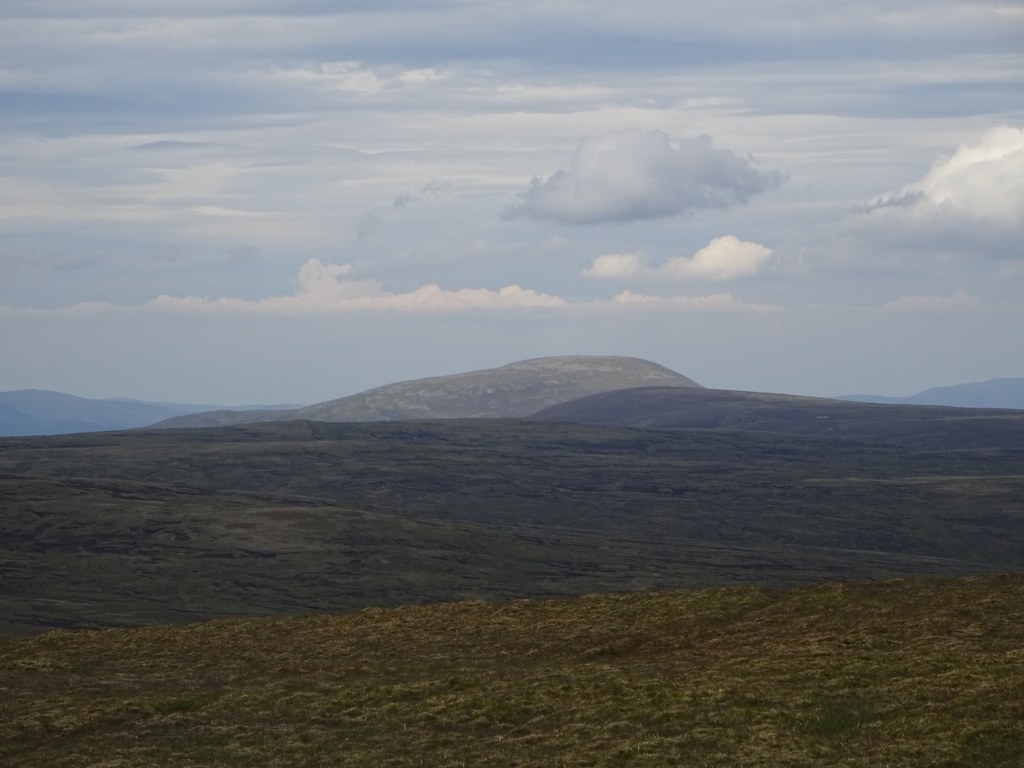 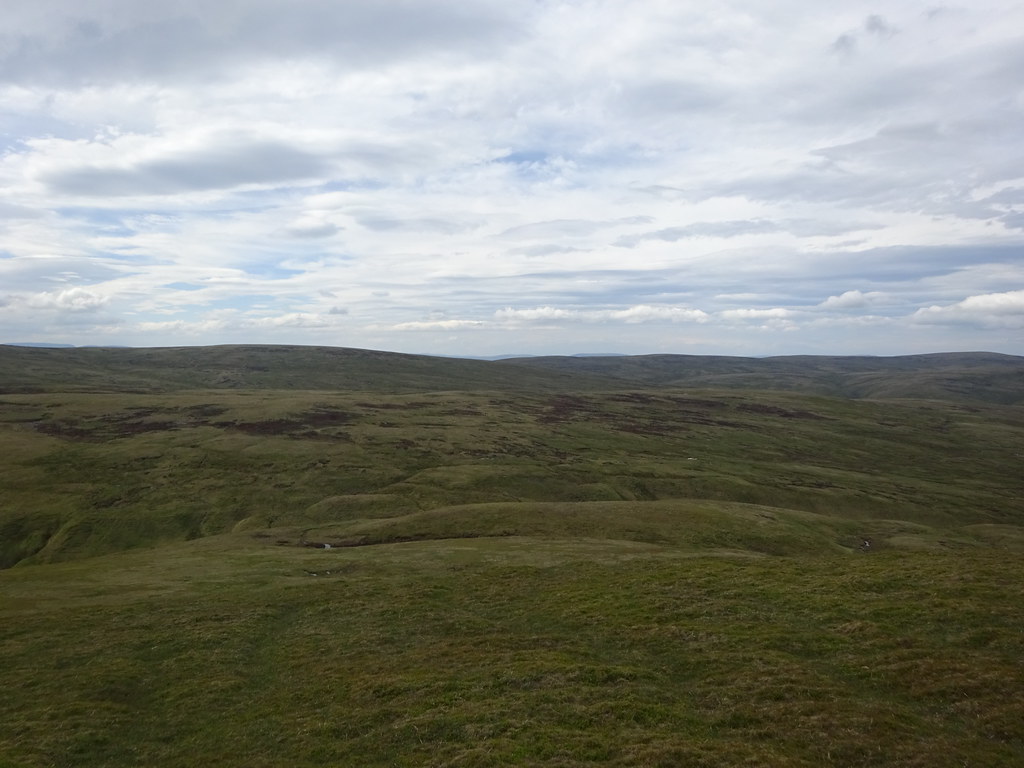 What had initially drawn me to look at other routes on this plateau was the deep gash of Cama' Choire to the east, which looks to have some interesting waterfalls, however this was off the natural line of the route and best left to an approach from Sronphadruig Lodge. Instead I dropped off west and round the head of Coire Mhic-sith - itself impressive in a low-key sort of way. 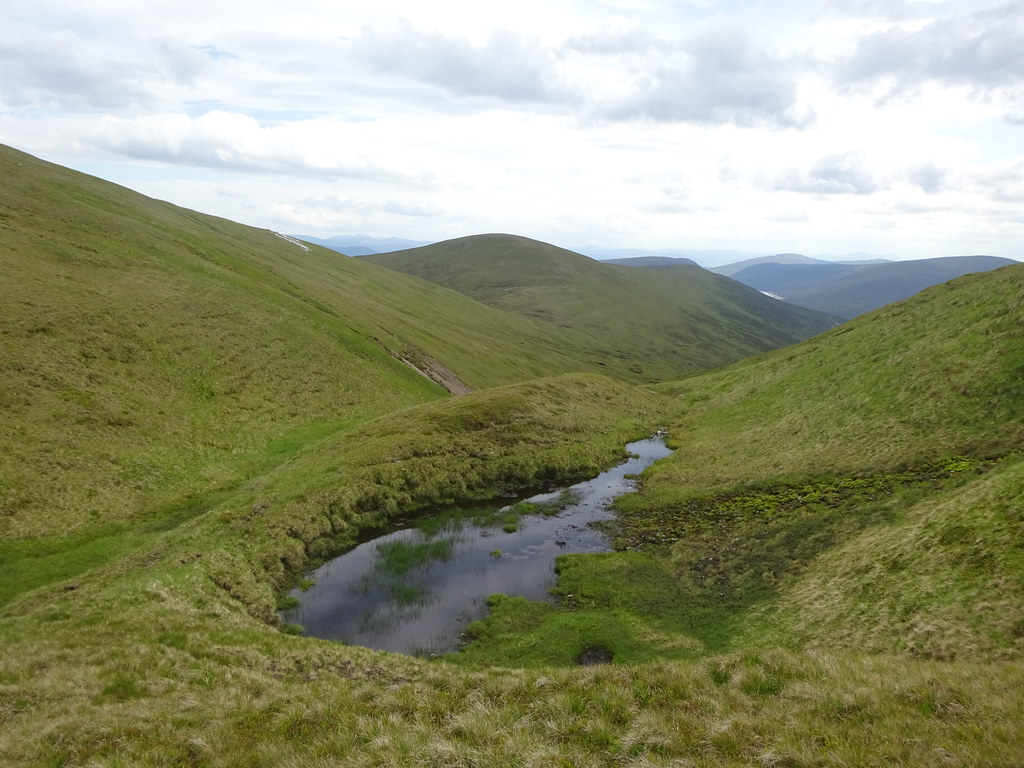 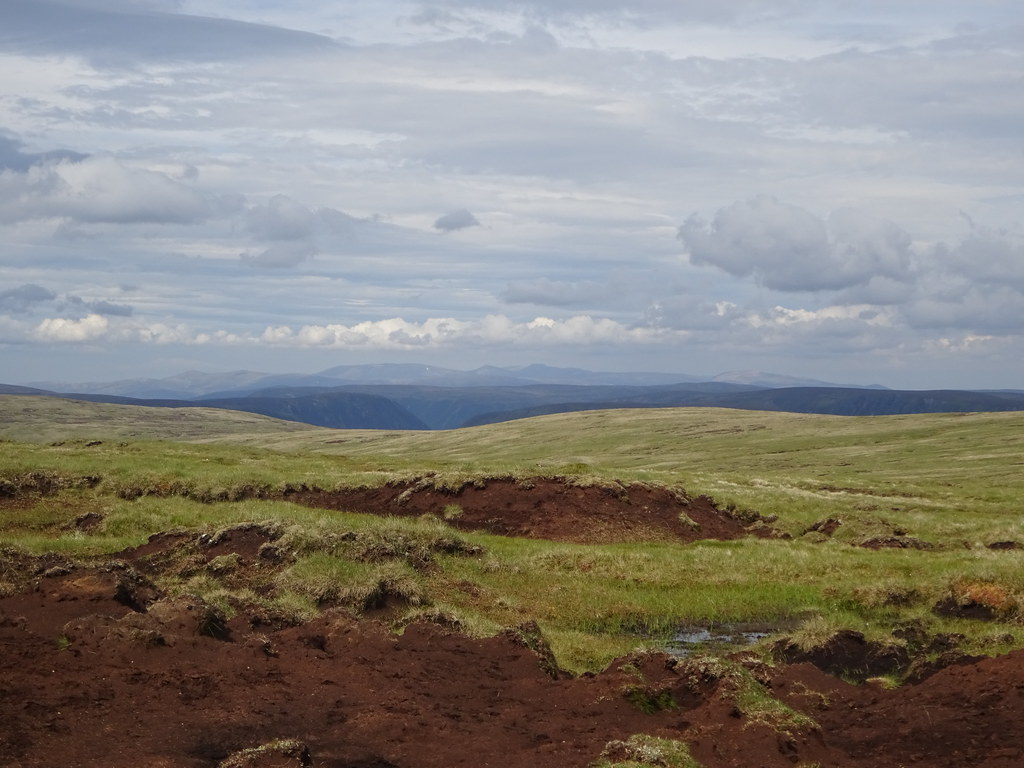 Beyond here I took a straight line towards A' Bhuidheanach Bheag. It was the only place I encountered much moisture, with a couple of areas of peat hags to pass through - nothing too crazy though. This could probably be avoided by sticking to the north side of the corrie. It didn't take too long to reach the trig point on the summit - probably the least exciting part of the route so far. I've only been here once before despite frequenting the Munros on the other side of the A9 much more often. Last time was in a December blizzard and my memories are of getting back to the car and putting the heating on! 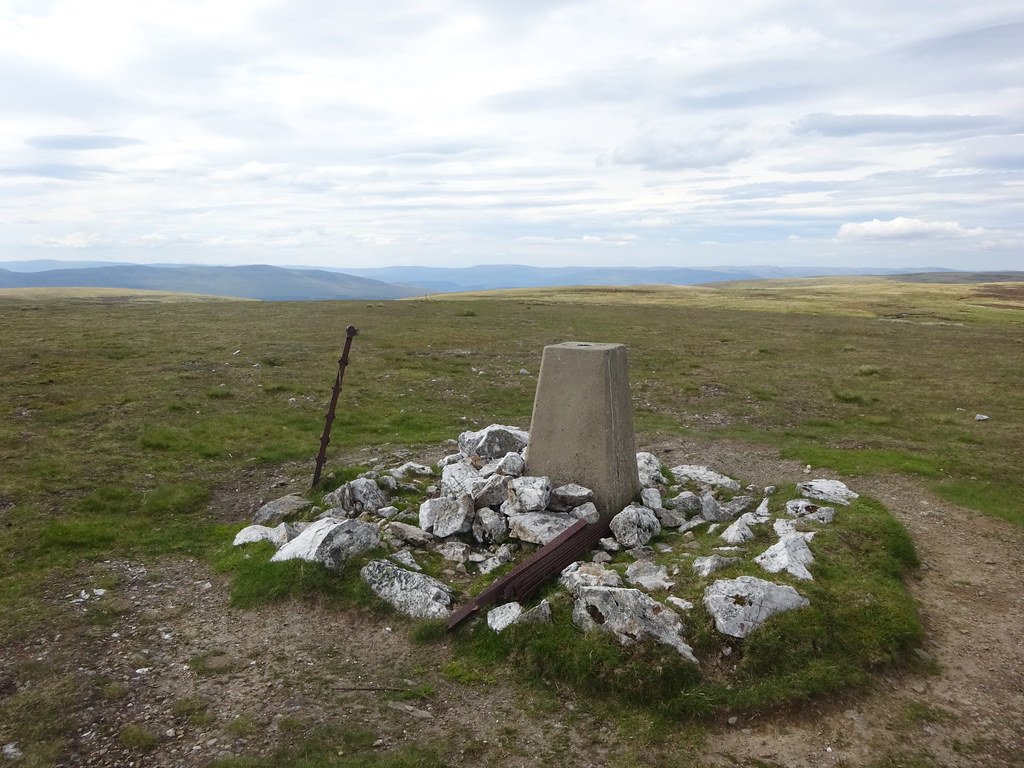 Summit of A Bhuidheanach Bheag 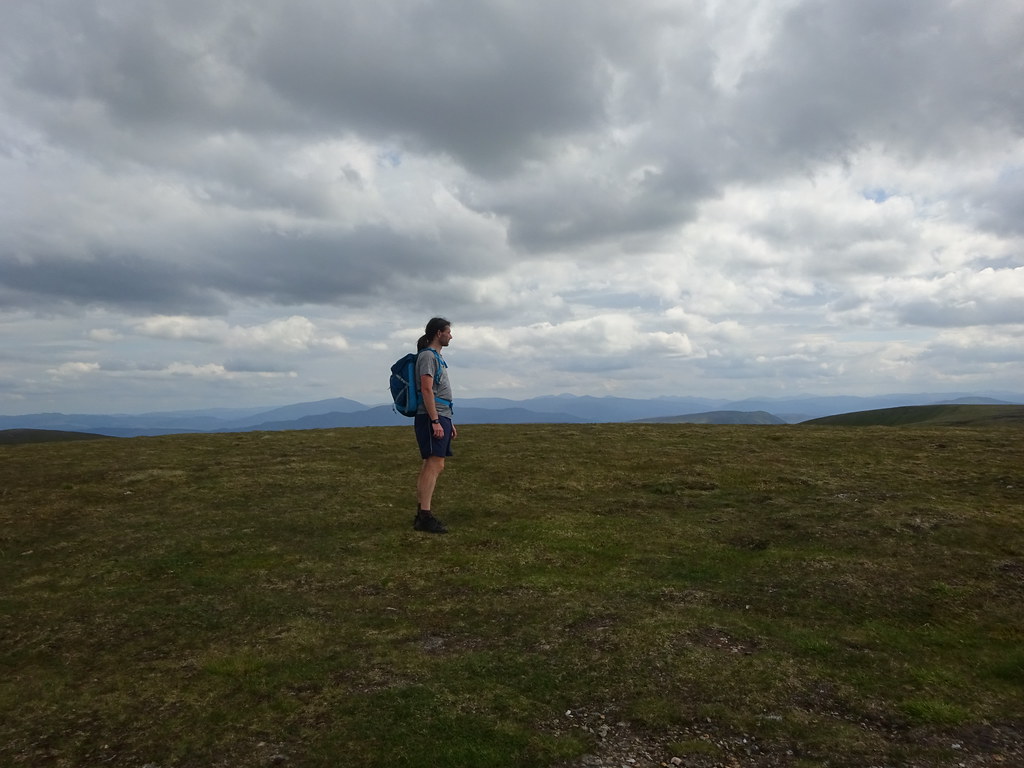 I initially went in the direction of Meall a' Chaorainn as this was a Munro Top in the past, but I thought better of it and changed my course for Fuar Mhonadh, the broad ridge that would deliver me back to the car. Coire Chuirn above Drumochter Lodge has always looked interesting and Meall a' Chaorainn could easily be included with that on another quick A9 stop-off. 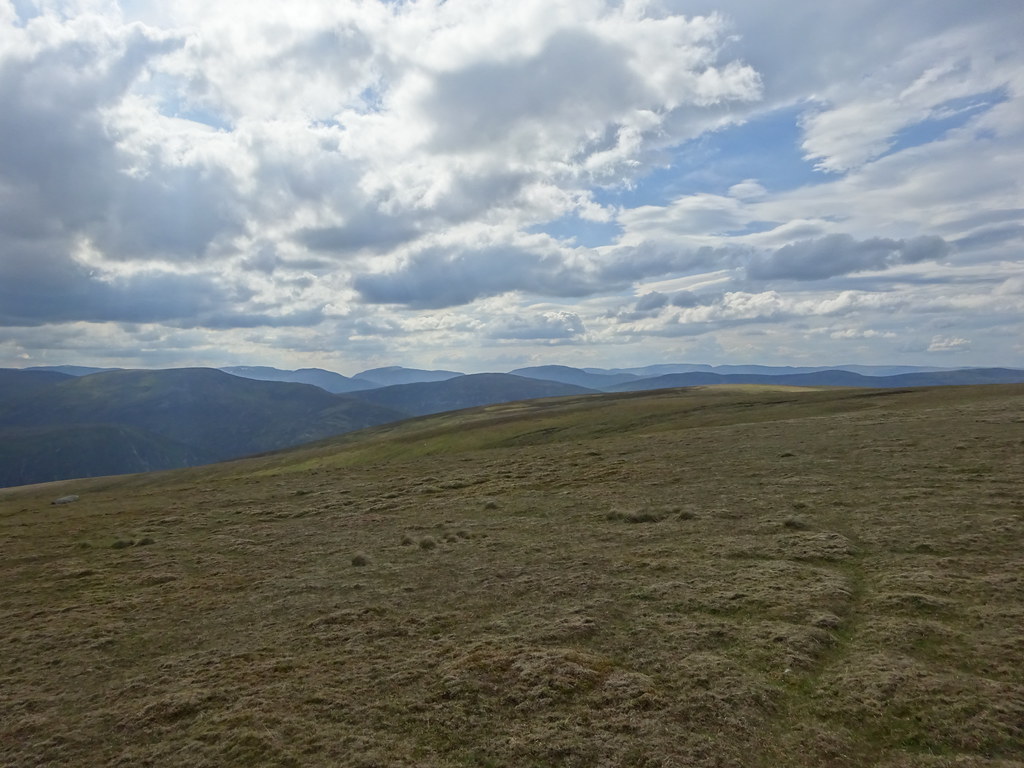 West to the Ardverikie hills 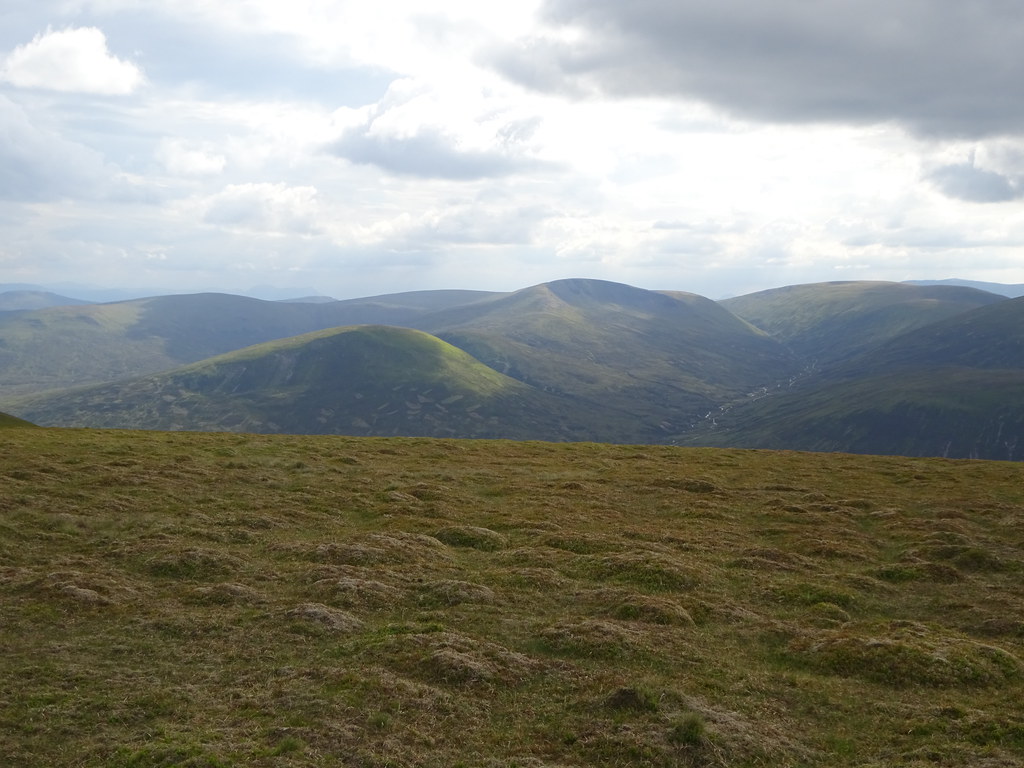 Sow of Atholl and Sgairneach Mor

I walked to the edge of Fraoch Choire for a look at the route I had just done then started dropping down to the A9. As the vegetation got thicker a path appeared; lower down it was a quadbike track but a little mushy in places. There were good views to Loch Garry and Sgairneach Mor as I descended. 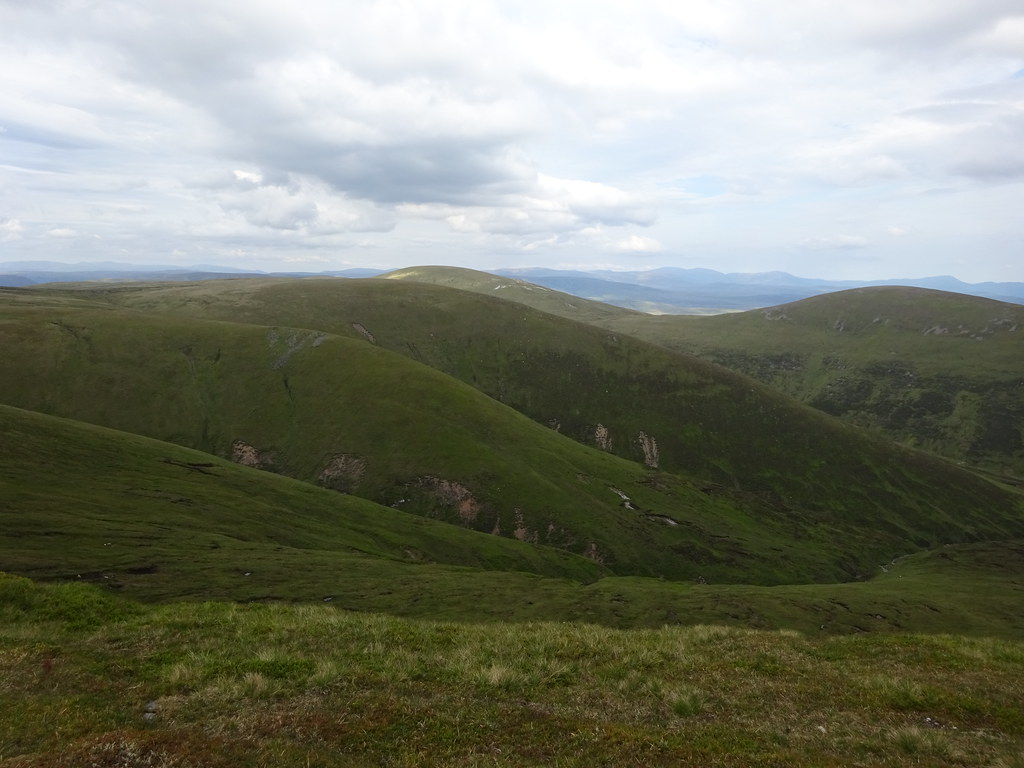 Fraoch Choire of A Buidheanach Bheag 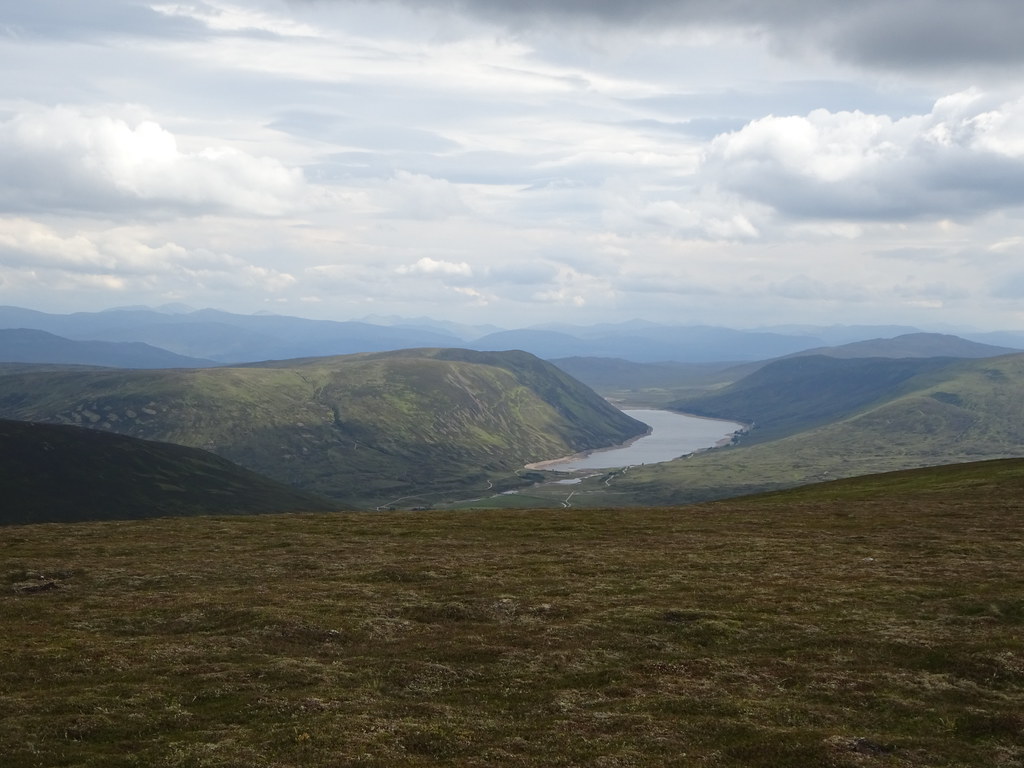 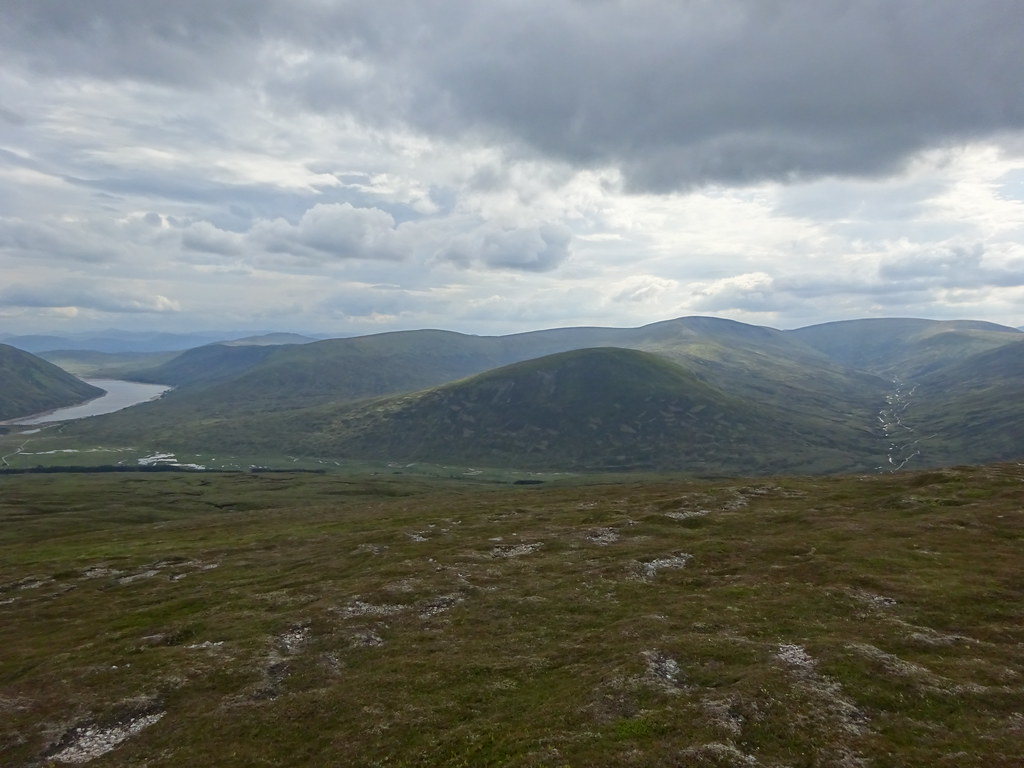 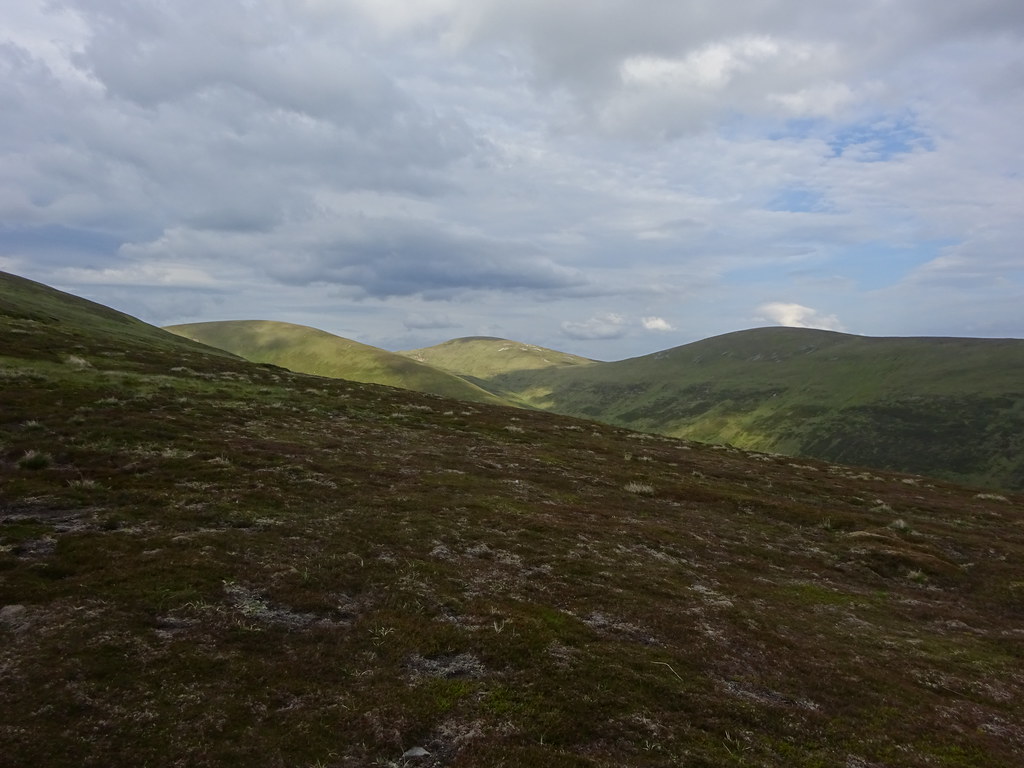 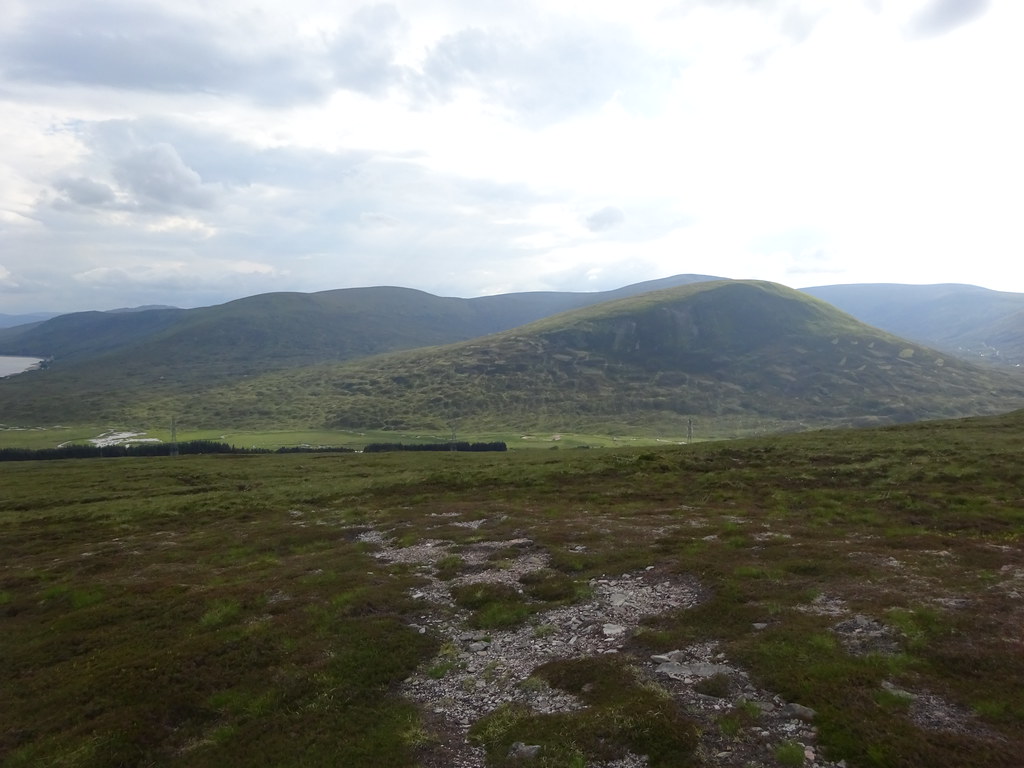 Descending to the A9

All that remained after that was to cross the deathtrap road again and drive home. This had turned out to be a lovely afternoon of straightforward walking and I was home for a sensible hour. Work isn't bad sometimes!
Click to mark this as a great report. Register or Login free to be able to rate and comment on reports (as well as access 1:25000 mapping).

Durness and a trip to Handa

Far NW beaches and the Old Man of Stoer