Kendal Double, contenders for the easiest fells in Lakeland

We had to set off mid Saturday morning for our overnight stay around Kendal so, in pursuit of some more of Mr Wainwright's Outlying Fells, I decided to have a go at two just a couple of miles or so to the west of Kendal. Doing a bit of research it soon became clear that these two were easily accessible and were more of a local afternoon stroll with the kids or the dog. The main decider for us was the promise of good views into the Lakes and over to the Pennines and the Howgills.

The forecast was reasonable for most of the morning and into early afternoon so that made our minds up, something gentle to get the legs oiled

We parked in one of the car parks on the Underbarrow Road at around 11:30, it was looking a bit gloomy and rain was on the way judging by the clouds covering the fells to the Southwest, so much for the views then

There was a fell race of sorts in progress so plenty of knackered looking folks running about, this had been organised as part of the Kendal Mountain Festival being held this weekend so it was a bit busy around the car parks, lots of runners but very few fell walkers. We set off from the car park and through the woods heading for Cunswick Scar. 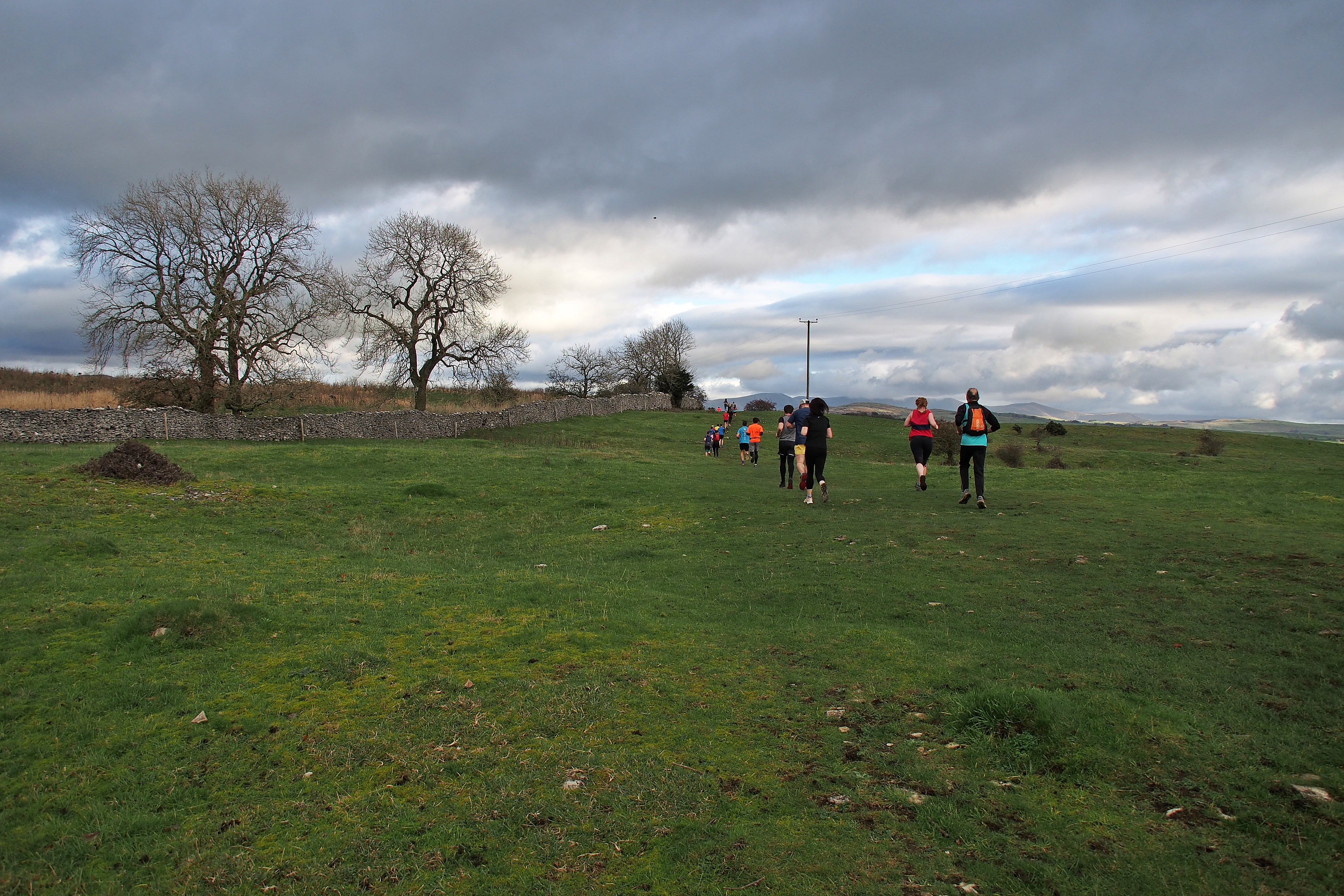 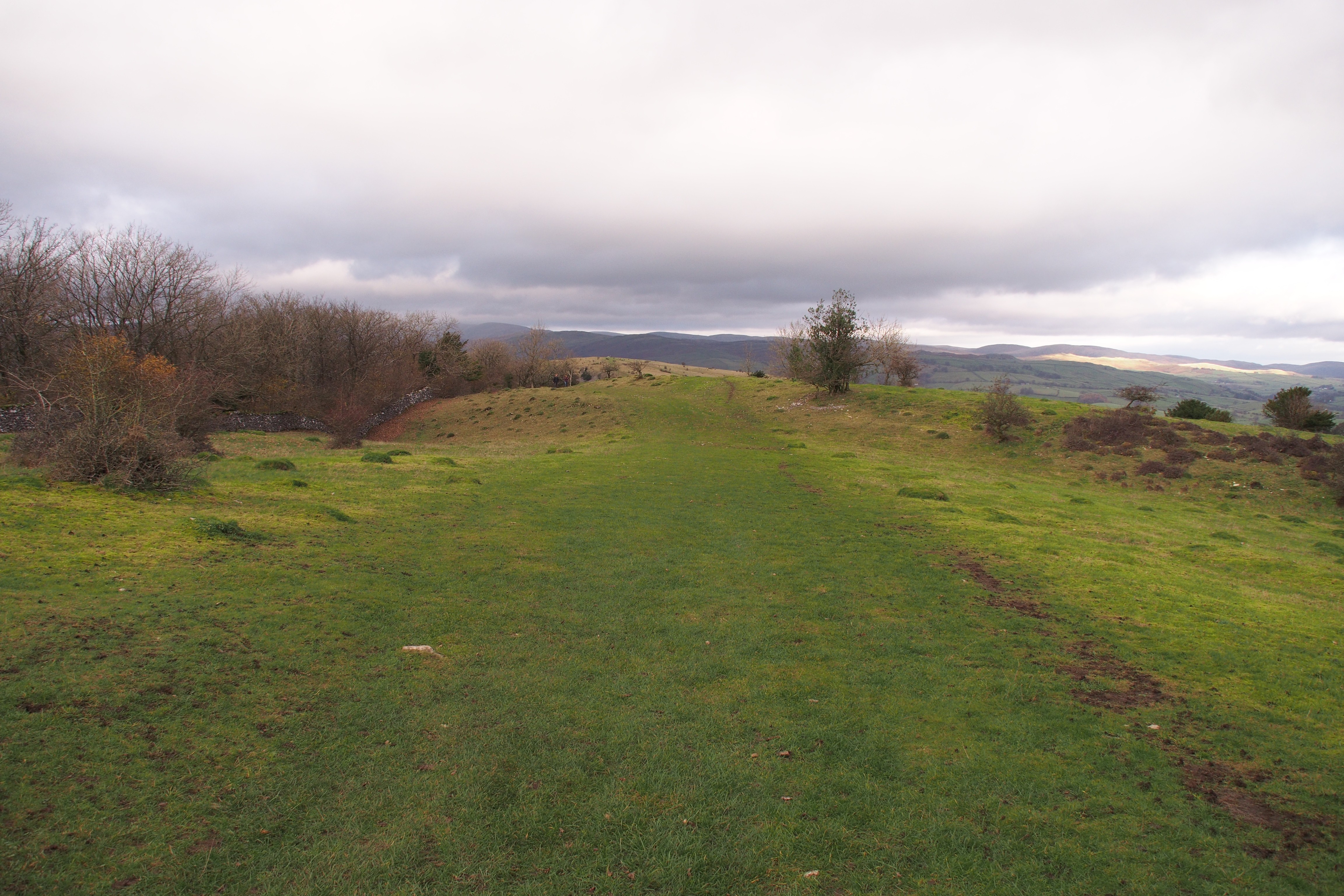 The views were opening up 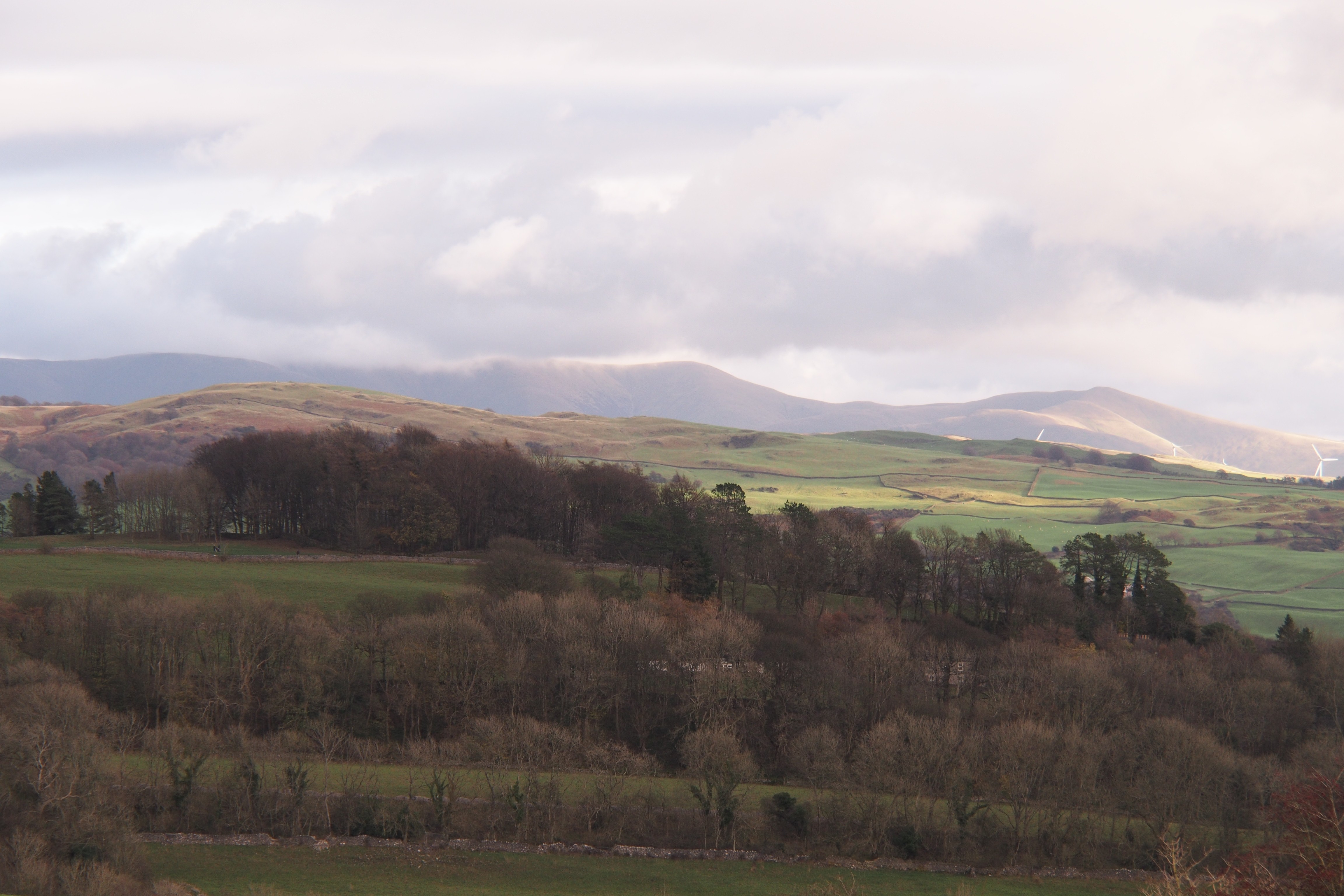 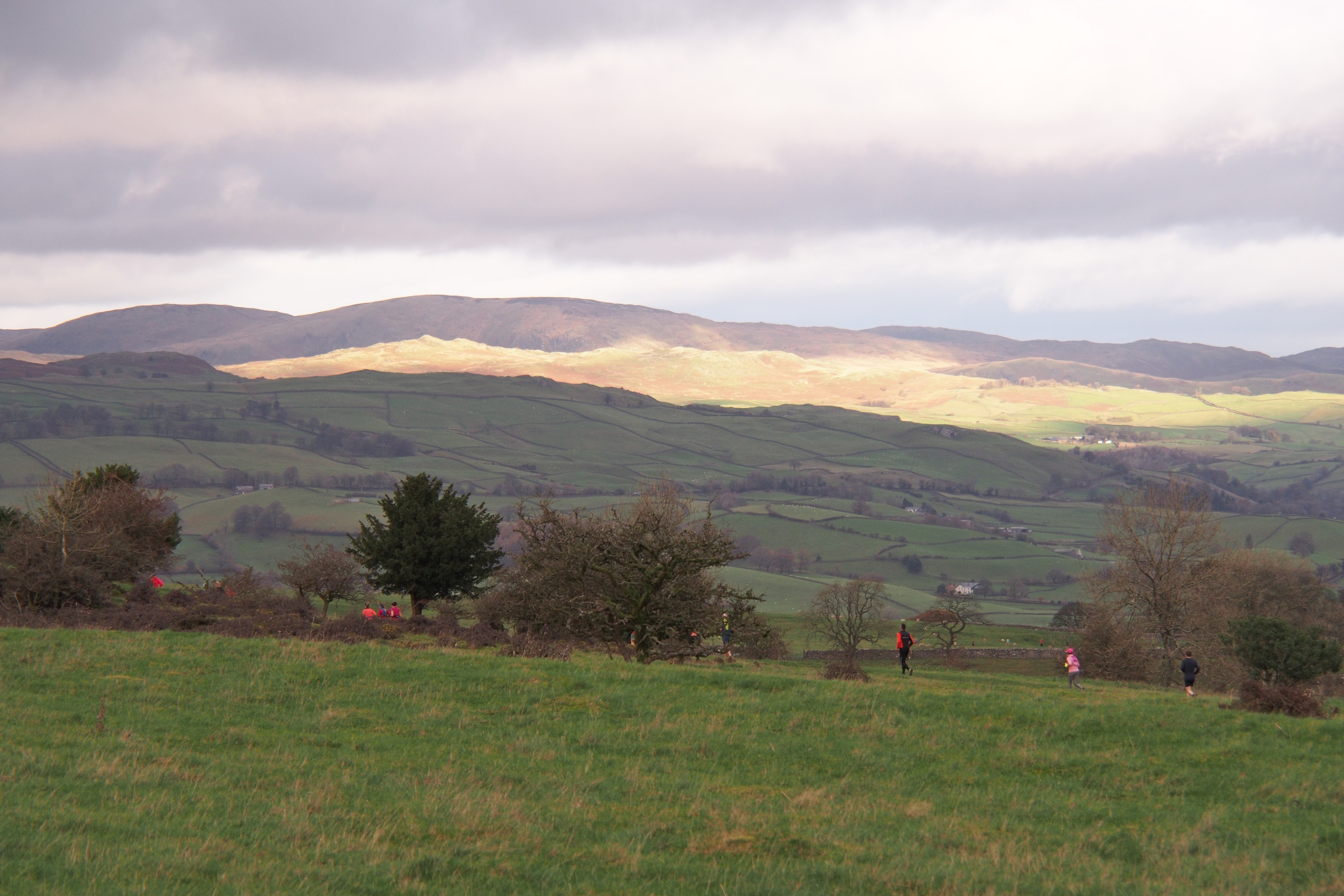 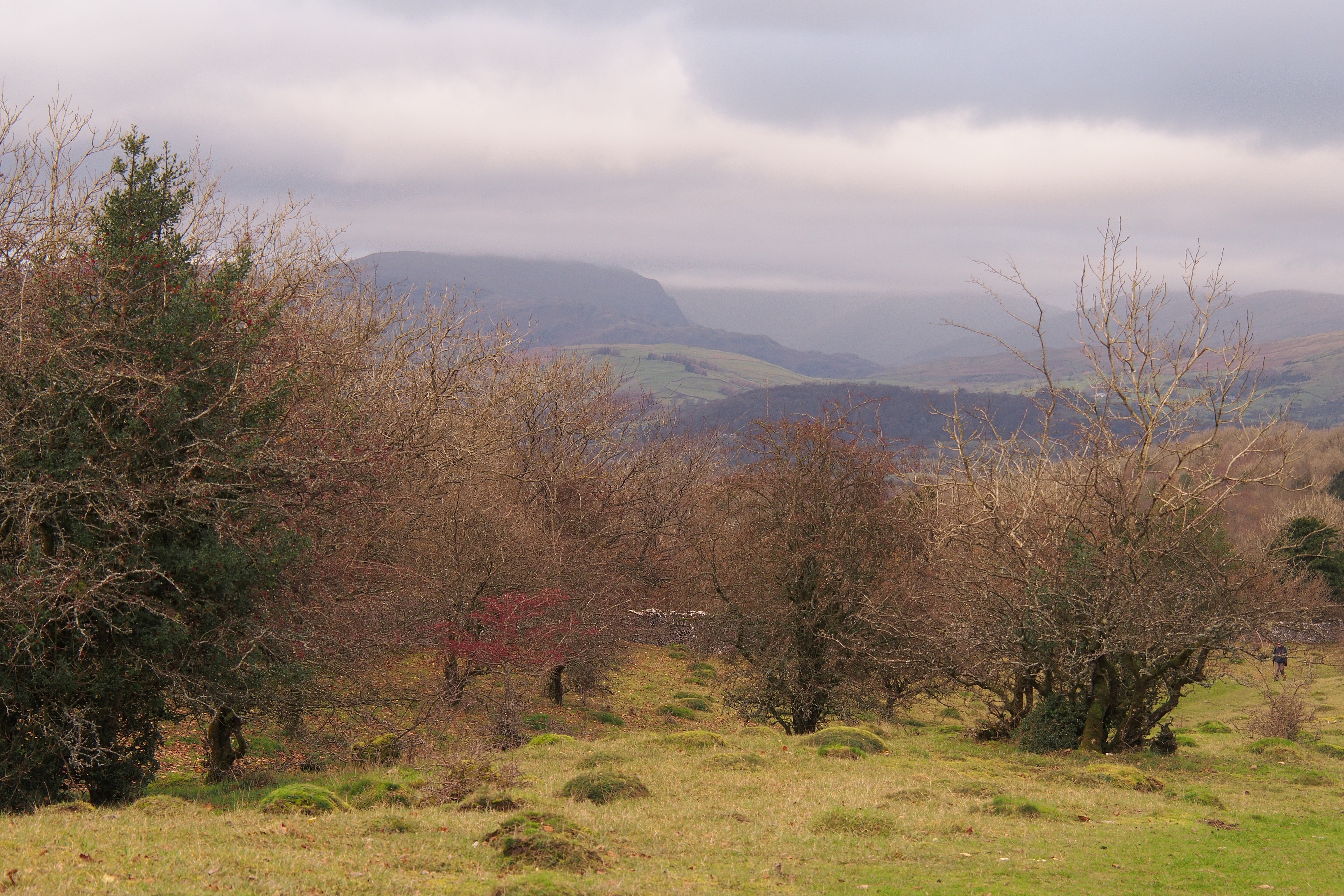 in fact there are several paths all the way to the summit so it is an easy journey with very little ascent.

From the top views we had were not bad, pity about the muzzyness

is that a word? 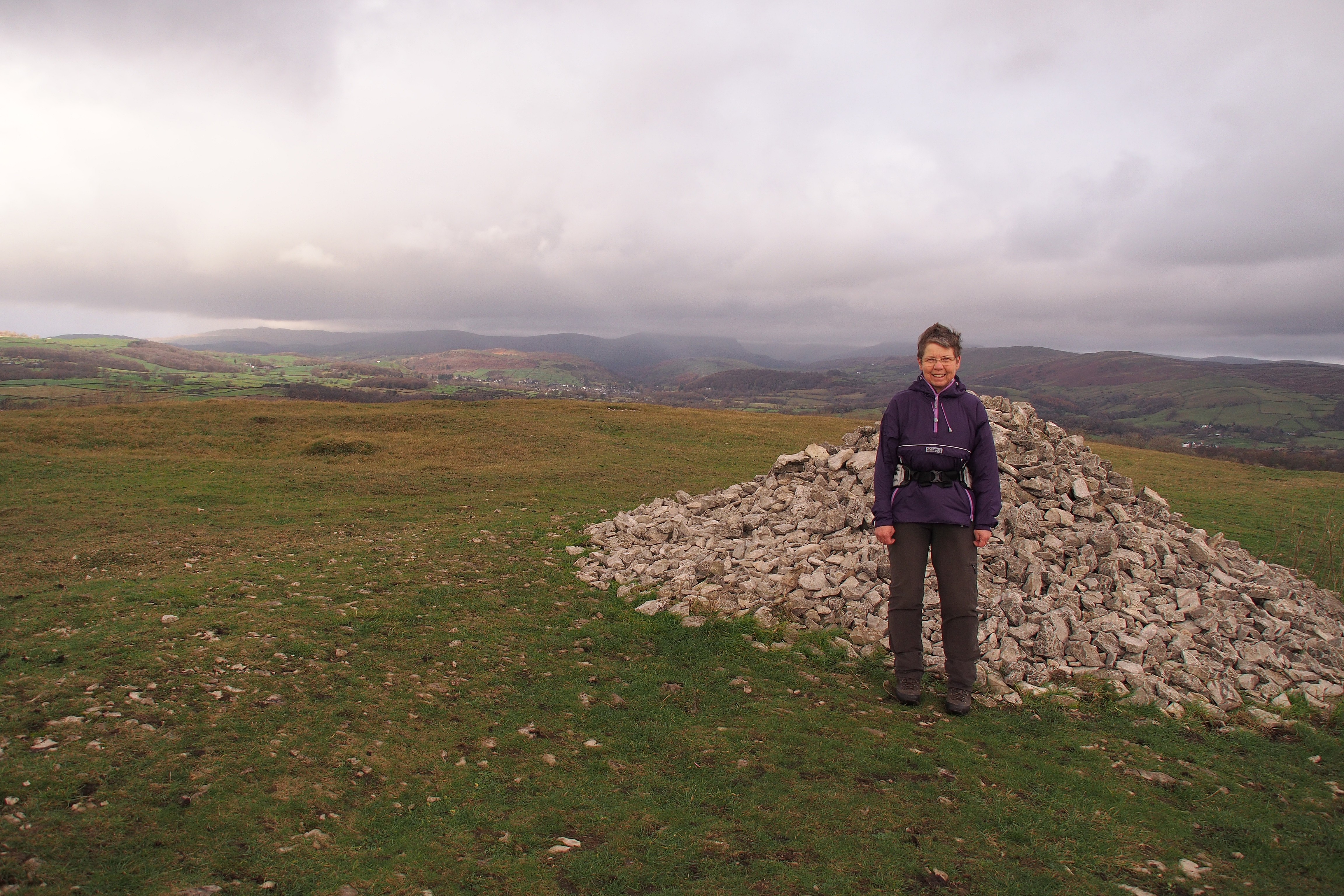 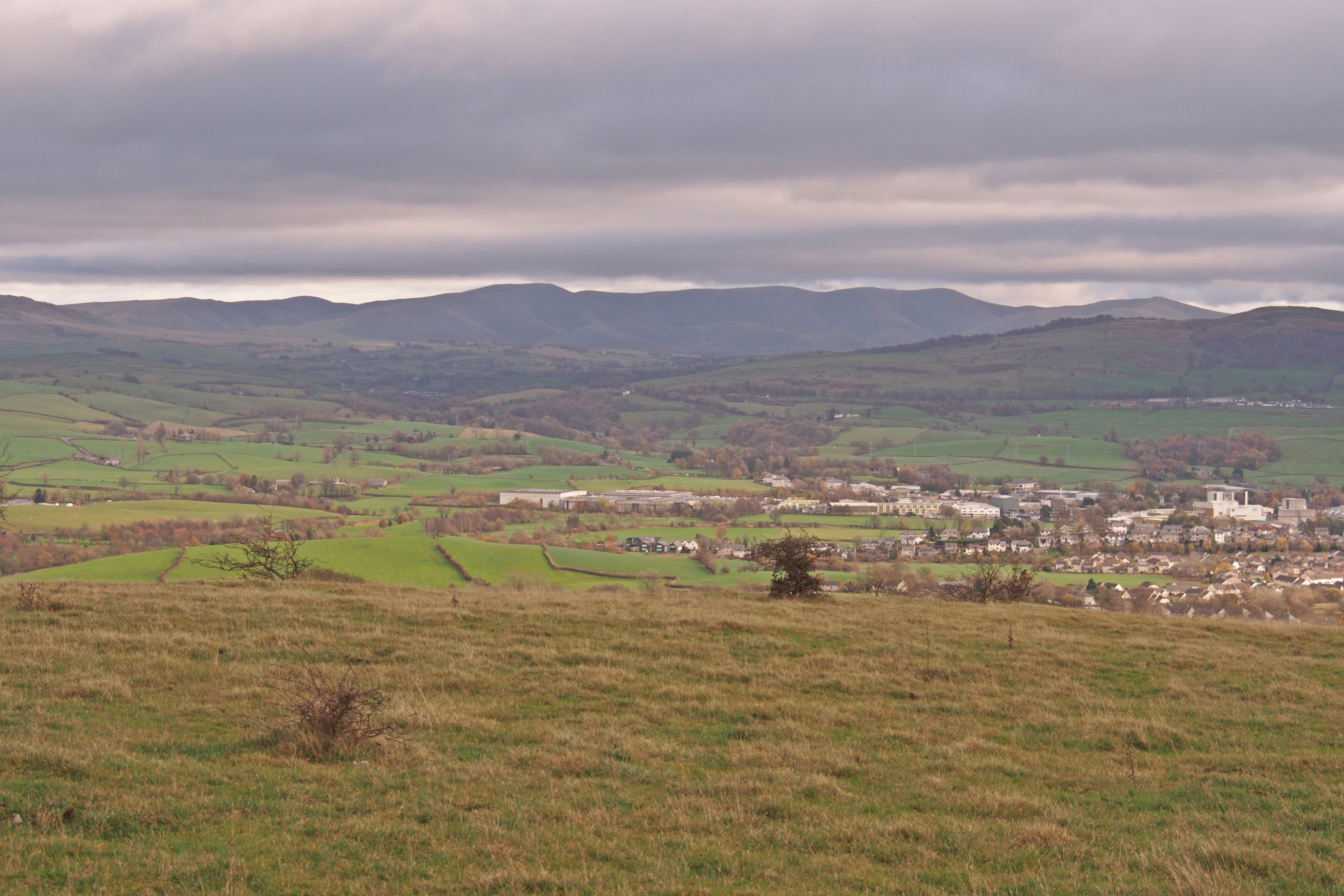 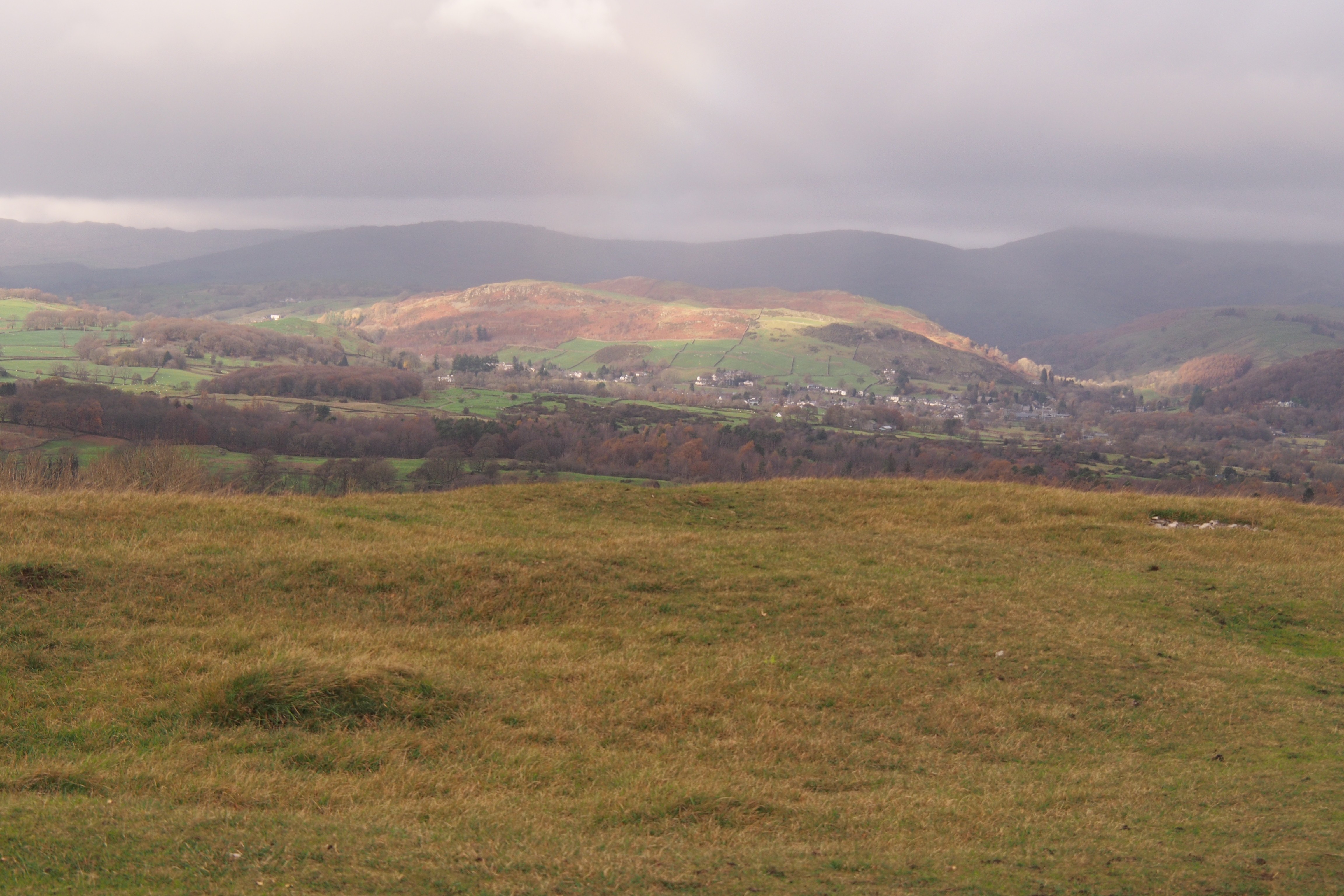 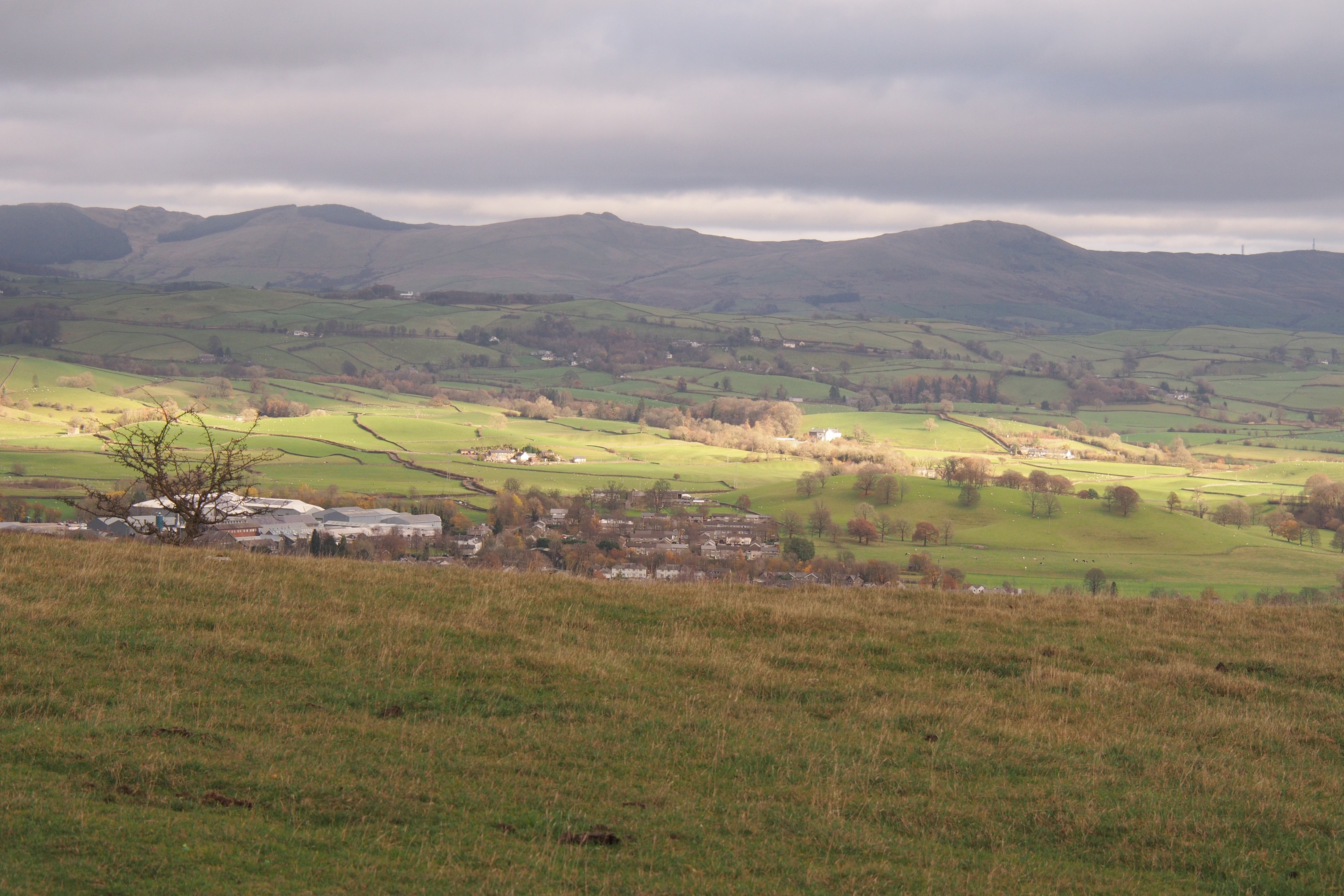 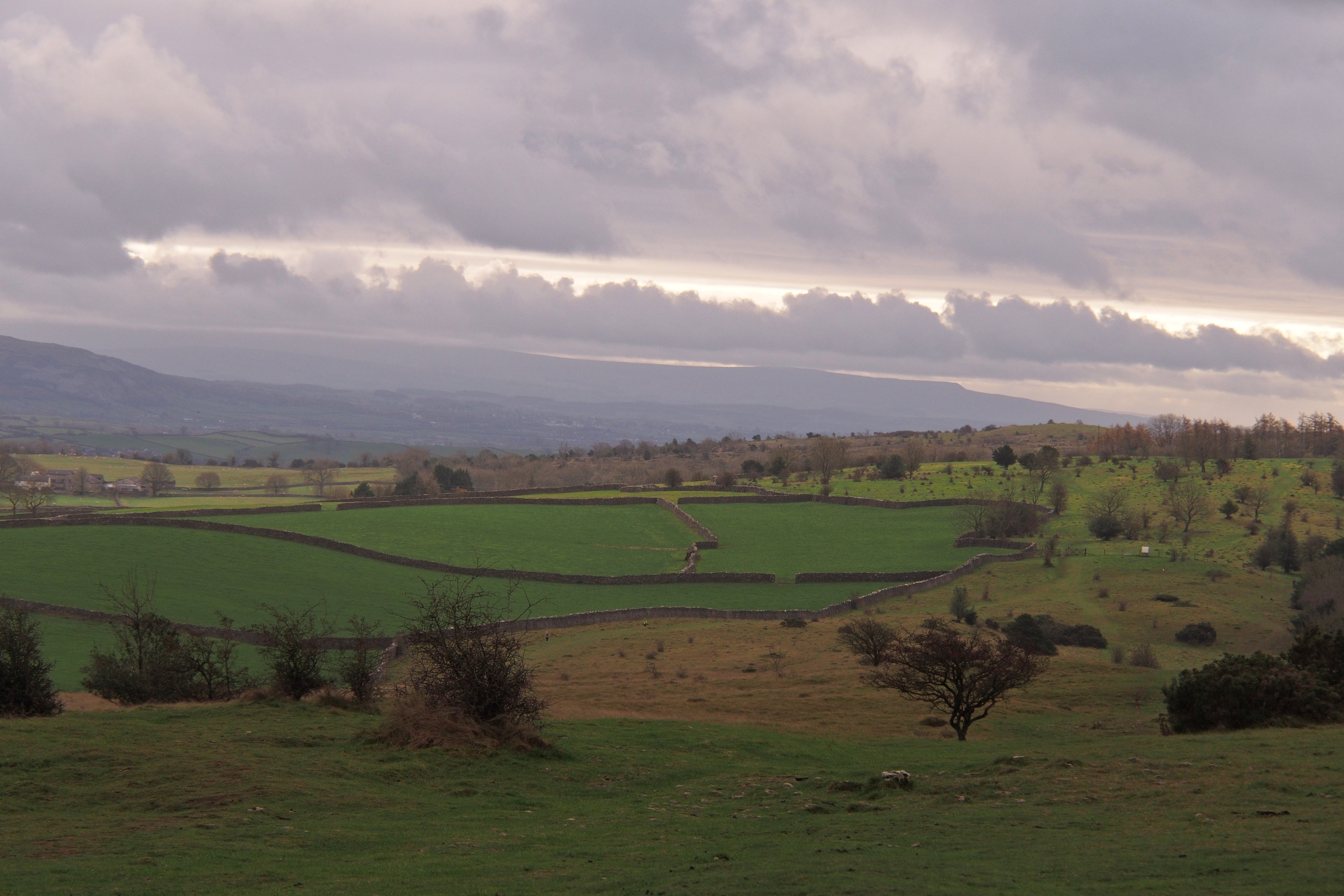 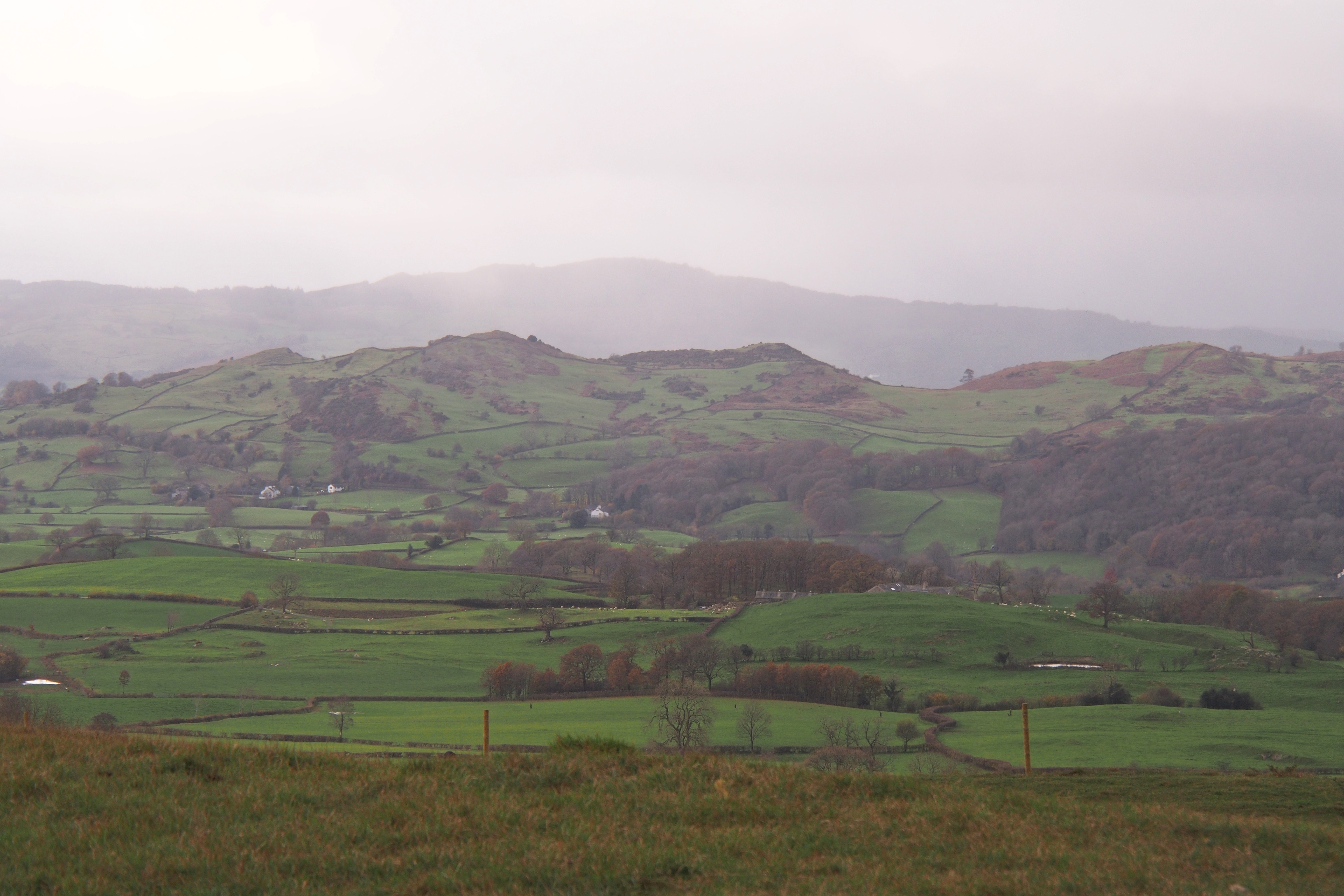 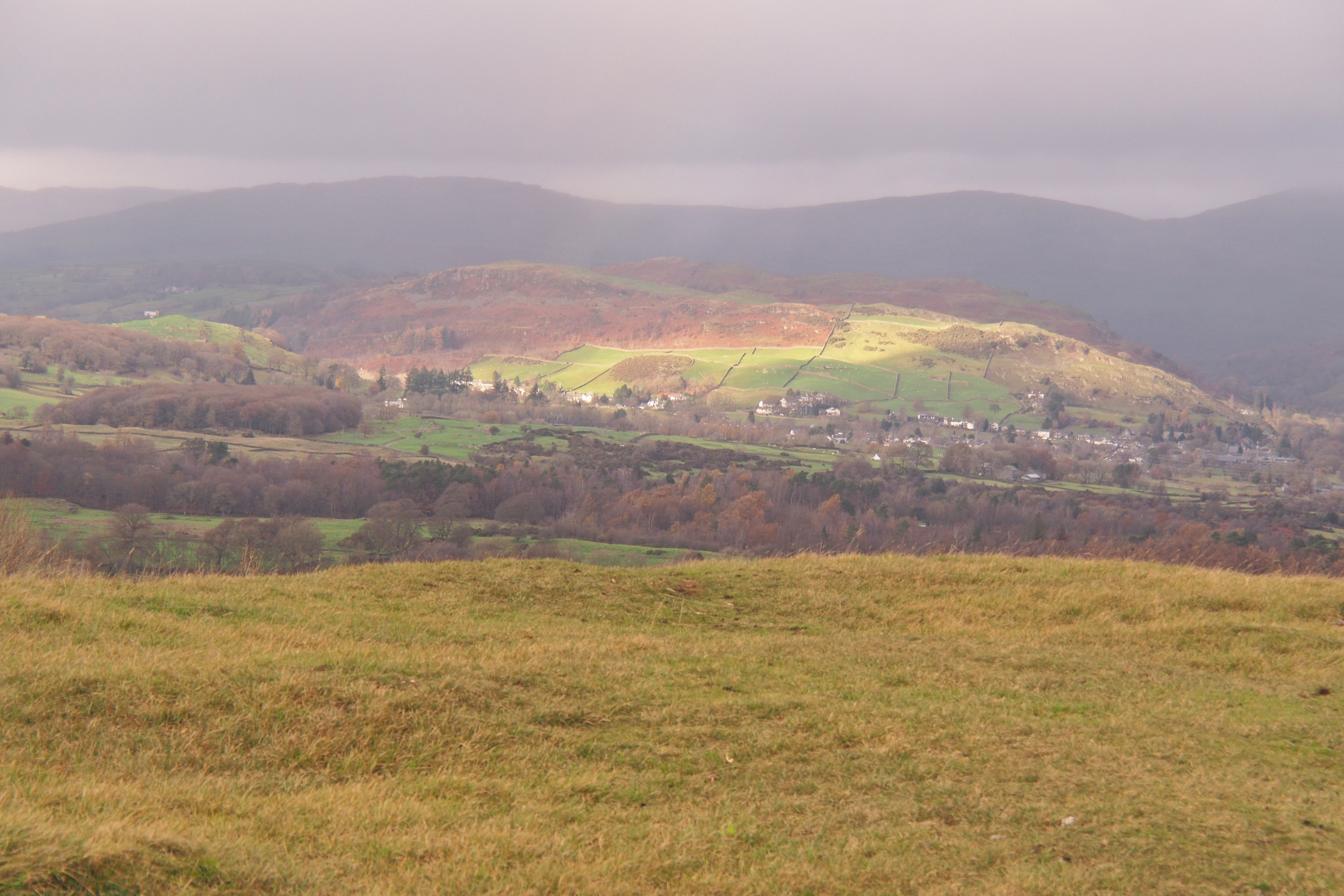 Big cairn for a little hill, puts some of the mountain cairns to shame 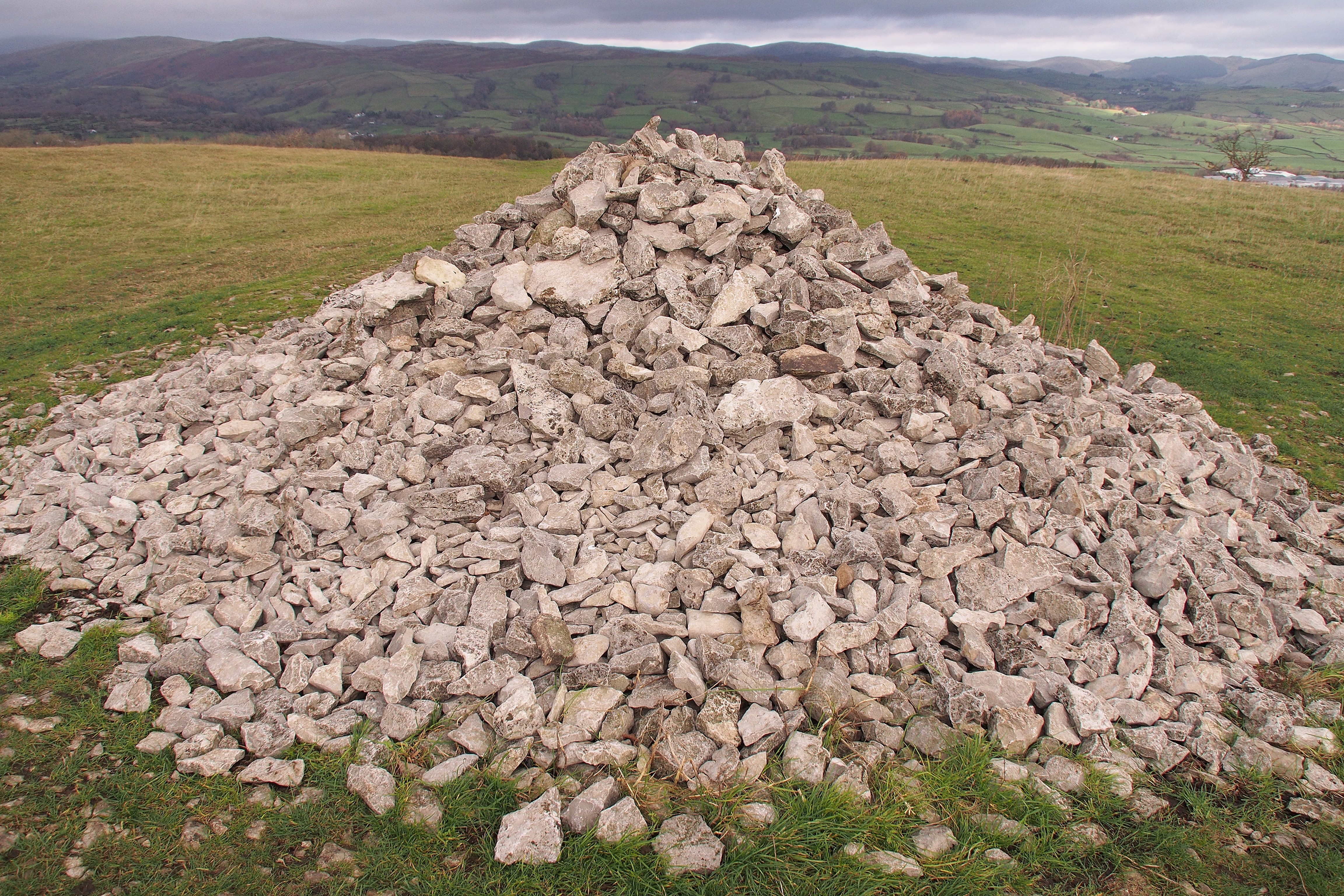 With the weather closing in and wanting to do Scout Scar as well we re-traced our outward path back to the car park where we stopped for a quick snack and drink the set off for Scout Scar.

We set off down the road to the gate that marks the very good path up to the "Mushroom" viewing shelter on Scout Scar.

When the initial climb is done (the only bit of real uphill) we started the walk above the scar itself, this gave views to the Lakeland mountains though muted today by the cloud and impending rain 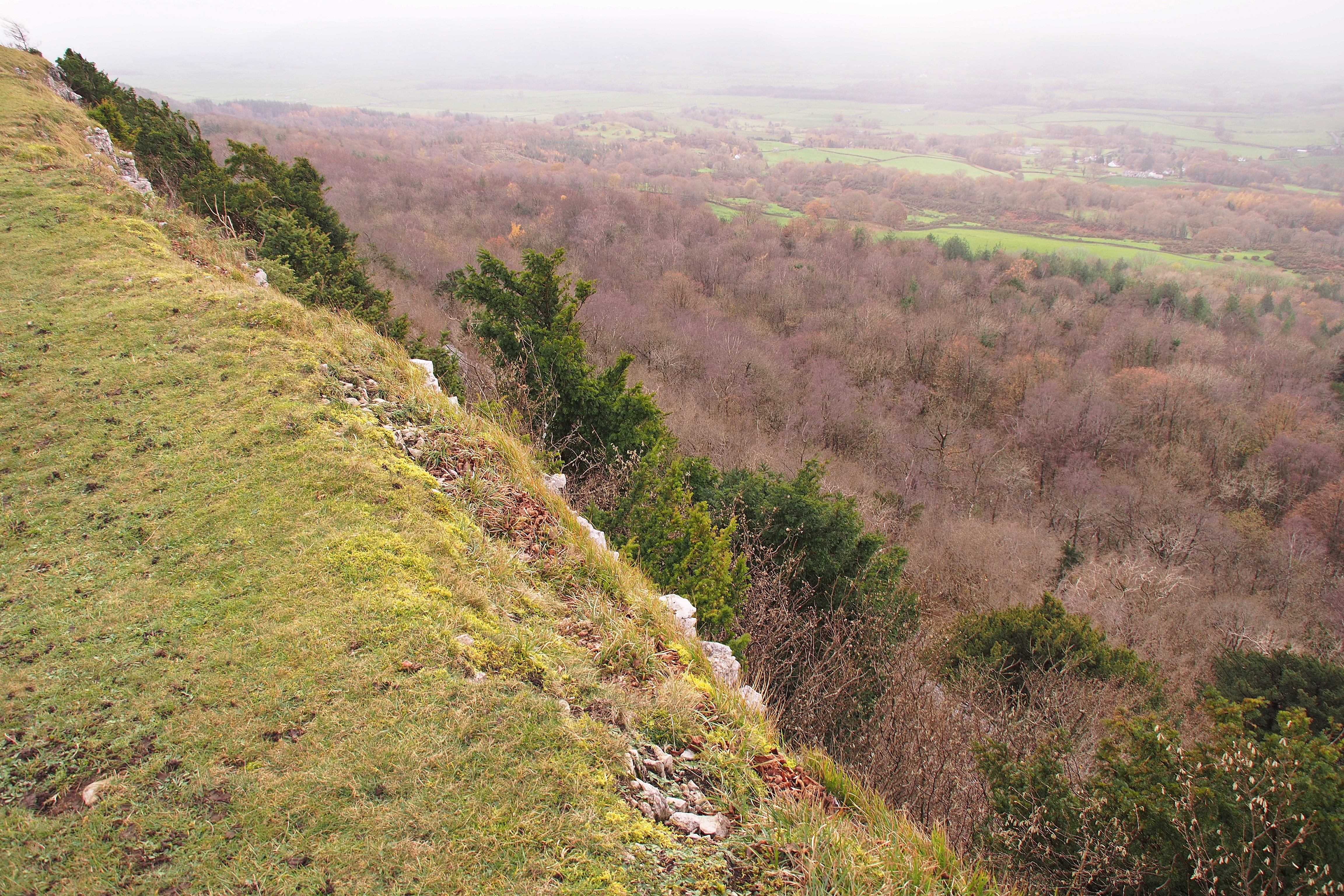 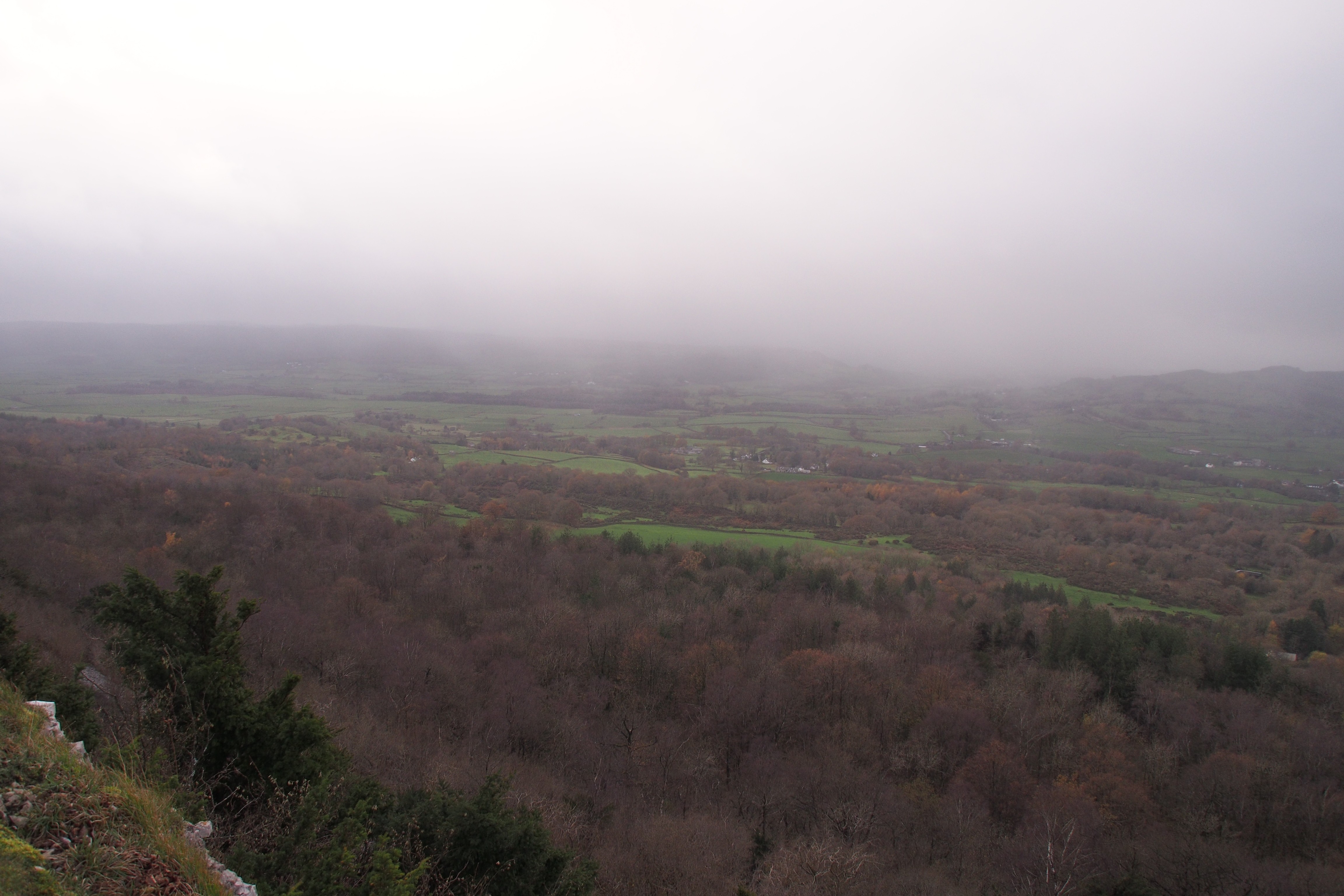 You can tell which way the wind blows 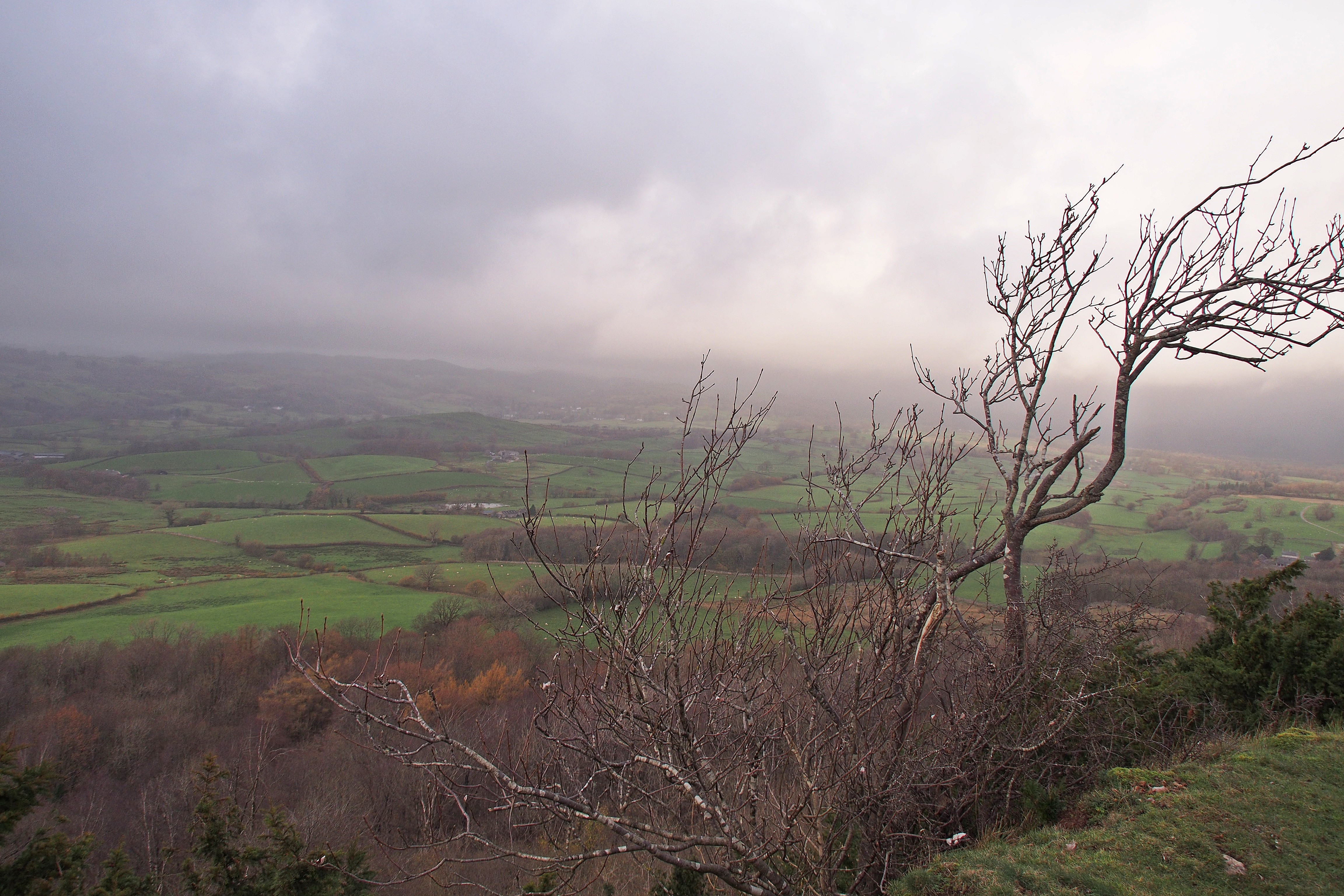 We decided to head for the Trigpoint before going to the Mushroom, this was along the edge of the scar for most of the way, This part of the Lakes comprises of Limestone and reminded us of the Dales in miniature, especially the dry stone walls.

We arrived at the trig, had a snack then set off for the mushroom, by now there was a keen breeze springing up, it is quite exposed up here and felt a bit wilder than Cunswick Scar. 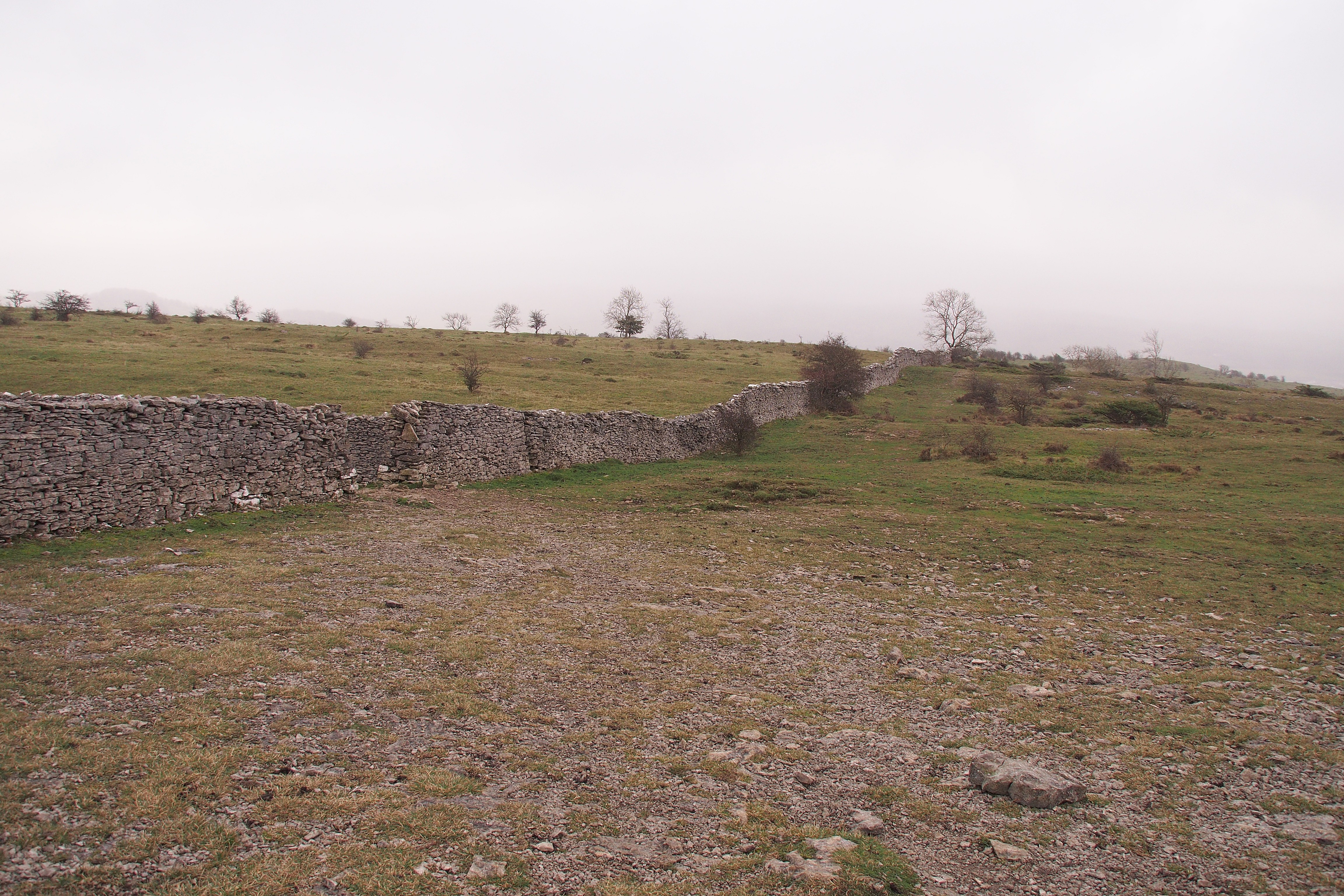 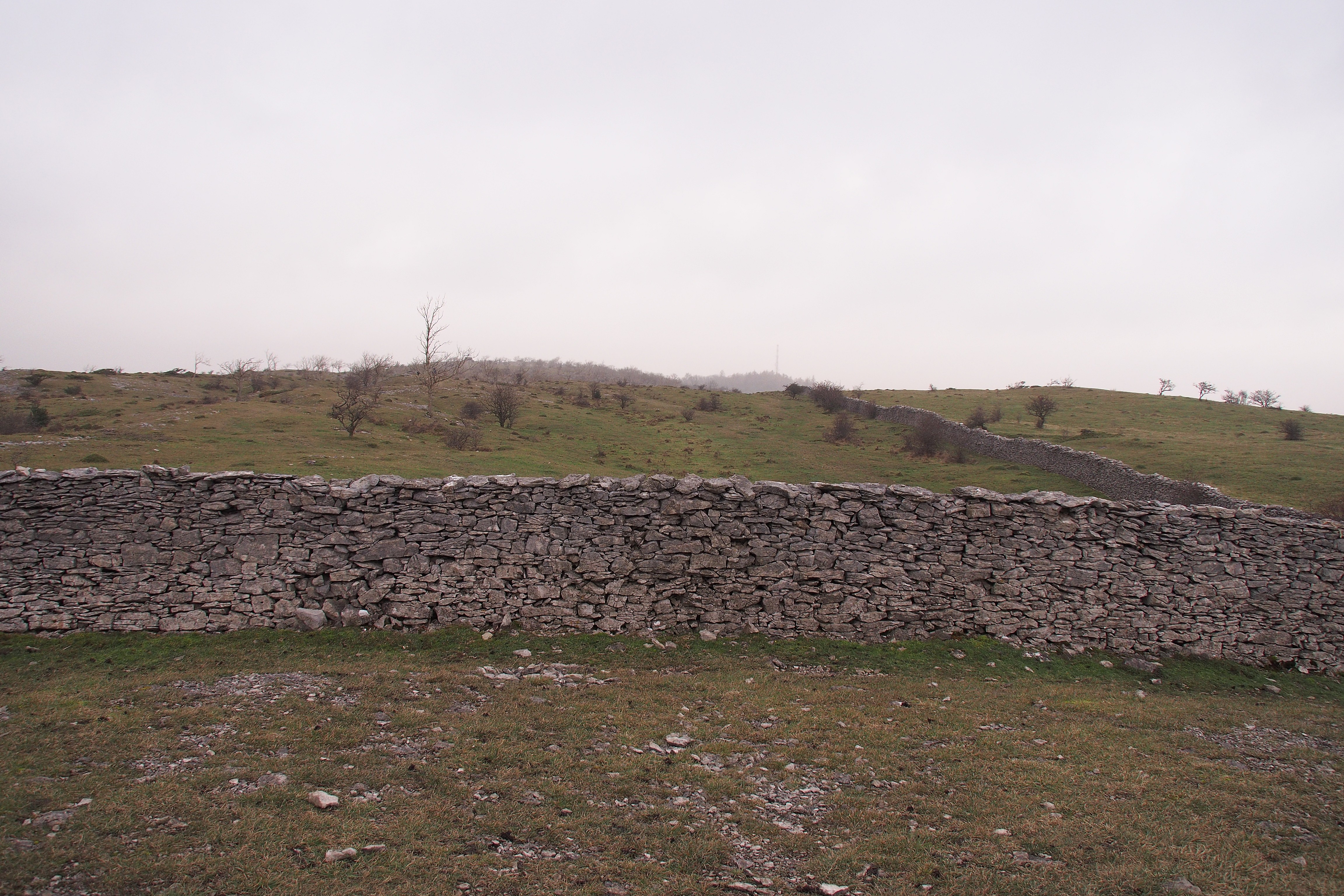 The "Mushroom" is a large shelter divided into four sections, there are engravings in the metalwork identifying mountains seen from here so on a clear day it would be quite interesting to see what's what on the horizon, the side sheltered from the wind was occupied so we made do with the one opposite which did shelter us, we had a sit down for a while before walking back down to the car. 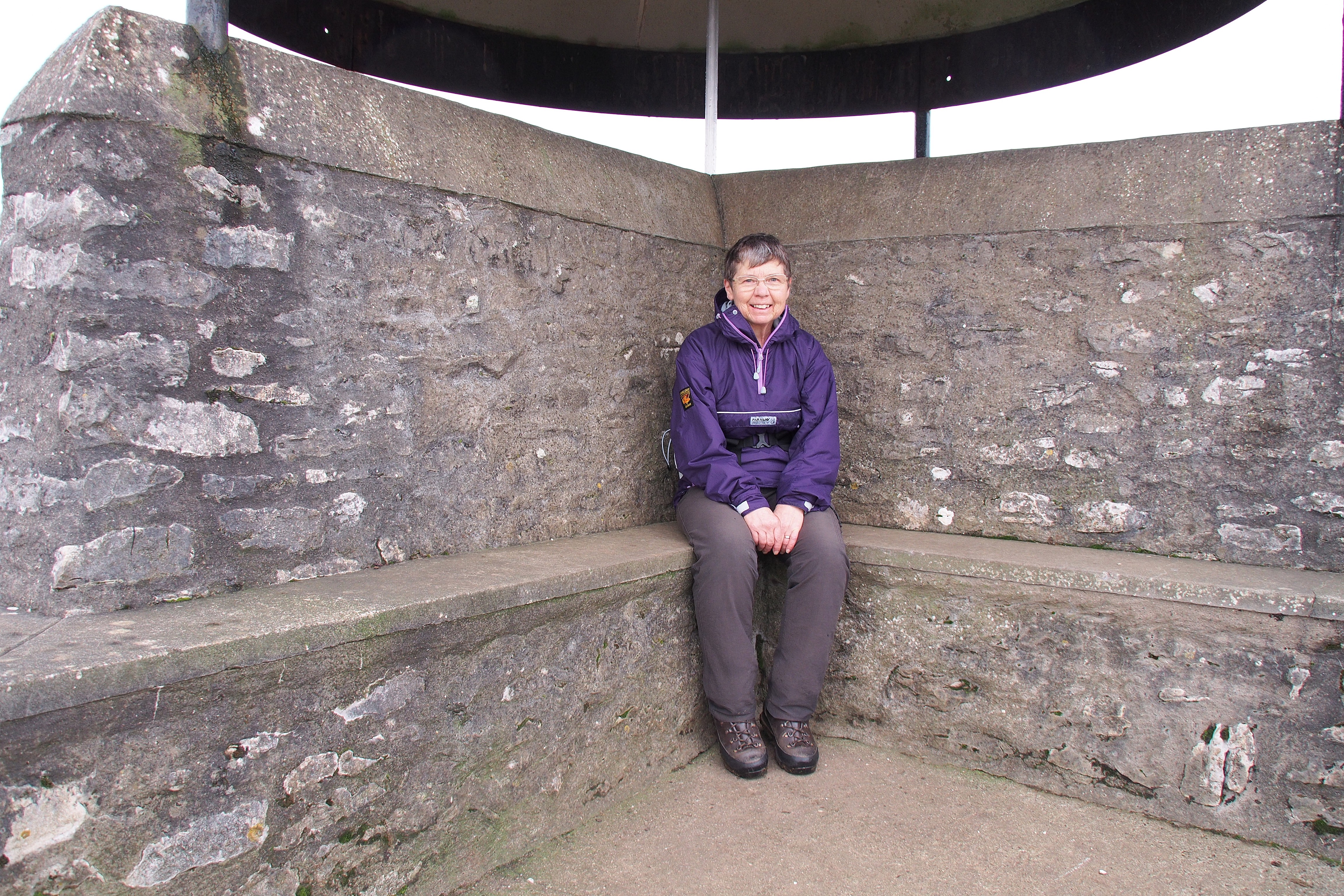 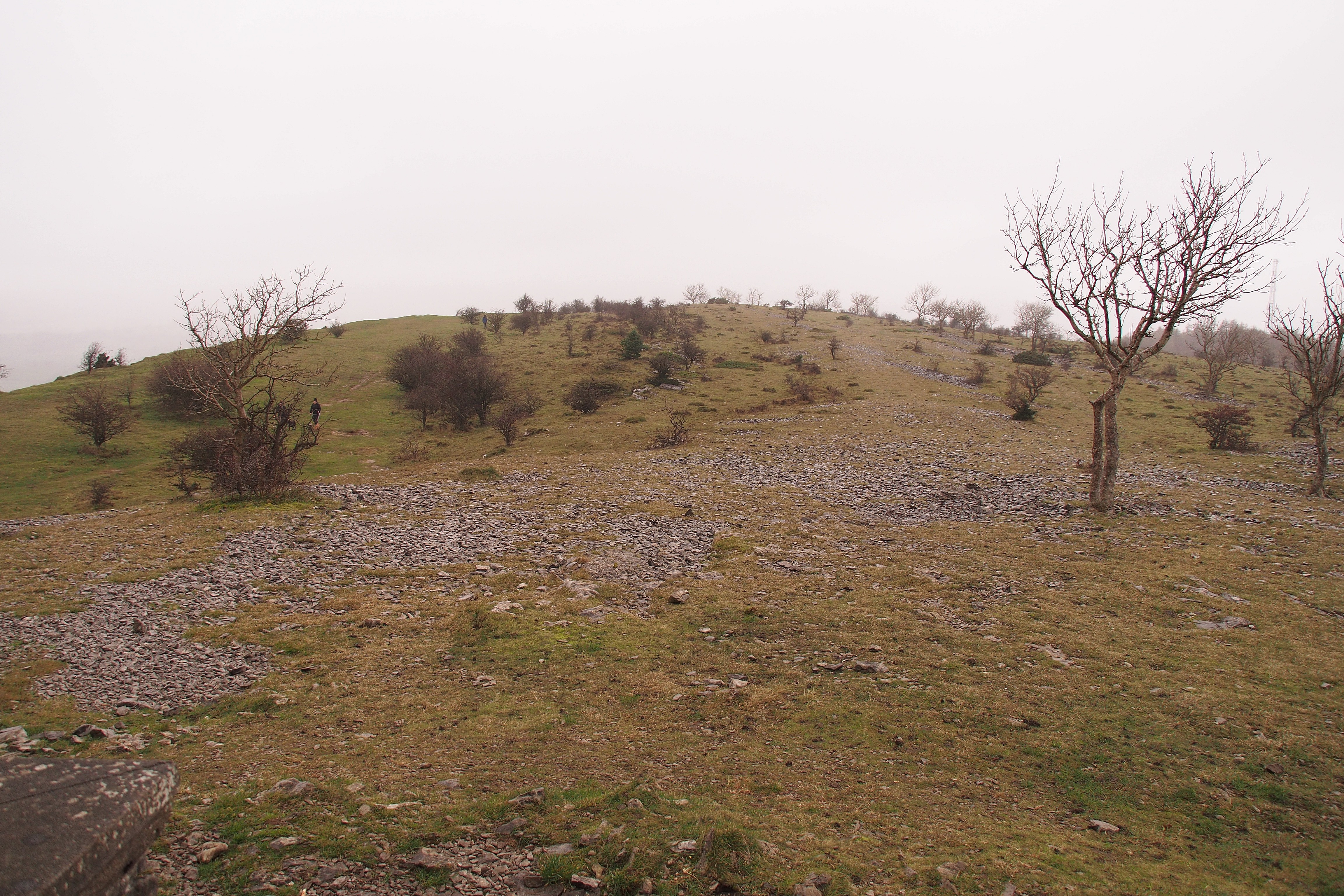 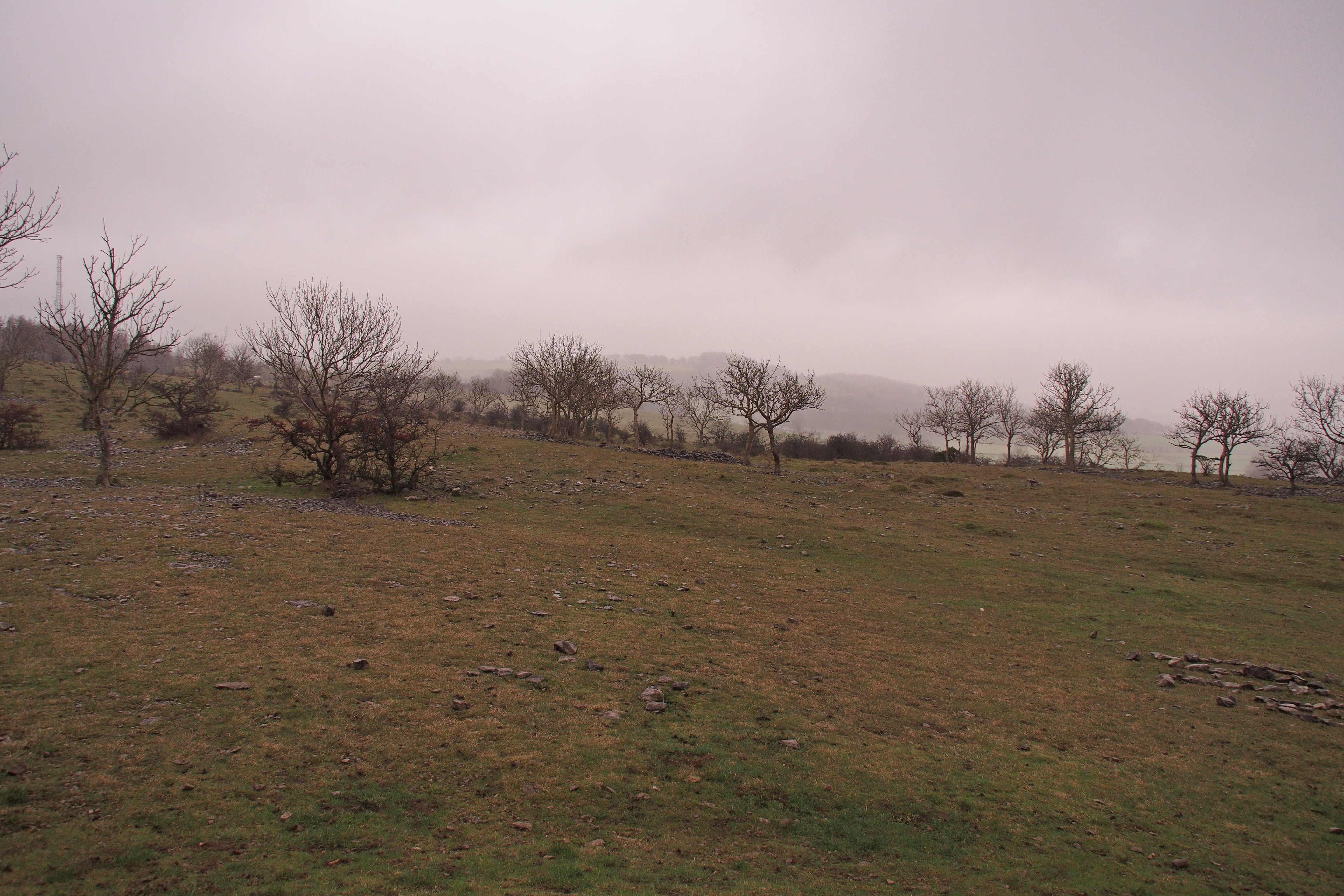 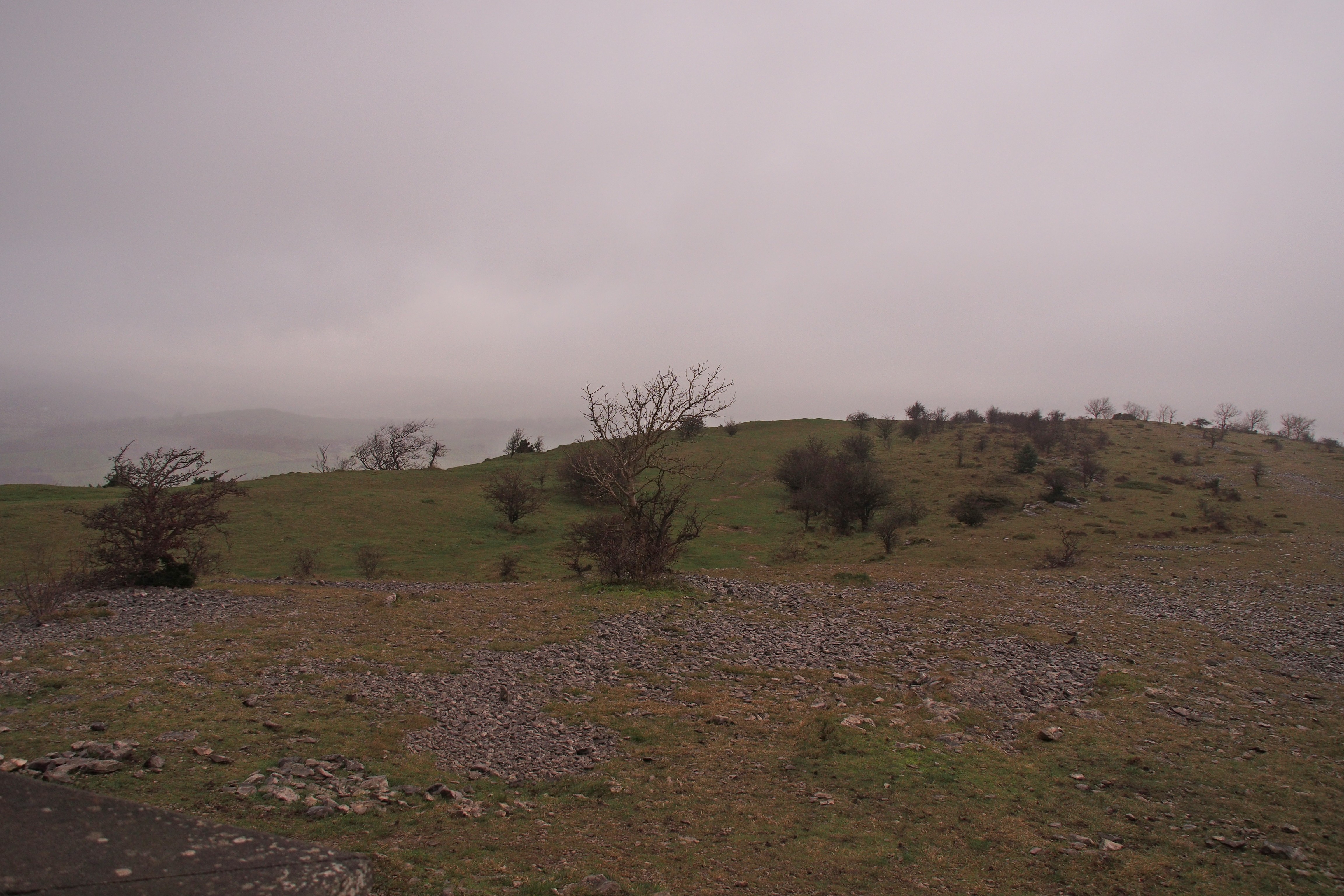 The whole walk took us just short of two hours but on a good day it would be much better to take longer, it is an easy walk but that doesn't detract from the fact that the views are well worth absorbing especially on a sunny summer afternoon or a crisp winters day


Ups and downs on the fells above Swindale.