our_route.gpx Open full screen  NB: Walkhighlands is not responsible for the accuracy of gpx files in users posts
My only plan as such for today was to summit Fiarach; the rest of the route would take care of itself. I would just alight the train at Crianlarich and play it by ear. Conditions were overcast, so the pictures aren't the best.
From the station I took the well made path linking Crianlarich to the West Highland Way. 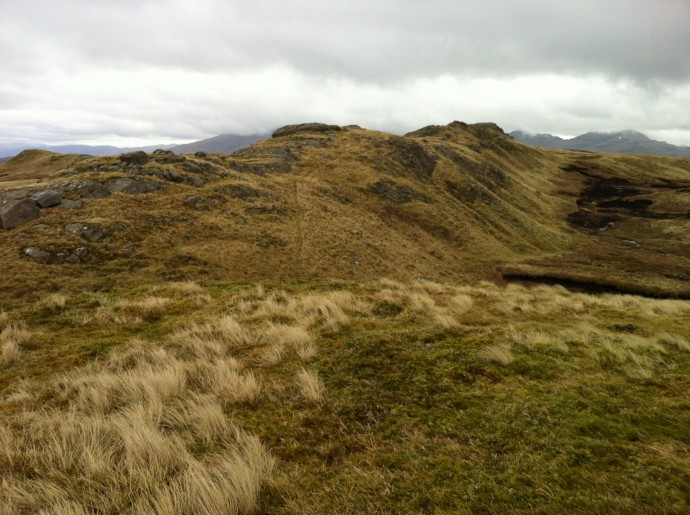 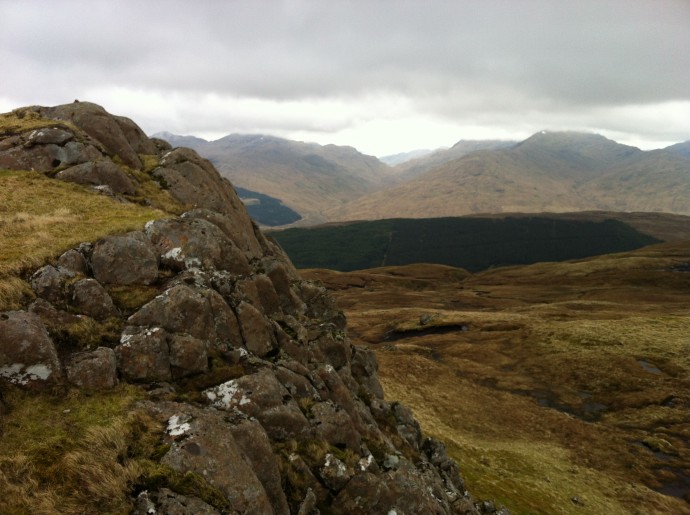 After following a couple of forest breaks, it was a shock to suddenly hit the well-graded thoroughfare of the WHW. I met not a soul all day, not even here on the Way. Back at the junction at 376251, I had time to detour to the NNE down the track (confusingly signposted Bogle Glen; on the 1;250000, Bogle Glen is on the other side of the small col). The track reached the A82 just outside the village, from where it was a short walk back to the station. Turned out i had far more time than I thought, as I got the train times completely wrong, resulting in a 2 hr wait for the 19.30 train (the 17.30 only runs on Saturdays) ....doh!
Click to mark this as a great report. Register or Login free to be able to rate and comment on reports (as well as access 1:25000 mapping).