Well here goes for my first attempt at a walk report so please excuse any misteaks ( spelling,grammar,etc. ). I have had my proverbial eye on these two for a wee while now and a recent trip in the last ten days to climb Bidean Nam Bian & Stob Coire Sgreamhach plus my mate Joe telling me that it is " one of his favourites " just settled it for me. The only thing that was holding me up was that window of opportunity ( weather and more importantly no more jobs needing done around the house! ) , so it looked as if Friday 27th August was the best bet out of the days I had left of my holidays. set my alarm for 6.00am and off by 7.00am leaving Kilmarnock bathed in glorious sunshine, that was short lived by the time I reached the outskirts of Glasgow I had hit patches of dense fog ( Aw Naw! ) according to the chap on the radio the fog would burn off! was that for the Glasgow area or everywhere?. There were more patches of fog until I reached Luss where i was greeted by the sight of Ben Lomond bathing in brilliant sunshine and clear blue skies ( gaun ya dancer! ), the going was good until I reached the other side of Tyndrum only to bee hit by real dense fog ( about 150 metres visability! ) this was patchy until I reached the summit of Rannoch moor where it was like coming through a curtain to see the ever impressive sight of Glen Coe basking in sunshine,blue skies and the occasional cloud well above the summits ( gaun ya beauty! ). By the time I parked up in the tourist information car park in Ballachulish the weather was still looking very good this was confirmed by the time I was booted & suited the sun was burning the back of my neck, oh well! soft shell straight into the rucksack. As I started walking along the road to the Primary school the ridge up to Sgorr Bhan was already prominent, passed the school and onto the right of way and there it was, a whisper of cloud teasing the ridge of Sgorr Bhan never mind onwards and upwards as they say! stopping every now and again to soak in the views as the opened up before me 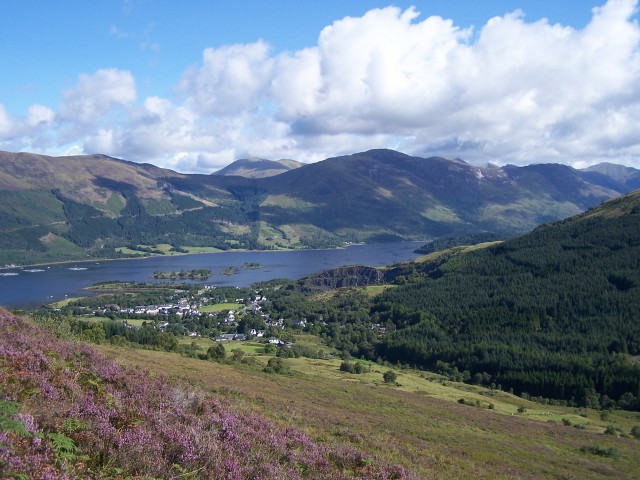 I took this opportunity to have a spot of elevenses before heading down to the col and then onwards to Sgorr Dhearg. it is when you get to this point that the panorama really unfolds before you and you realize that you are indeed in the middle of a really special walk 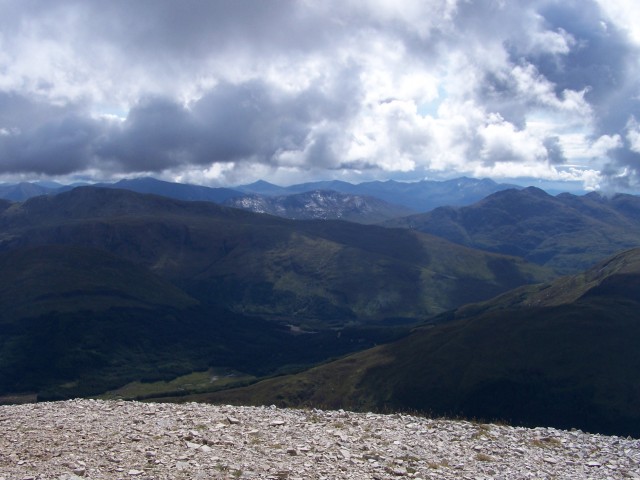 .From this point you could see patches of rain in various locations but still quite a bit away ( here's hoping ) it was quite amazing standing there on Sgorr Dhearg bathed in sunshine but as you can see from some of the photos there is a mass of dark grey skies,blue skies all around! On to the final summit Sgorr Dhonuill .when I reached the summit of Sgorr Dhonuill I was surprised to see how "roomy" the summit was and once again the views were stunning ( no the one wi me innit though! ). I must take this opportunity to thank a local resident of ballachulish ( JOHN ) for taking the photos of yours truly and for the company from Sgorr Bhan all the way back to Ballachulish ( to say he knows the hills like the back of his hand would be an understatement. 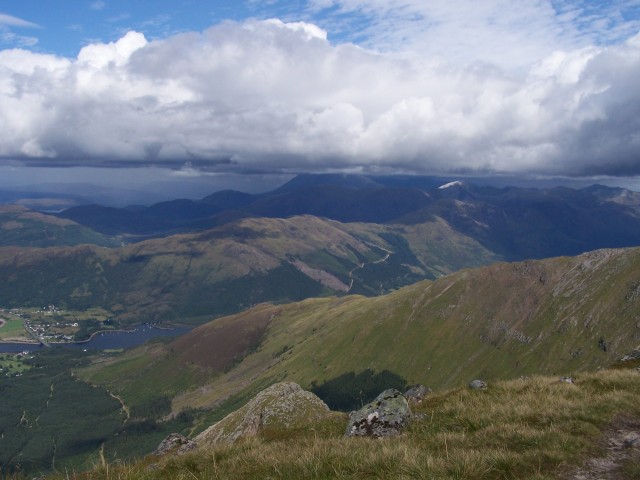 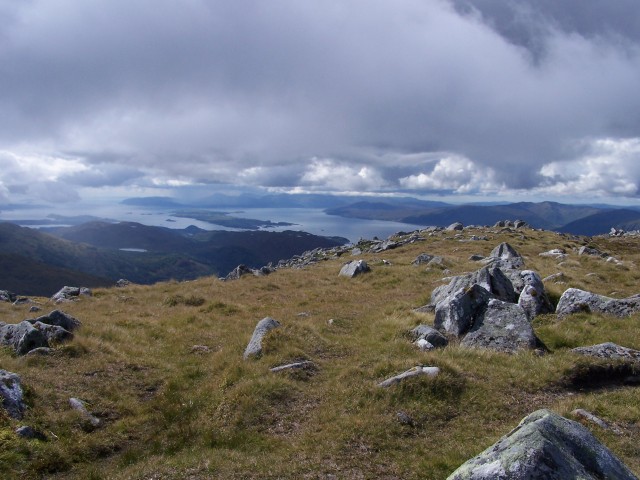 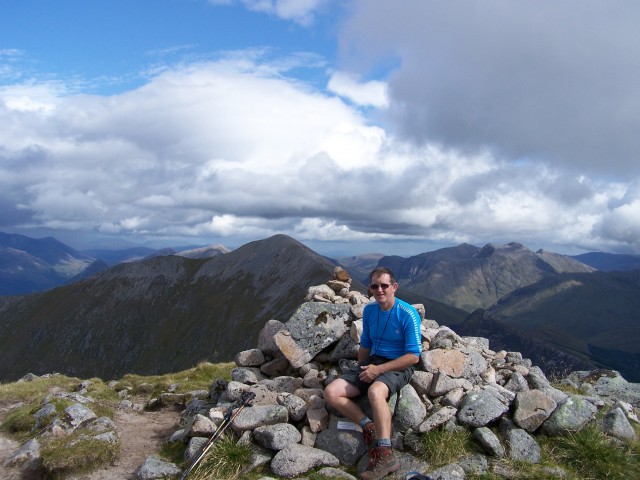 .From here it was by the text book or should I say by the SMC's guide to the munro's, that is down to the col between Sgorr Dhonuill & sgorr Dhearg and follow the line of fenceposts until you hit the tree line from where you follow the path until you hit the forest road, where we got caught in a small shower of rain, and from there you just follow it downhill until you reach the church where it is a straightforward walk long the path to the days starting point at the tourist information in Ballachulish
Click to mark this as a great report. Register or Login free to be able to rate and comment on reports (as well as access 1:25000 mapping).