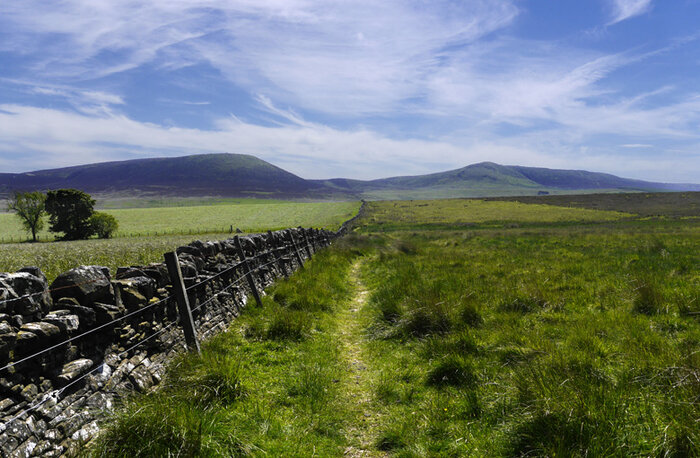 It's quite an impressive view looking up to the pass between the two hills. One can well imagine the drovers slight trepidation as they wondered what (or who) might we waiting for them in the wilds beyond 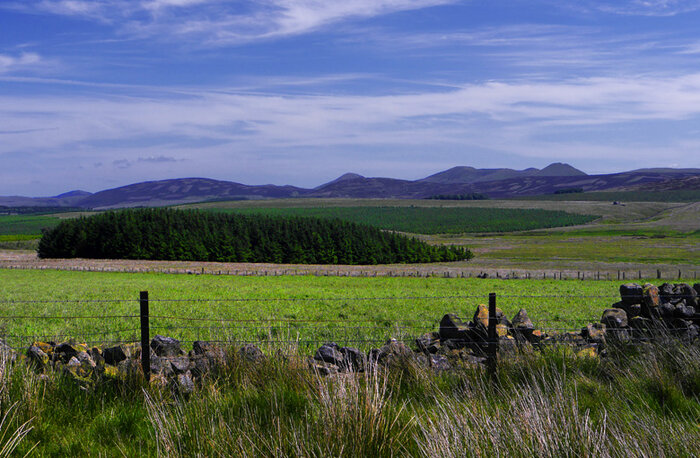 Looking L to Scald Law and its neighbours in the distance 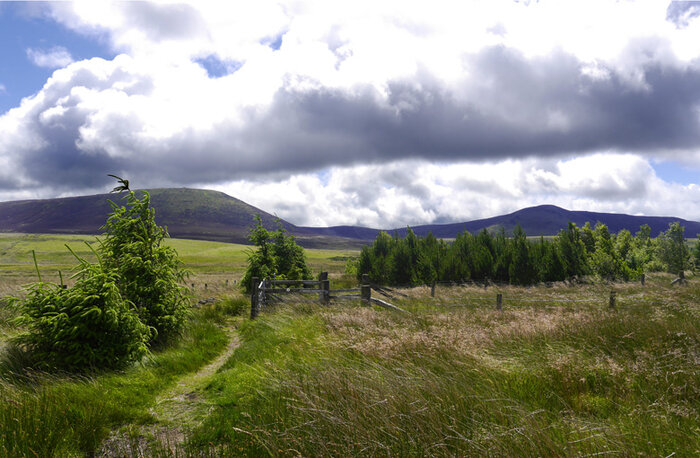 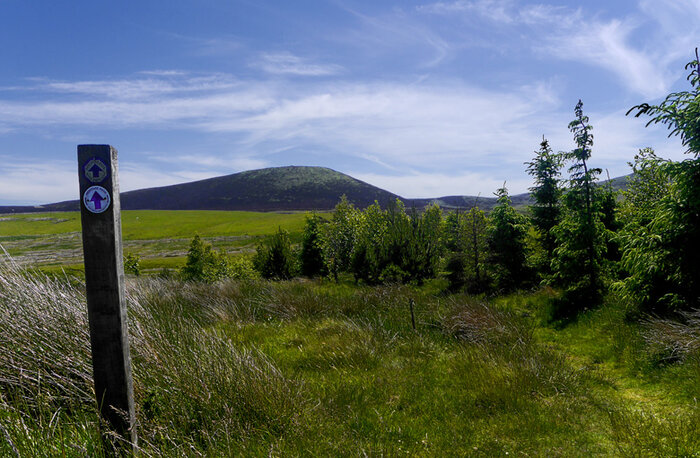 The track is very well maintained with board walks across all the ditches - though they were unneccessary today as the ground was very dry. After descending the first field the track heads into a section of recently planted trees - not yet on the map 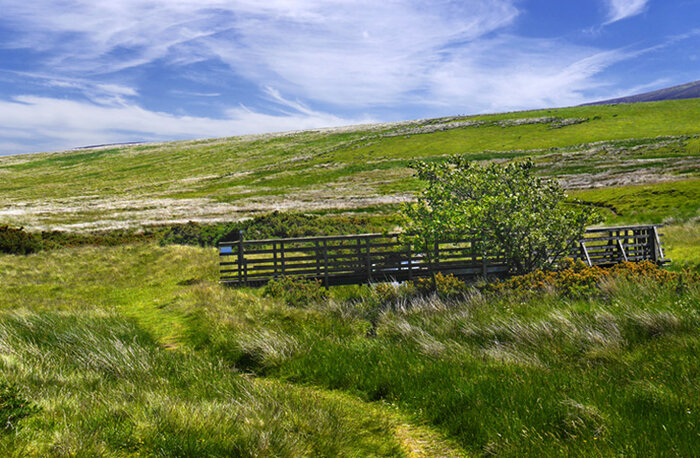 The bridge over the burn at the low point 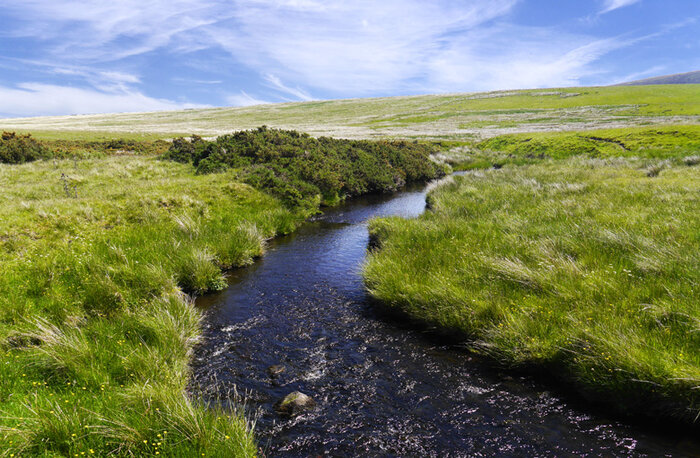 View from the bridge
Across the bridge a herd of cows and calves were grazing on the farmland. I talked nicely to them and they ambled away. I guess they must be used to walkers by now. Beyond here the track becomes heathery and starts to climb gently. 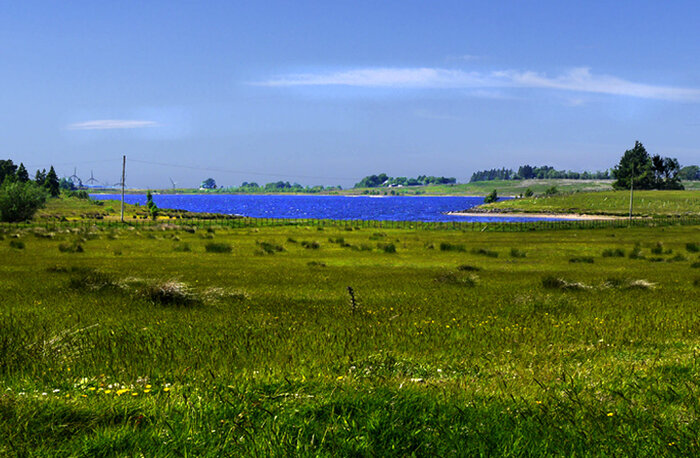 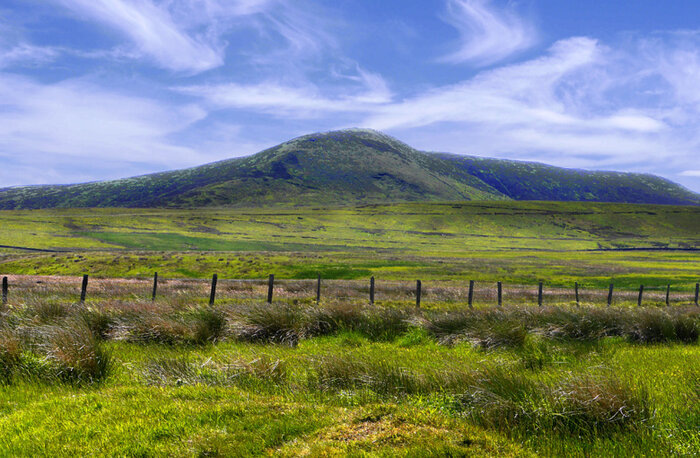 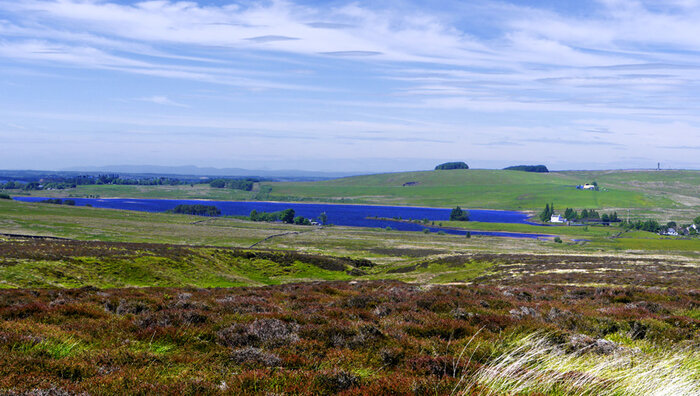 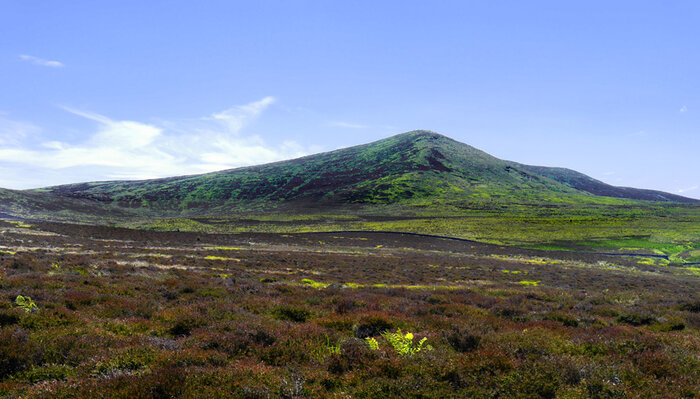 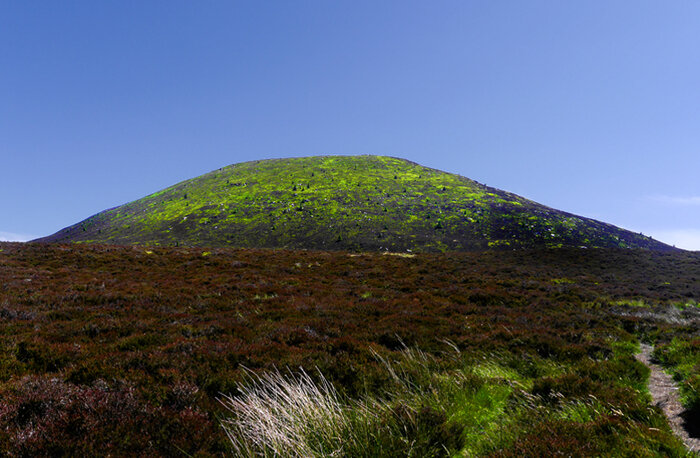 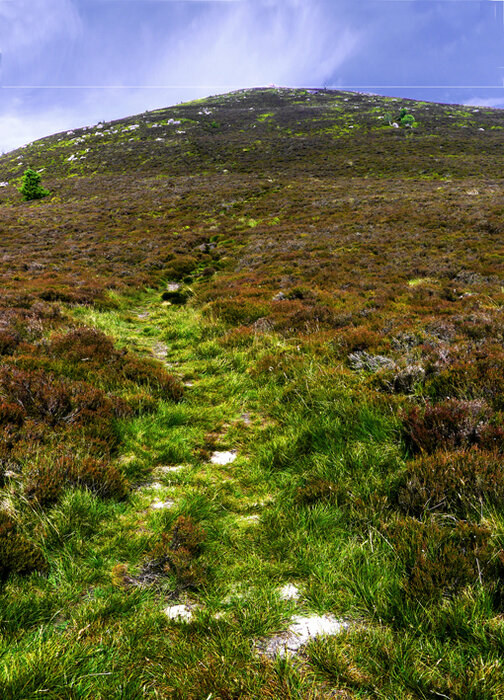 The narrow path on the L climbs steeply up to East Cairn hill,, but I decided to do the slightly more remote West Cairn first and descend this way 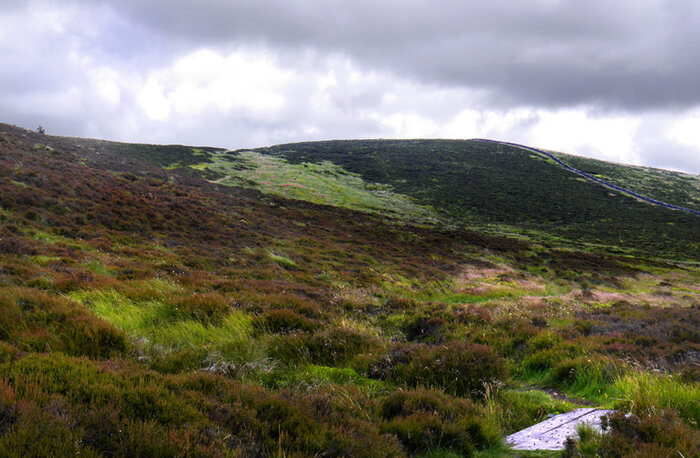 From the same point the easy angled slopes to the pass 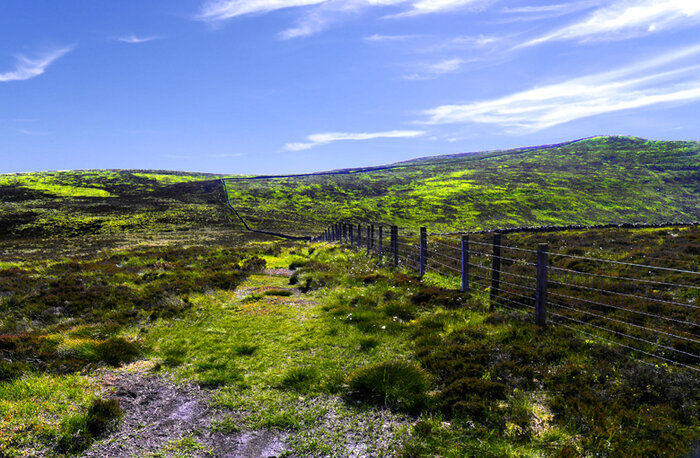 At the pass I went through the gate and headed R along a fence and then a wall: the path was not always distinct and would clearly be boggy in wetter conditions 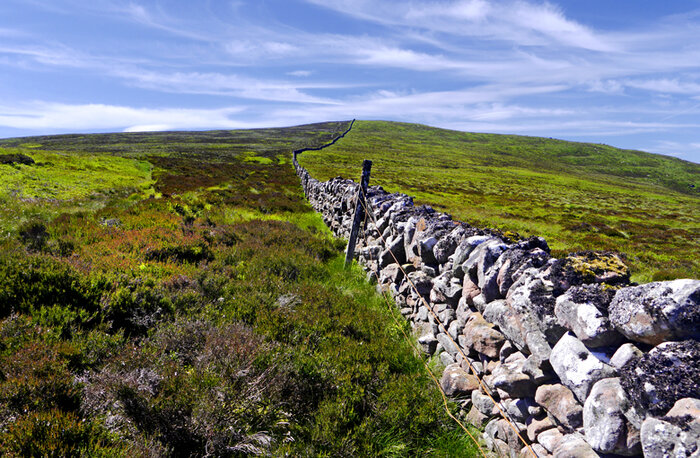 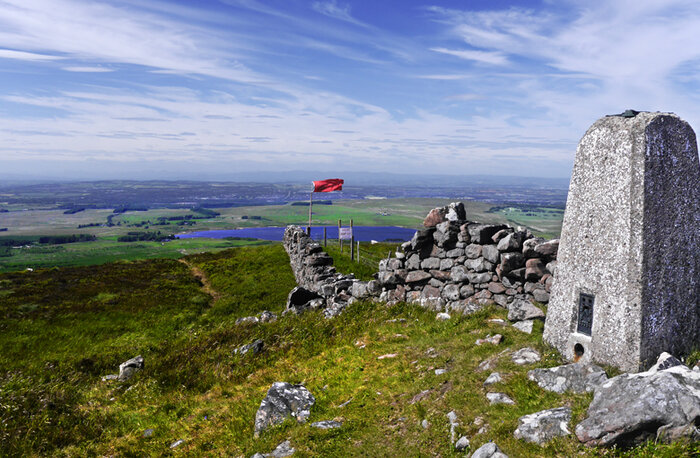 The summit of West Cairn is complicated by the junction of two fences - the trig point being separated from the summit cairn. A red flag waved above a notice warning you to keep out. I gathered later that there is a rifle range somewhere below 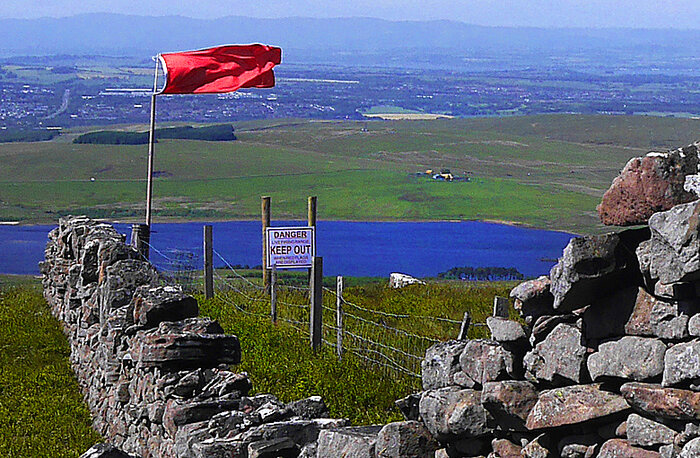 Detail of the notice 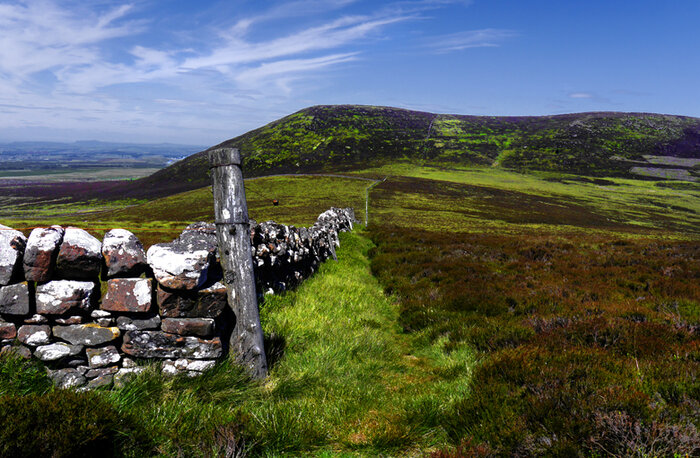 I returned the same way: looking down to the pass from the wall corner 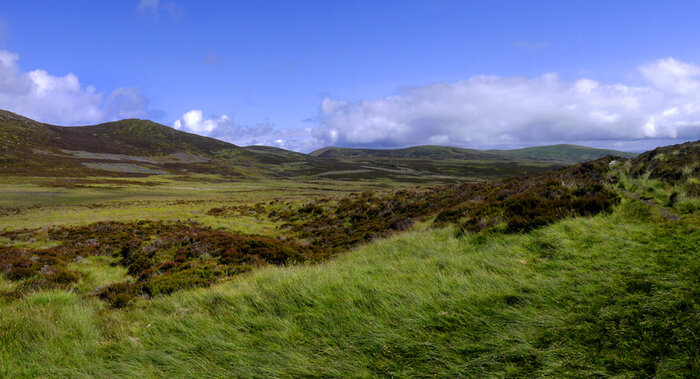 From the pass the hills to the South 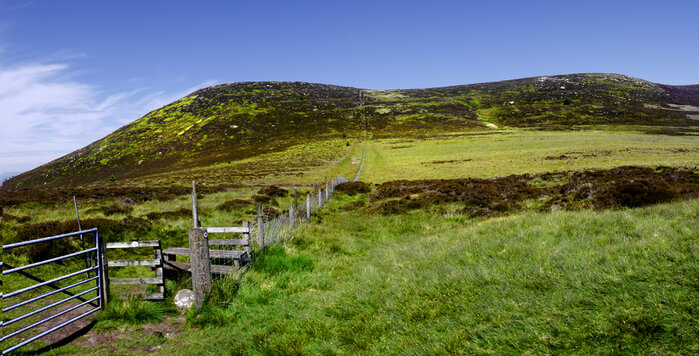 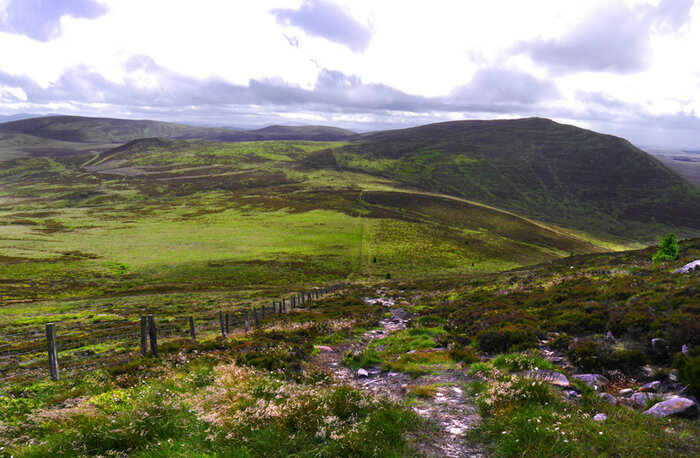 Looking back down from near the top 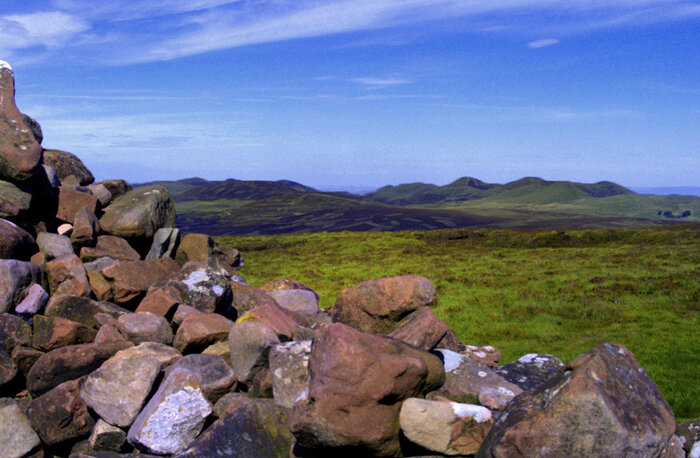 Scald Law and co from the summit cairn
i was feeling quite tired by now, and in the strong wind couldn't be bothered to trog over to the slightly higher top around a km further East

. The same wind kept blowing my sunhat off, so I stuffed it in my pocket and descended the steep path back West. It headed straight down with no zig-zags and I found it quite hard work. At the bottom the sunhat was gone

but there was no way I was returning to look for it.

I returned to Little Vantage and drove home.
Two weeks later needing some exercise and feeling slightly guilty about omitting the high point I returned, but this time climbed the steep path to the 561m cairn, ambled over the boggy tract to the tiny cairn that marks the 567m summit, and returned the gentler way to the pass. I found this a much easier way to do the hill 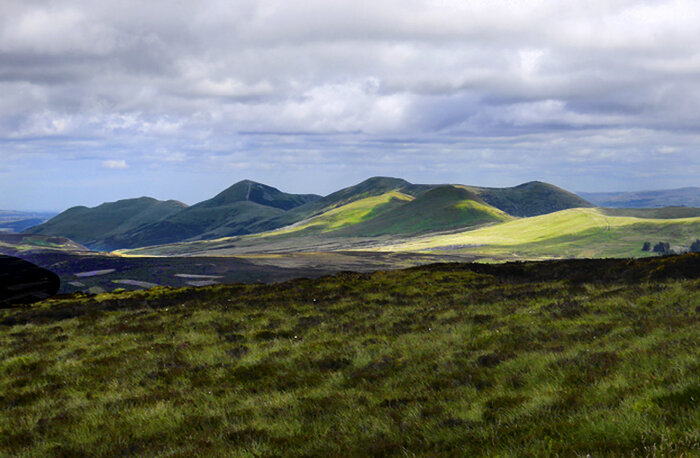 Another view of Scald Law the Kips etc. from the 561 cairn 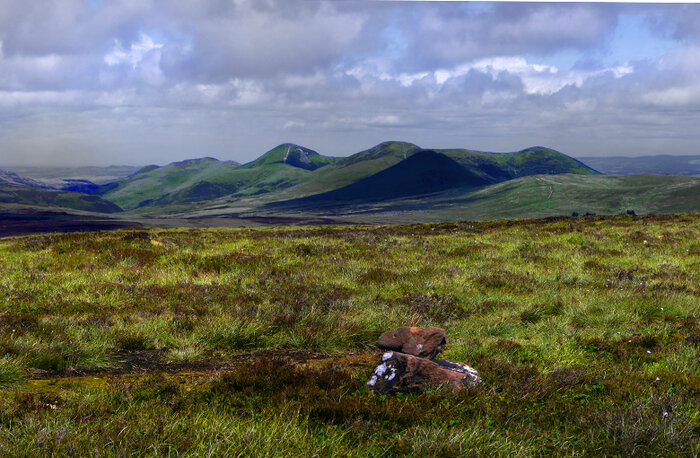 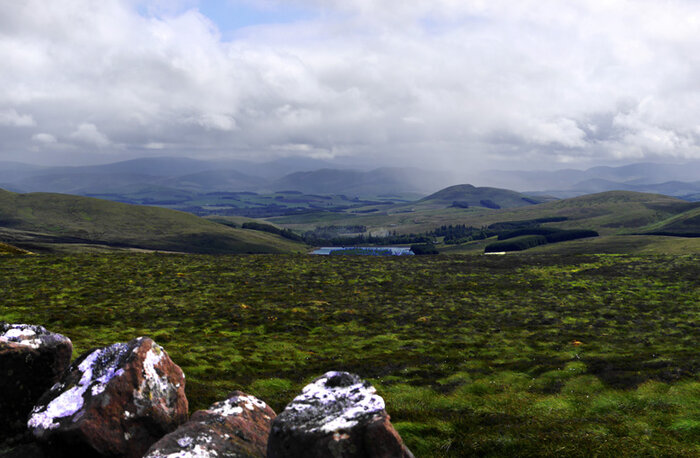 South to Baddingsgill reservoir
Click to mark this as a great report. Register or Login free to be able to rate and comment on reports (as well as access 1:25000 mapping).

A tour of the South Pentlands

A Tour of the North Pentlands