2019-10-29 Sour Howes and Sallows.gpx Open full screen  NB: Walkhighlands is not responsible for the accuracy of gpx files in users posts

A gentle walk today to try out Lorraine's new knee support. We planned to climb Sour Howes and Sallows via the Dubbs Road, reducing the amount of ascent and descent needed and giving us the potential to abandon the walk early if needed. As it turned out, the knee support seems to work well and no such early escapes were needed. 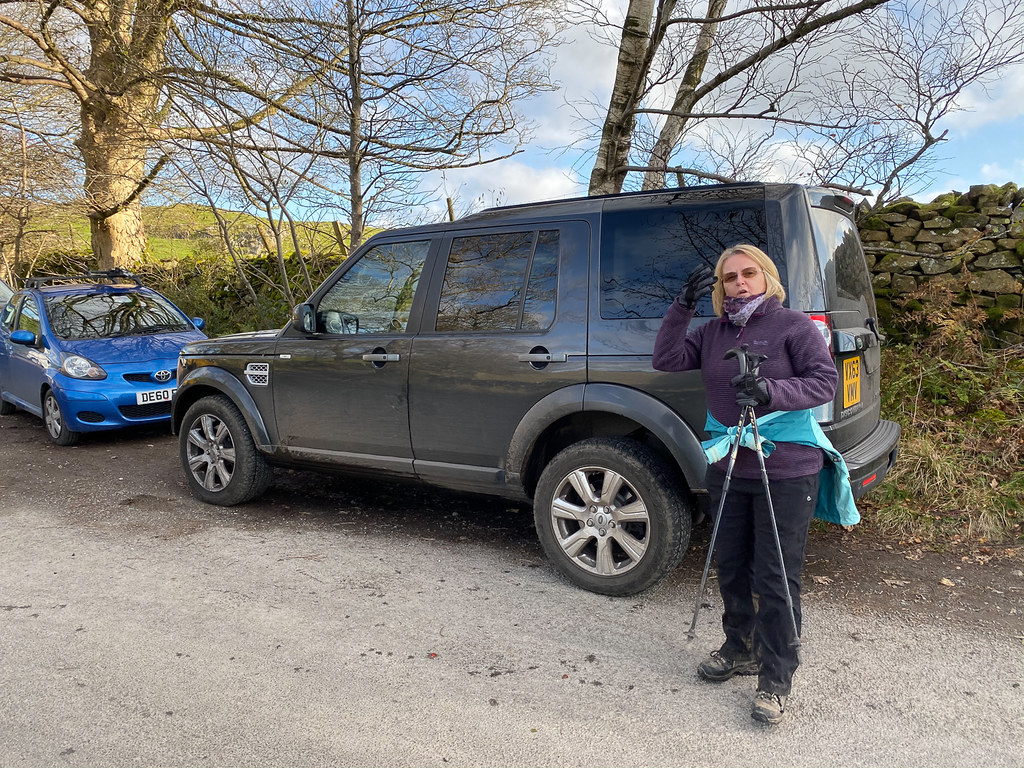 We parked at the end of the Dubbs Road - there were already a few cars parked there but we were able to find a spot. 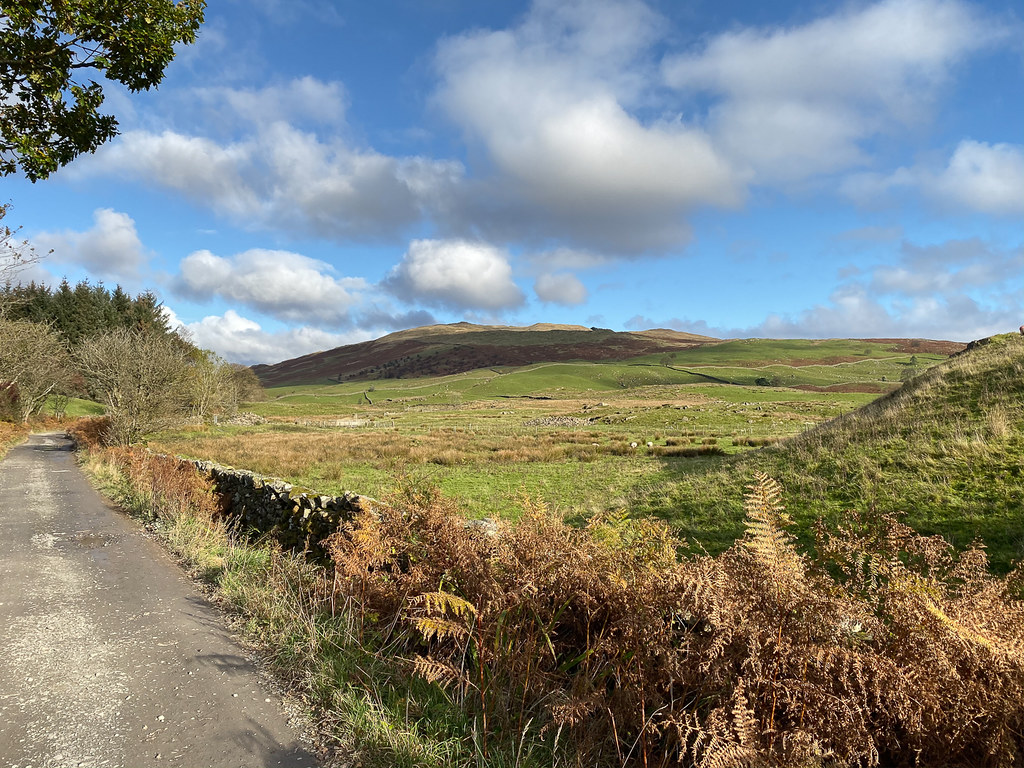 The walk along Dubbs Road was very easy - barely perceptible gradient and good surface underfoot. After passing the reservoir and continuing for another half mile or so, we came to an unusual stile giving access to the path up to Sour Howes.

Just after leaving the road and a few yards off the path there is a great viewpoint with views over Windemere and Troutbeck. 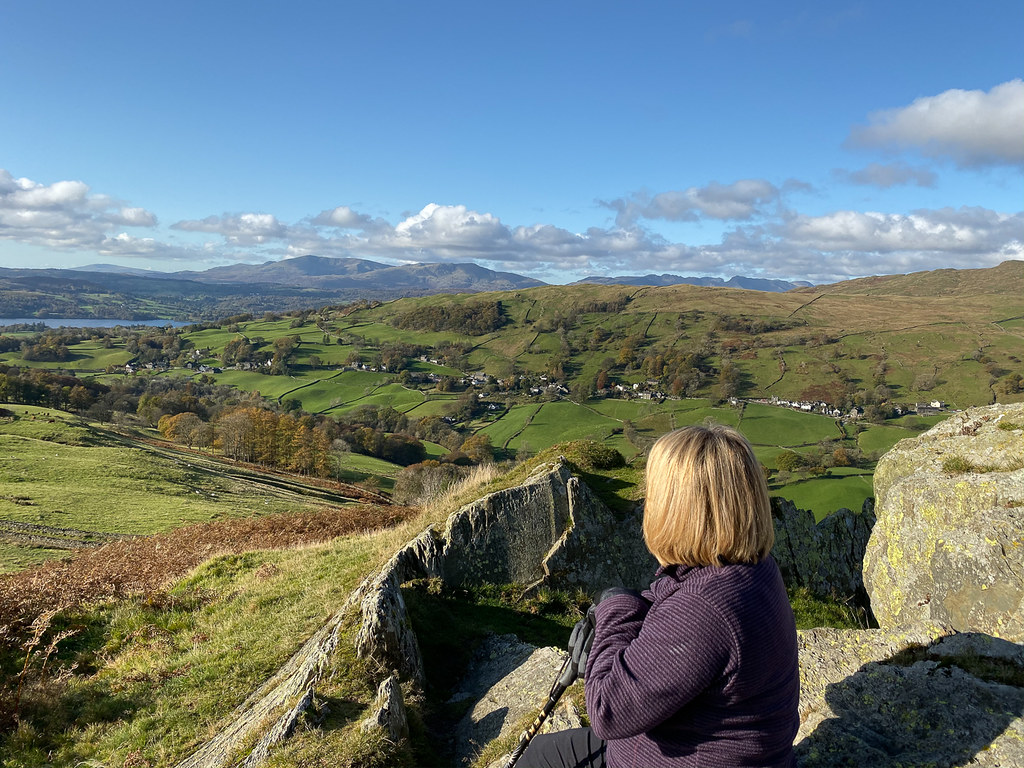 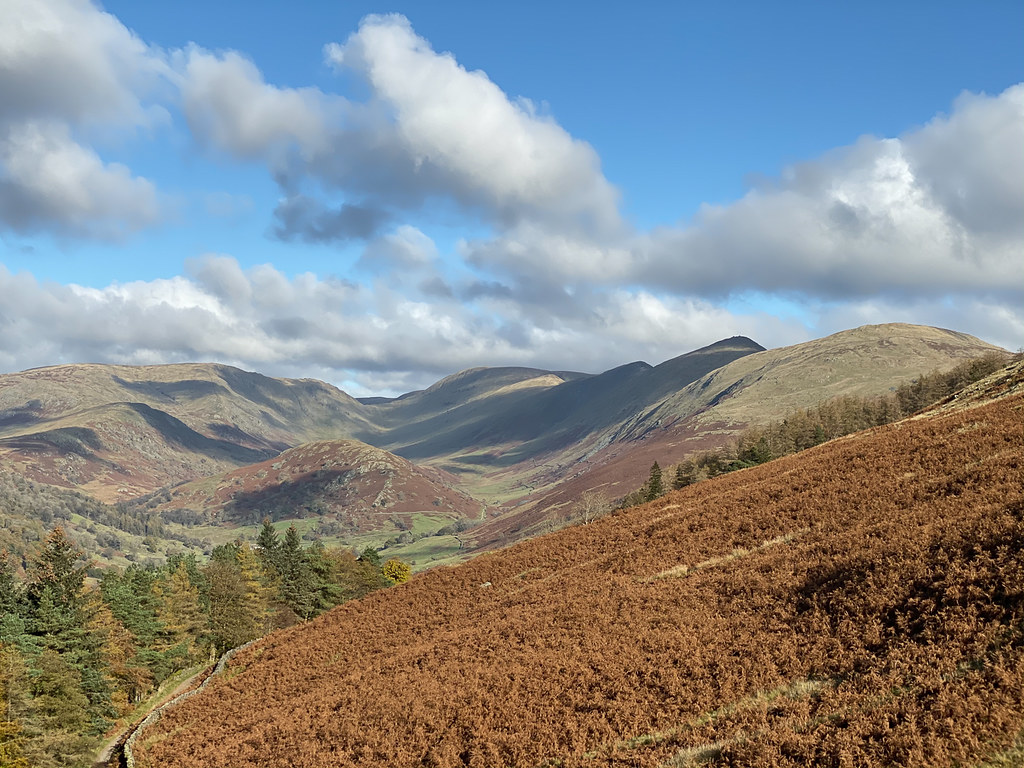 Some nice views ahead of the Yoke-Ill Bell-Froswick ridge that we climbed on Sunday.

Before too long we were on top of Sour Howes, and not very long after on Sallows. 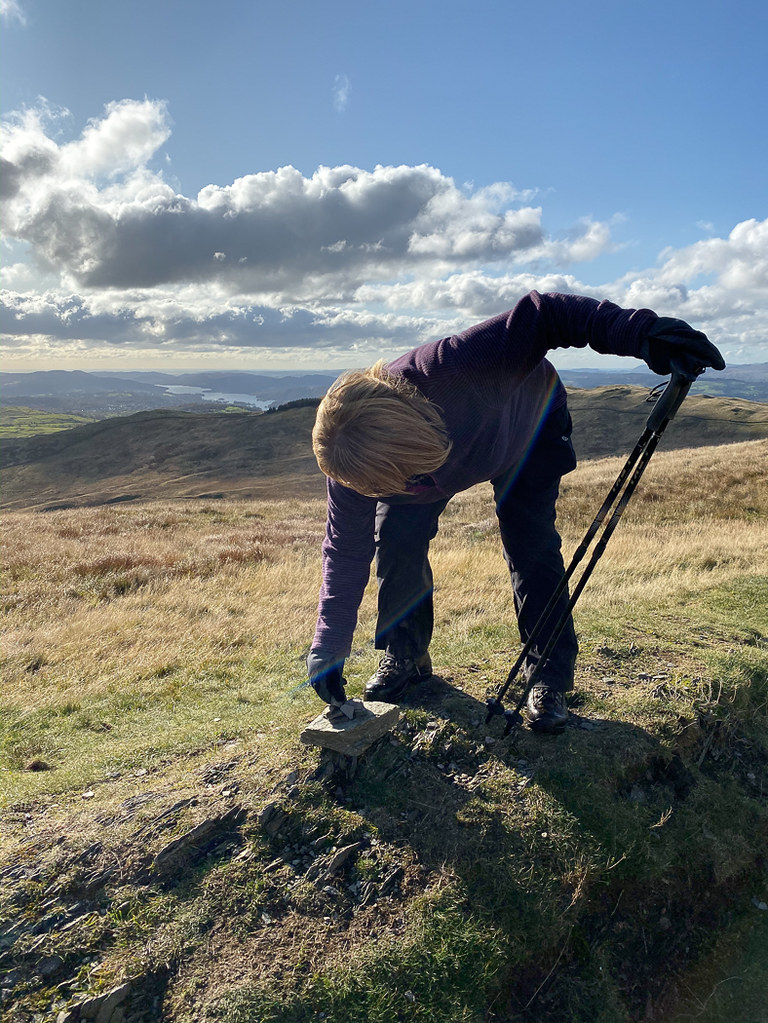 The summit cairn on Sour Howes was a bit pathetic, but the one on Sallows was just ridiculous. Lorraine tried to add a stone but the wind blew it off again. 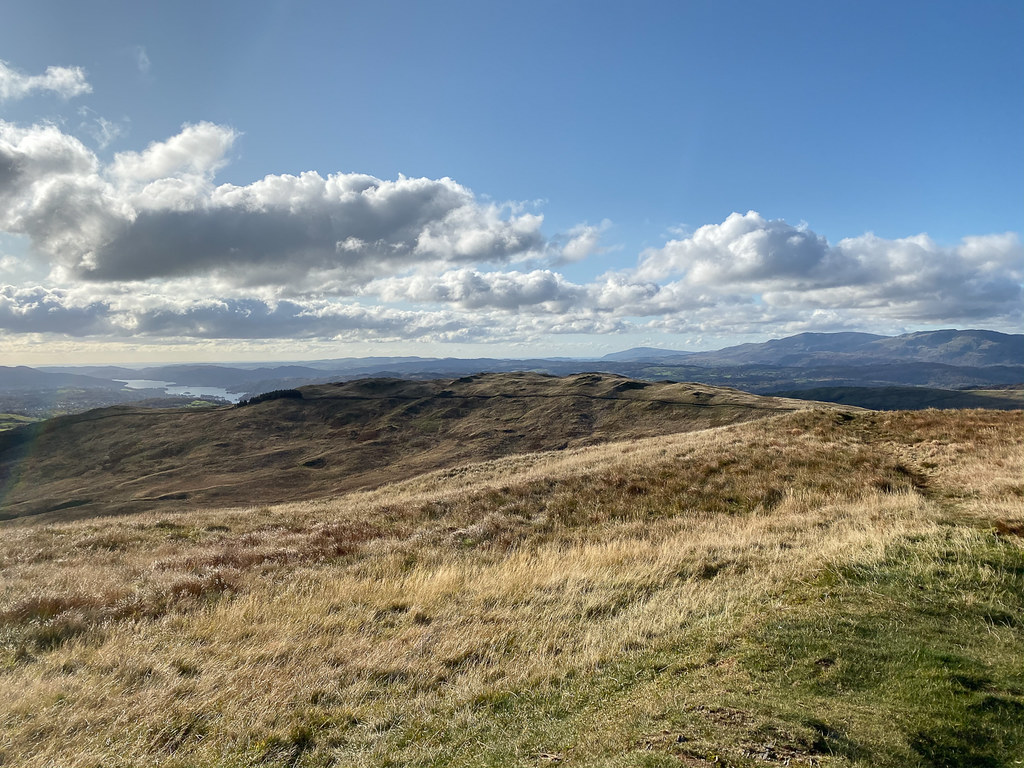 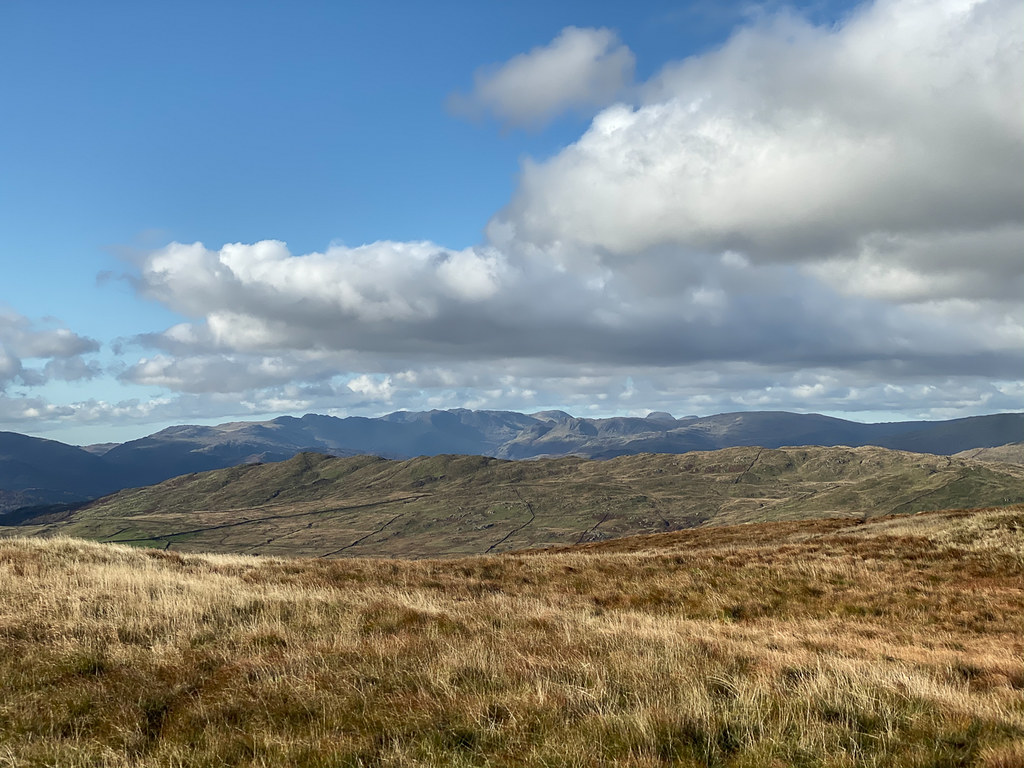 The views over towards the Conistion area, and of the Scafell group, were great. I think that's Great Gable sticking up there too. 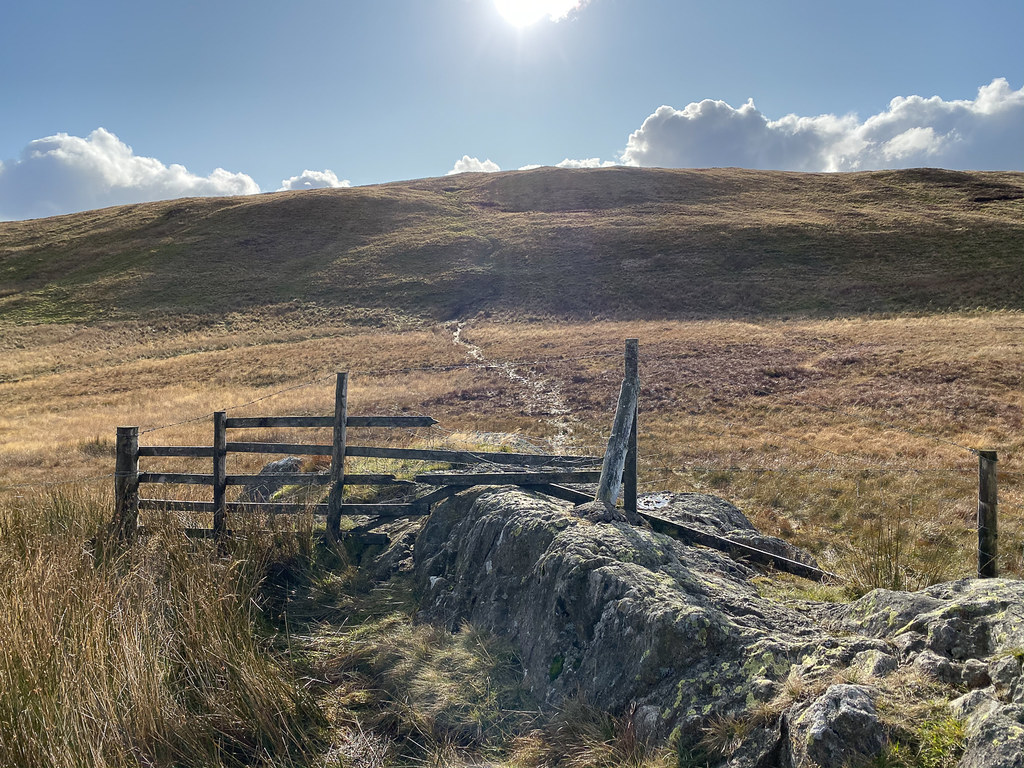 Back at the Garburn Road

The path down from Sallows to the Garburn Road was direct and steep but very short. No stile over the fence at the road, which was a little annoying.

After that it was an easy stroll back down along the Garburn Road then Dubbs Road and back to the car. Lorraine's knee held up well, so we may be able to get back to something a bit longer tomorrow.
Click to mark this as a great report. Register or Login free to be able to rate and comment on reports (as well as access 1:25000 mapping).